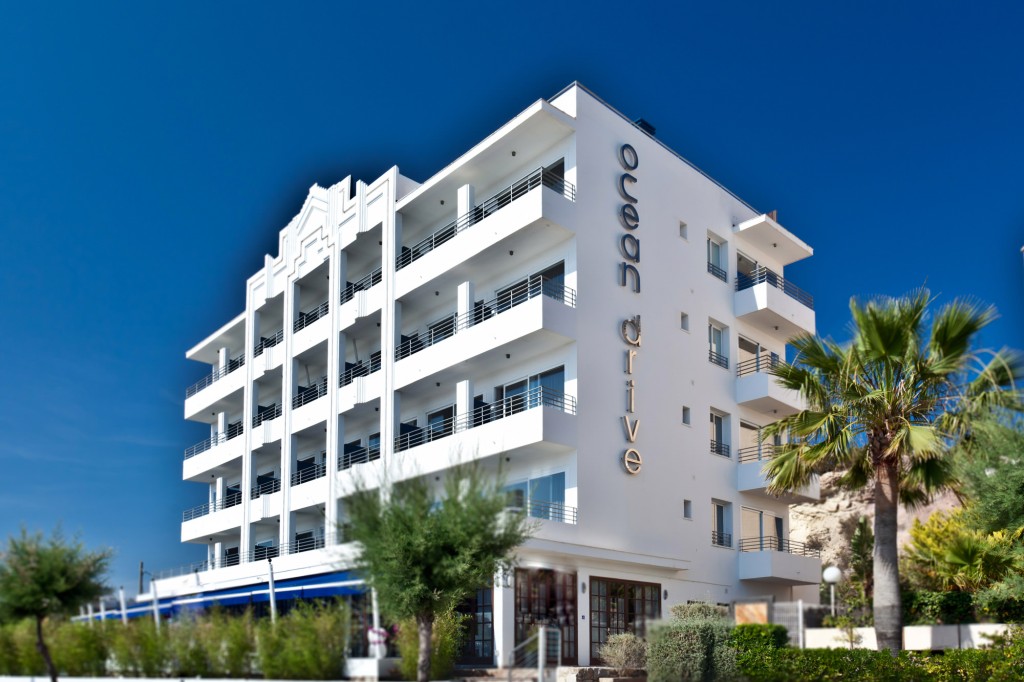 In the Marina Botafoc lies the Boutique-Hotel “Ocean Drive”, right next to giant yachts that have their berth here. For ten years Enrique Mandl had managed the design hotel with its 40 stylish rooms as well as more Ocean Drive-Hotels, inter alia on Mallorca and in Barcelona. Mandl, who previously worked in Vienna at “Imperial” and “Bristol” as well as in Frankfurt and London for hotels of the Luxury Collection, today is a passionate fan of the Balearic Island. “Ibiza developed phenomenally during the last years and can absolutely measure up to big, international places”, says Enrique Mandl. “When I came on the island there only existed one five star house, today there’re twelve.” A synonym for Ibiza’s development from a merely party-island to a lifestyle spot with sophisticated culinary art. 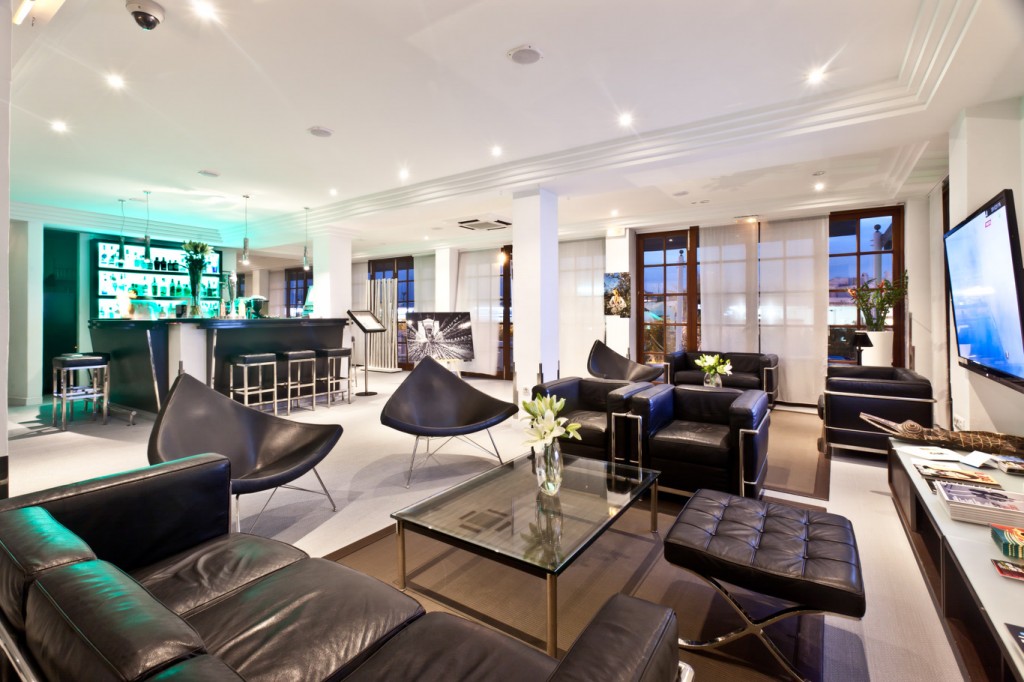 Mandl sees the development of Ibiza quite critical, as the storm of international hotel chains led to an explosion of the price level. “One learned from the crisis”, says Mandl, “new building license for more hotels aren’t available anymore and existing building stocks are only allowed to be reconstructed.” 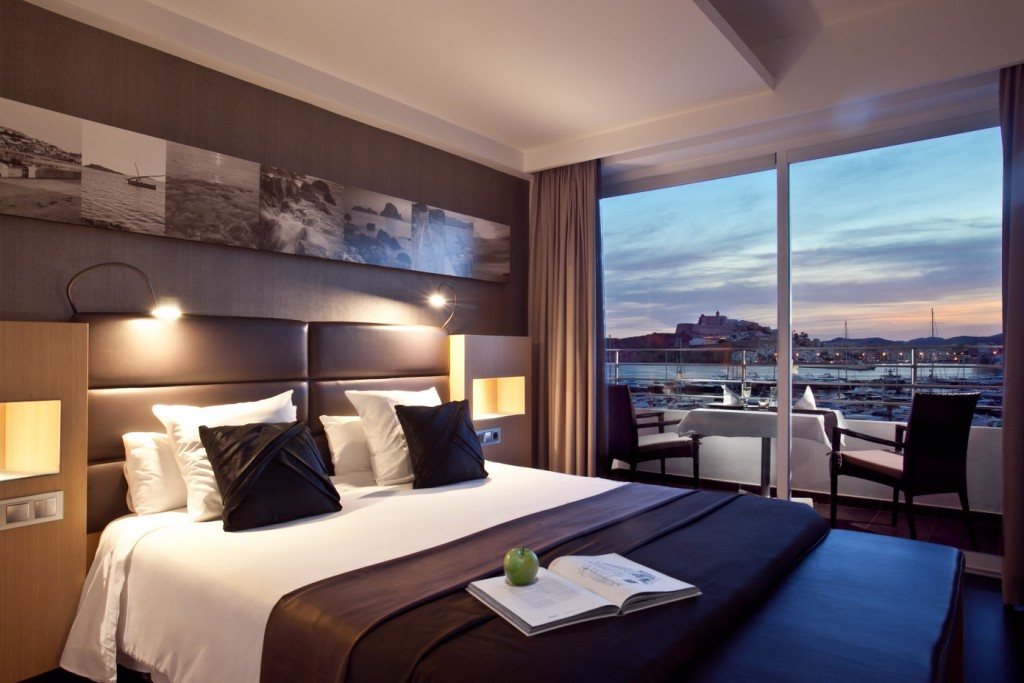 Elegant style with mid-century furniture: View from a “Double Room Deluxe” overlooking the harbor and the old town*

Concurrence stimulates the business and so Mandl got the idea to provide all guests with suites with their own Smarts for their time of stay. But this is surely not the only reason why the avant-garde of the international DJ scene has its accommodation here – like Martin Garrix, 19-years old international superstar, who only serves the superlatives like in Palm Springs at Coachella festival. 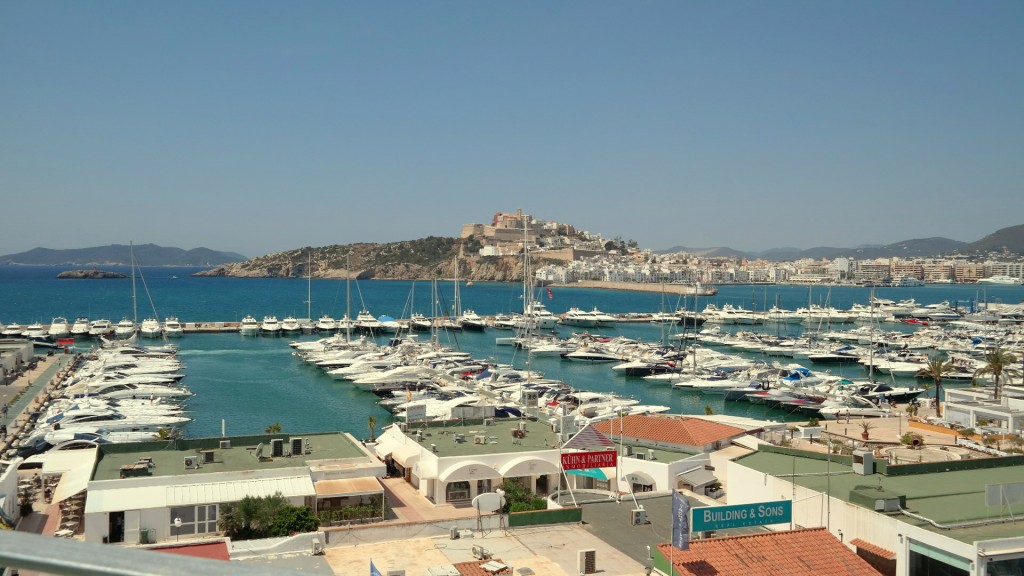 Being close to Ibiza’s club hotspots and also to harbor and old town, prominent DJ’s are regulars here at the Ocean Drive Hotel 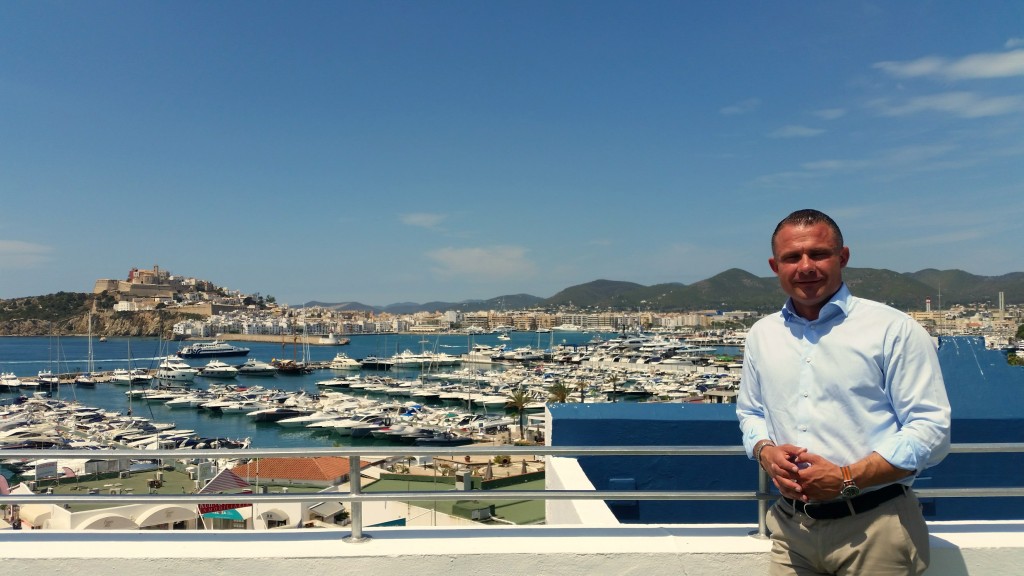 Former General Manager Enrique Mandl on the rooftop-terrace of the design hotel, who is now in charge of the new Ibiza Bay Resort & Spa, an upcoming 5* GL Hotel on the Island

Who checks in at Ocean Drive, enjoys one of the most beautiful views on the “Dalt Vila” – the old town of Ibiza with lots of nightclubs – from the roof terrace with its “Sky Bar”. As there’s not always deadly silence, the guest will find a ‘survival kit’ in his room: earplugs and a sleeping mask for a calm night’s rest.

The “Sky Bar” on the hotel’s roof terrace: Here the party goes on!*

“It is important to us that the guest feels like home”, describes Mandl the familiar atmosphere at his hotel. The General Manager renounced an own bureau and was rather looking for the contact to his guests – and his regular guests were not only thankful for this gesture. “At ours the guest is having breakfast until four o’clock in the afternoon and even gets the best burger of the town at two in the morning.” Well: buen apetito! BvH 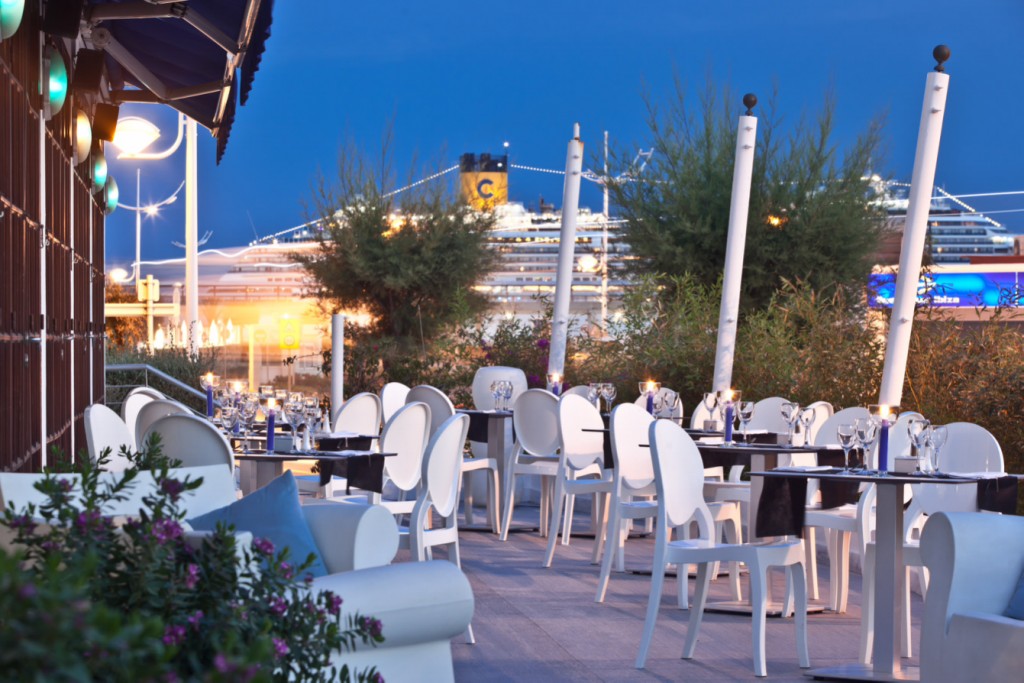 The outdoor terrace of the restaurant: from here you can join a wonderful view at the large, incoming vessels and noble yachts* 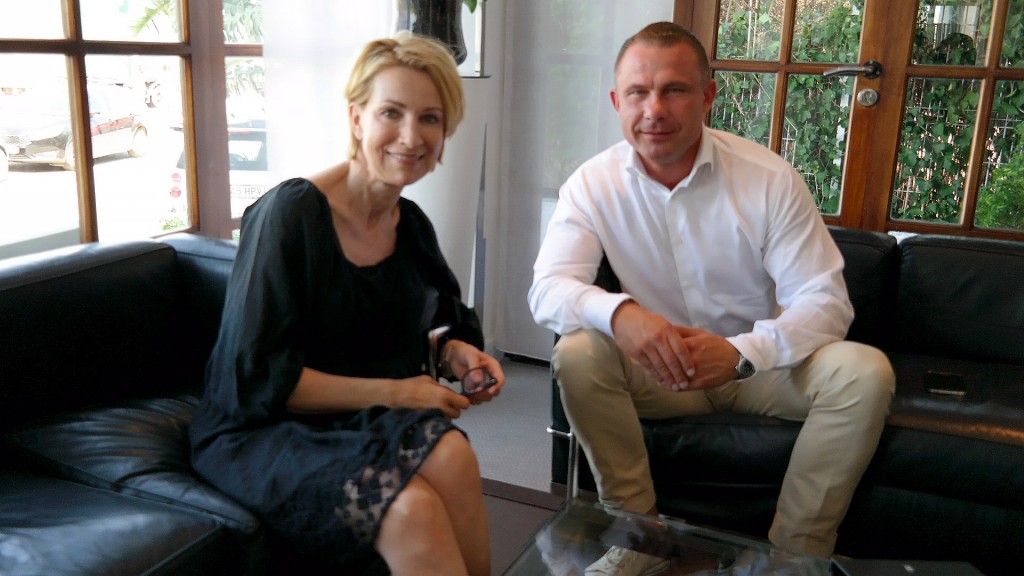 Enrique Mandl tells me his top Ibiza favorites of the season!

1. Last year the “Heart” in the neighbouring Grand Hotel opened, a restaurant with a new gastronomic concept under direction of Cirque du Soleil founder Guy Laliberté and century-cook Ferran Adrià. “This is more than spectacular for sure”, opines Enrique Mandl.

2. Beach clubs exist on Ibiza like sand at the sea. Now opened another one: “Tanit” at Playa d’en Bossa. “This is surely going to be a success, as the owner of Nassau beach club stands behind it”, discloses Enrique Mandl.

3. If you want to meet Jan Delay at Lunch you should go to “Fish-Shack”. “This is a fish stall in pure culture near Es Pouet in Talamanca. Here the best fish is being served at rough wooden tables”, fancies Enrique Mandl. “You won’t find other comparable authentic fish dishes on the island.”

4. The “Lio” – restaurant and show and a fantastic view over the old town of Ibiza – still counts to the highlights of the island.

5. “The old port is completely renovated”, tells Enrique Mandl. “All ships from 80 meters length onwards land there. Here you can see more than in Saint Tropez”.

6. Enrique’s favourite beach? “For sure the Cala Bassa at the West coast. It’s very relaxed and you’ll find a beautiful beach club as well.”