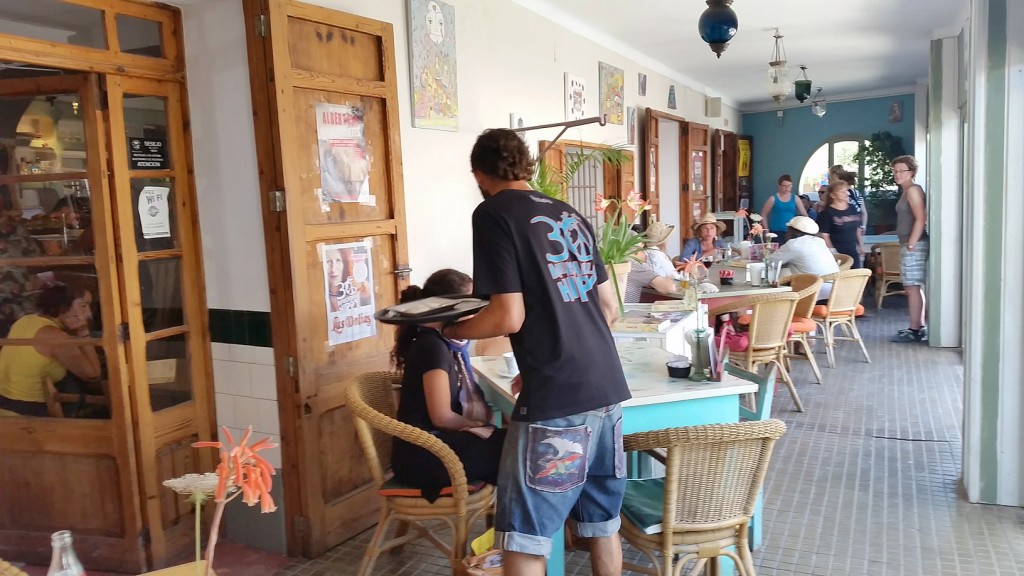 In this pub it all started over 60 years ago: Las Dalias in Sant Carles

I wonder whether the Spaniard Joan Mari would have ever expected that one crazy idea he had sixty years ago would now be the hot spot of the island of Ibiza and – for me – the world’s best hippie market! But first things first: In November 1954, Joan Mari, a farmer and carpenter Ibizan, opened a small bar, which he called Las Dalias. The whole neighborhood went on to Sant Carles to abut with the newly minted restaurateur. The beginning of a legend. 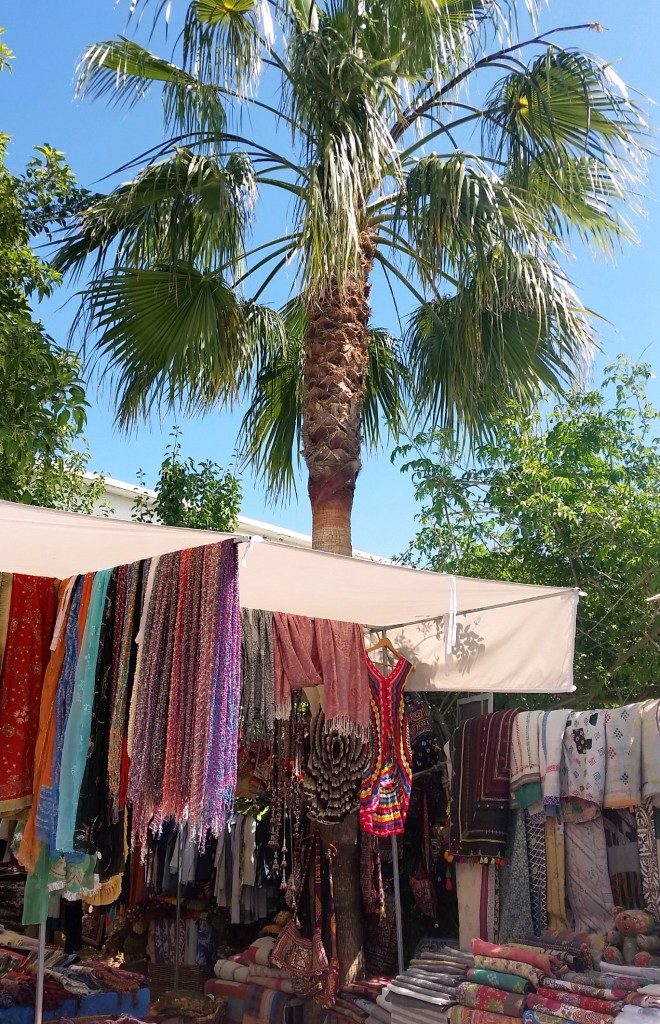 At that time, tourism did not exist in Ibiza. But the so-called Spirit of the island attracted power and aristocracy. Men like Aristotle Onassis and Prince Rainier of Monaco, who had already seen it all, came with their entourage to inhale the beauty of the island, because nowhere else they could find something as original and authentic as it was in Ibiza. 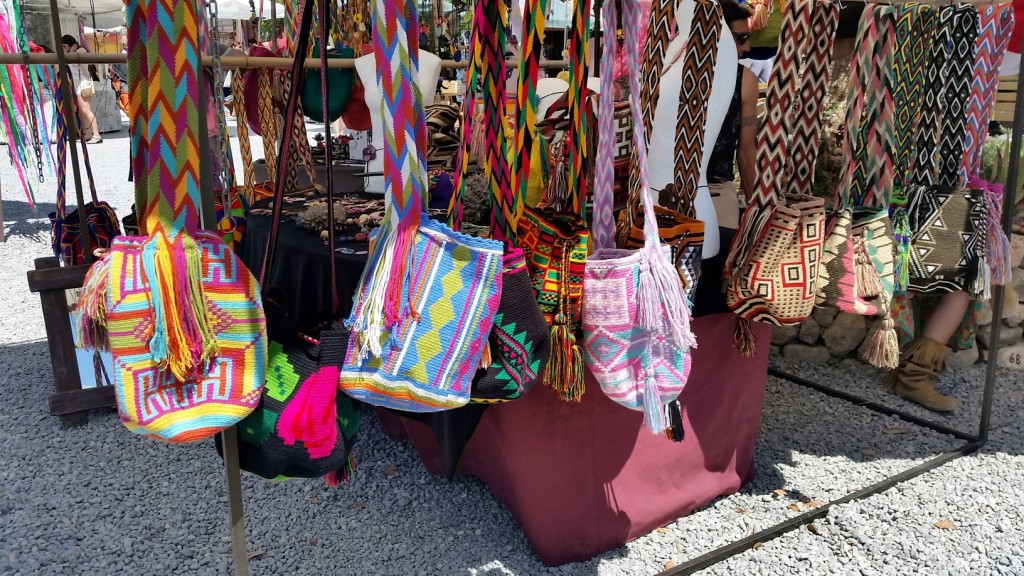 The „it-bag” of this summer: colorful cotton look in rainbow colors. Pretty and much cheaper than in German shops

In the 60s, the hippies came and with them Janis Joplin, Jimi Hendrix and Jim Morrison, followed by Bob Marley in the 70s. The beginning of flower power, peace- and freedom movement. And also the start of small stalls opening around Joan Mari’s little pub Las Dalias. 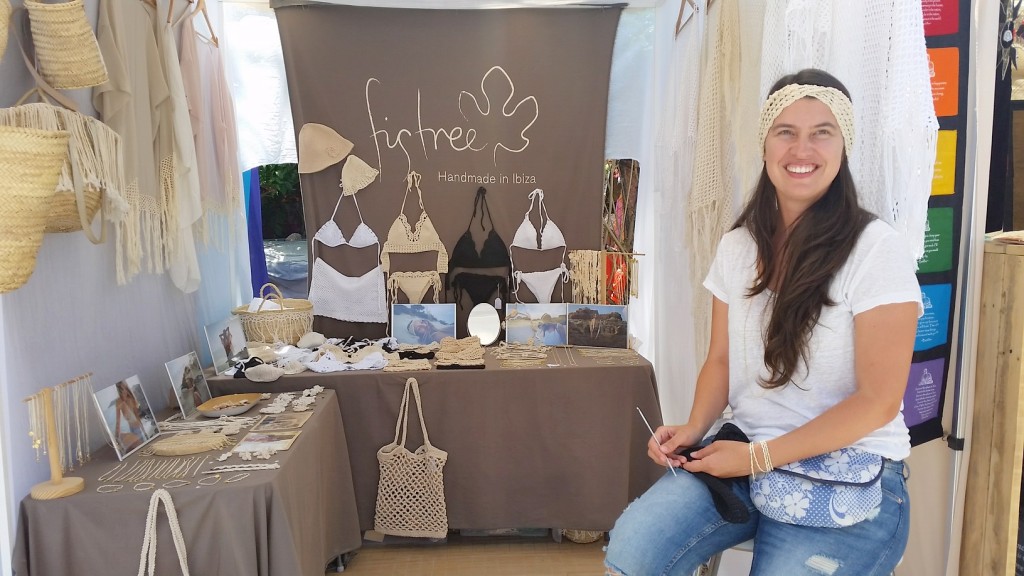 „Fig Tree“ is one of my favourite shops on the market of Las Dalias. Alba crochets fine cotton and hence beautiful bikins emerge, followed by bags and handmade jewelry: www.figtree-ibiza.com

Nina Hagen, David Bowie, Mick Jagger, Robert Plant, Bob Geldof, all got put under the island’s spell since then, and they have left their mark on the island and the market of Las Dalias. For the past 31 years, there is the hippie market Las Dalias – it is the most famous in Europe. 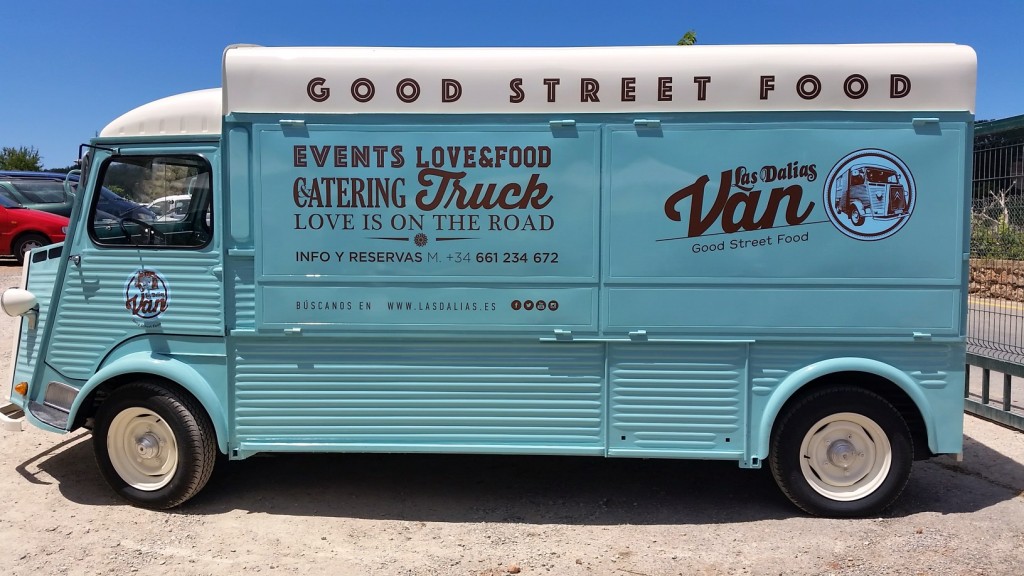 The idea of food trucks actually comes from California, but happens to be much liked in Ibiza as well

When Joan’s son Juanito took over in 1985, there were five stalls. Today there are more than 200 distributors who sell their goods under the bright blue sky of Ibiza, the cafes and restaurants invite you to siesta, the DJs play relaxing music, acrobats perform their stunts, there are live music acts. 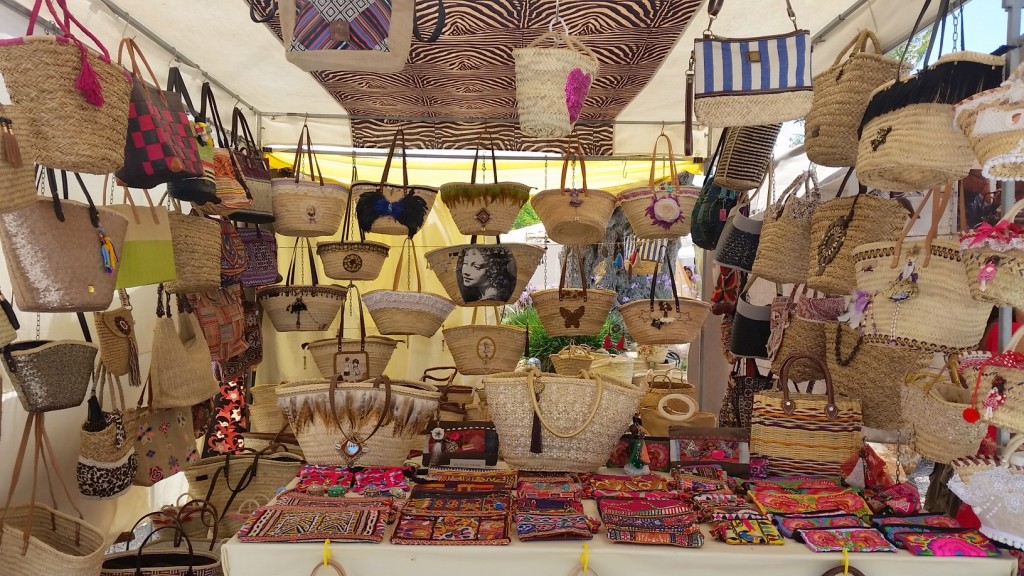 Fancy for beach or shopping: The classic bast bag should not be missed and is available in thousands of varieties in Ibiza

And that attracts visitors in droves: in summer, every Saturday more than 20,000 visitors come to Sant Carles. These huge gatherings of crowds you either like or hate. And still, the special atmosphere you only have here. Only on the market of Las Dalias I would like to be a hippie myself and imagine how Nina Hagen and her associates have, back then, celebrated their never-ending parties. BvH 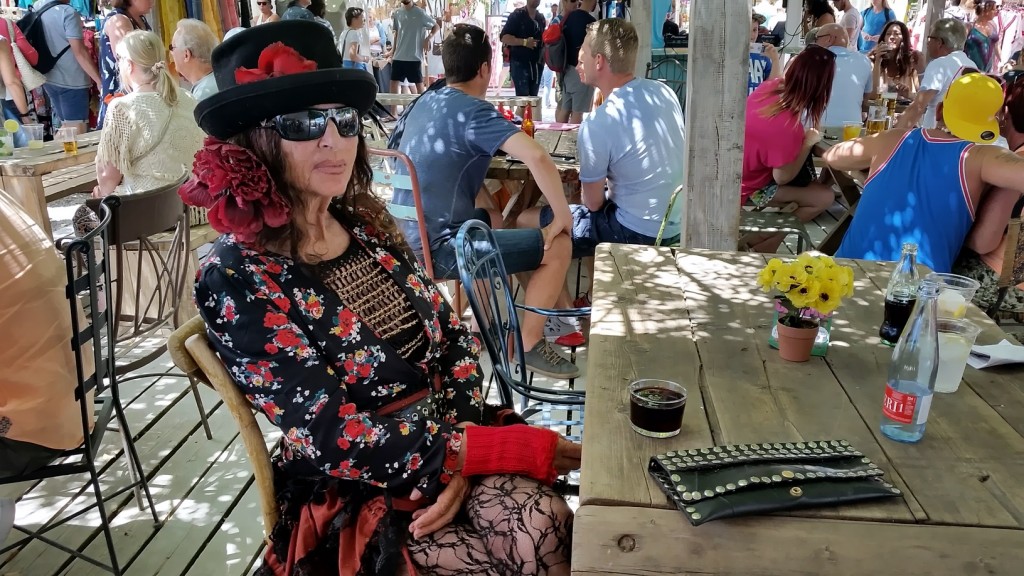 Mora is an artist and a relict of old hippie days. She can tell the best stories about the market: www.djin-mora.de

Here the DJ plays his music: Island groove around the clock 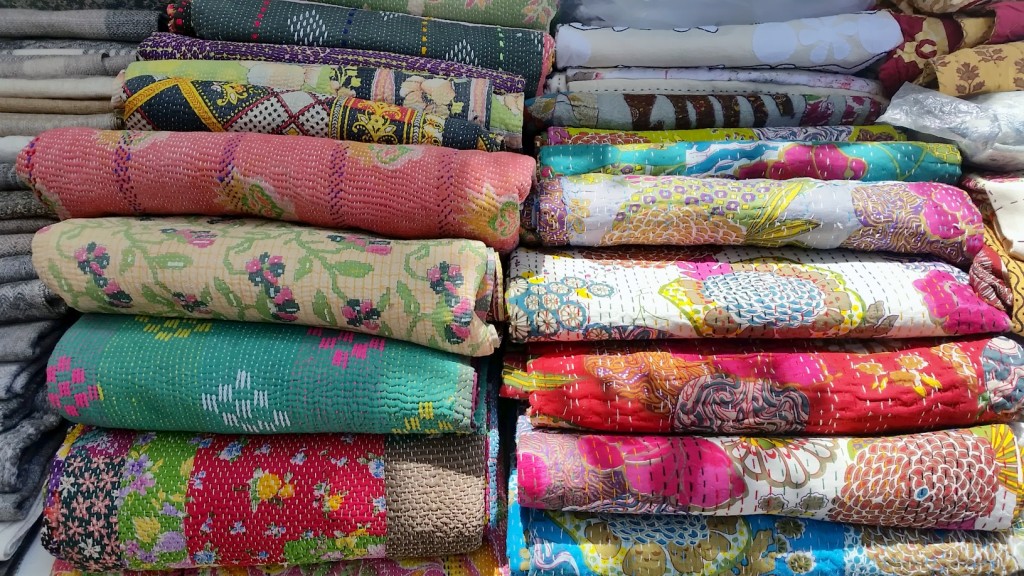 Looking for a new bed throw? Souvenirs can be found in each corner, such as these colorful cotton-plaids 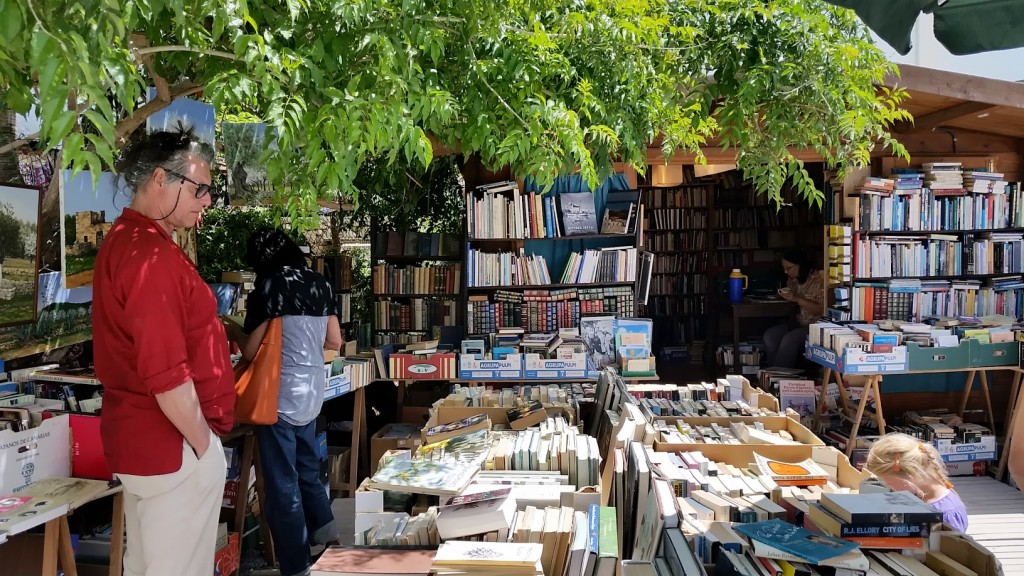 In the antiquarian one can find books in all languages, also a collection of German titles 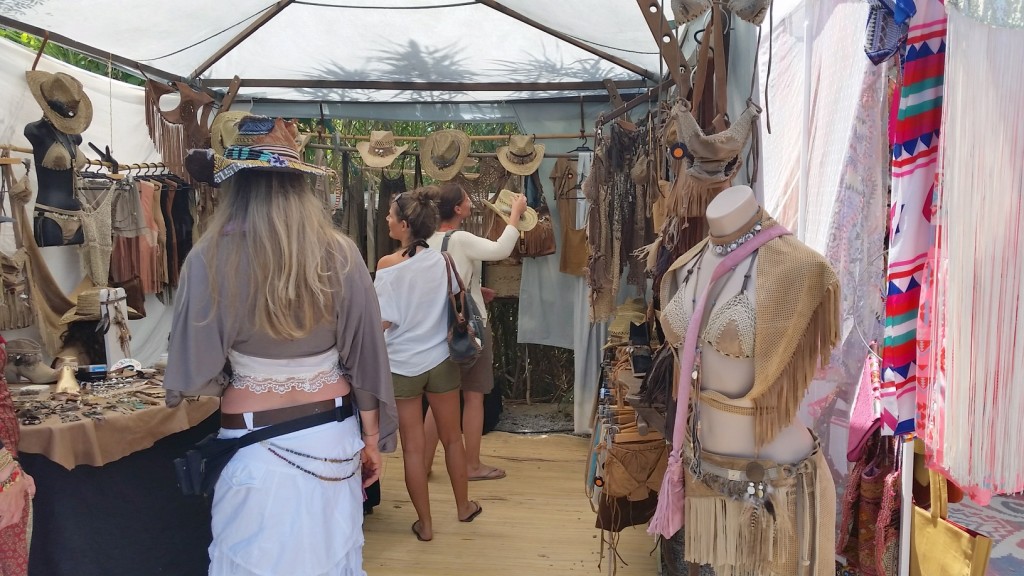 In love with the fringes suede scarf: This summer cannot happen without fringes, in Ibiza they belong to every outfit since the old hippie days 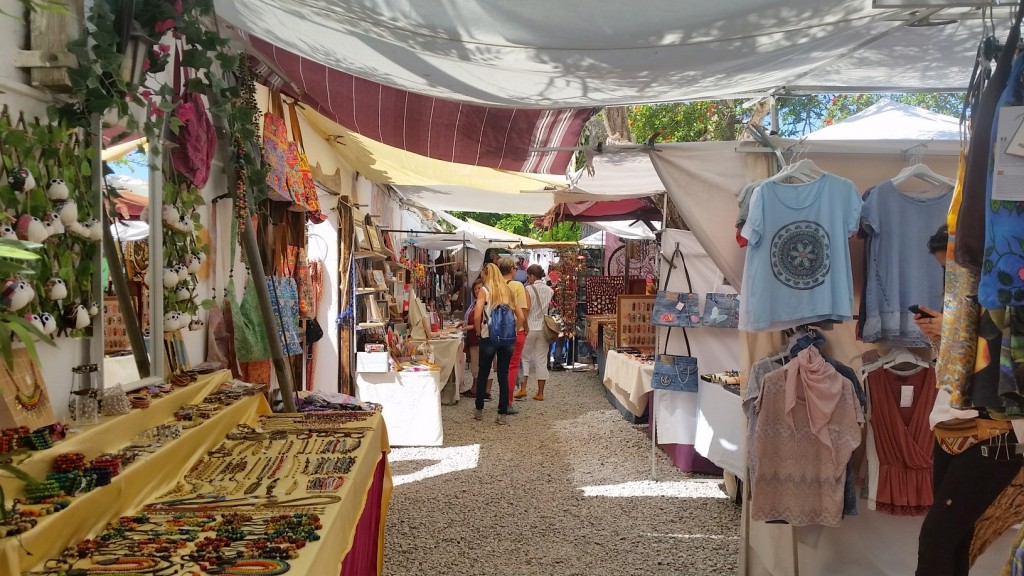 In Ibiza I become a hippie-girl and love to dress in this style, no matter if this look doesn’t work at home

A perfect day at Lake Como
What: My personal tips for sightseeing and more Where: Lake…

My Long Island Summer Vibes and Hypes
What: The Hamptons Where: Long Island, USA As I recently…