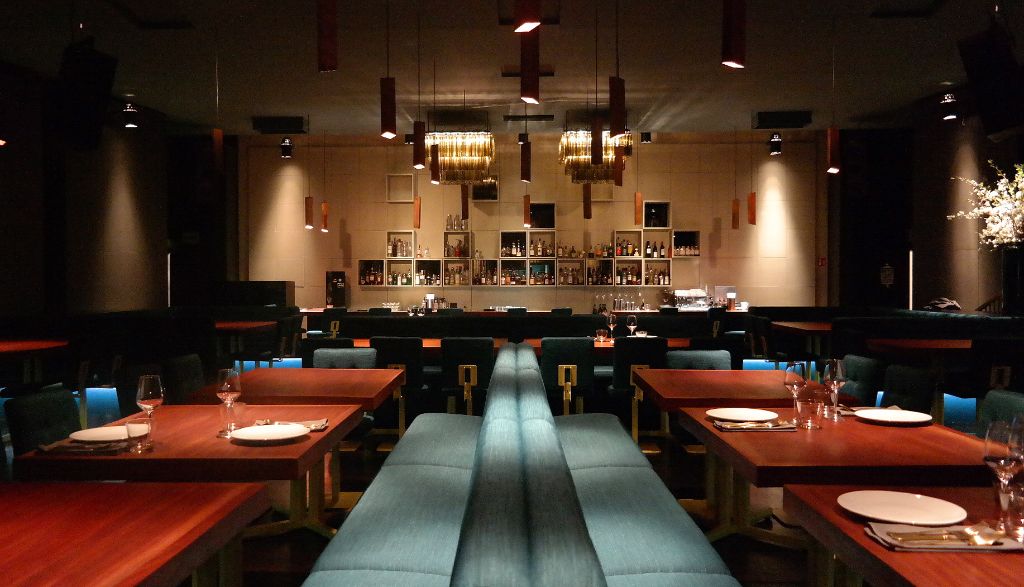 View into the restaurant. The gigantic chandeliers hung in the former “Palace Hotel” in Berlin Mitte

It’s a very unusual thing to open a restaurant that includes a menu that only offers the favourite dishes of friends. But the Berlin restaurant proprietor Heinz Gindullis wanted to create a place for friends and so opened the restaurant Crackers in Berlin Mitte in the former rooms of legendary club Cookies. 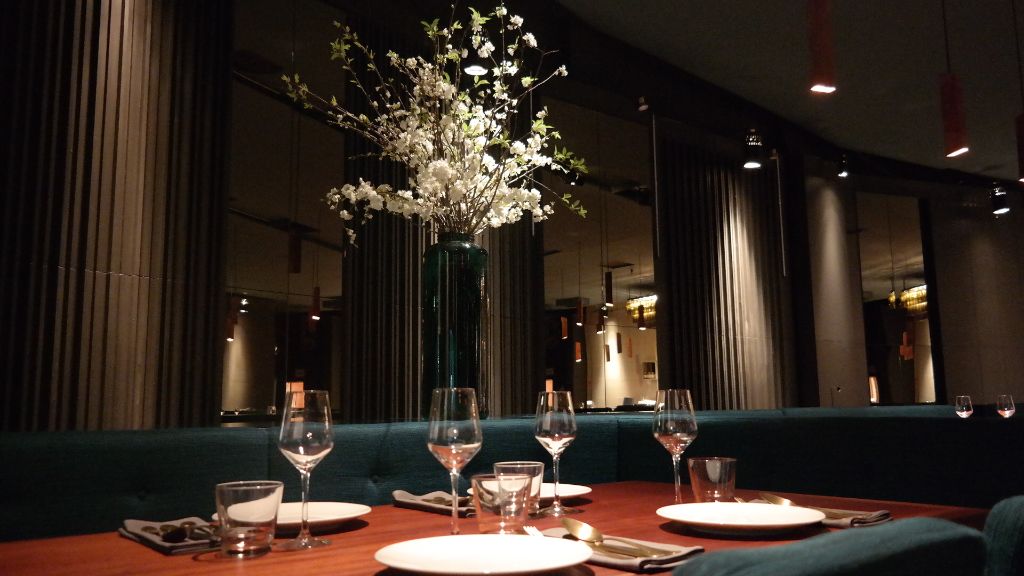 There are no windows in Crackers. Large mirrors reflect the light and give the room a different dimension

As medially out of five children born and grown up in London, Heinz Gindullis alias Cookie comes to Berlin in the 90s. “Apparently I was a cute small child, who was called Cookie by everyone”, explains the successful restaurant proprietor his nickname, that makes him and the identically named club to one of the most important sizes of the capital scene. He started whilst the wild Berlin club years as dishwasher in a Jewish restaurant, where he works his way up as barkeeper. After a couple of years he opens his own bar, the first Cookies. Seven other identically named clubs in different locations followed. “The club was so fully crowded at the opening of the seventh Cookies that a friend of mine meant that the place should be called Crackers.” Years later the time had come. The Cookie-club-era was over – after 20 years in total. 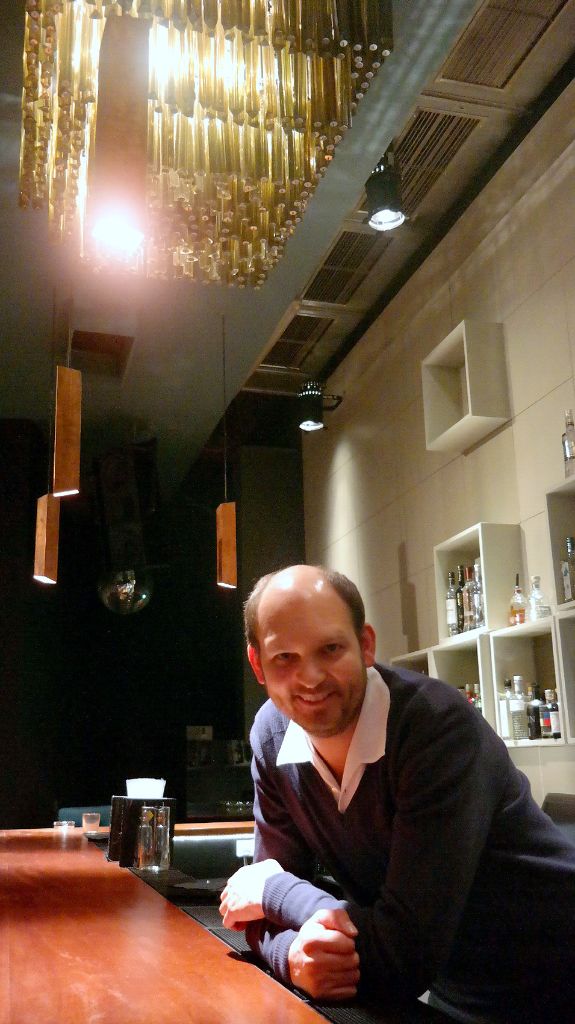 “After 20 years of club scene I wanted to do something new,” says Cookie. “At some point there’s maybe a new club. One should never say NEVER. “

“I personally don’t feel like nightlife anymore”, explains Cookie about his new beginning and adds whilst laughing: “it’s a matter of age. I want to know the people for whom I’m doing something. Teenagers are obviously not my generation anymore”, resumes the restaurateur, who by himself never worked as a waiter, but therefore had even more precise ideas of a good service: “In America are lots of people who delude others with an over friendly habitus. On the one side the service can be pretty rough in Berlin, on the other it’s honest. And the guest is also responsible for a good togetherness. He also has to behave”, says Cookie and points out “always to stand behind one team.”

And like in all his other places, there’s obviously also a big surprising effect, because the arriving guest first has to walk through the kitchen – passing the steaming pots and swirling cooks –, before he then takes place in the restaurant itself. “I was always a fan of gangster movies and wild chases through kitchens”, explains Cookie. “And the way through the ‘open kitchen’ is also a sign for openness and transparency.” Leaving the cooking-action behind, the guest will then find himself in a room with a long bar and tables on different seating areas. 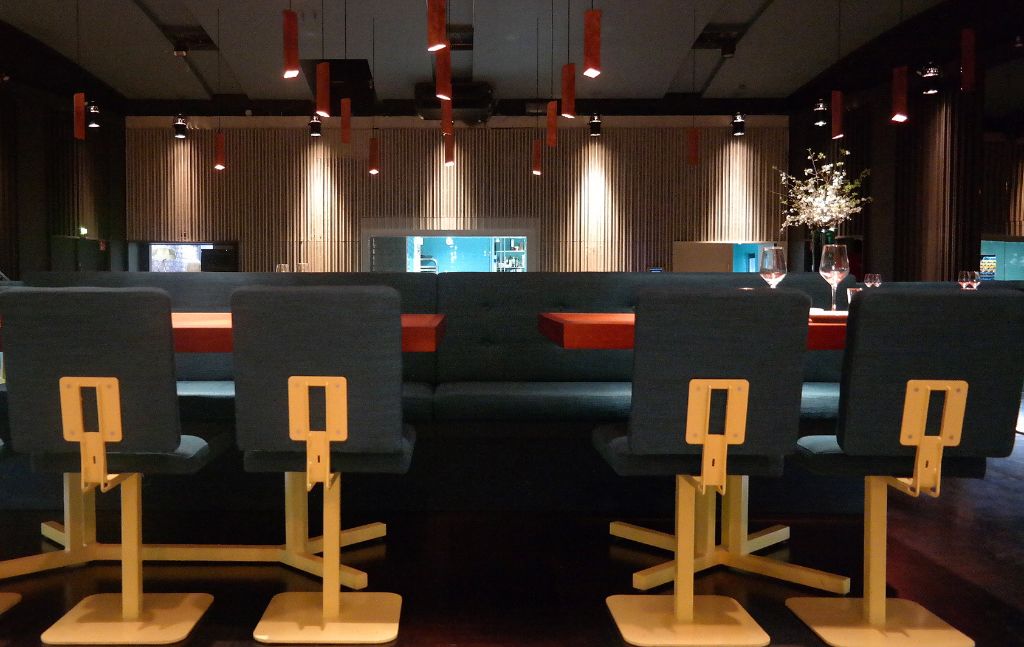 Copper-lamps that hang over Mahagoni-tables and seats with petrol coloured covers produce a deemed light. The guest chooses between nine starts and six main courses out of fresh ingredients like a grilled iceberg lettuce with Stilton and lemon vinaigrette, the favourite dish of Cookie.

By the way: the flexible furniture system provides that the Crackers can be used for different events. Scarcely the fashion label “Lala Berlin” rocked the closing party of the Berlinale in the walls of the Crackers.  BvH