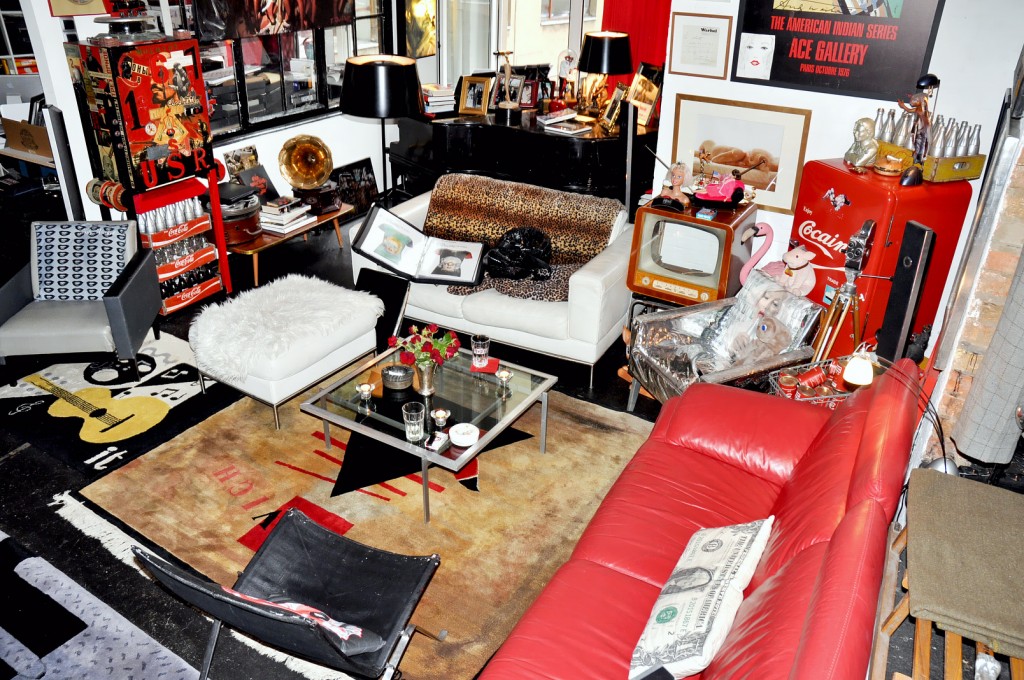 In the 70’s, Andy Warhol decided that Tommy Dollar sounds better than Thomas Dellert. That was the time of the ‘Sex Pistols’ and Dellert was a punk rocker and follower of Warhol. Wether ‘Phantom of the Opera’ or ‘The Rocky Horror Picture Show’: The multi talent Dellert left out hardly any art- and music genre. Since five years, the native of Stockholm, with compassionate connections to the Swedish royal house, lives in Berlin Kreuzberg. The 120 square meter loft of the former Berlin Wall painter is full of memories and dedicated pictures from Yoko Ono and Michael Jackson to Nina Hagen. One isn’t surprised that the antique Samovar was a present of the Russian tsar family to one of Dellert’s ancestral and that he enjoyed the, meanwhile empty, caviar cans together with the erstwhile Shah of Persia and his wife, Empress Farah Diba. 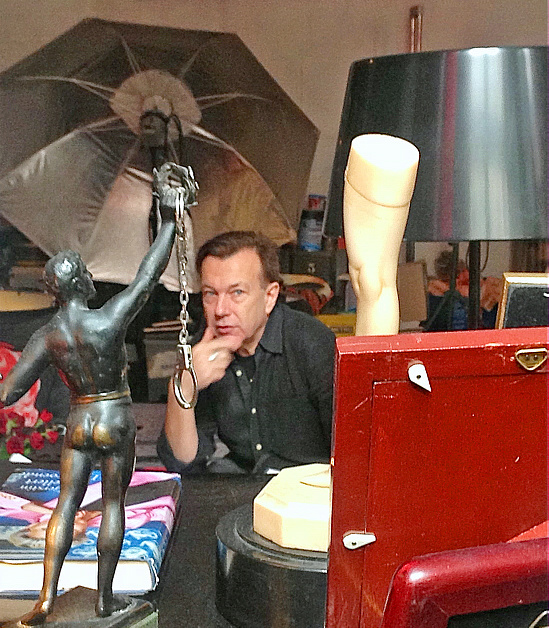 MyStylery: Your life took you to many different cities, Paris, London, New York. Today you live in a former chocolate fabric in Berlin. Does an artist have to be here nowadays?
Thomas Dellert: No, to me, Berlin is only a stopover. I’m restless and in thoughts already somewhere else. Maybe I’ll go back to Paris or Stockholm next. 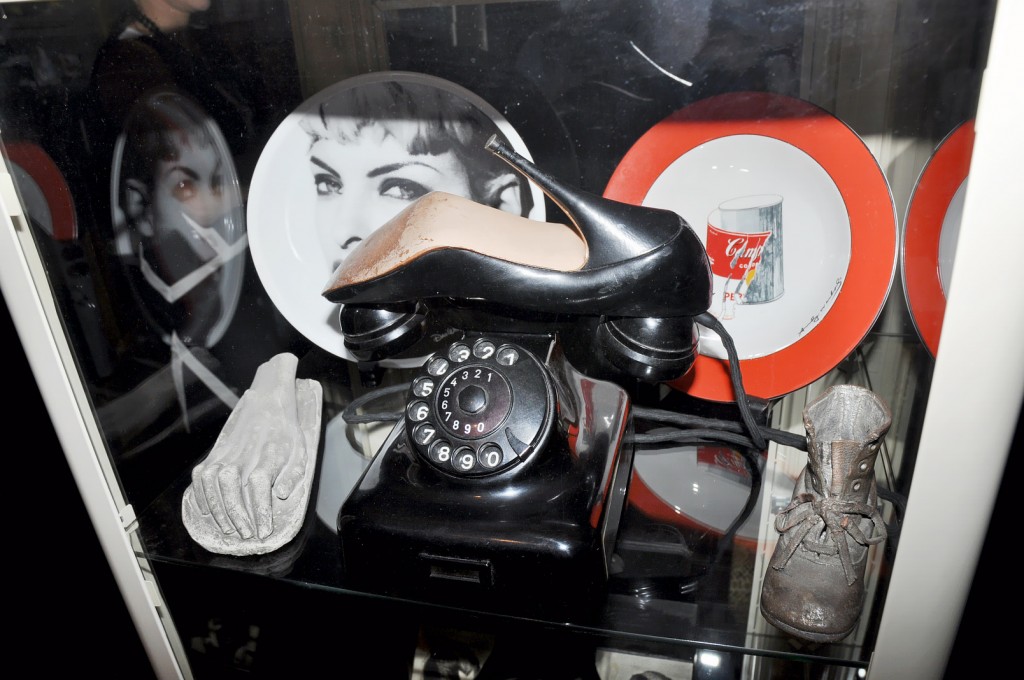 MS: In your loft you live with your wife and two children. And you also work here…
TD: I never separate work and privacy. My life is my work. 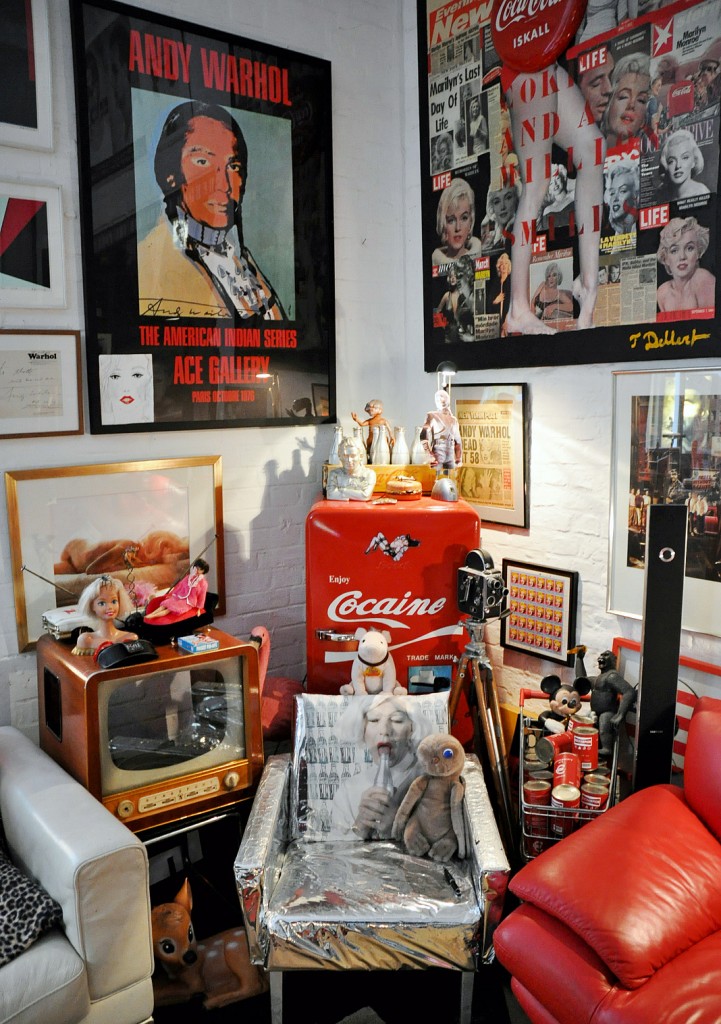 This is what the home of a manic collector looks like

MS: Two times within five years you got robbed. Do the things that stayed with you become a different meaning?
TD: Yes, such as Miles Davis’ trumpet or my collection of stockings from the 30s and 40s. Among is also a pair that Marlene Dietrich gave to me in 1973. Especially the things that can’t be replaced are the important ones. Therefore I saved all my projects on harddrive, which I keep in a hundred years old, very thick steal-safe. 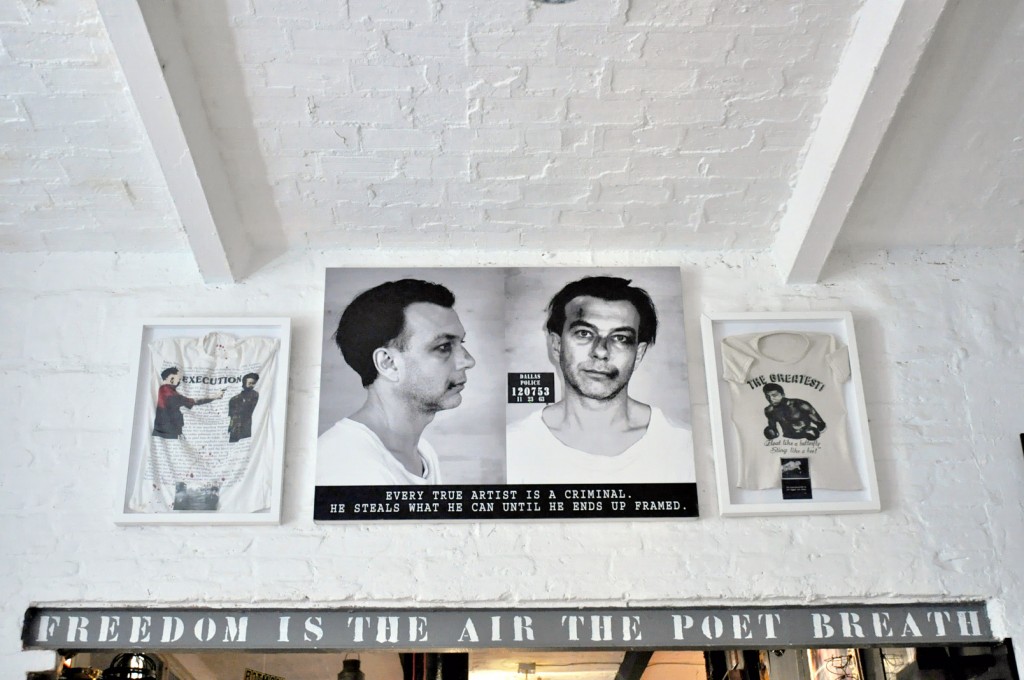 Dellert loves provocation – even and especially in his art

MS: Wherever you look around here, you always find something new. Have you always been a collector?
TD: Yes, a passionate one. My style is creative and full of love. The carpets I designed myself. But I also like Danish design, such as the chair from Kjaerholm. 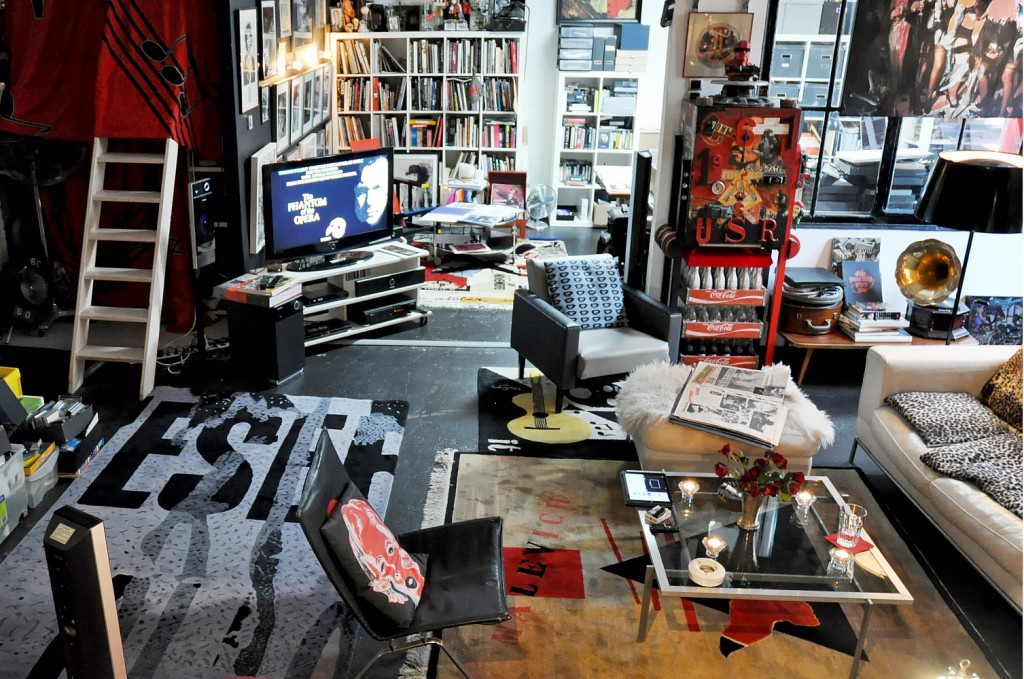 The black leather chair is by Kjaerholm, the carpets are Dellert-Design

MS: How did you get the idea of wallpapering your bedroom with a leopard print?
TD: (laughs) Since I was 18 I always had a leo-wallpaper. It’s the energy from back then, which I hope for and thereby get back. Now I am 60, three times divorced, survived fires and car accidents. Today I’m standing in the Autumn of life and look back.

Wherever one looks, there is always something new to discover

MS: Kitchen furniture, floor, lampshades, nearly all walls are black here. Why?
TD: I never really thought about this. Black isn’t a color, it’s a powerful basis, a symbol and has something sedative. When I close my eyes, I see black, but also all the other colors. Actually black is the beginning and ending of everything.  BvH 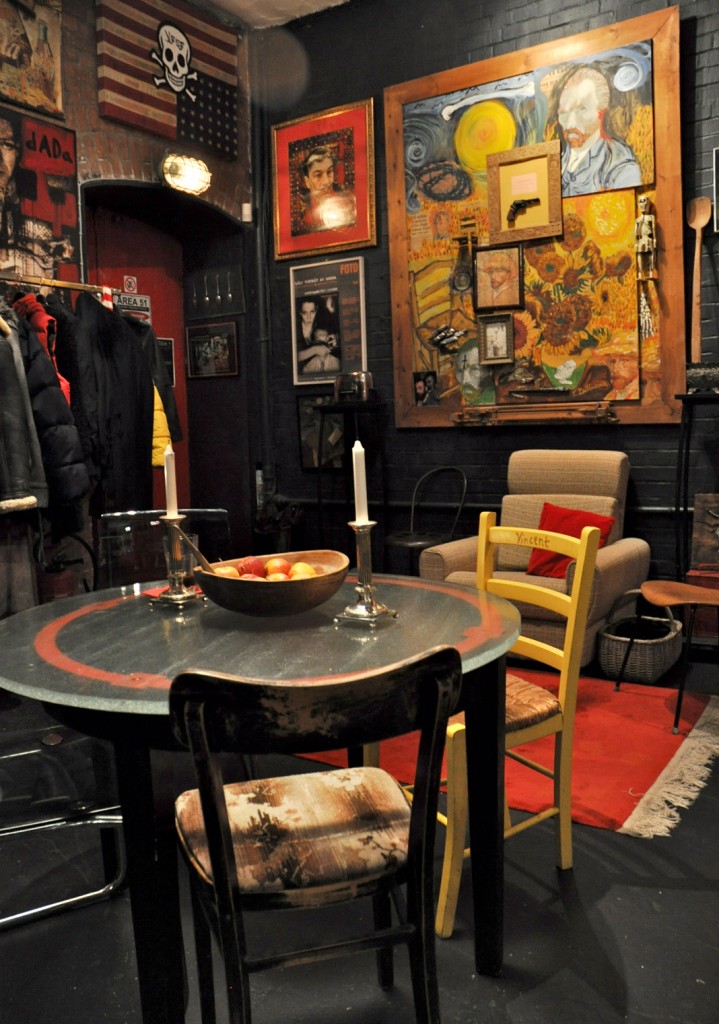 Besides Andy Warhol, Dellert is the only artist who ever designed a SL-Edition for Mercedes 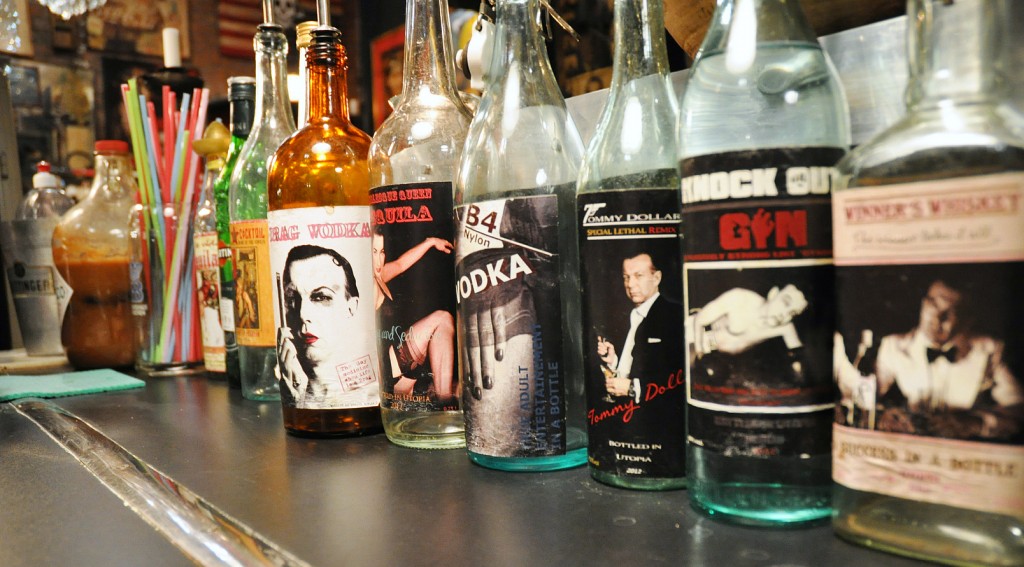 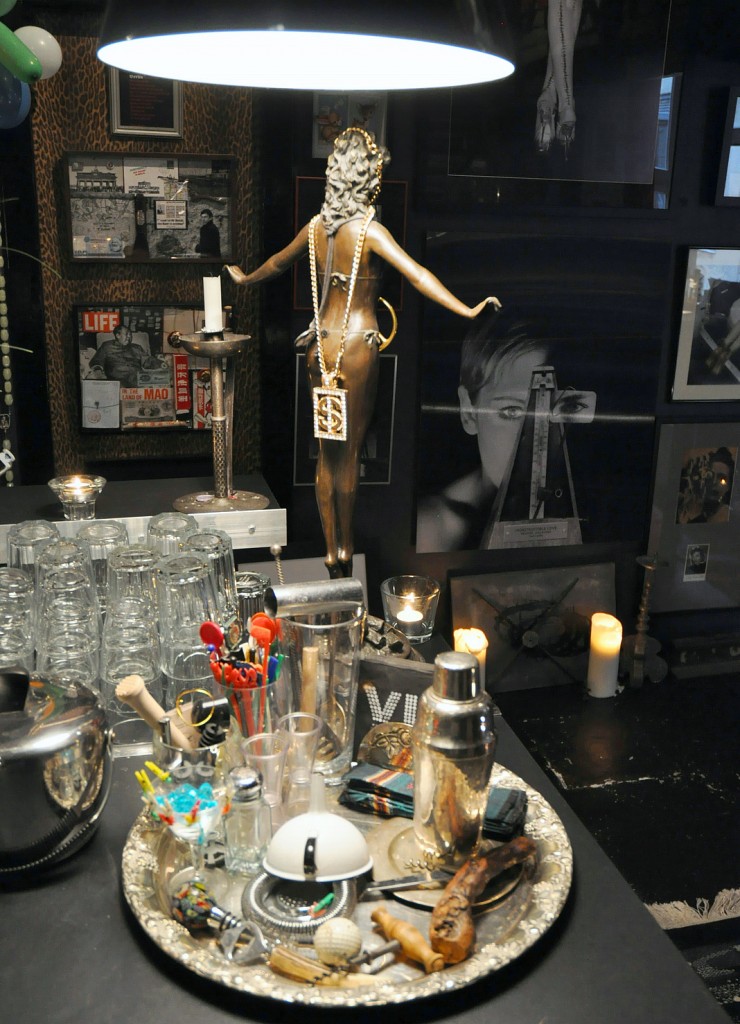 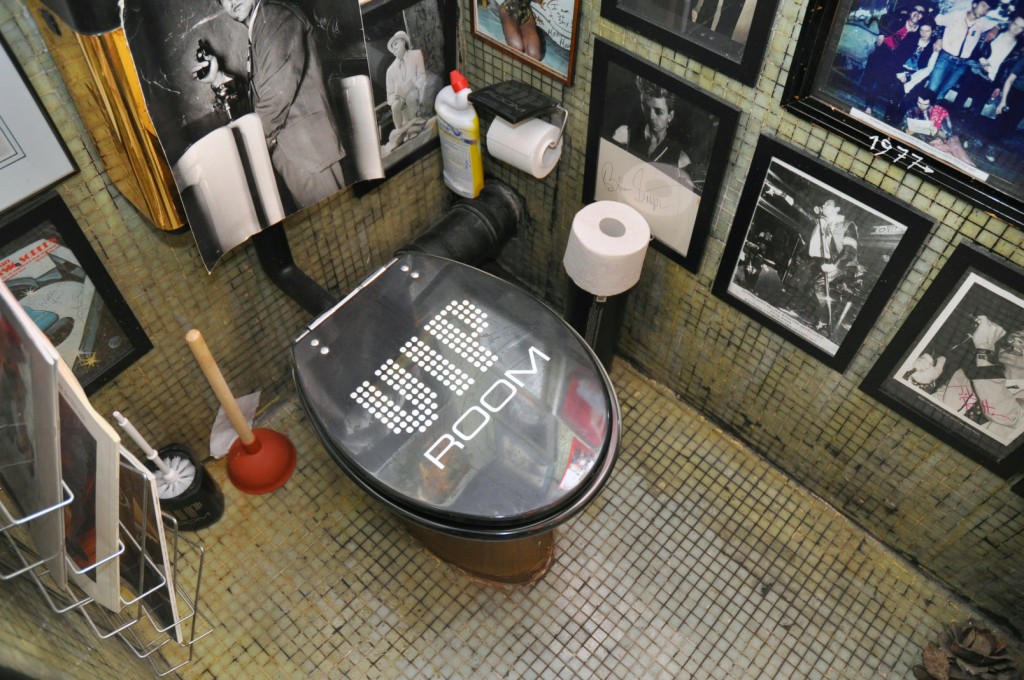 VIP toilet: On the walls pictures, autographs and dedications from Nina Hagen to Michael Jackson 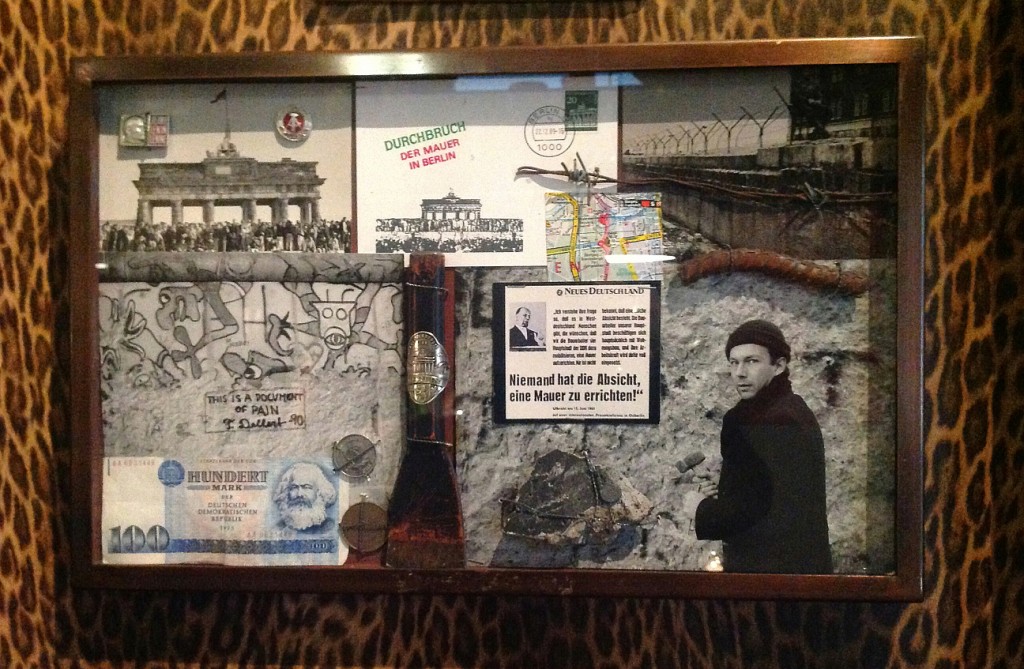 Former Berlin wall painter Dellert, who was born just eight years after the end of WWII, deals in his works with the war theme, the Holocaust and the division of Germany 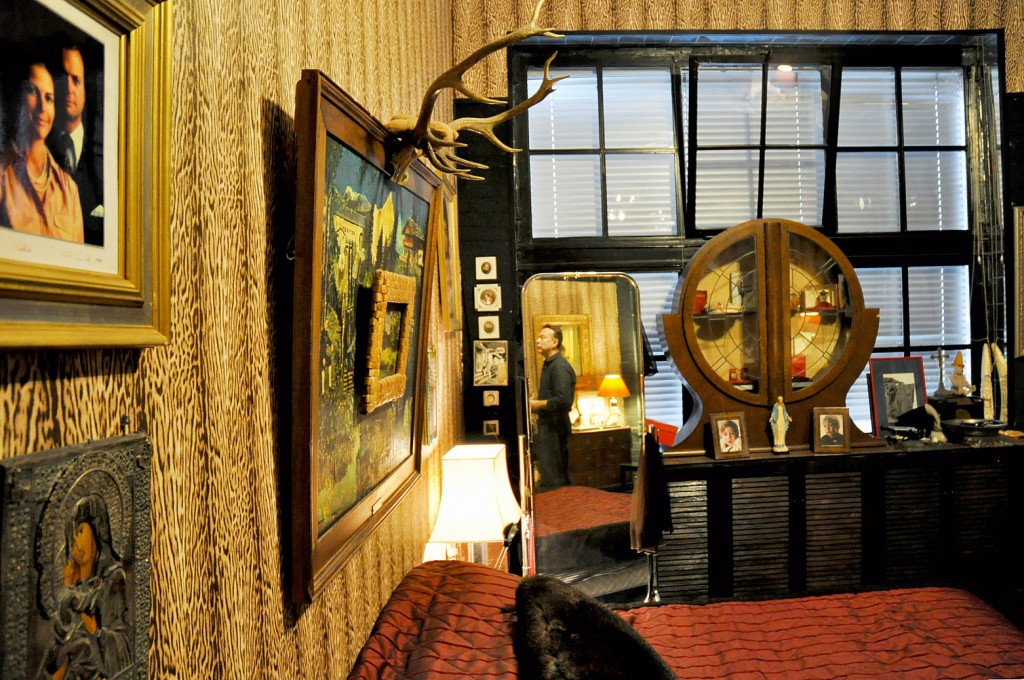 Thomas Dellert in his bedroom: Here he also keeps treasures of his collection such as the snakeskin-heels of Leni Riefenstahl or a stage outfit of Jimi Hendrix 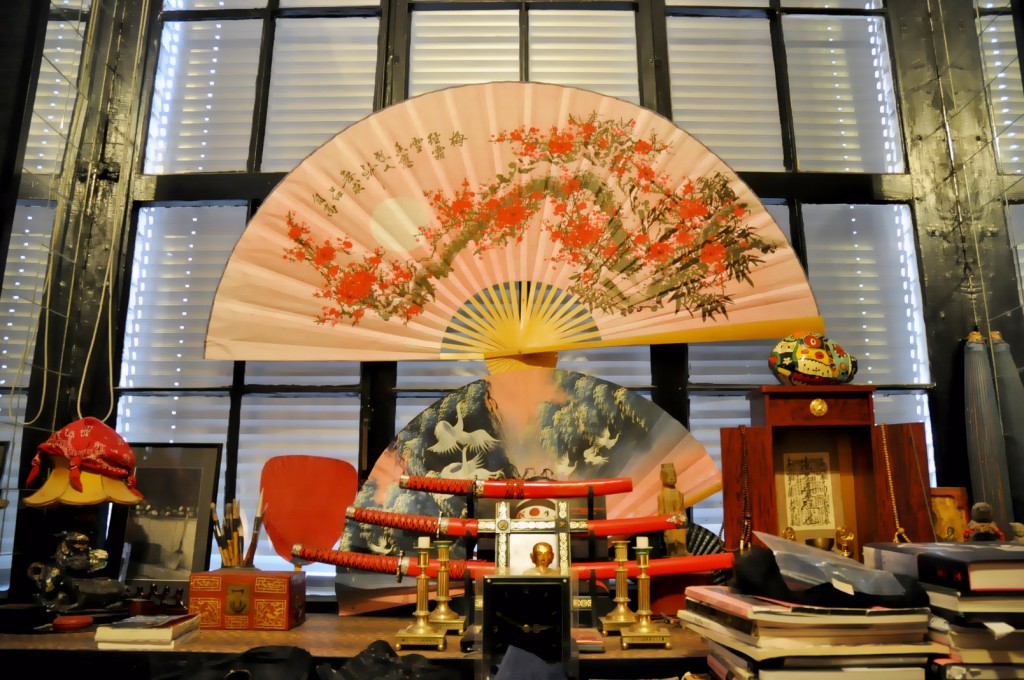 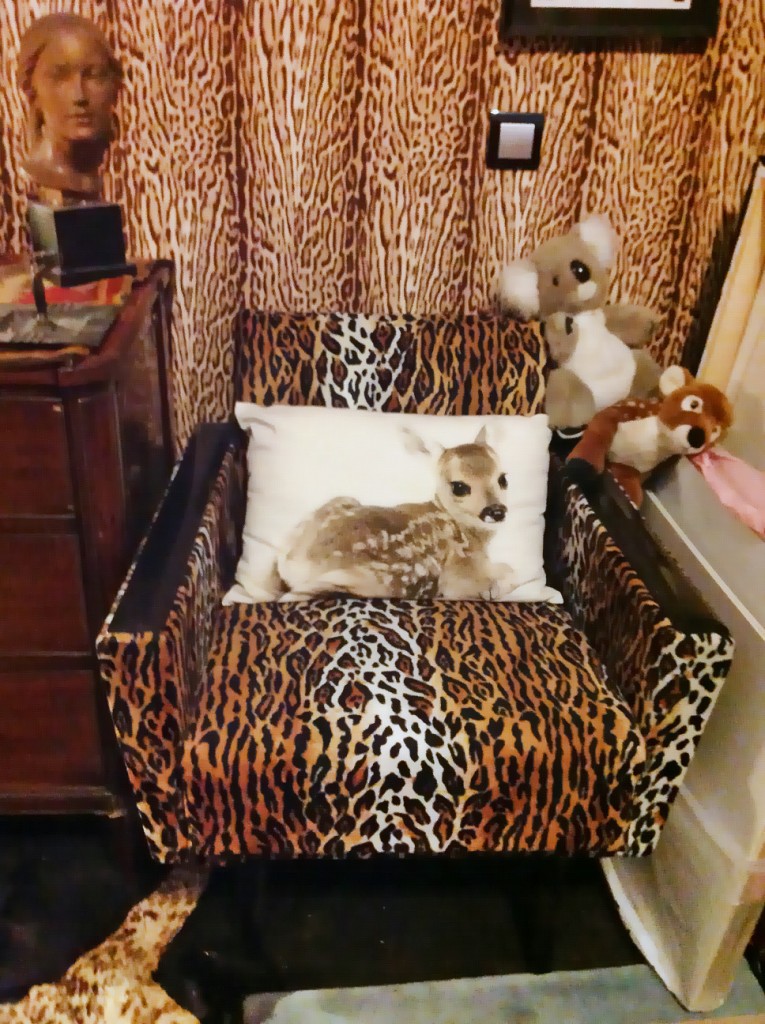 Dellert was already fascinated of leoprints as a jung man. Today his entire bedroom is papered with it 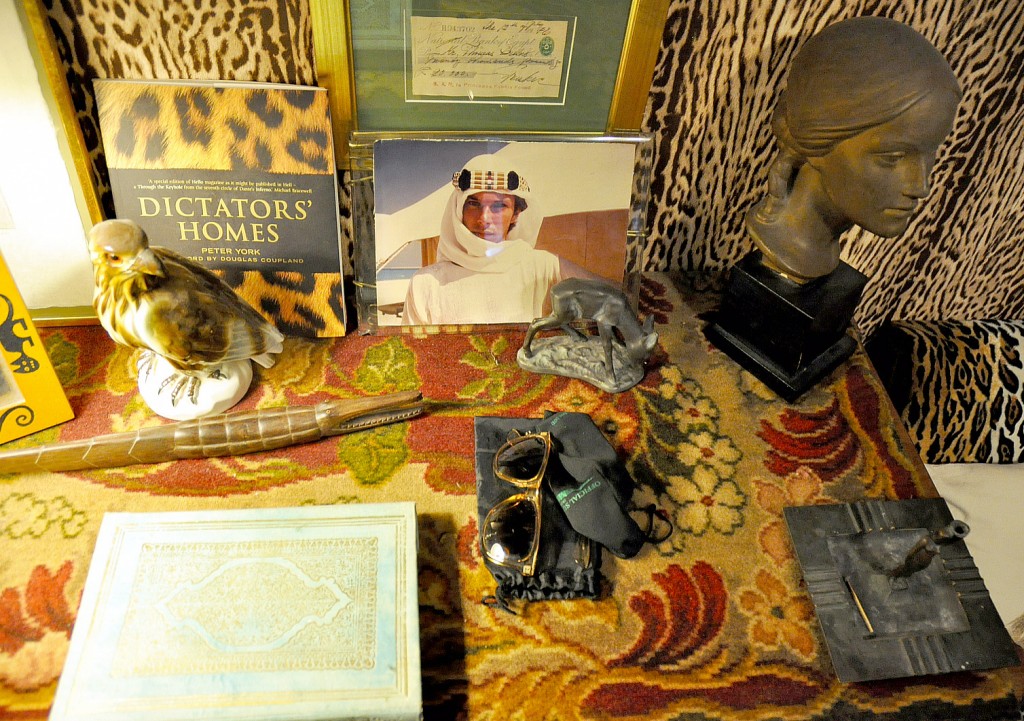 Memories of Africa. Dellert lived in New York, Barcelona, twelve years in Paris, eight years in London, in Barcelona and in Stuttgart 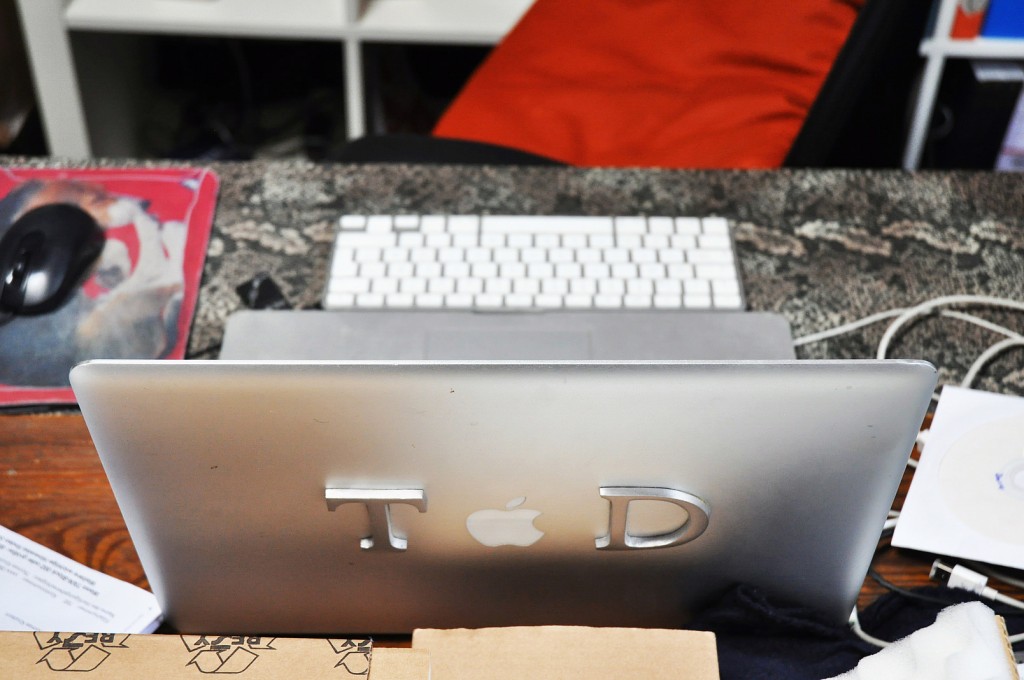 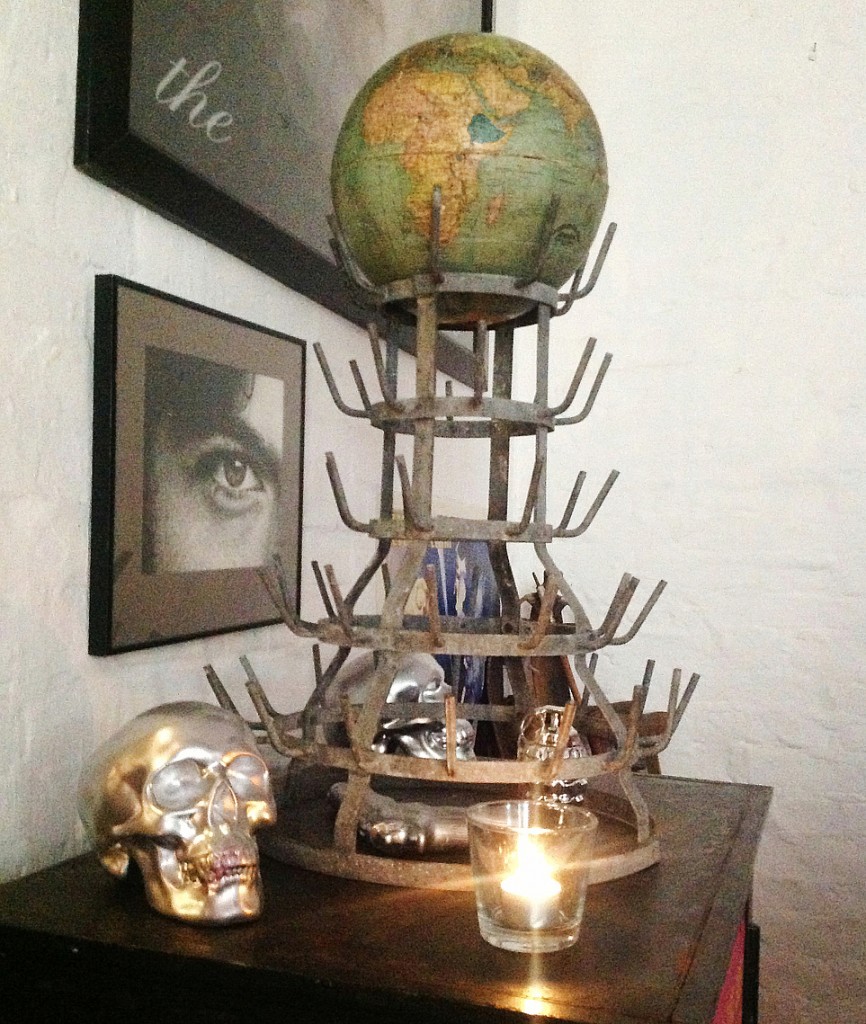 Dellert has a certain penchant for the morbid 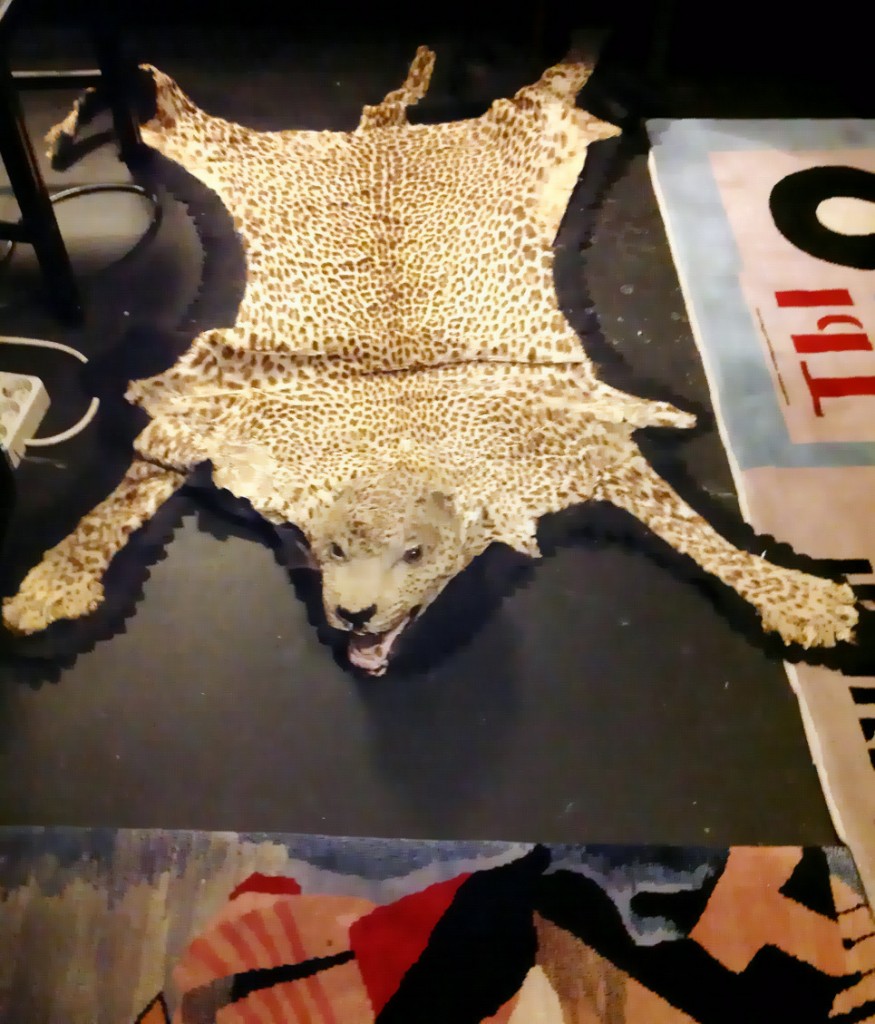 And again Leo: this time not a print, but a real one