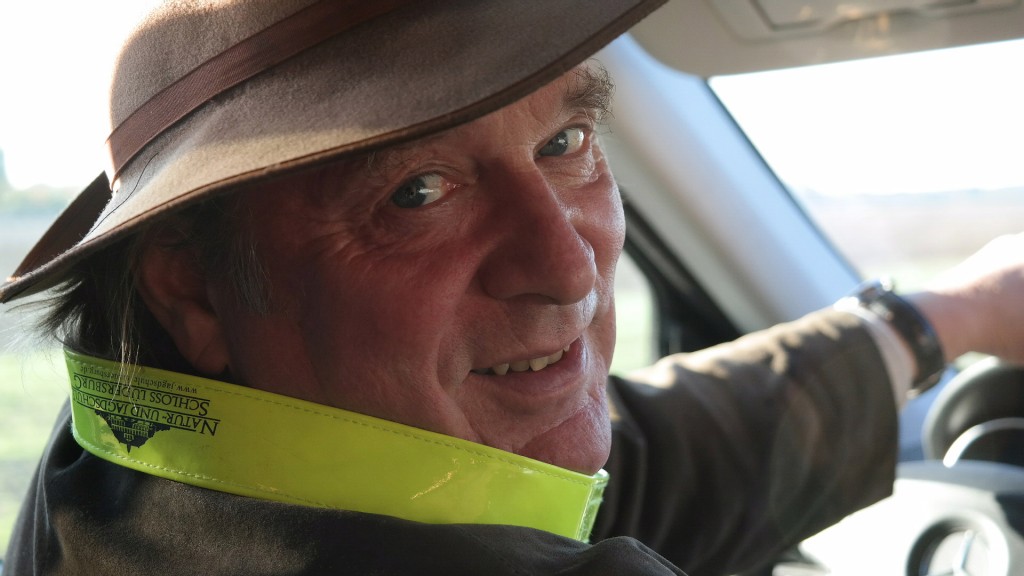 “The baron is coming in a second”, says the friendly woman and pleases me to wait. And then he’s standing in front of me – in red cords, a for him typical cardigan, of course with a breast pocket handkerchief: Baron Enno von Ruffin falls down on his sofa in his salon. “There was a problem with the cables for the Christmas illumination”, he explains his delay whilst being a little bit out of breath. But everything is sorted now. Like always. Even after 2 a.m., when a hotel guest stands in front of his door – without a key. Then it’s Ennos mobile phone that rings. 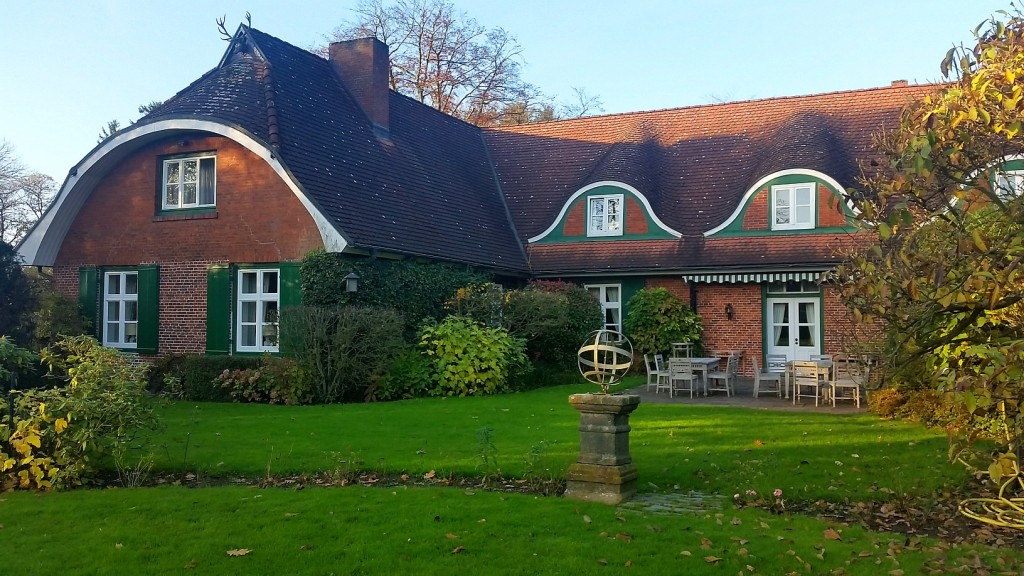 Since 400 years, Gut Basthorst is the home for the Ruffin family

Since 35 years Enno von Ruffin is leading Gut Basthorst in Schleswig-Holstein, a 650 hectares big estate, which includes next to its agriculture a company for gardening and landscaping, as well as a hotel and gastronomy with its own Basthorst Bier. And since 400 years, Gut Basthorst is the home for the Ruffin family that originally comes from Bavaria and Meran in Tirol. This is where Enno was born. Where he was raised. He knows every corner, every tree, and every shrub. He went to the village school, pending between mornings and afternoons, because there was only one classroom. Afterwards Enno has been sent to boarding school. At this stage he was only ten years old. He couldn’t really cope with the rough world of boarding. Suddenly there were different rules. Rules, which didn’t include cigarettes, beer or girls – Enno was, as a lover of liberty, truly not a fan of these rules. “In fact I was an easy child”, says Enno and grins. “Others probably saw that differently”. So he changed the boarding schools in periodically intervals, “I have no idea how many.” His protest against the establishment, “but never against the family.” 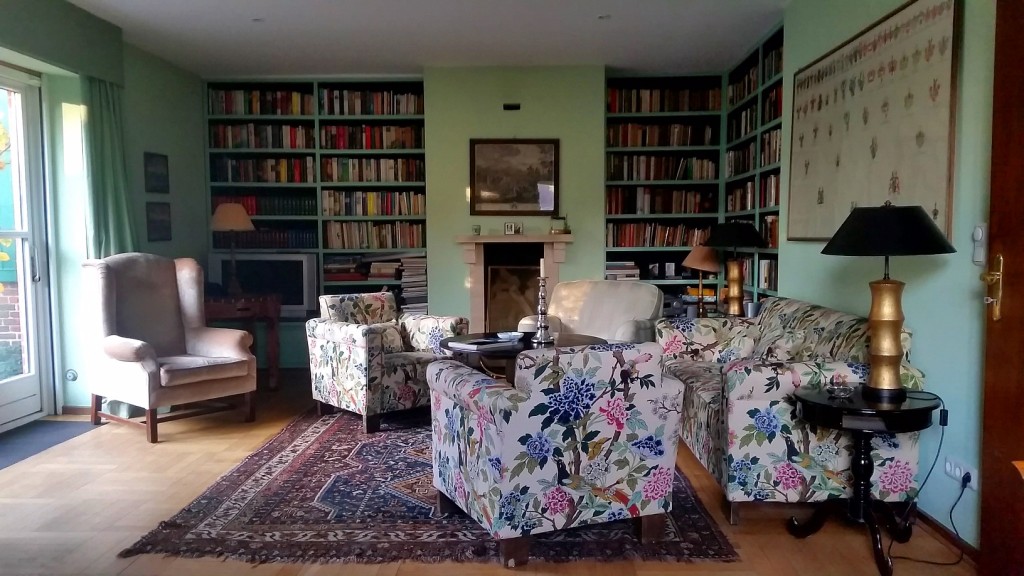 The manor: in the former private rooms of the old Baroness – the mother of Enno von Ruffin – today the hotel resides

After school he went to Bavaria, was lieutenant for the mountain infantry, completed an agricultural apprenticeship earlier. And spent one year near Dallas, where he dealed with the American agriculture. It seemed to be fascinating and deterred at the same time. This anonymity. “There was no caregiver, nothing familiar.” Instead there were miles of fields. “This literally broadened my horizon.” Enno von Ruffin returned to Germany to his home in Schleswig-Holstein. Because it was clear; he as the male heir takes over the farm and the responsibility for the business and the therefore involved people. At just 27 years of age. He structured, modernized, rented the empty buildings to craftsmen. The former horse stable nowadays contains an inn; events take place in the barns, from dog competitions to the ‘Players Night’ – a night where the polo cup, which regularly takes place at Basthorst, is celebrated. 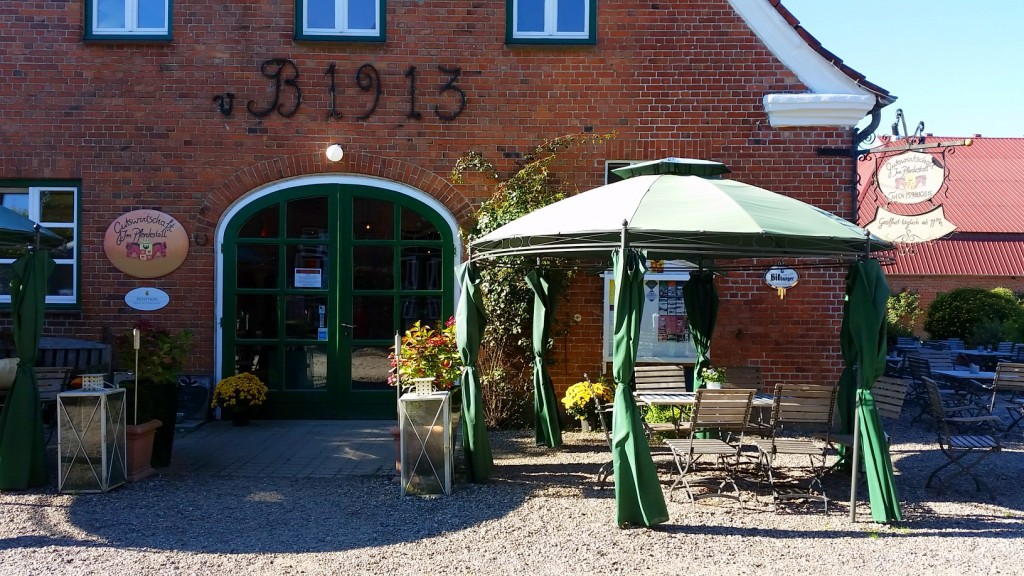 In the former horse stable – built in 1913 by the ancestors of the Ruffin family, the Brusselles – visitors will find a comfortable restaurant, in which German cuisine is served

Basthorst is popular for its seasonal markets. Next weekend starts this years Christmas market. Ten thousands of visitors will come to attune themselves to the Advent season with Negus and deer-sausages. And to sing Christmas songs with Vicky Leandros. In the mid 80s Enno von Ruffin gets to know the famous singer in the once legendary Hamburg nightclub ‘Insel’ (island). First he didn’t know who she is; he did one of his flippant slogans, which she skillfully parried. He introduced her to his – luckily relatively liberal – parents so that Vicky’s Greek origin or the “standardized marriage” were no obstacles. Today they are amicably seperated. 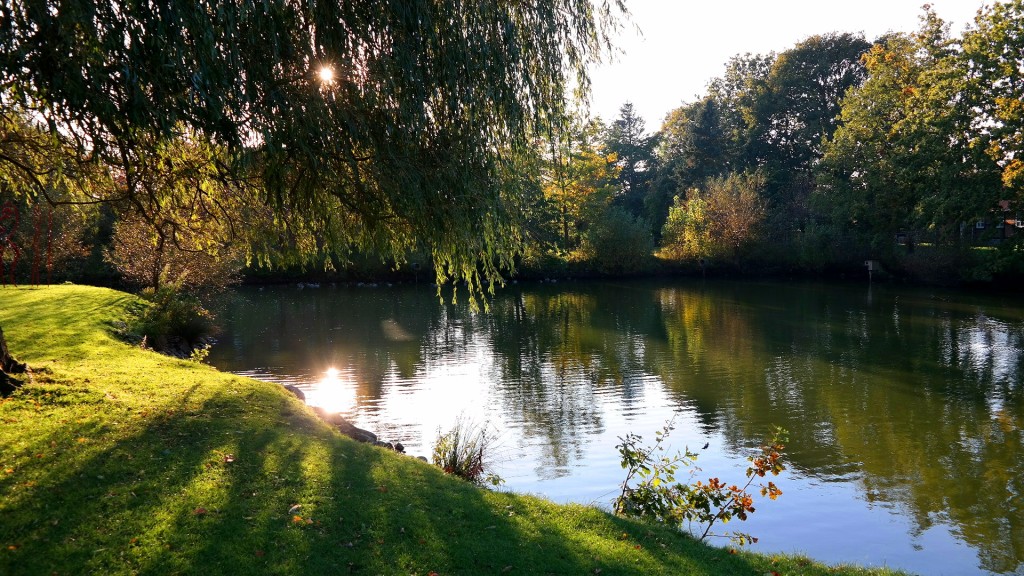 35 employees and a diversity of temporary workers take care of the farm estate. “I am farmer”, says Enno von Ruffin, “I don’t want to look after chair covers.” The animal husbandry – pigs, cows, sheep, chicken with which Enno grew up – have been abolished in the 60s. Now there are horses again, because Ennos companion, the Swedish Estelle Rytterborg, is a passionate show jumper. A passion that unifies both and nearly leads to a disaster: in fast gallop Enno fell from his horse, suffers from a life-threatening breach in his lungs. “Such incisions make you humble”, he says in thoughts. Since then he doesn’t smoke anymore. “Sometimes I drink enough”, he laughs. Enno enjoys skiing in Kitzbühel during his holidays and says about himself that he’s a ‘car-driving rambler’. “I got calmer, don’t have to attend every party.” The wild times are over now. 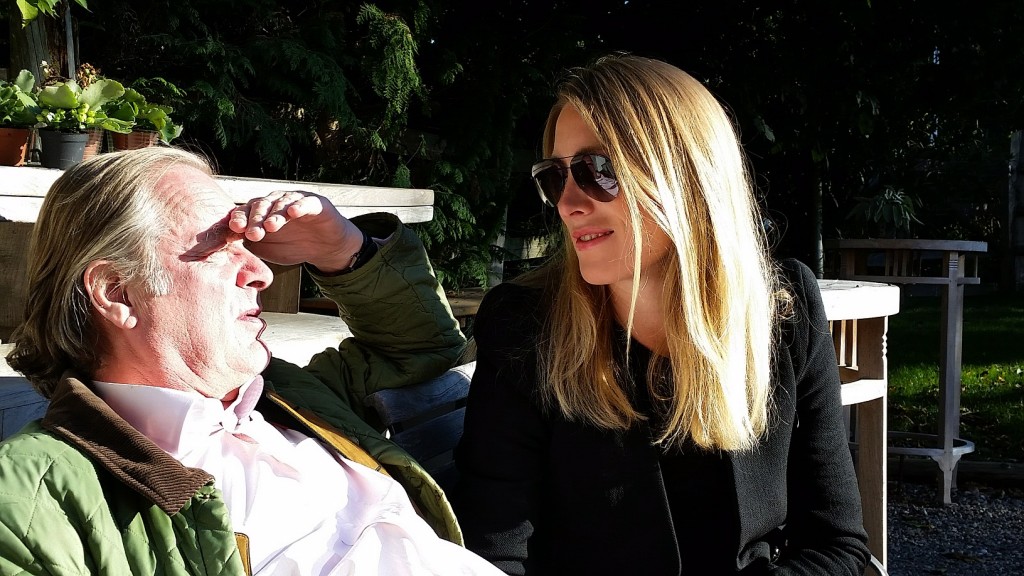 What is from true importance? The family. Of course. The children Leo, Milana and Sandra. His companion Estelle and her daughter Pauline. Friendships. Basthorst. Milana, who’s meanwhile mother of two children, is going to take over Gut Basthorst one day. Gradually, how Enno von Ruffin emphasizes. Sometimes. Because he cannot completely release: “I always have an ear on the yard.” If it’s raining inside or if the wind whips off the tiles of the roof: it will be his phone, which rings. BvH 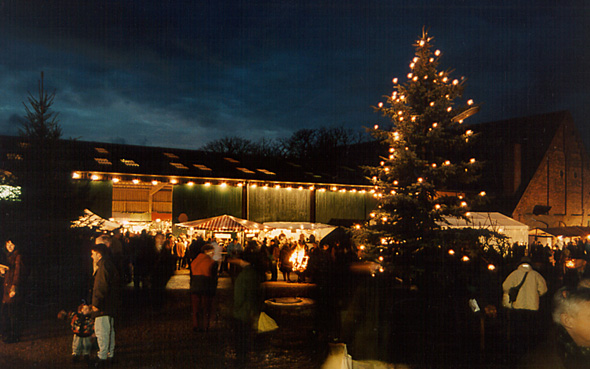 The Christmas market at Gut Basthorst is one of the most beautiful in North Germany. It starts on the 20th of November (except the 22nd of November) and will be open all Advent weekends: from Friday until Sunday 300 exhibitors offer handcrafts and regional specialties in harmonic atmosphere.
Friday the 27th of November Vicky Leandros is doing a Christmas benefit concert in favor of ‘Ein Herz für Kinder’ (‘a heart for children’). You can auction a VIP-Christmas Tree that will be signed by celebrities like Udo Lindenberg, H.P. Baxter, Johannes B. Kerner, and others. 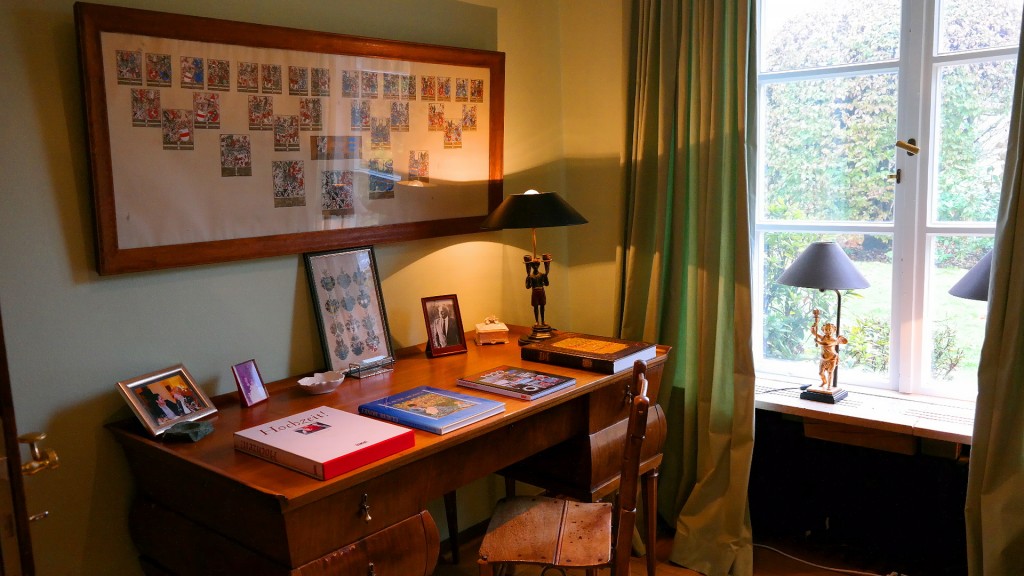 About the antique secretary the coat of arms of the ancestors 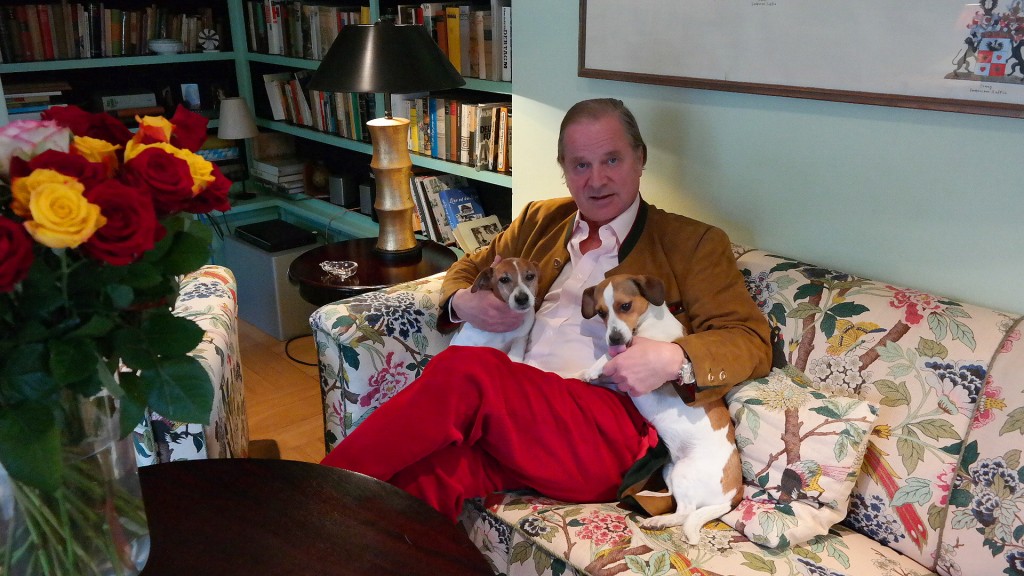 “I’m a human of yard and family, this is what makes my day”, says Enno von Ruffin, who is accompanied by the two Jack Russell terriers Lion and Trouper at every step 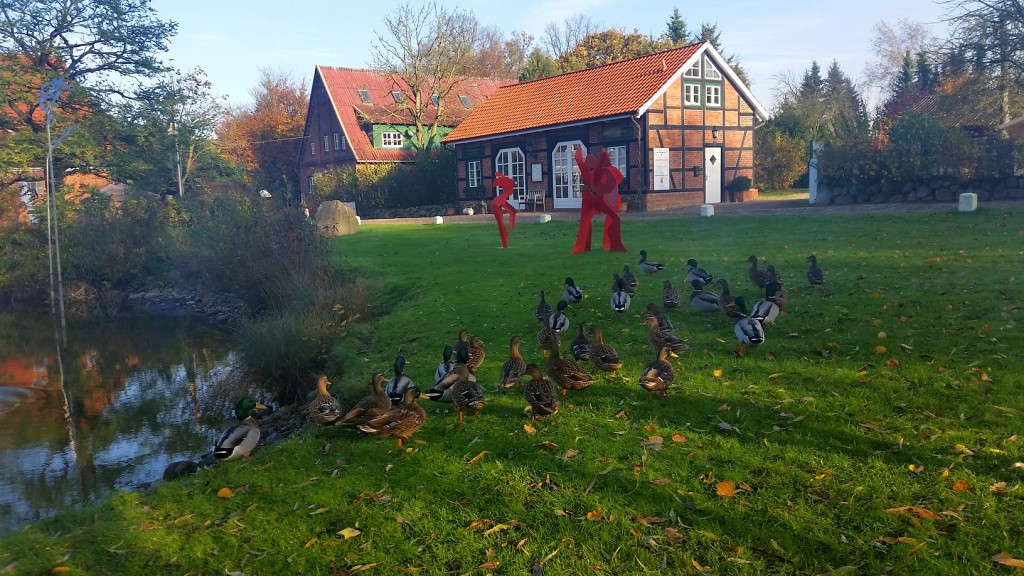 Shopping at Gut Basthorst: in the outbuildings of the yard are several shops that invite to further shopping experiences 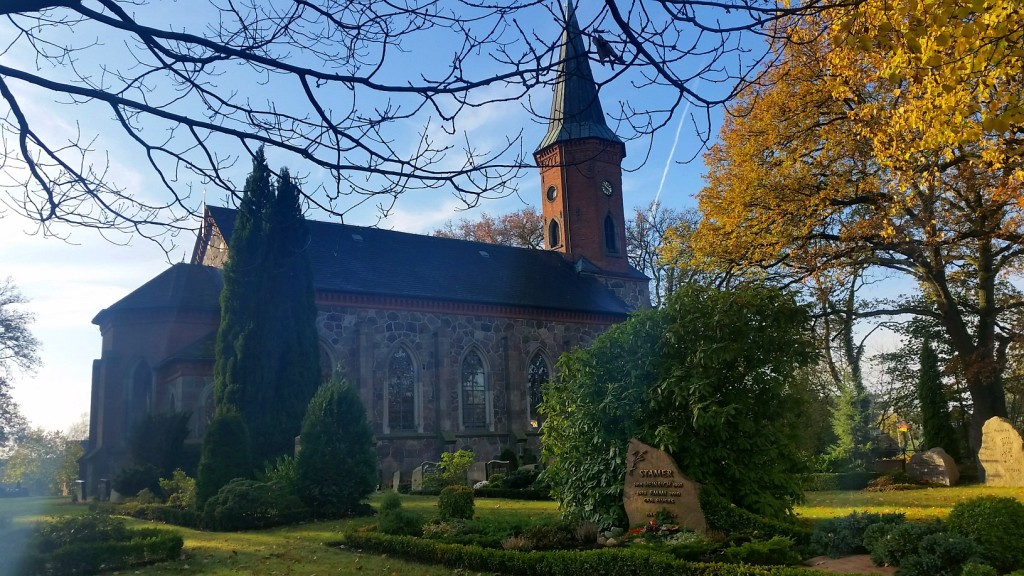 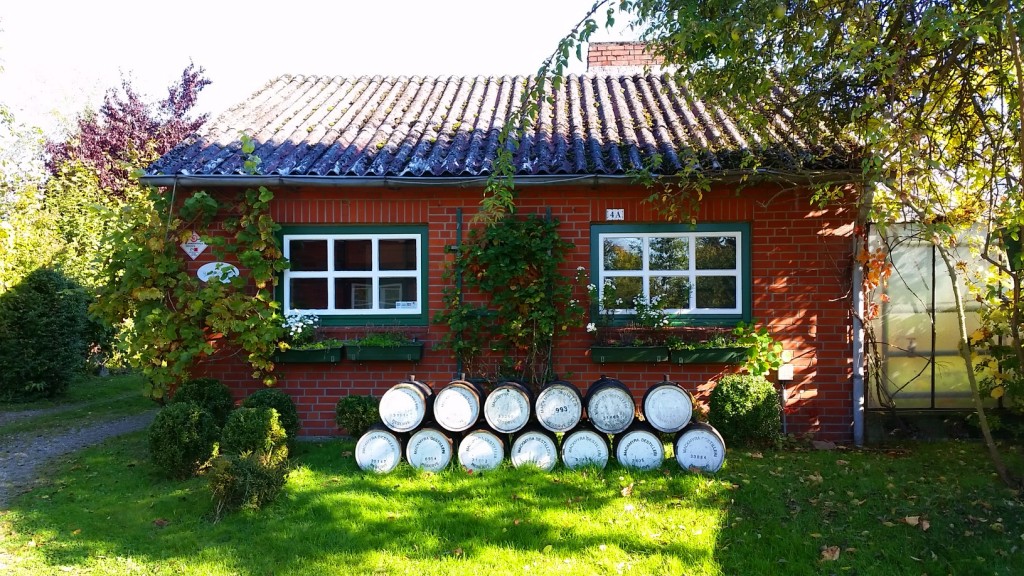 Diverse trades have been established at Gut Basthorst: a shoemaker and bassoon-maker, a glider and a felt maker … 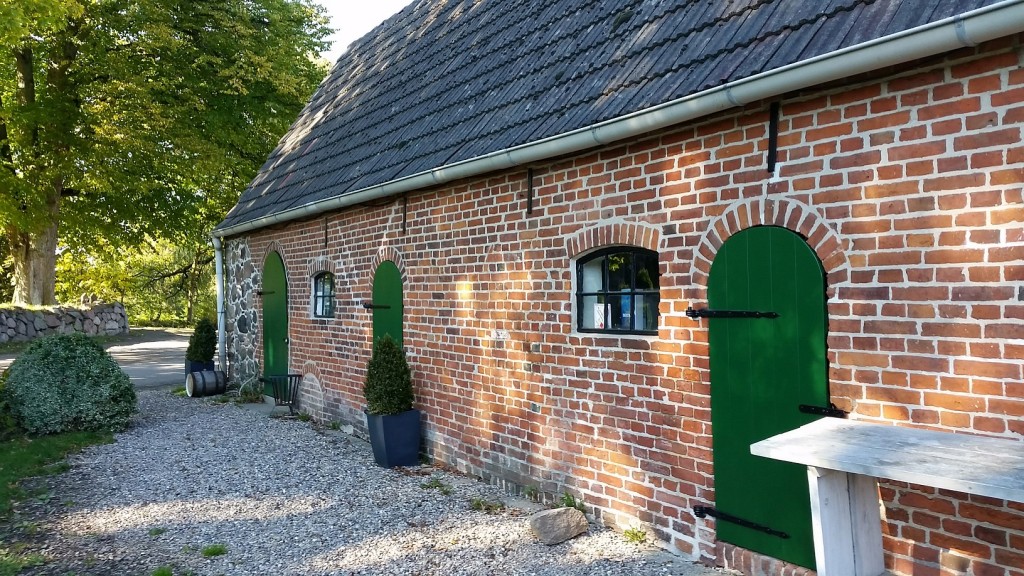 … There’s an antiques shop and boutiques for fashion, presents as well as a distillery, a bakery and a whisky-storage 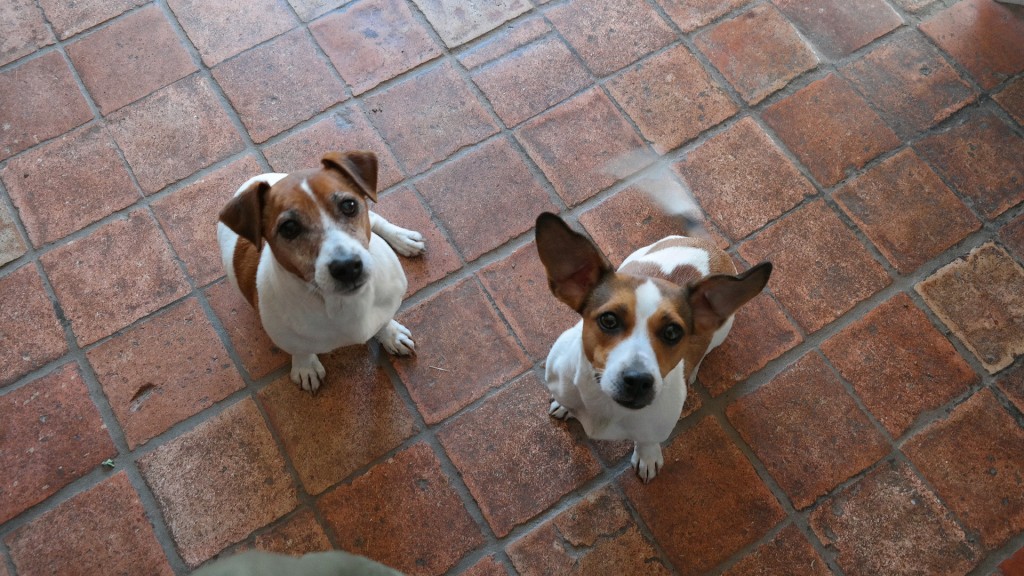 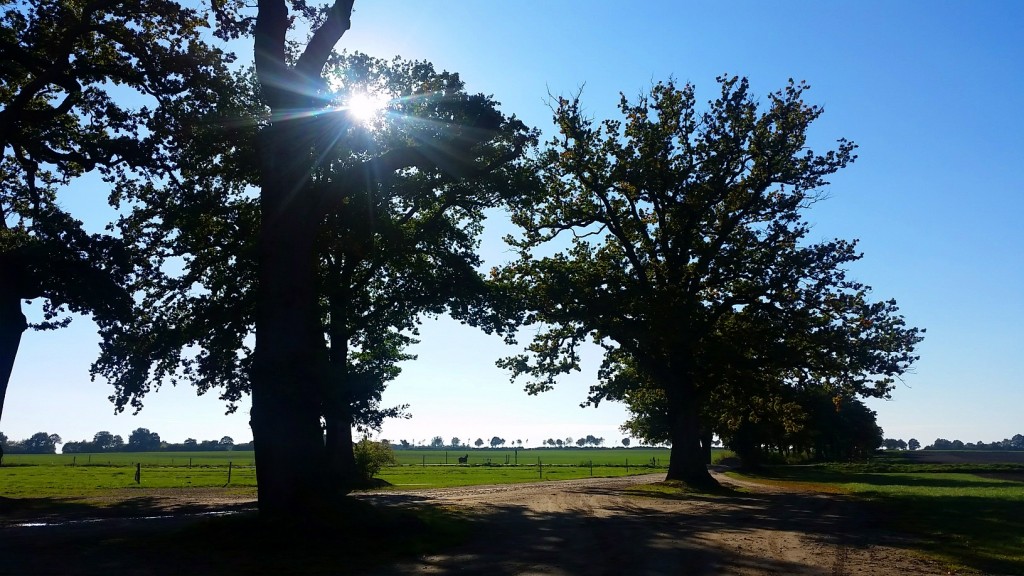 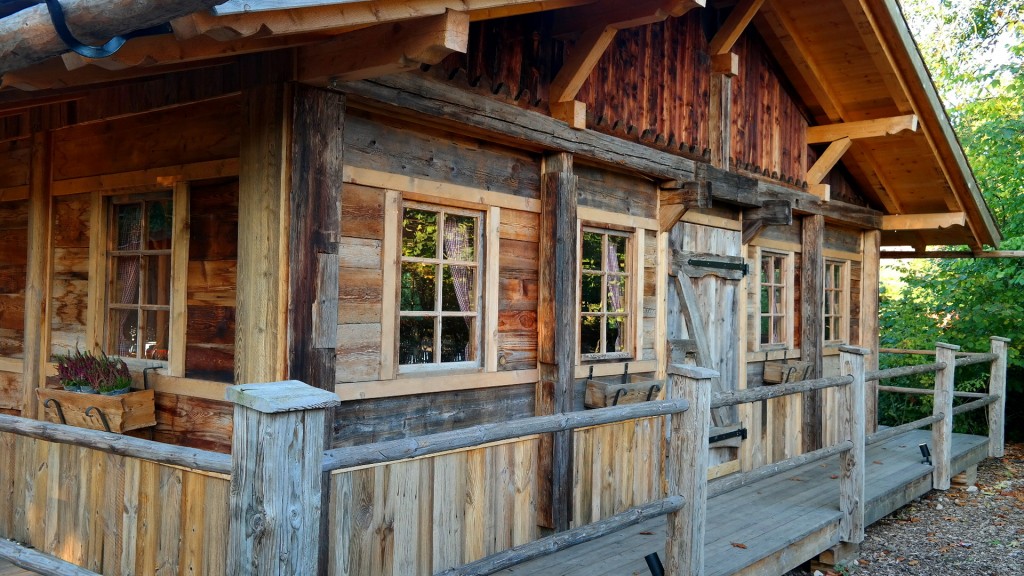 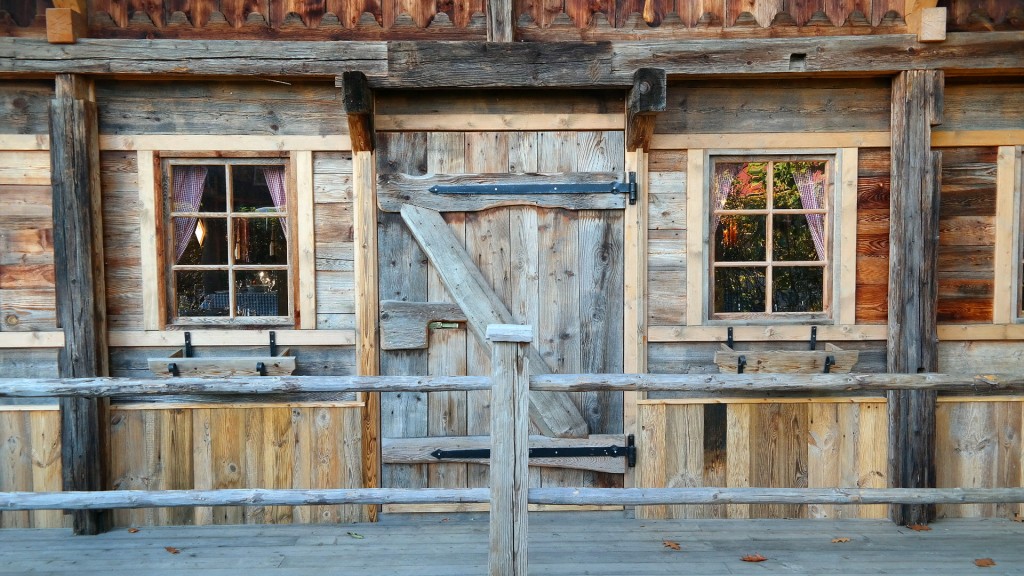 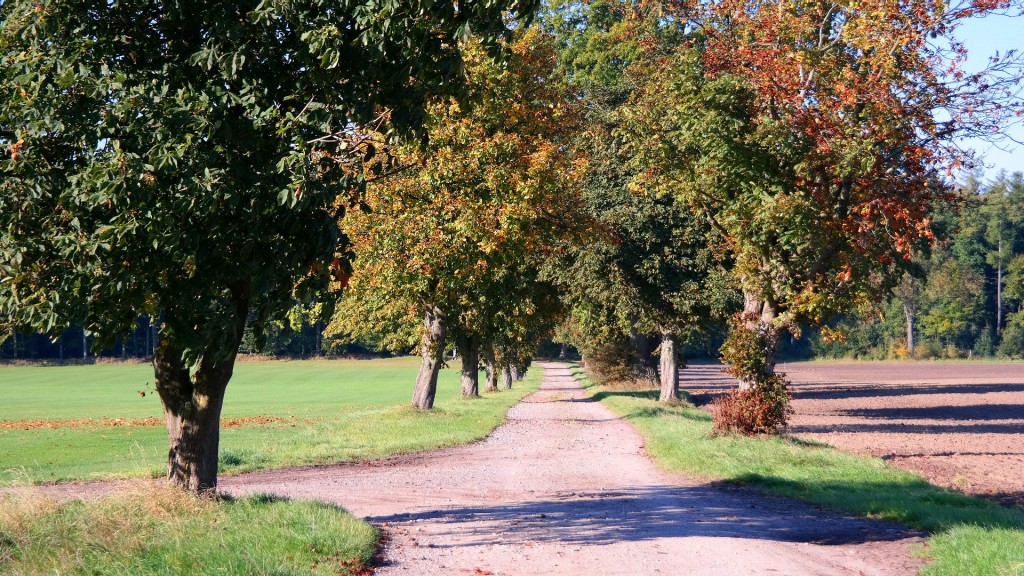 Impressions of the countryside … 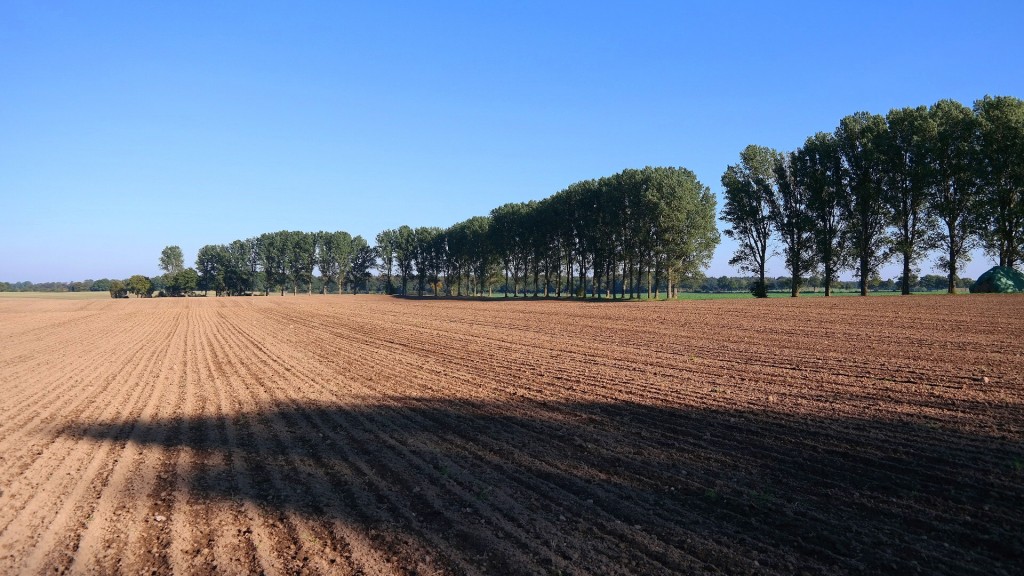 … and one photo opportunity more beautiful than the other 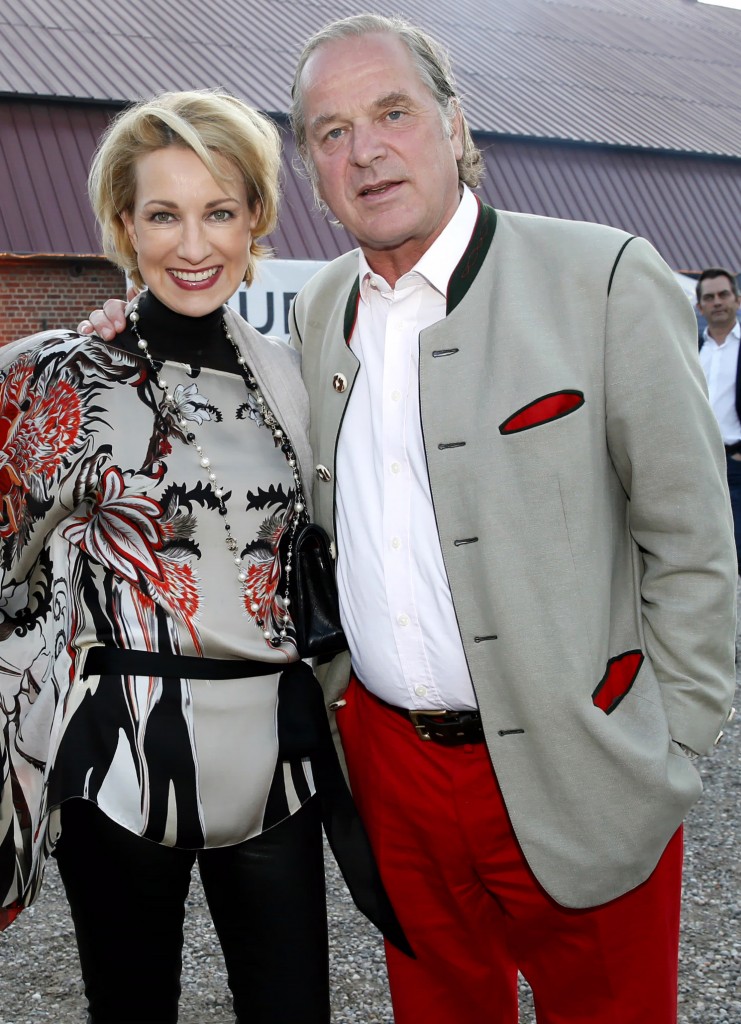 Enno von Ruffin and me