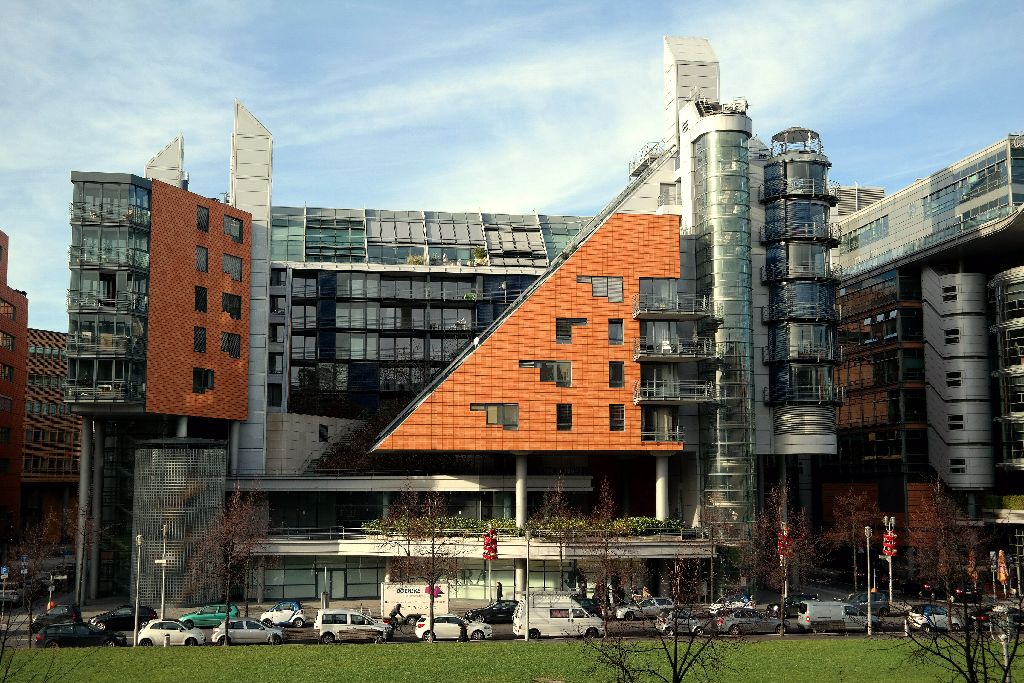 The high-rise buildings at Potsdamer Platz in Berlin

The Berlin skyscrapers at Potsdamer Platz remind Karim El-Barbari of his former home in New York City and that motivated the designer to move to the heart of the German capital after a 20 year interval. New York, Milan, Hong Kong, Tokyo, Paris, London and Hamburg – the man with the exotic name (father Egyptian, mother from Saarland) has hardly left out a metropolis. Six years ago, the apartment with a view of Berlin’s nascent skyline only served as a storage for his household effects. Since then, the designer transformed it into a colourful living space composed of objects that have been taken of many periods: 18th century, French 1930’s and 1940’s, Bauhaus and pieces of the 1970’s. There was no single inch omitted. 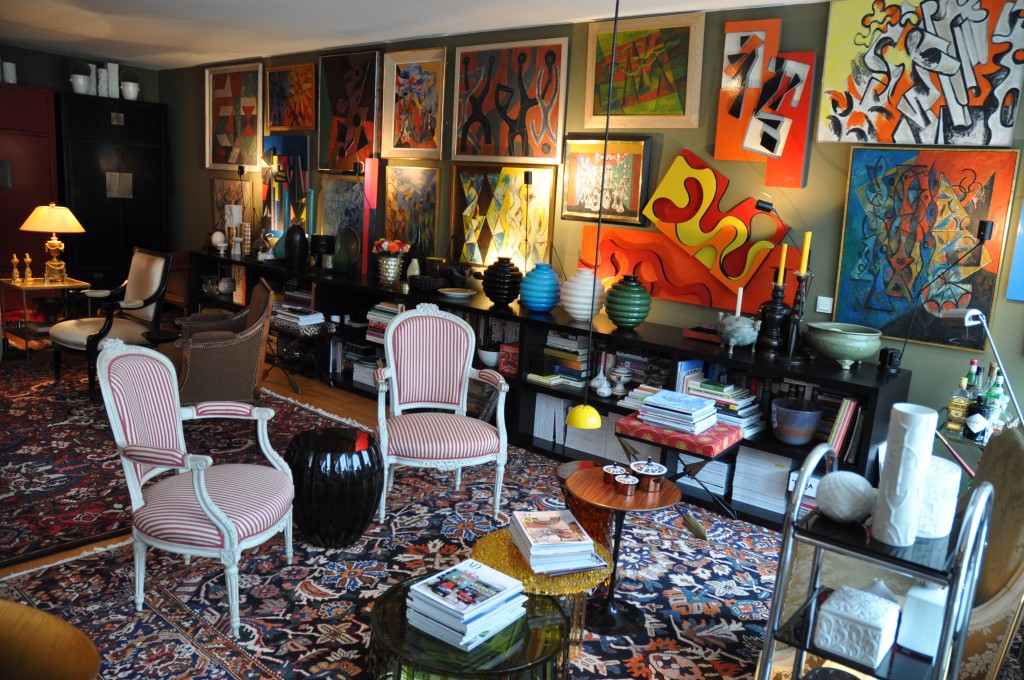 Baroque armchairs and acrylic tables by Kartell – get the mix 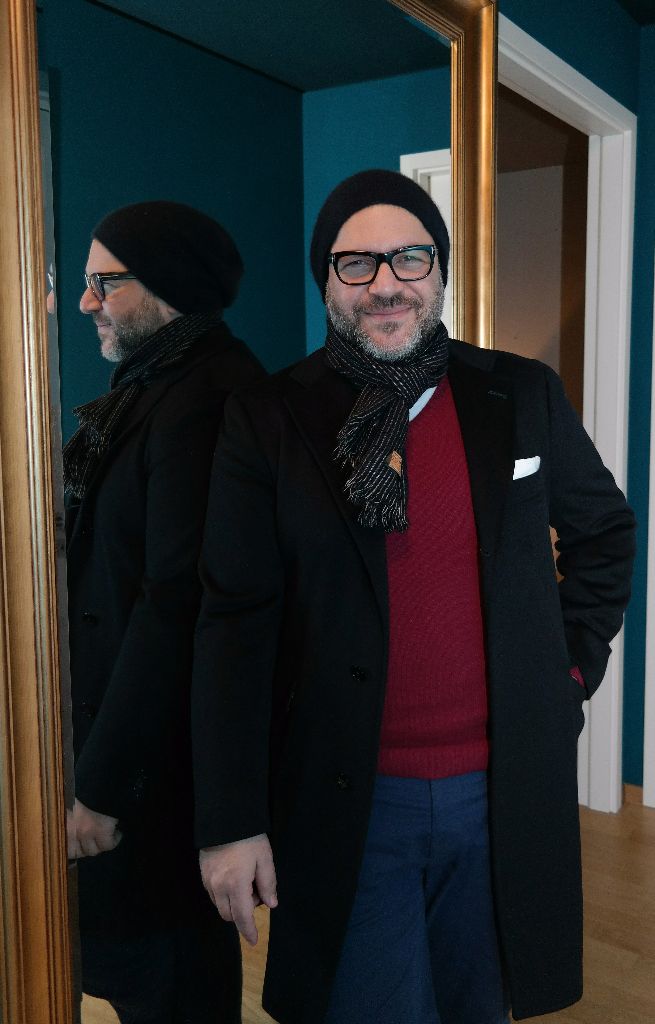 MyStylery: Quiz: What is the secret behind the numeric code 8022 and 6013?
Karim El-Barbari (laughs): Two of my favourite RAL colours: 8022-Black brown, which I use instead of a true black, just as the ceiling of the kitchen and 6013-light reed green as the walls in my living room. My motto: People if you dare – more audacity to colour! 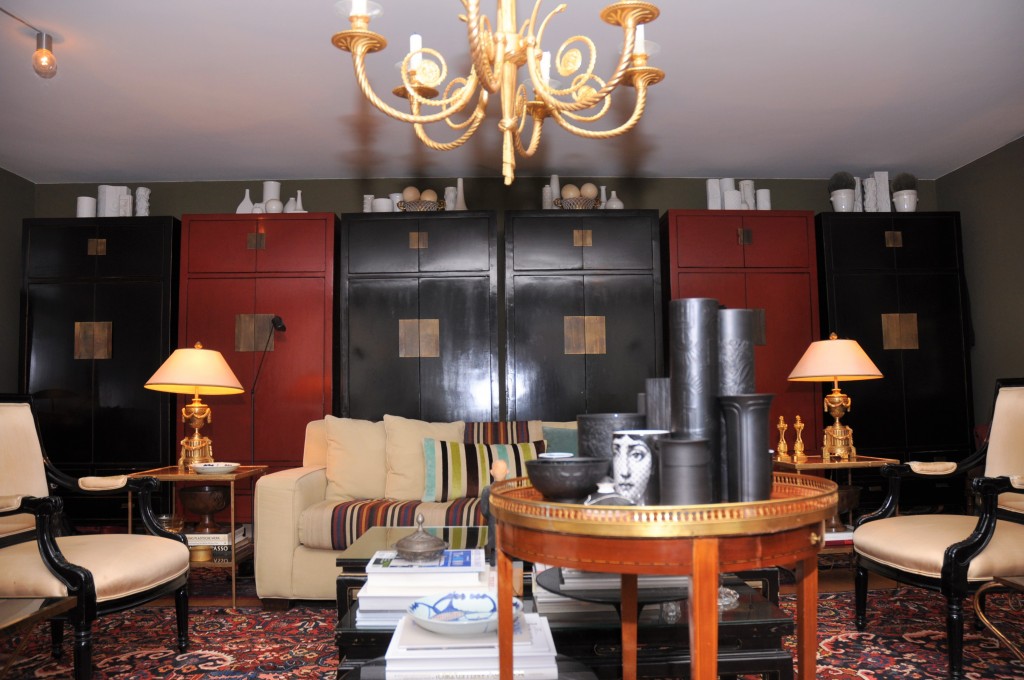 MS: For that the apartment only served as a storage space, the location is rather exclusive…
KEB: That’s true. When I moved here the entire building was empty and no one wanted to move to this at the time No-Man’s-Land. At the beginning I only used the kitchen and the bedroom when I was in Berlin, a city I only barely knew. Then, one morning, when coming back from a trip to the US, I was overcome by a desire and began to unpack all of the boxes. I hung up paintings and unrolled carpets. Many of these things belonged to my parents, such as the Venini and Lalique vases or the porcelain by Rosenthal and Meissen. 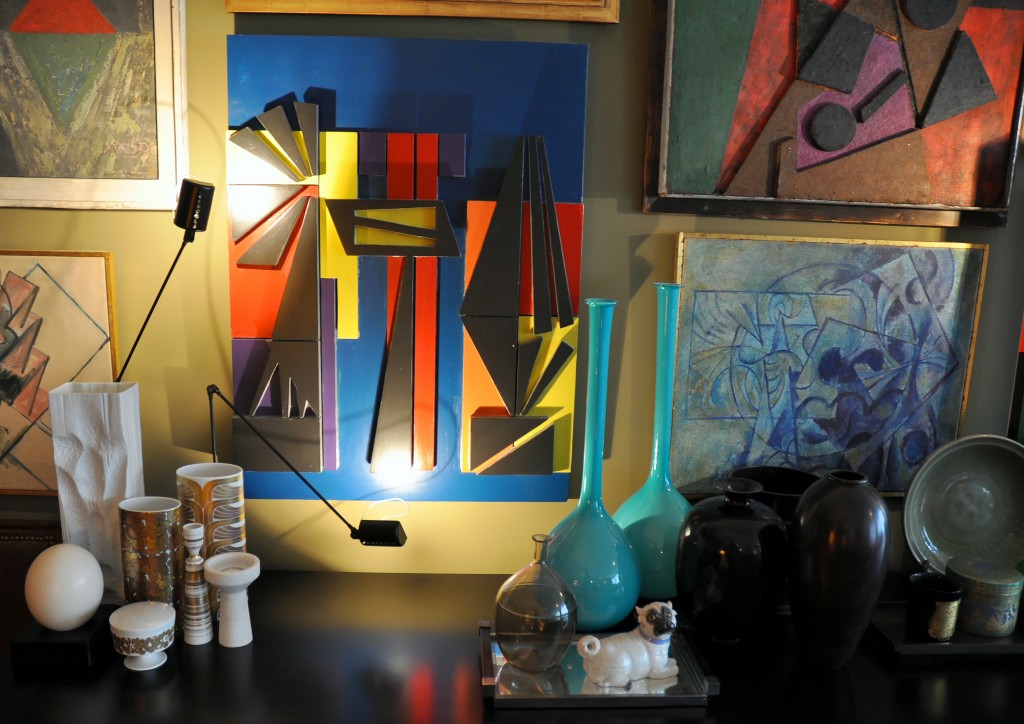 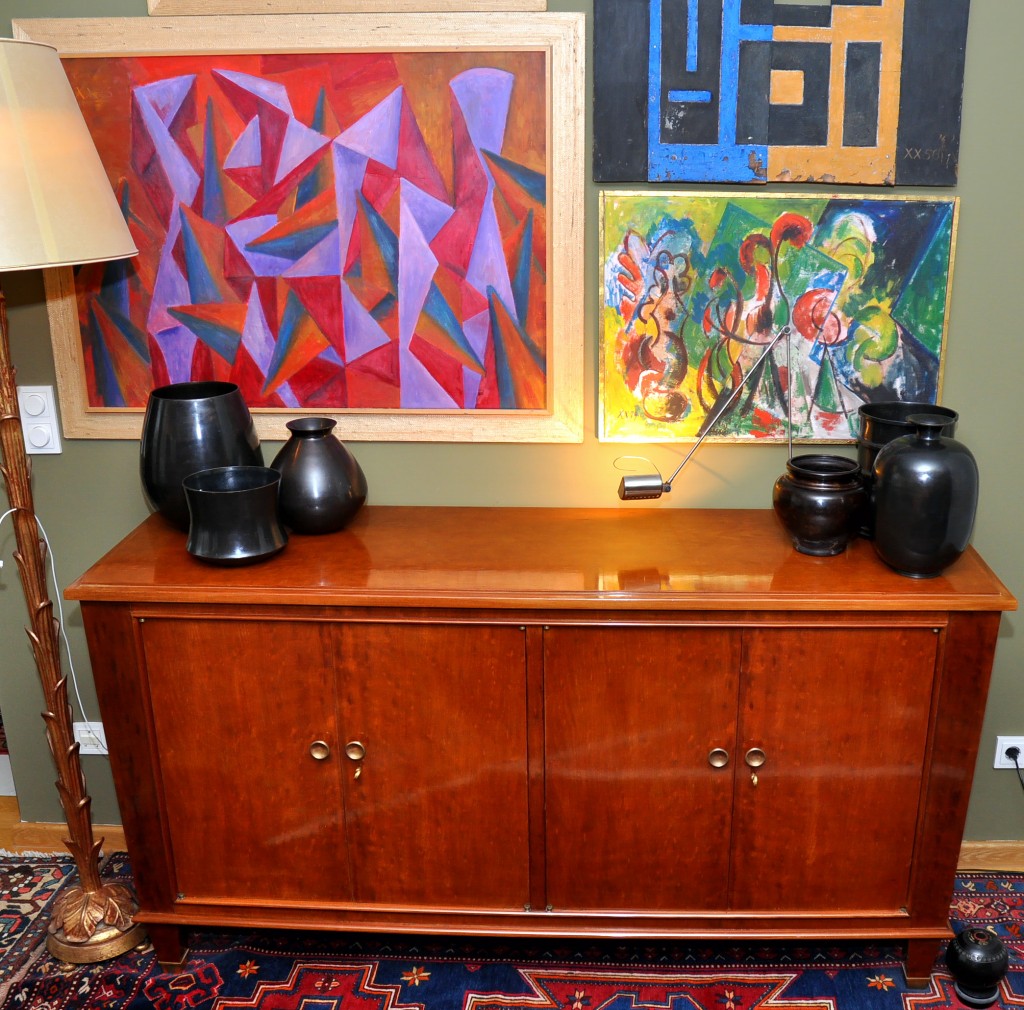 El-Barbari bought the brown sideboard in the Paris Galerie Vallois. The black bronze vases are from Alexander Lamont

MS: Is this your tip, not just to place one vase but immediately a whole bunch?
KEB: It’s a trick I learned from a famous interior designer in New York. You should always choose an uneven number, just like the seven Sistrah lamps hanging over my dining table. Only three of them are connected, but I felt that seven of them would look much cooler. 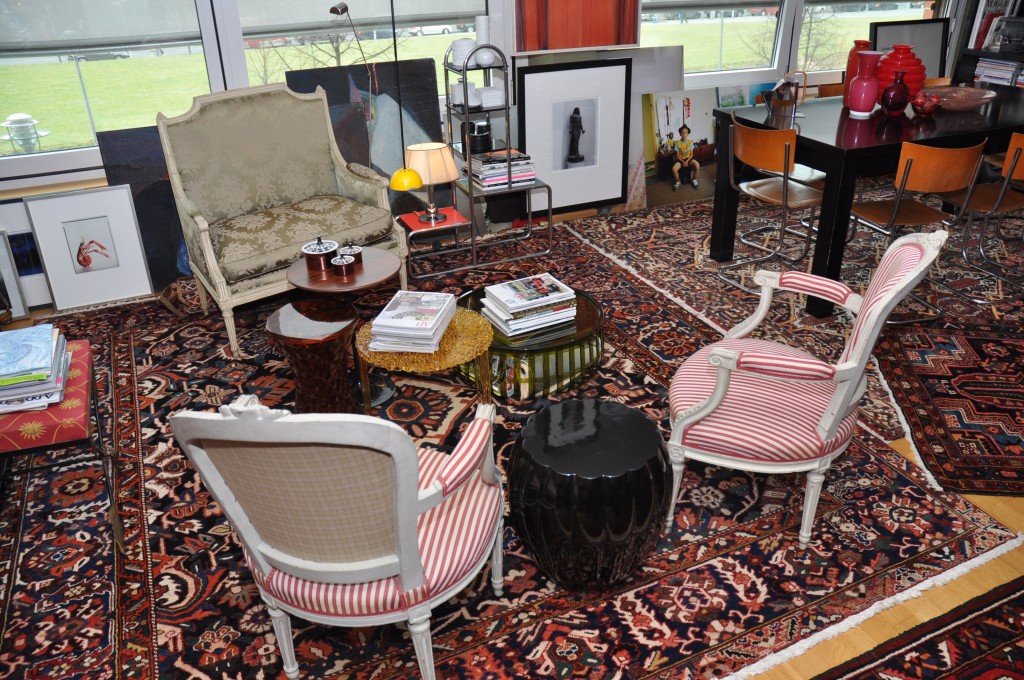 Persian rugs, everywhere you look. They all come from El-Barbaris parents 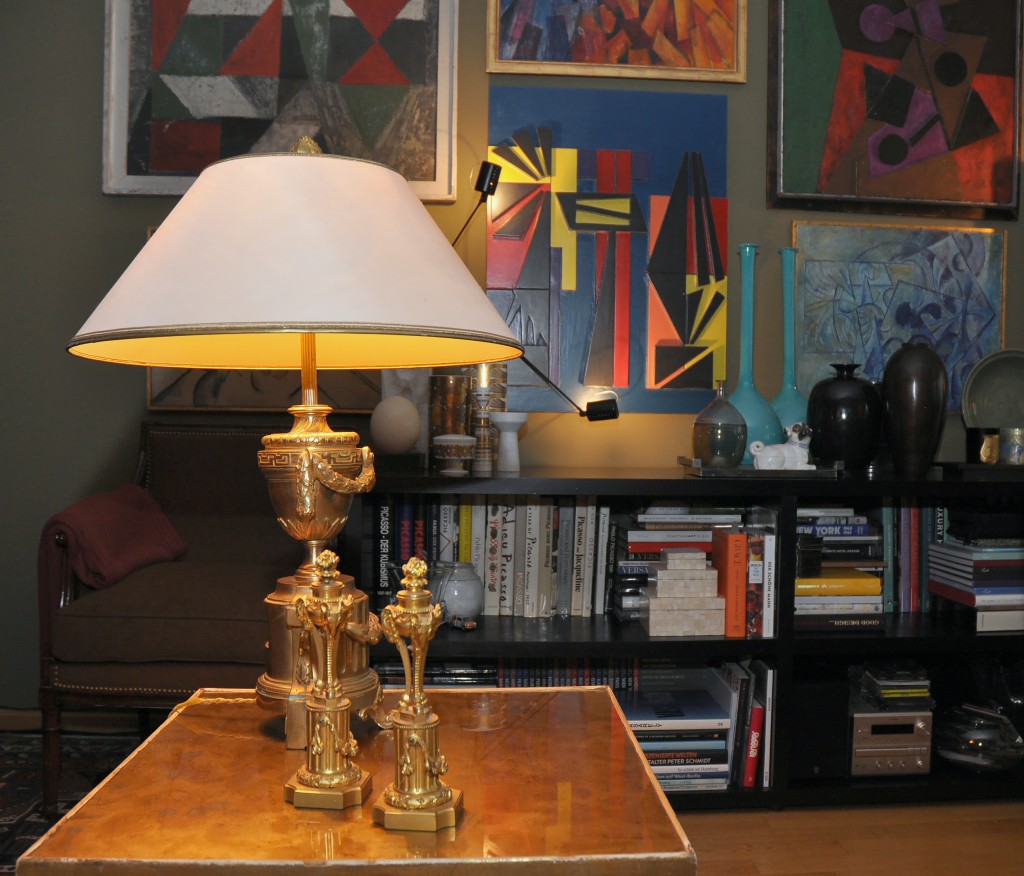 The golden lampstand is by Maison Jansen, the legendary tastemaker of the 20th century, now a rare collector’s item 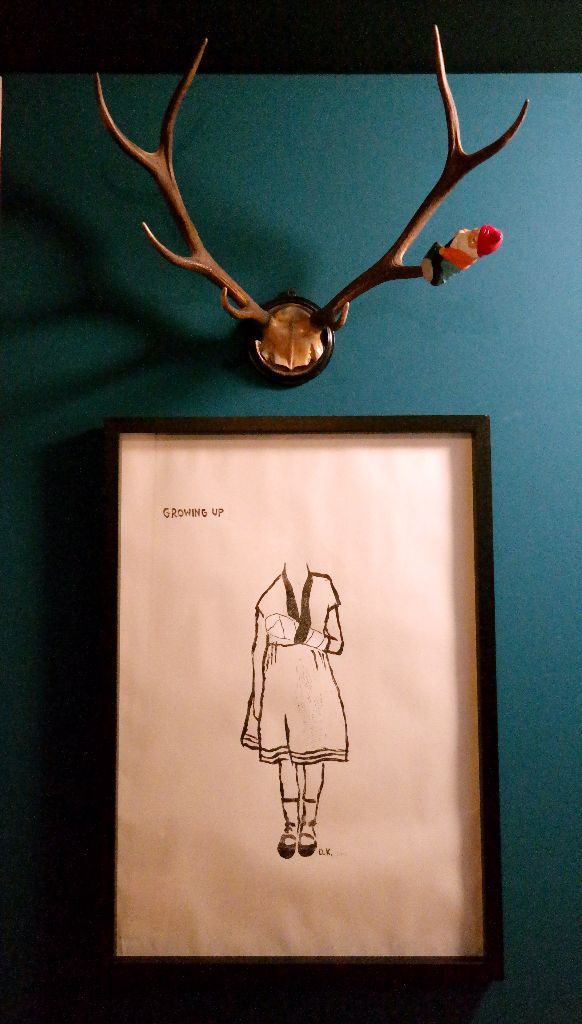 MS: You mix Louis XVI chairs with chairs from the Bauhaus. You even find a spot for the “antlers with garden goblin” by placing them above a modern painting.
KEB (laughs): Oh, the antlers… well… At first, I put the antlers up there to remind me that I should never buy art just because it would help an artist friend. But over time, I actually started to like them as they have a fun sense of humor. Basically I follow Pippi Longstocking’s mantra: I am making my world as I like it. 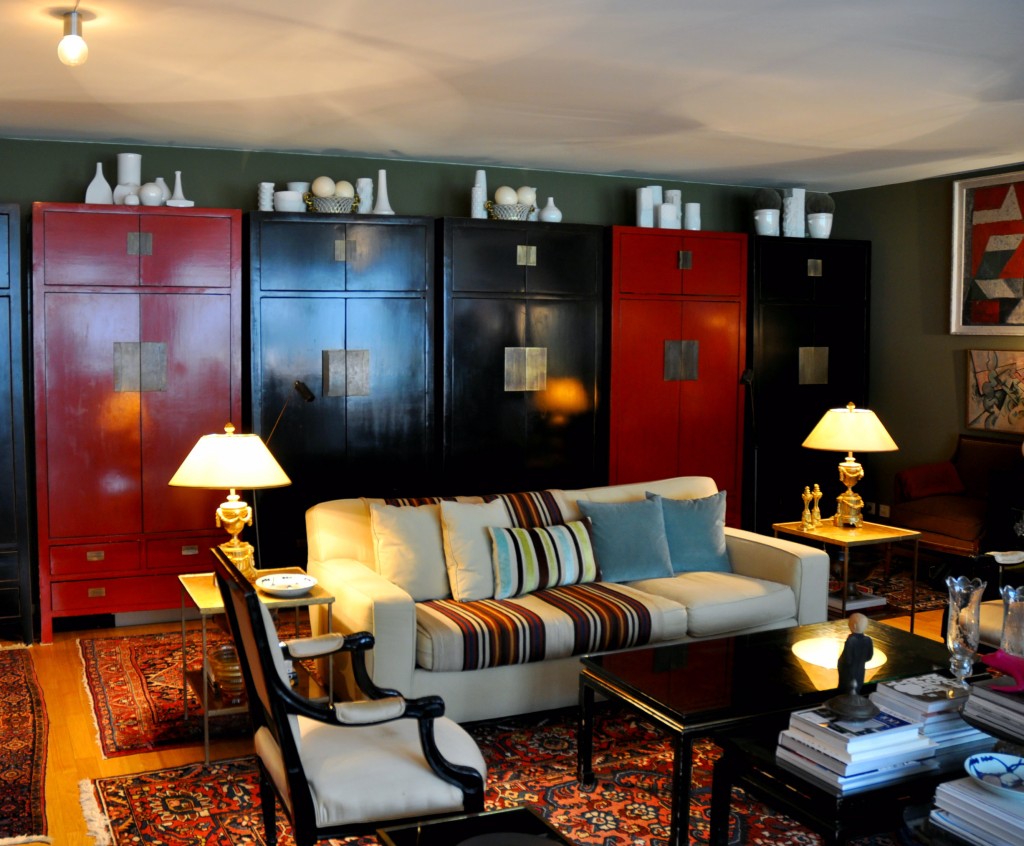 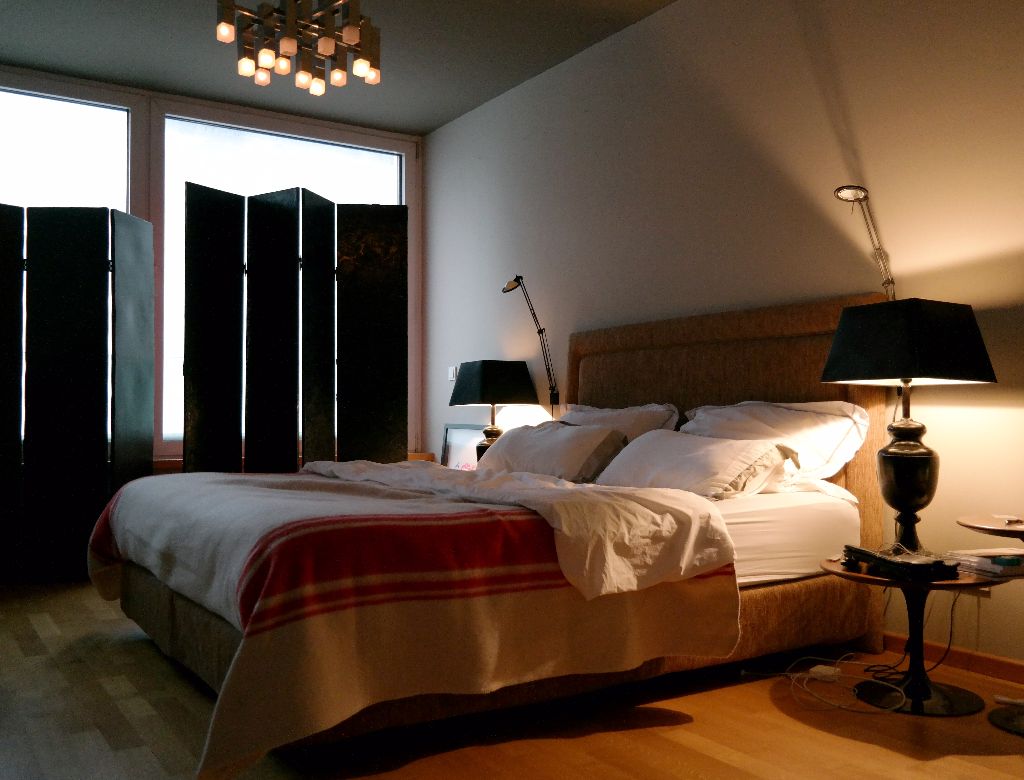 Everyone has curtains anyways! Here screens darken the bedroom

MS: Did you always have a liking to apartments with opulent arrangements?
KEB: No. I once had an apartment in New York, which I only decorated with furniture by Mies van der Rohe, Mackintosh Chairs and other contemporary designers. At the time, I got inspired by the movie 9 ½ weeks starring Mickey Rouke and the apartment of his character. That was pure purism and it was so unbelievably uncomfortable. The apartment was very photogenic, but I constantly had to clean it up. Over the years, I became more of a collector, although I think that my next move will be into a more minimal-decorated space. 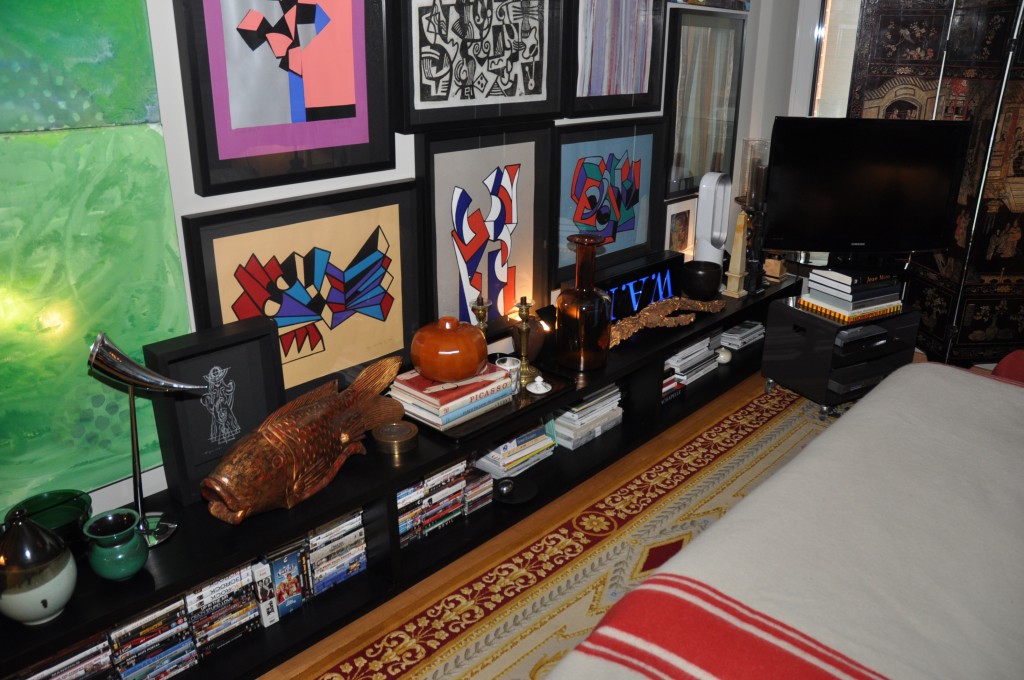 Also in the bedroom a bunch of Art: Works by Max Mertz and Andrulat Degenhardt in Petersburg hanging

MS: Did you always work in interior design?
KEB: I actually started out in the fashion industry. But when living in New York in the 1990’s, I had many friends who looked for certain pieces of furniture and others who wanted to sell things from their apartments. So I started to place and mix their collections into my apartment and sell them. This was a great experience and my first step towards a career in interior design. I still love doing it to this day. 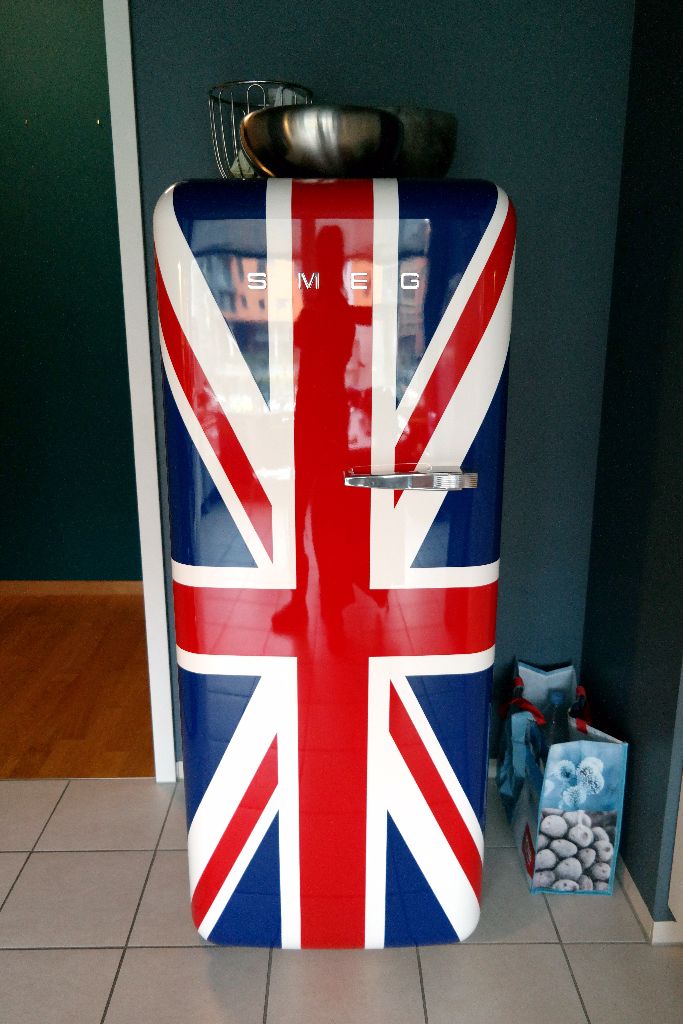 So cool: the SMEG fridge in Brit-Chic

MS: Tell me a little bit about some of the things that you collected over the years.
KEB: For example the small chinese coffee table out of the 18th century once belonged to a New York friend of mine. As a kid she used to sit on it drawing and playing with her babysitter. And the Babysitter was Jacky Kennedy. My SMEG refrigerator in a brit-look also tells a story: When living in Milan, I passed it daily on my way to work, before I finally decided to buy it years later. I follow the principle, when I buy something then it’s for myself and not to impress others.  BvH

The Storyteller from the Straußberger Platz
Who: Andreas Tölke - Journalist Where: Berlin - Mitte I…

A visit to the Stahl House in L.A.
What: Stahl House Where: Los Angeles, USA Two years ago…