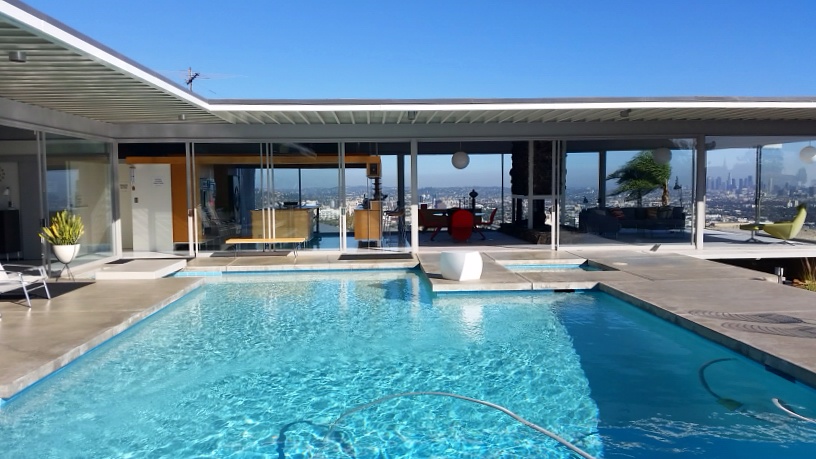 Insights into the Stahl House in Los Angeles

Two years ago I had the unique experience to leave my Berlin life behind and move to Los Angeles for the duration of six months. An amazing chance and I tried to make the best of it: For example, the frame and first contents for MySylery were developed there. California – especially Palm Springs – is an Eldorado for architecture enthusiasts. But L.A. has a lot to offer as well architectural wise. I don’t necessarily mean the multi-million dollar villas in Beverly Hills and Bel Air. Anyone who comes to the City of Angels should absolutely include the Stahl House (also known as Case Study House no.22) into their sightseeing program. 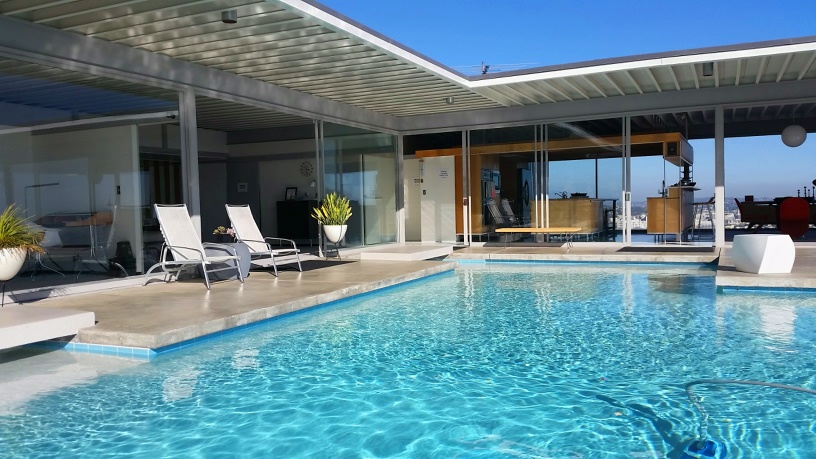 The bluest sky in competition with the turquoise pool

Named after it’s owner, former American Football Player C. H. “Buck” Stahl, American architect Pierre Koenig designed a modern glass construction in 1959, which by all means – if one doesn’t know any better – could also pass as a current design. Large-scale glazing as well as the use of industrial material such as steel are nothing spectacular in the minimalistic architecture nowadays – but in the 1950s it was an absolute first. Till this day the Stahl House is still in possession of the Stahl family. 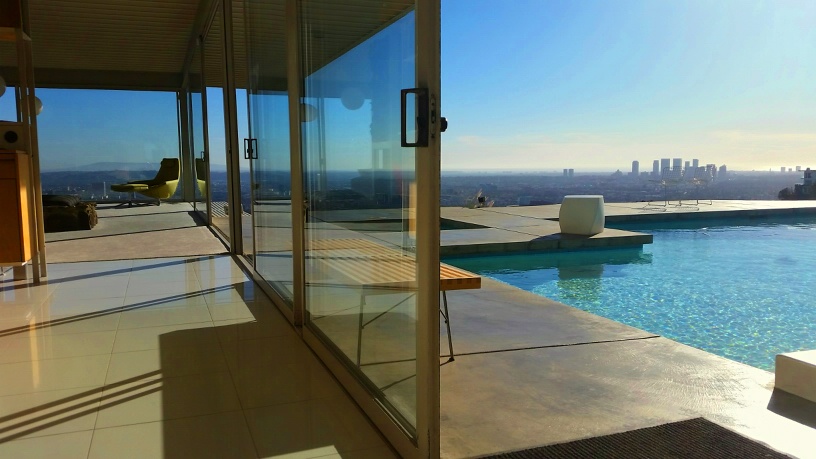 Wow, what a view! On the right the Skyline of Santa Monica

The drive alone to this impressive iconic building is a highlight for itself: From Sunset Boulevard you have to drive up the partially narrow and steep streets into the Hollywood Hills. As a driver I’m constantly hoping that as little cars as possible are coming my way. From up here you have a full view over Los Angeles. When the view is good – without smog or fog – you can see the skyline of Downtown Los Angeles on the left hand and on the other side the Pacific Ocean at the horizon. What a truly stunning view! 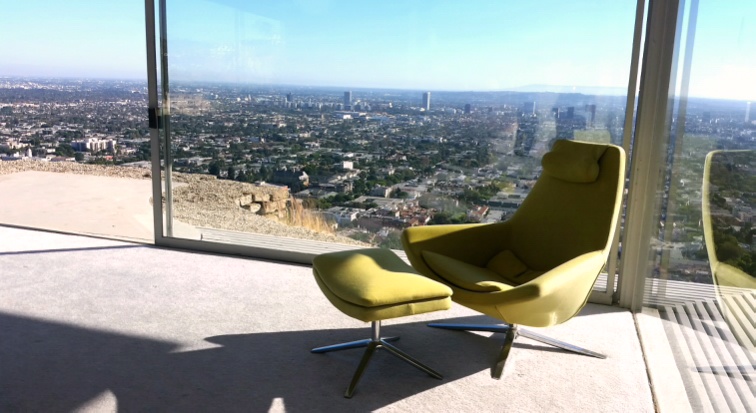 View to the horizon

The Stahl House is not only exceptionally situated. What is mostly not possible with other ‘case study’ houses: you can also have a tour of the inside. Melissa Stahl, a friendly woman in her late-forties welcomes me and the other tour members while conducting the small car-convoy onto the restricted parking area. The mother of three and wife of one of the Stahl sons very personally narrates the experiences of her husband, who has spent his childhood here. The construction of the building then cost 35.000 US dollars. Today there are buying offers of over 15 million dollars. But the Stahl’s don’t even think about selling this incredible piece of architecture. Even though none of them lives here and the preservation of the building is connected with a lot of work and money. 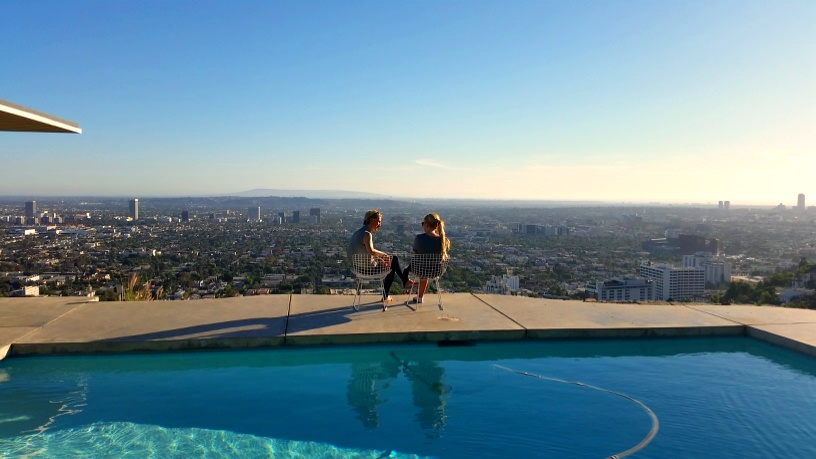 Clare and I have decided: we move here! 😉

In the late nineties the landmarked building has been extensively renovated and today it is furnished with modern design classics. How Melissa’s parents-in-law have lived here is largely only documented on the framed family photos. The kitchen however is – beside the fridge – still maintained in its originality. And the guest-toilette, a transcendence of the taste of the 70s: brown-orange flowered retro wallpapers, flowery Pril-stickers on the tiles, behind the toilette a green fluffy carpet sticking on the wall. This little imperfection is everything but design-award-worthy, therefore much more authentic. After all, there have been real people living in this monument. BvH 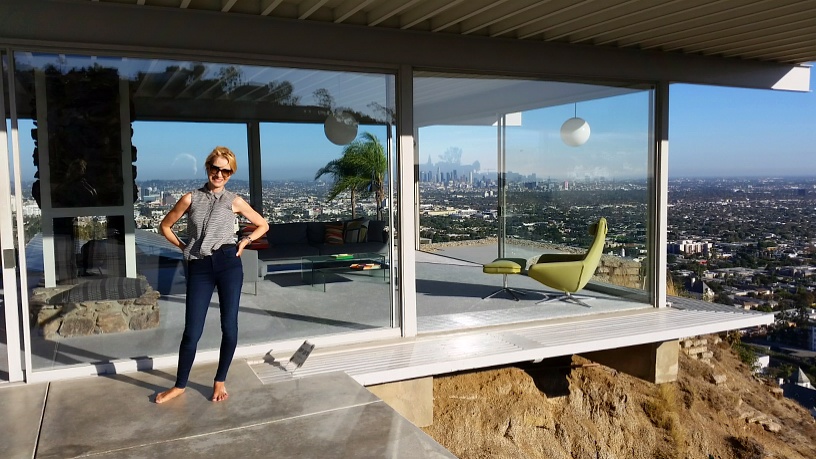 I was a bit queasy when I look down the steep slope. The L-shaped building has been built on a hill which had seemed not useable for construction

Book your online tickets for a tour through the Stahl-House before your stay in L.A., the tours are restricted to 25 people max and extremely popular. Tickets from 35 US Dollar. By the way, the Stahl House will be closed from May 26th to June 5th 2016 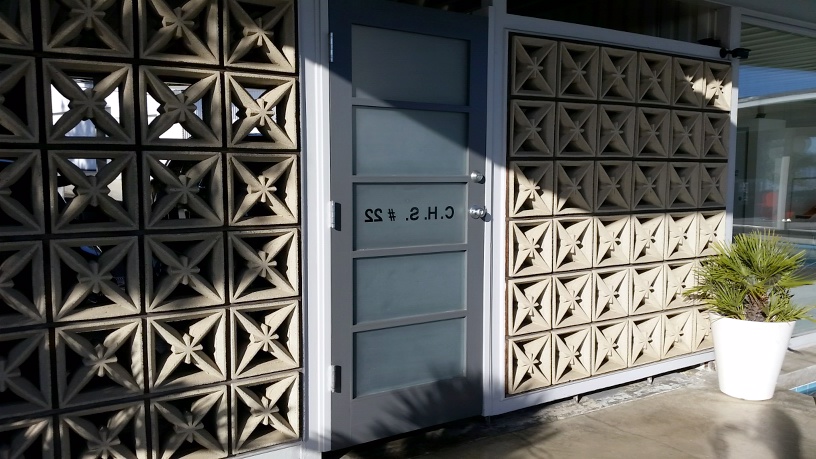 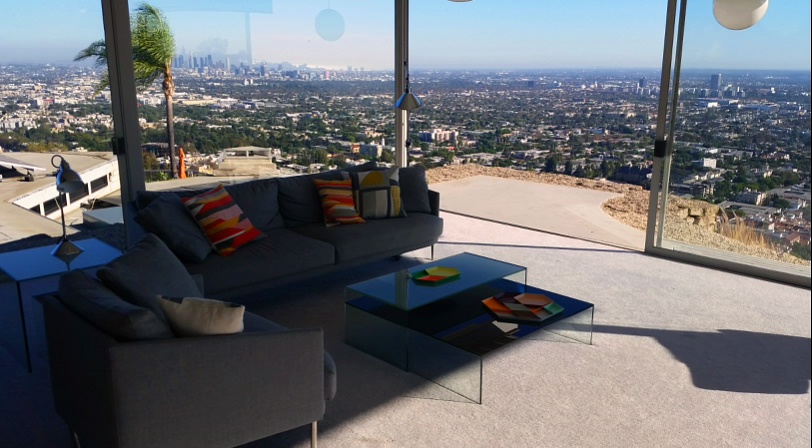 The south wing is completely glazed from the floor to the steel roof and offers an incredible view over the city from each room. The original simple glazing slightly broke and was later replaced with break-proof glass 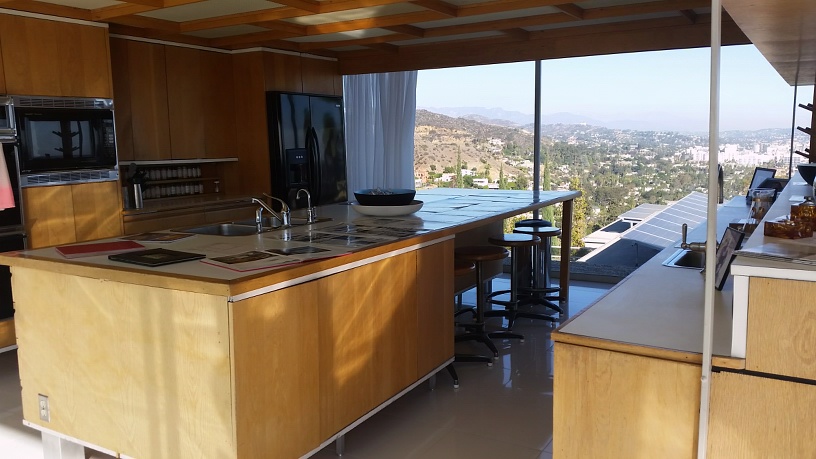 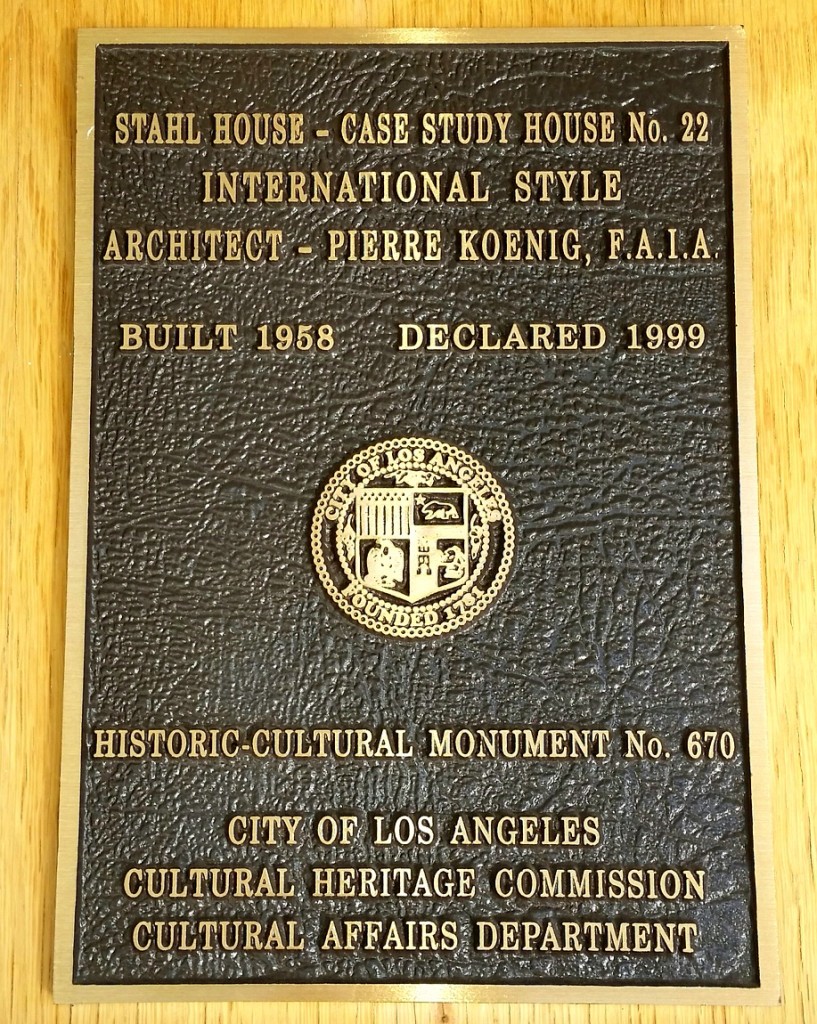 Since 1999, the Stahl House is a listed building … 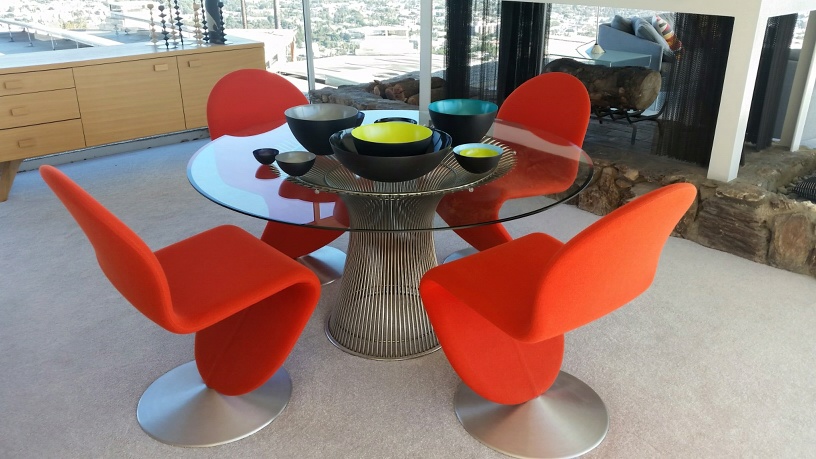 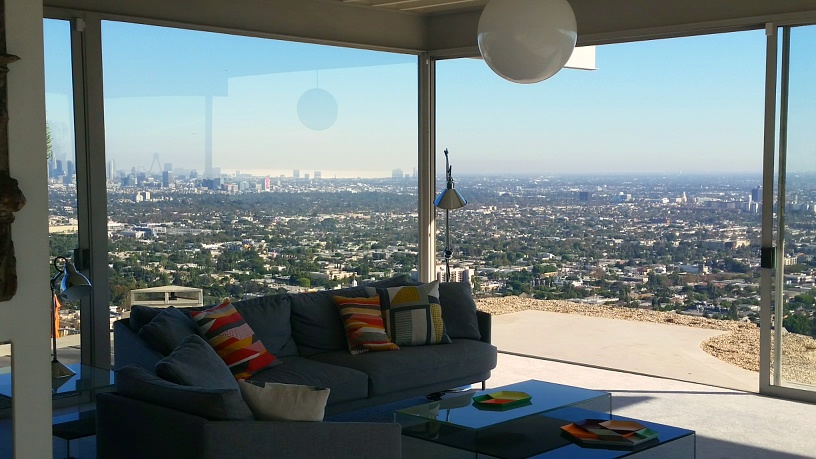 In 1960, Arts and Architecture, a magazine for experimental residential living, included the Stahl House into the ‘Case Study Houses Program’ 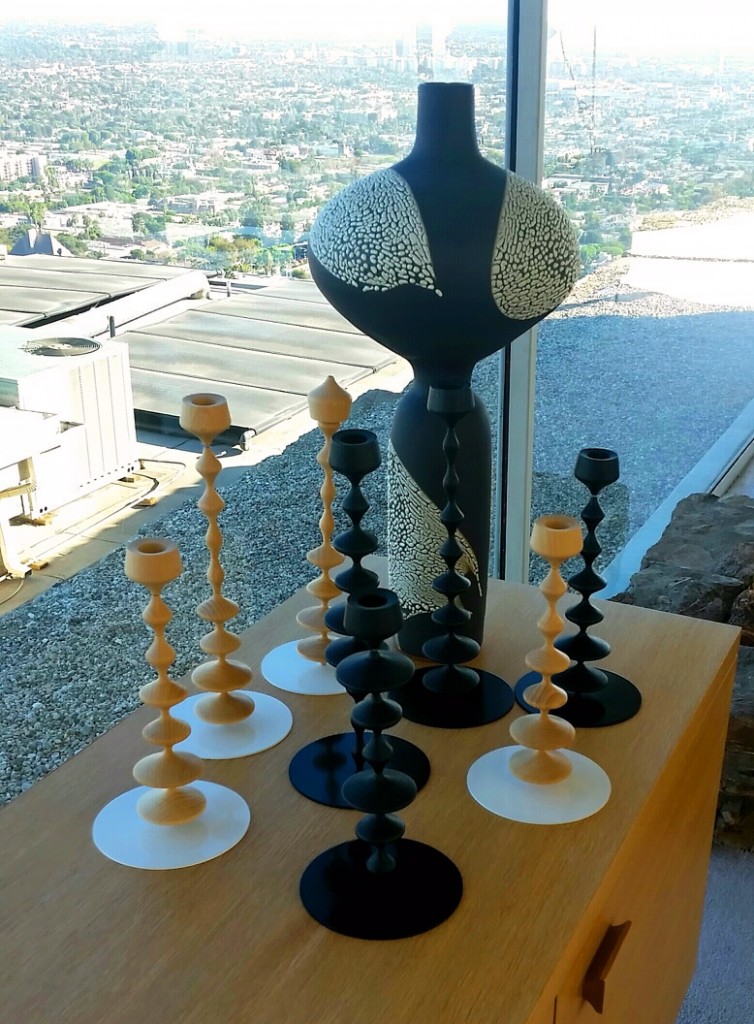 I don’t know what attracts me more? The gorgeous vase or the wow-view behind … 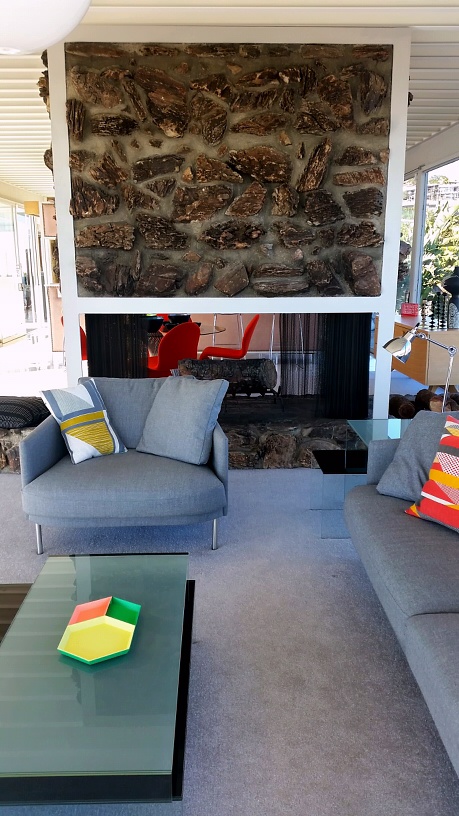 The open stone fireplace separates the living and dining area 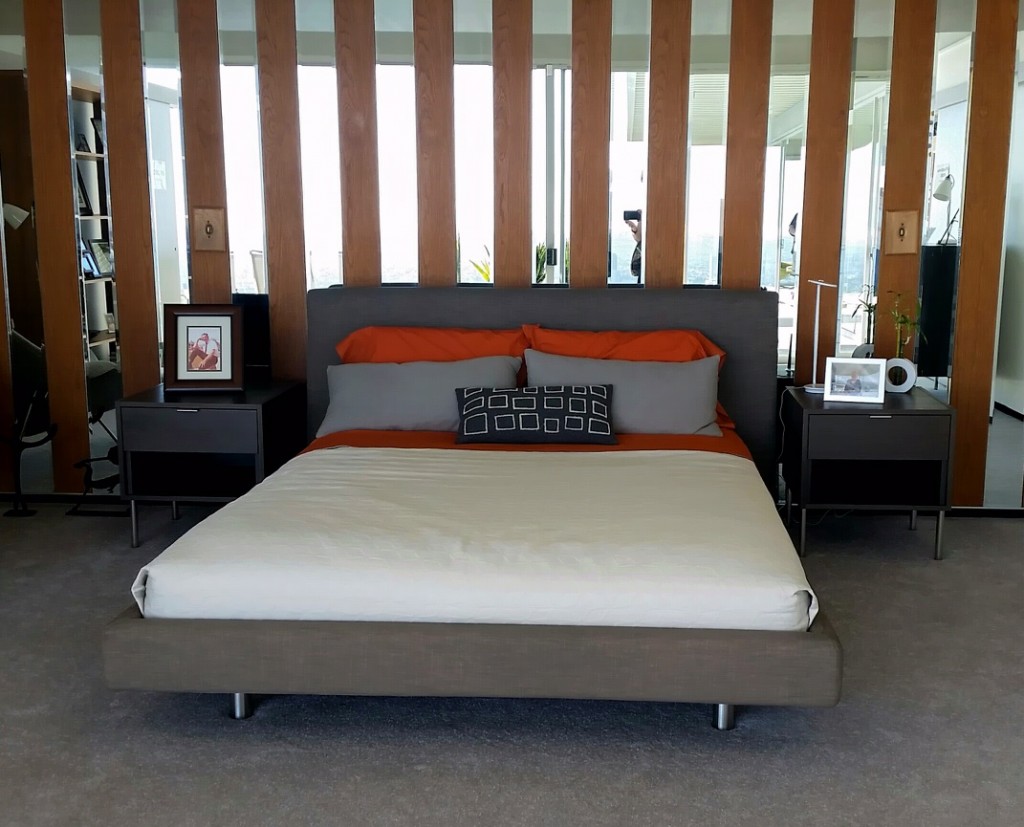 One of two bedrooms. On the bedside table a photograph of the owner Buck Stahl, who enjoyed from here a panoramic view … 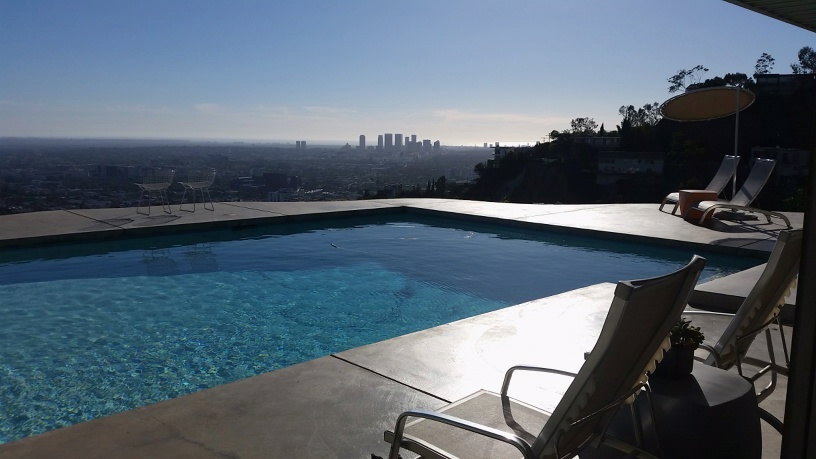 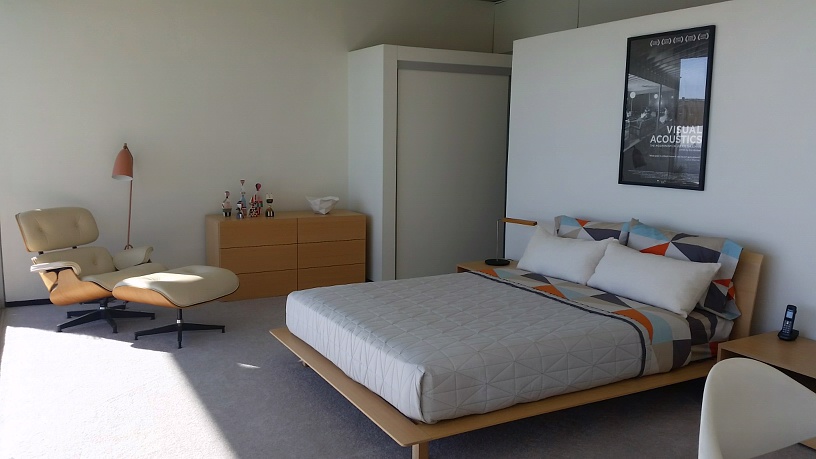 Sure, that an Eames Lounge Chair may not be missing in the Stahl House 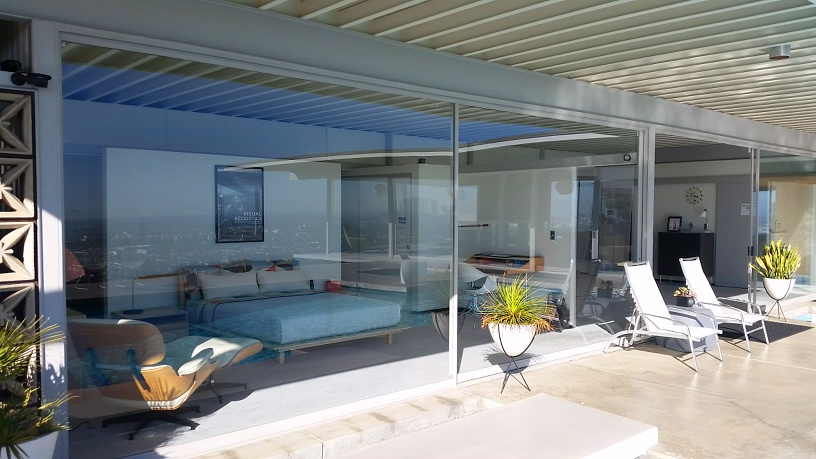 Anyone wanting to go inside has to take off his shoes! 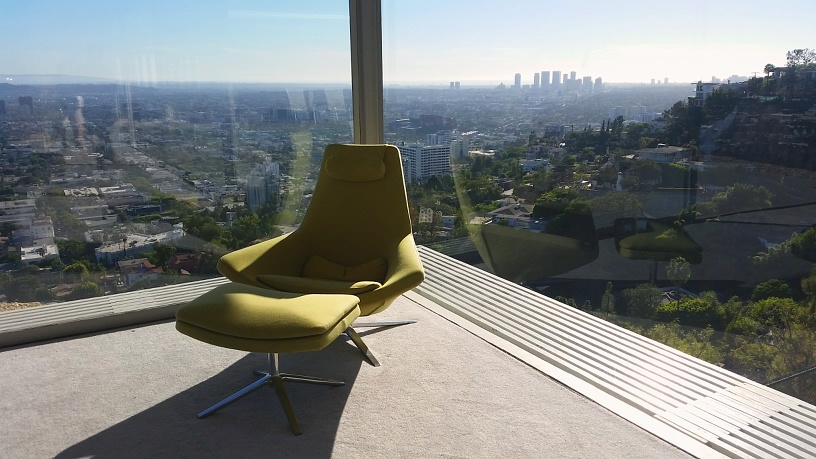 Buck Stahl, the owner already acquired the property in 1954 and built terraces in the following years to prepare it for the construction … 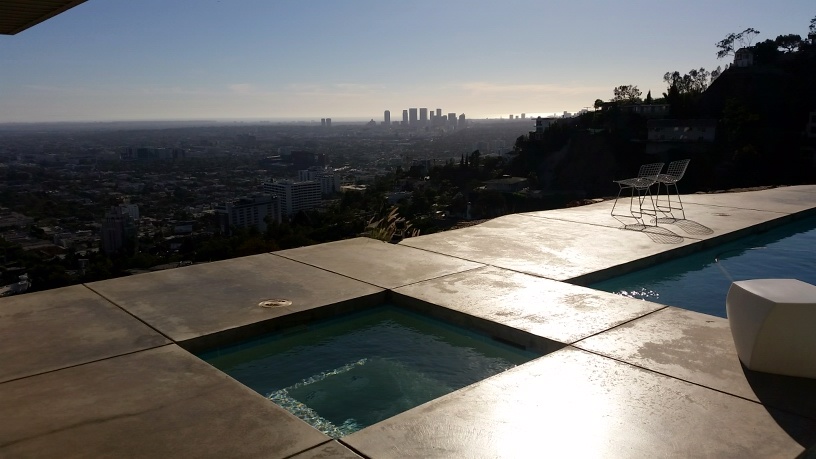 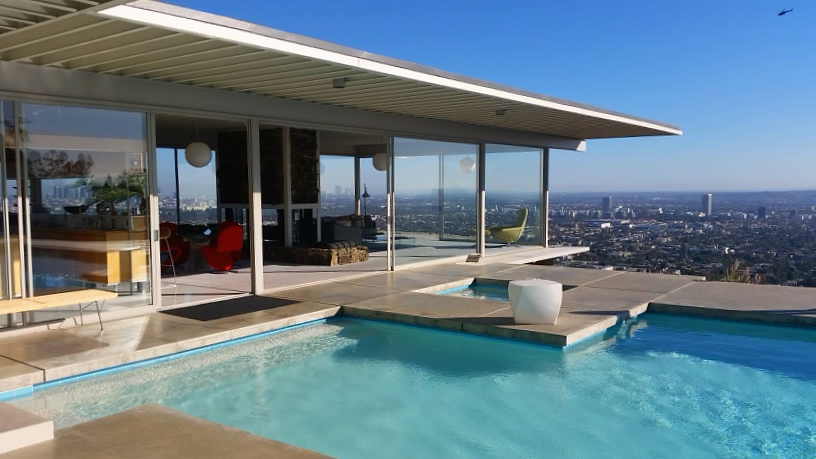 After nine months, in June 1960, the constructions ended. With this house Koenig tried to show, that industrial materials such as steel were suitable for residential buildings. Adventurous are the unsecured hillsides – something the building authorities would surely not approve today 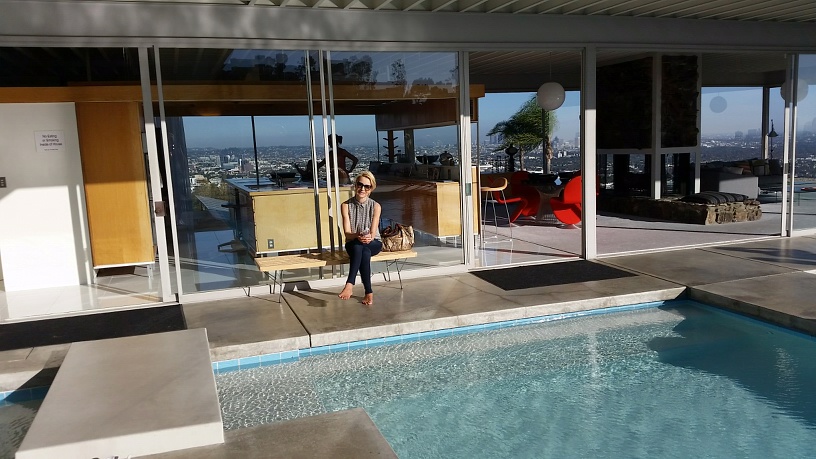 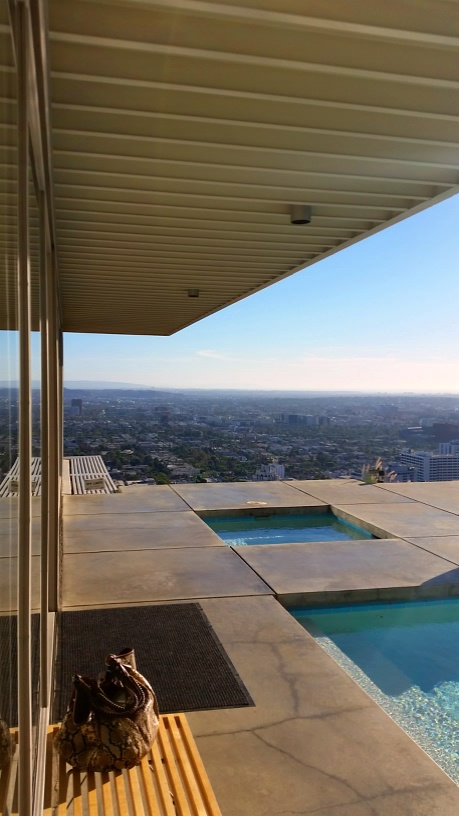 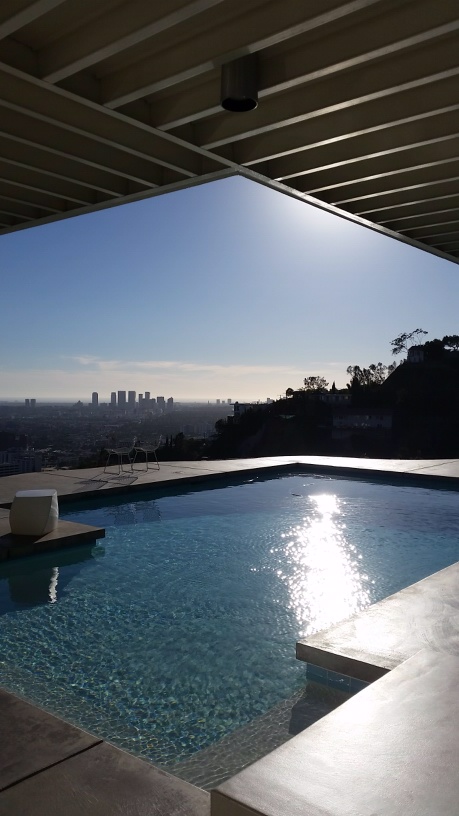 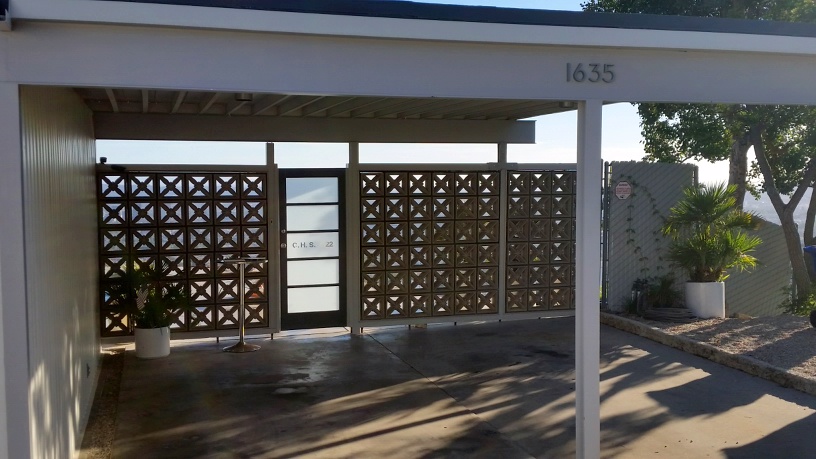 The Stahl House, still in private possession of the Stahl family, has been awarded numerous times and is included in many lists of significant architecture. Among others: „America’s Favorite Architecture “ and „The best houses of all time in L.A. “