What: Personal tips for sightseeing, restaurants, things to do
Where: Barcelona, Spain 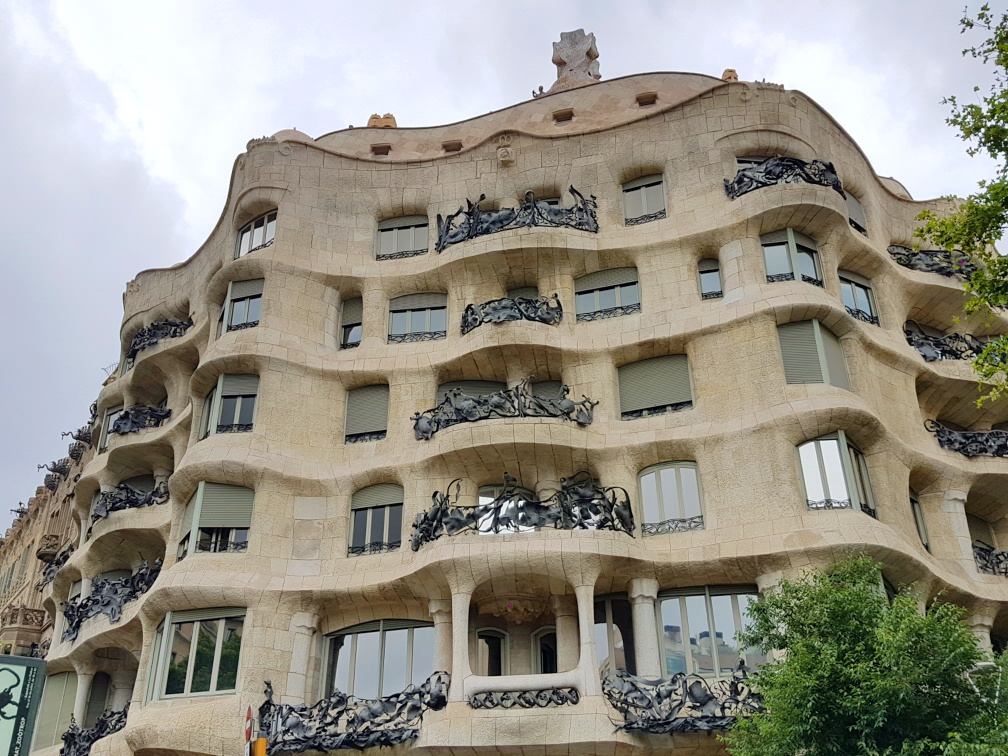 One of the famous buildings of the Spanish architect Antoni Gaudi is the Casa Milà on Passeig de Gràcia, which was built from 1906 to 1910 as a landmark of the Modernisme

There is hardly a city that impresses me more in terms of architecture than Barcelona. The famous Spanish architect Antoni Gaudi has created real eye-catchers with his architectural style – the Modernisme. Impressive buildings such as Casa Milà and Casa Batlló, whose bright sandstone facades are adorned with playful bays and balconies. Especially in the districts of Barri Gothic, Raval, Gràcia and the Art Nouveau Eixample district, the magnificent buildings line up like the pearls of a string.

Barcelona is not only fascinating because of its architecture. A city located directly by the sea and a five-kilometer, palm-fringed beach promenade, the Passeig Maritim with numerous restaurants and Chiringuitos (Spanish for beach shack) are already a special way of life. Wonderful when you wake up in the morning looking at the harbor silhouette, which is possible, for example, if you stay at the hotel of the stylishly designed private member club “Sohohouse” (located directly opposite the beach mile, from 330 euros per night), which I will soon report in more detail on MyStylery.

Immediately after getting up I take a taxi up to the hill Turó del Carme to Parc Güell. Dive into the fairy tale forest, which Antoni Gaudi had originally planned as a garden-city and built from imaginative, broken pottery. Tip: The number of visitors to the Gaudi fairytale-forest is limited to 400 visitors. Definitely buy the tickets online before (admission 8 euros per person). The same applies to Barcelona’s landmark, the impressive Basilica Sagrada Familia – a UNESCO World Heritage Site. The exploration of the vast Güell Parc with its arcades and flower columns, also designed by Gaudi, is free and worthwhile for the phenomenal views over Barcelona alone. You can also enjoy a mega-view of the harbor, the city and the sea from the Castell de Montjuïc on the 173-high mountain of the same name. During the Franco dictatorship the former 16th-century fortress was used as a military prison and torture chamber for unwelcome opponents of the regime and political prisoners.

On my way back I walk 5.5 kilometers by foot. I explore my favorite district of Gràcia, which is, because of its art scene, not only popular amongst young people. The capital of Catalonia is not as crowded here as in the turbulent old town streets and on the always crowded Ramblas, the famous promenade with its street musicians and artists. A visit to Barcelona’s La Catedral is a must, not just for fans of gothic architecture. Tip: From 8.00 am to 12.30 pm and from 5.30 pm to 7 pm, admission on weekdays is free. I head for the Picasso Museum in Carrer Montcada and then shop in the surrounding chic fashion boutiques. Worth a detour to the Arc de Triomf and the adjacent boulevard Passeig de Lluis Companys, which leads to the Parc de la Ciutadella: Barcelona’s green lung is popular with locals and tourists, especially on Sundays and public holidays. 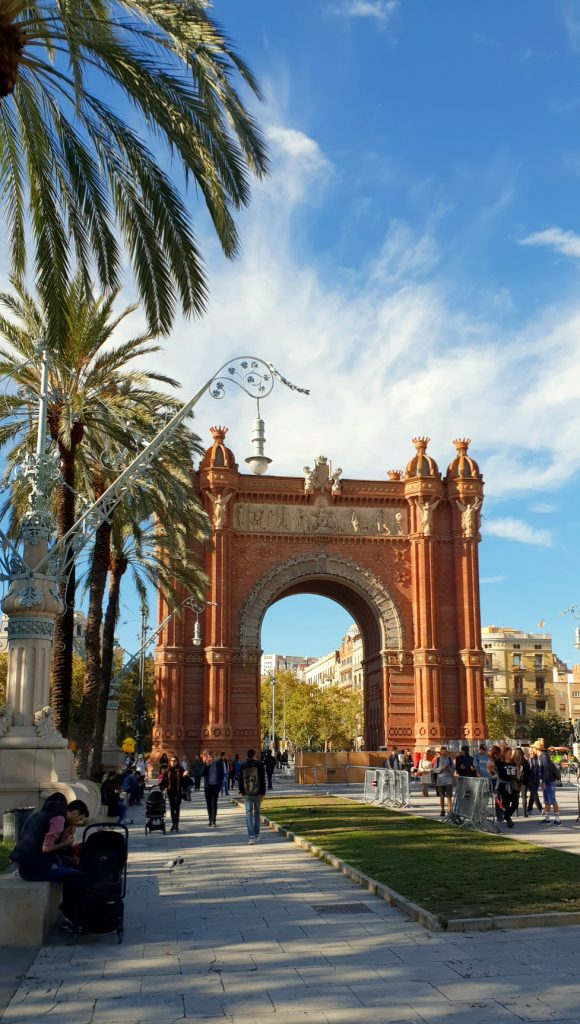 My destination is the district of Barceloneta, the former fishing village that has awakened from a deep slumber since the 1992 Olympic Games and has been carefully restored since then. Nevertheless, the village charm has been preserved. Nowhere have I seen more clothes on clotheslines fluttering in front of the windows, as a result of which all over Barceloneta there is an intense scent of detergents and fabric softeners. Typical are the small and inexpensive tapas bars and corner bars. However, I want to have lunch with a view of the sea and walk on to the Platja de la Barceloneta. Below the bronze sculpture in the shape of a giant fish by star architect Frank Gehry, I enjoy Calamari L’Andalusa (14 Euro) in the restaurant “Bestial”. Delicioso – delicious! 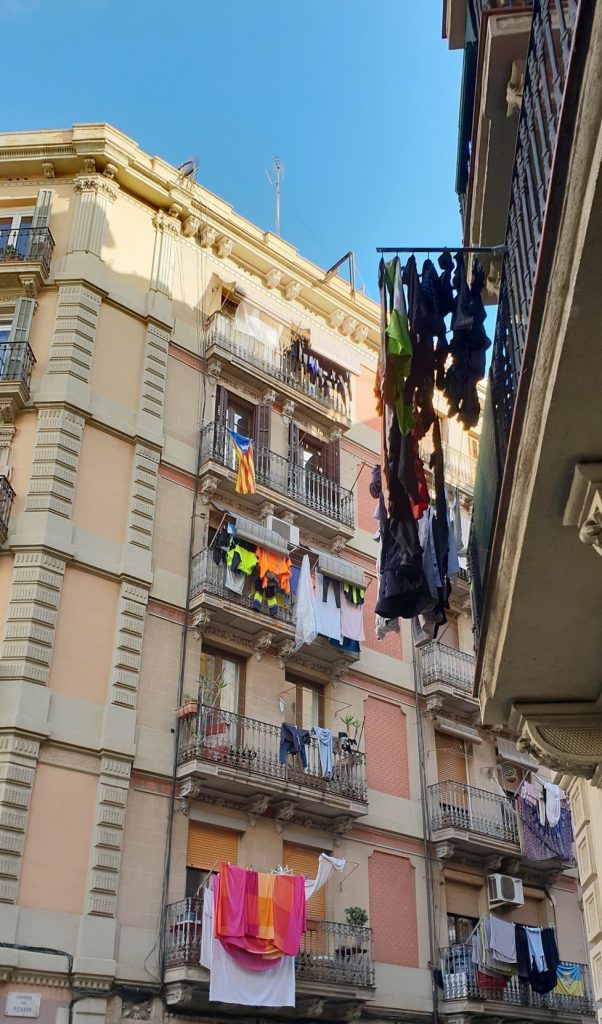 Why is there an intense scent of detergents and fabric softeners throughout Barceloneta? Therefore! 😉

My tip for the evening is the restaurant “La Dama”, a gourmet restaurant in the spectacular Beletage of the Casa Sayrach, a magnificent building in Gaudi style. The sumptuously decorated entrance with columns and Art Nouveau elevator alone is just about the limit. The plush atmosphere is reminiscent of the lounge times of the 20’s and could have sprung from one of the novels of my Spanish favorite author Ruiz Safon. The food – i.a. roast beef (Rosbif de vaca, 16 euros) and sea bass (Lubina mediterranea, 26 euros) were as good as the final nightcap at the bar. Salud! BvH 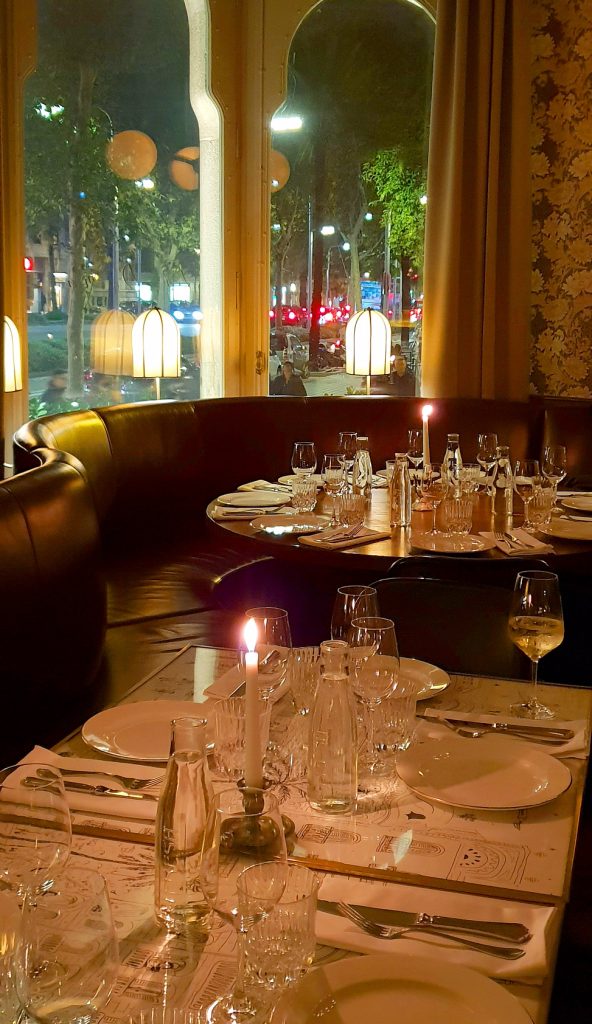 “Can Fisher”: The name says it all. Here you can feast on excellent fresh fish and paella and enjoy a direct view of the Mediterranean Sea.

Foodies must have a look at Barcelona’s most beautiful market hall, “La Boqueria”. But be aware: At lunchtime, tourists come pouring in to eat at one of the stalls. Alternatively, the “El Nacional” offers food and drinks from all corners of Spain at various cooking stations and bars in a gigantic hall.

Me sitting in the sun…Barcelona offers 4.2 kilometers of golden sandy beaches, just 10 minutes from the city center

“Chic and Basic Ramblas Hotels” (from 130 euros per night), “Motel One” Barcelona-Ciutadella (from 95 euros), “Room Mate Gerard” in the Eixamples district (from 180 euros). 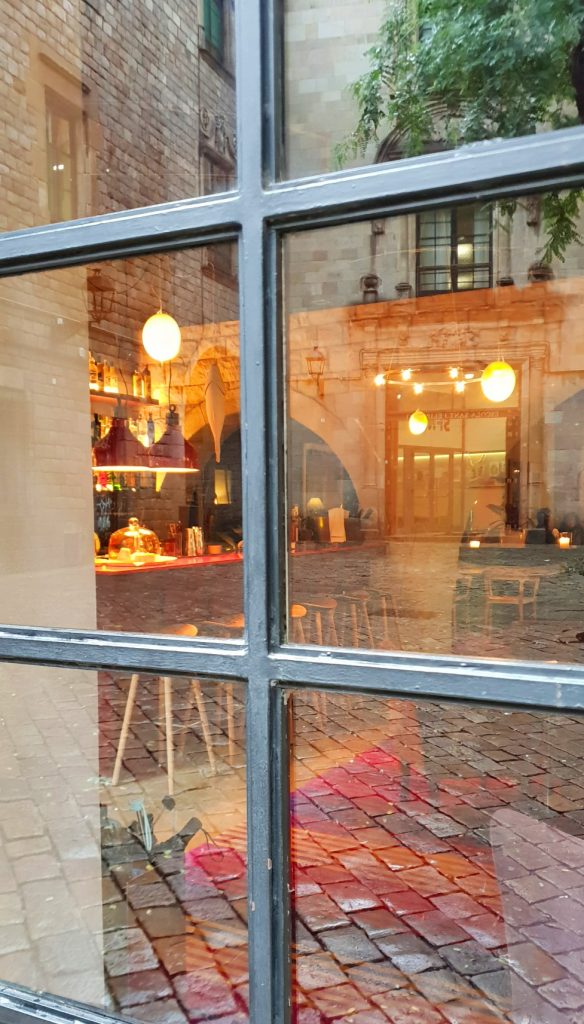 Hotel tip: “The Neri” in the middle of the romantic old town with the excellent restaurant “a”

For example, with EasyJet from 128 euros.

The journey time from the Aeroporto Barcelona to the city is about 20 to 30 minutes by taxi, the fare about 30 to 35 euros. The Aerobus runs every 5 to 10 minutes, single ticket for 5,90, there and back 10,20 Euro. There are also trains as well as the TMB airport bus line 46.
Speaking of bus: In Barcelona you can also explore the city for an initial overview via an on-and-off bus tour. 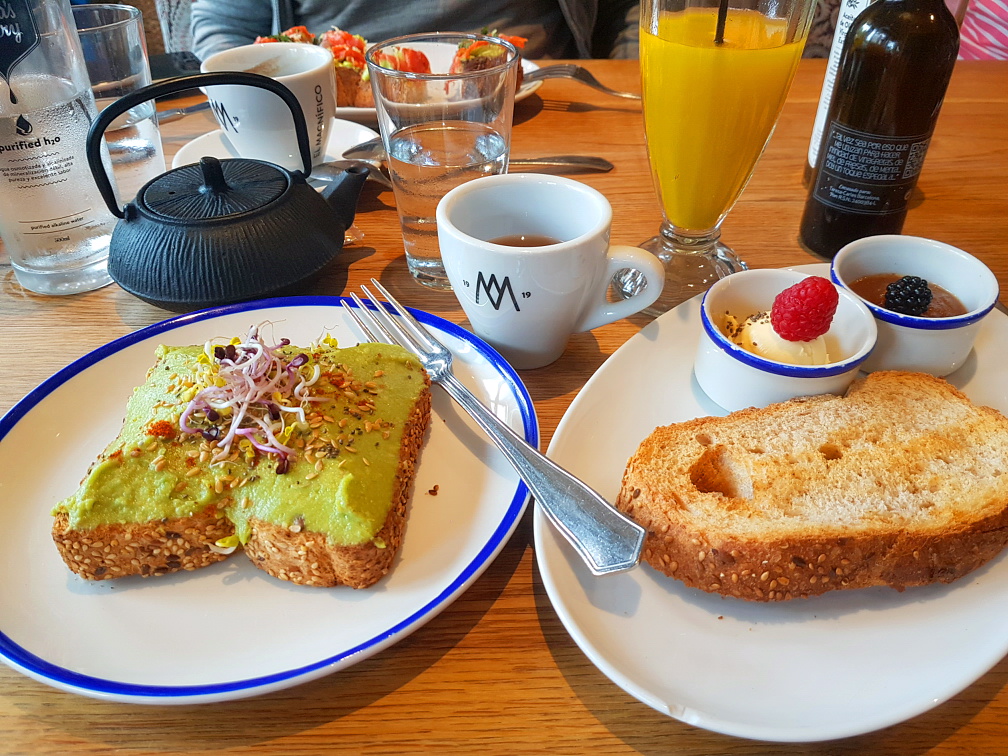 A culinary paradise (not only) for vegans: The weekend brunch in the “Flax & Kale” restaurant. Tip: The avocado toast with homemade bread. Glutenfree of course! 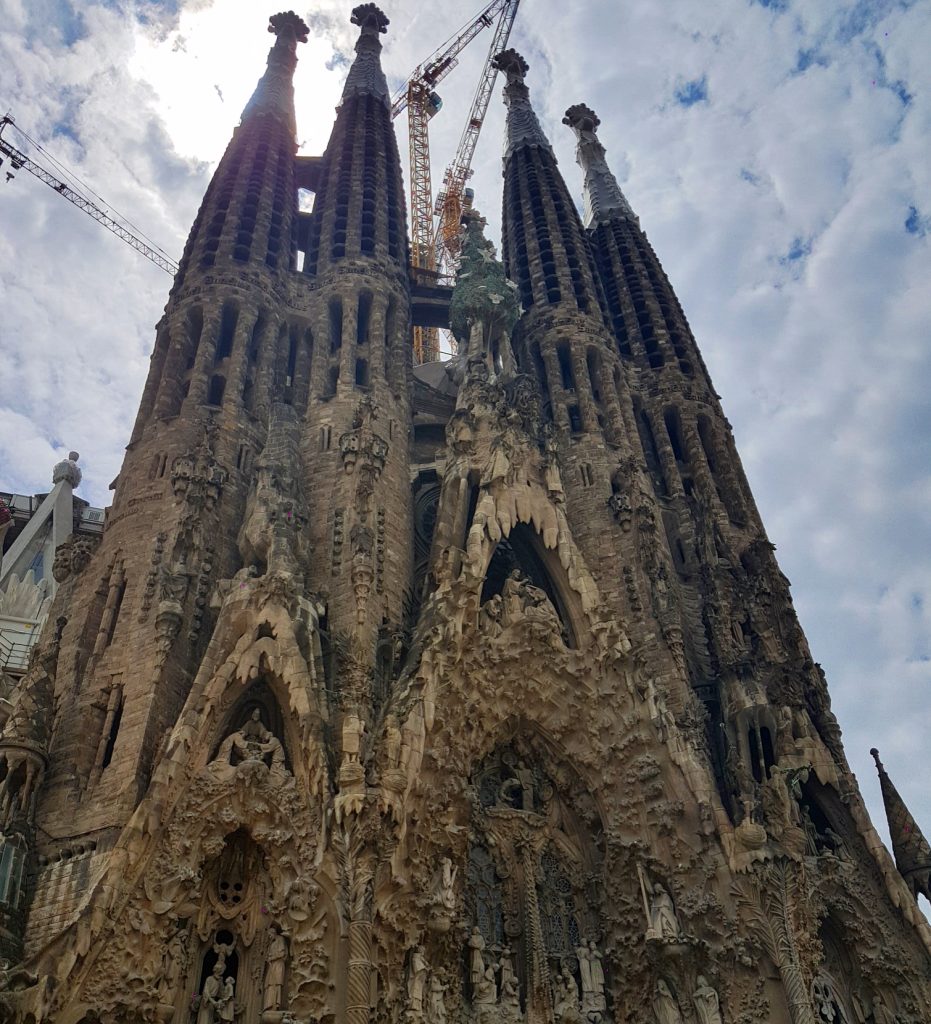 Makes one speechless: The monumental architecture of the Gaudi Cathedral Sagrada Familia – the symbol of Barcelona… 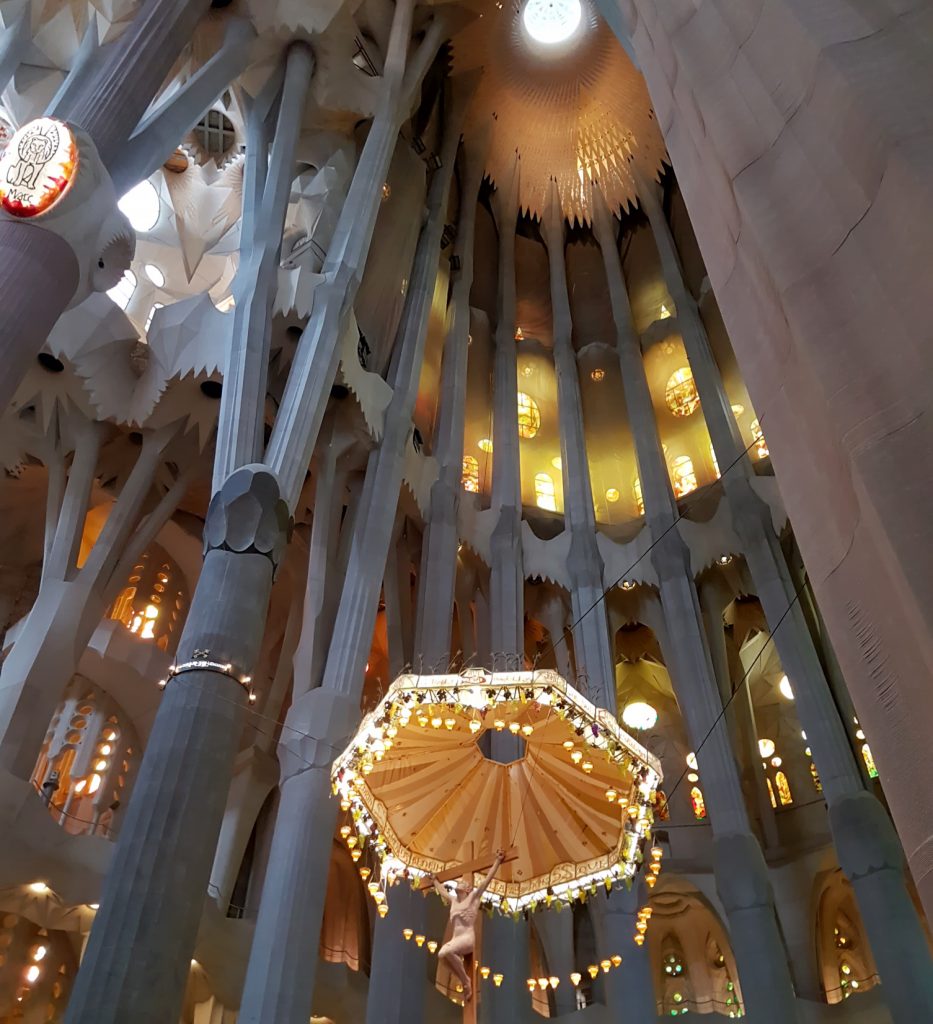 …As imaginative as if it had sprung from a Hollywood backdrop

One of the most beautiful places in the Catalan capital: The Placa Reial 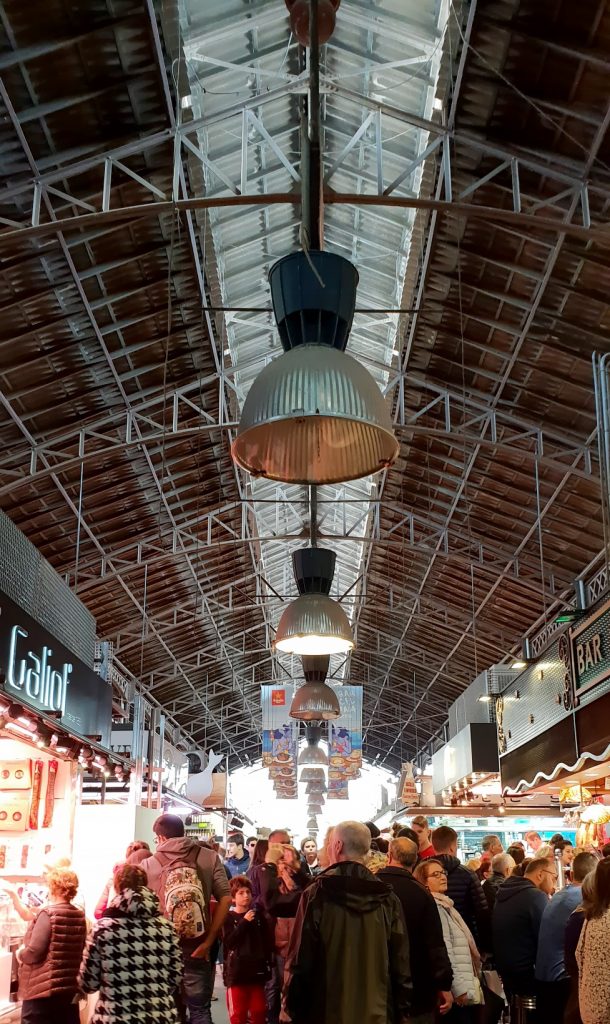 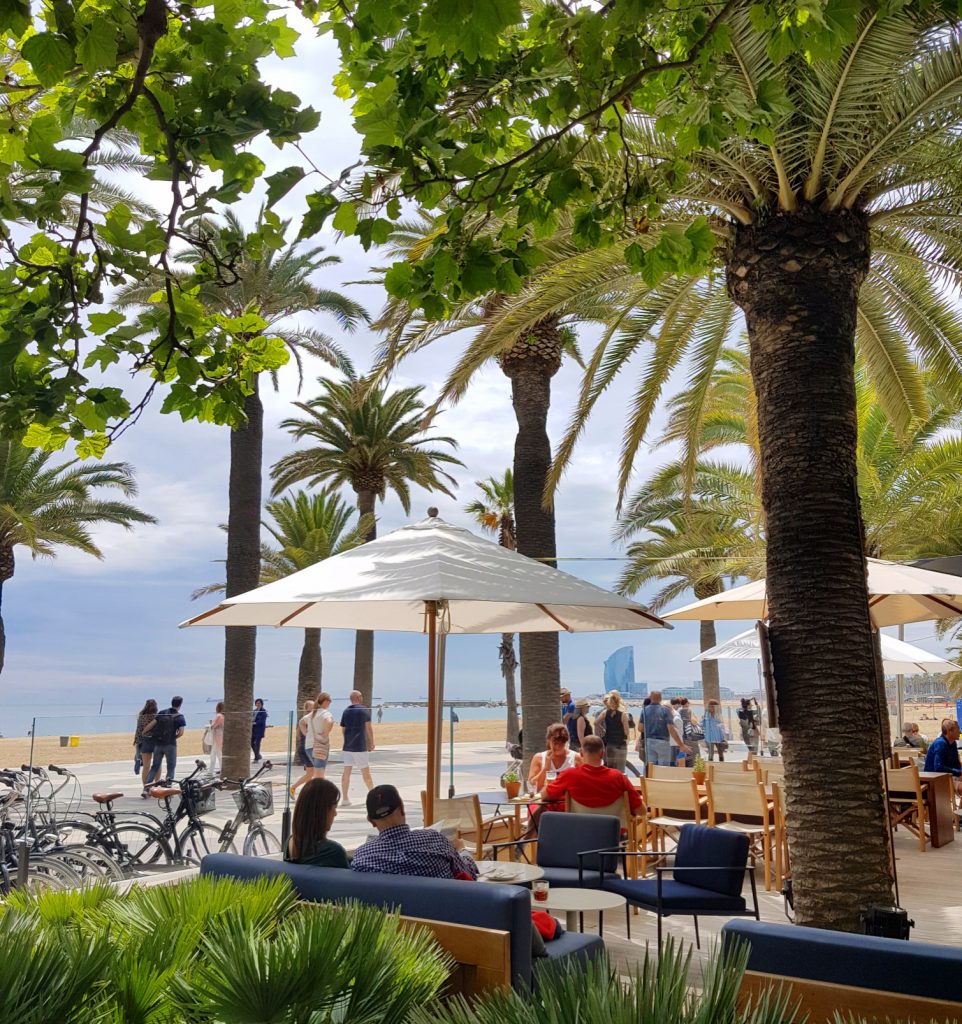 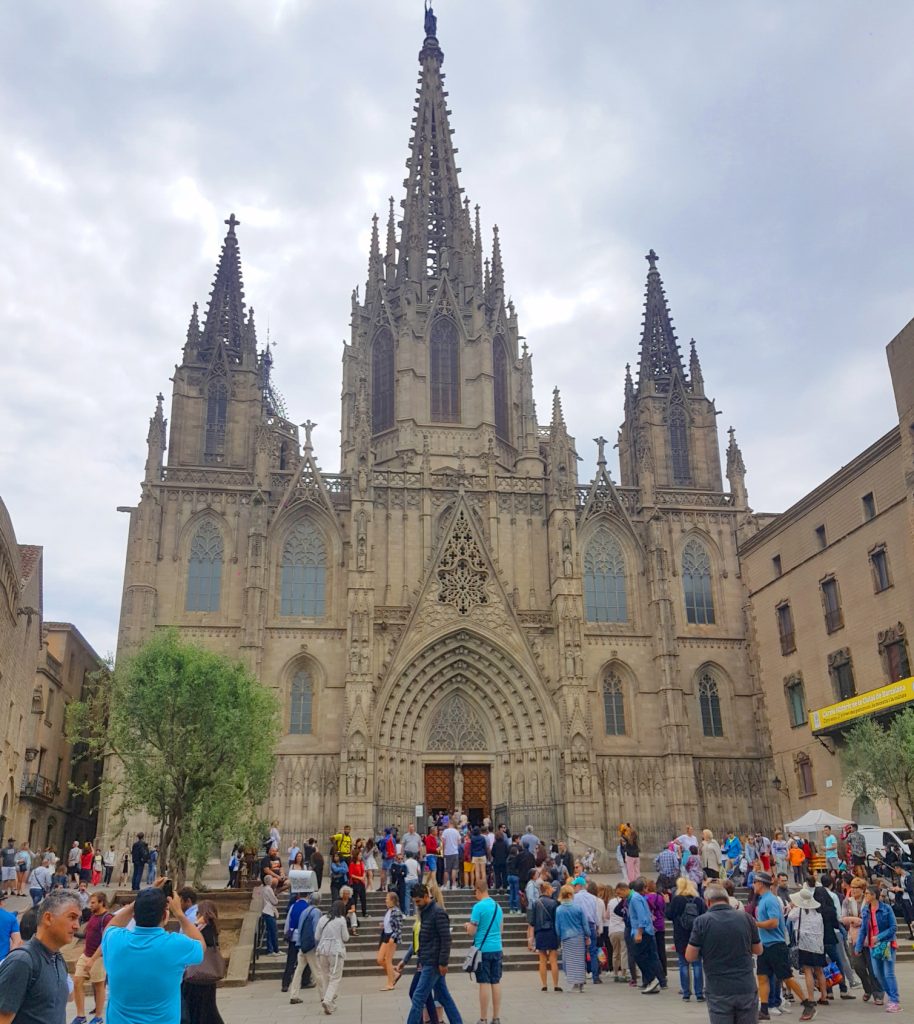 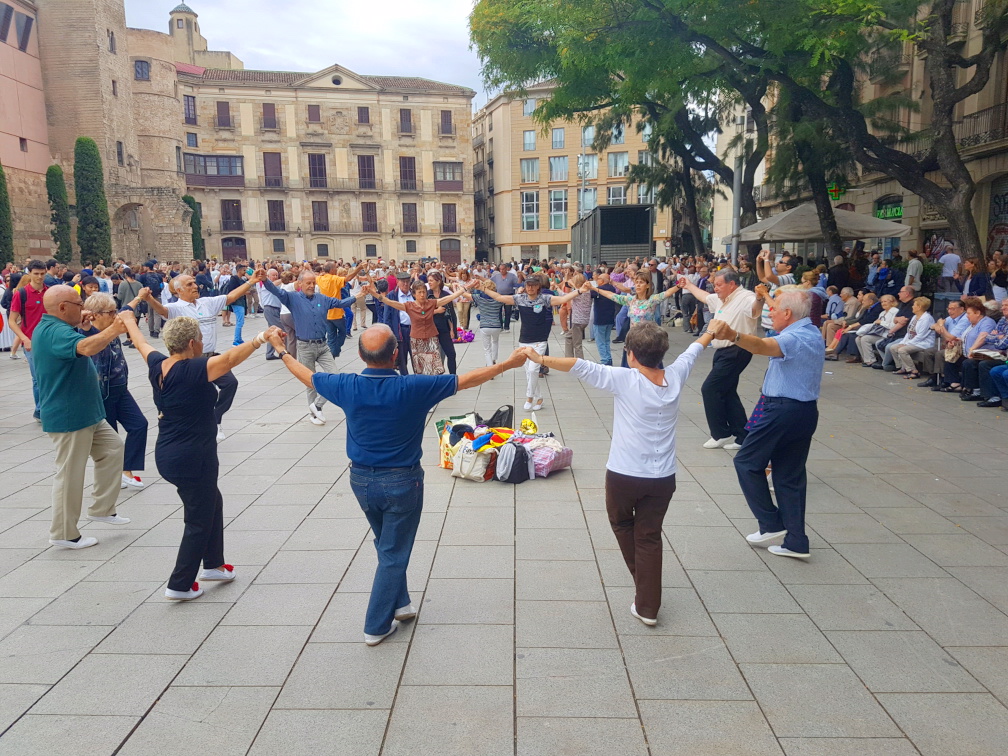 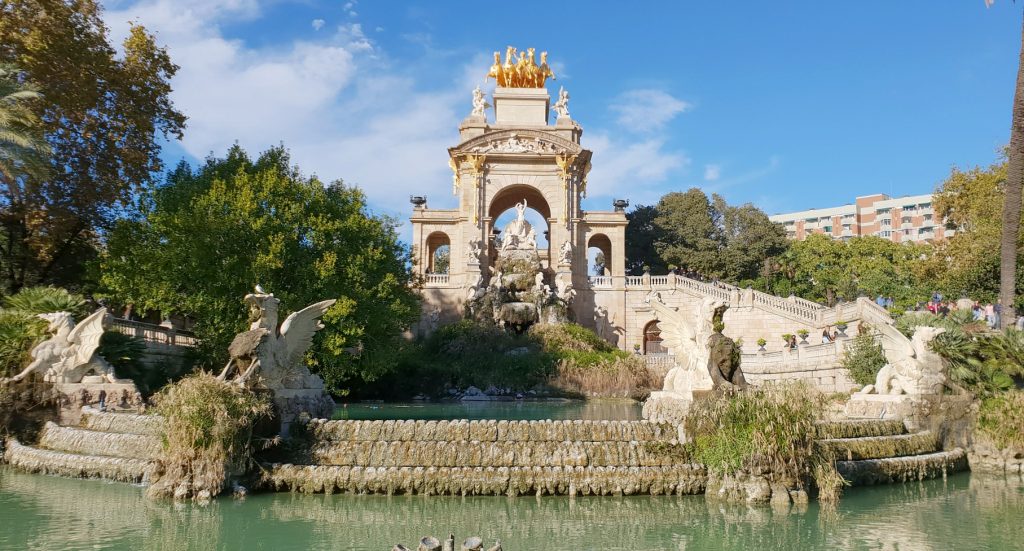 The marina of Barcelona

Barcelona is the city of contrasts: The Mediterranean metropolis with its 1.5 million inhabitants offers not only Art Nouveau but also award-winning skyscraper architecture 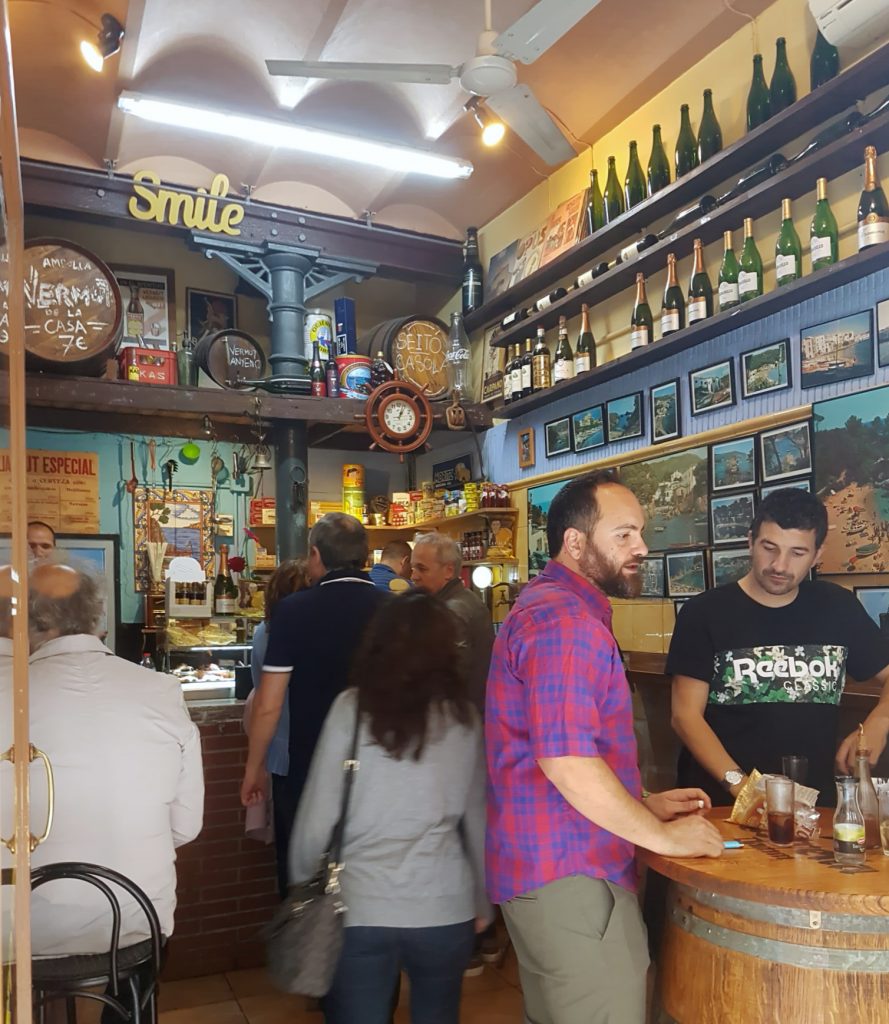 Let’s have an Apertivo in a vermouth bar: Barcelona’s favorite drink 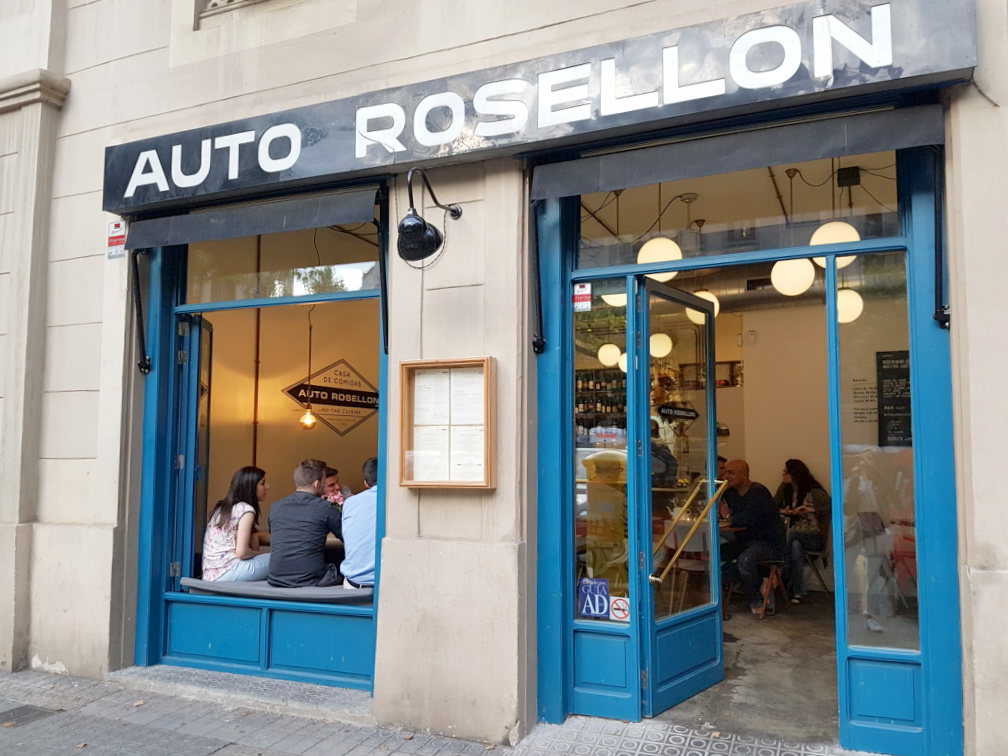 Cool pub in a former garage: The “Auto Rosellón”… 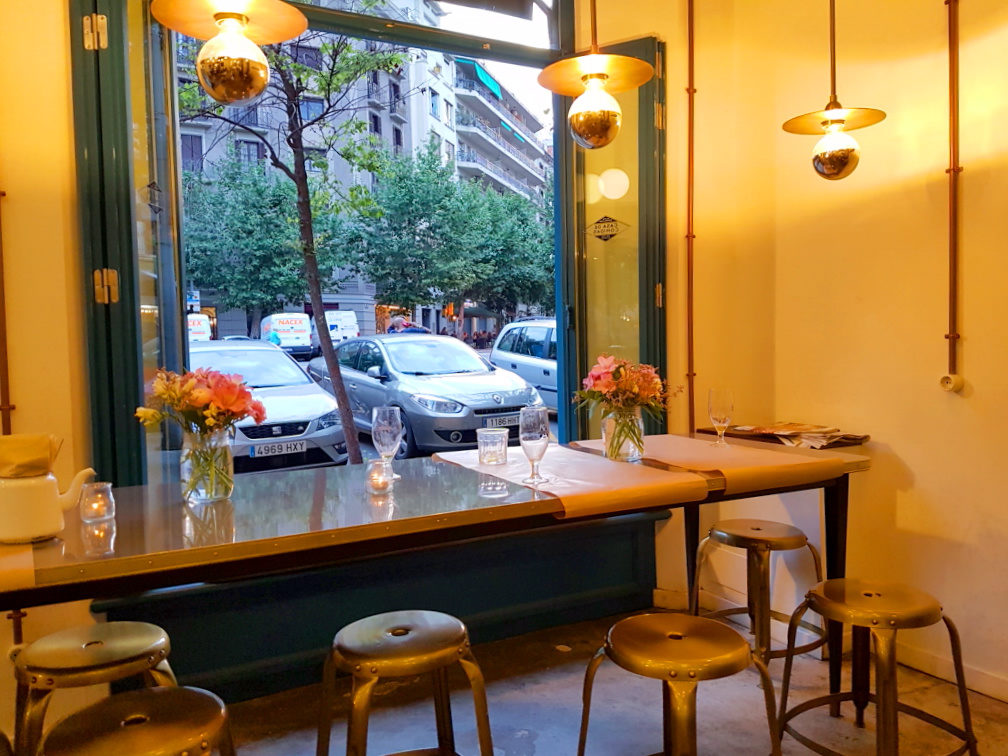 …a top location for breakfast, lunch and dinner

The Roomers Hotel in Munich
What: Hotel Roomers Munich Where: Munich, Germany The Munich Oktoberfest…