Where: Vienna
What: University of Economics and Business 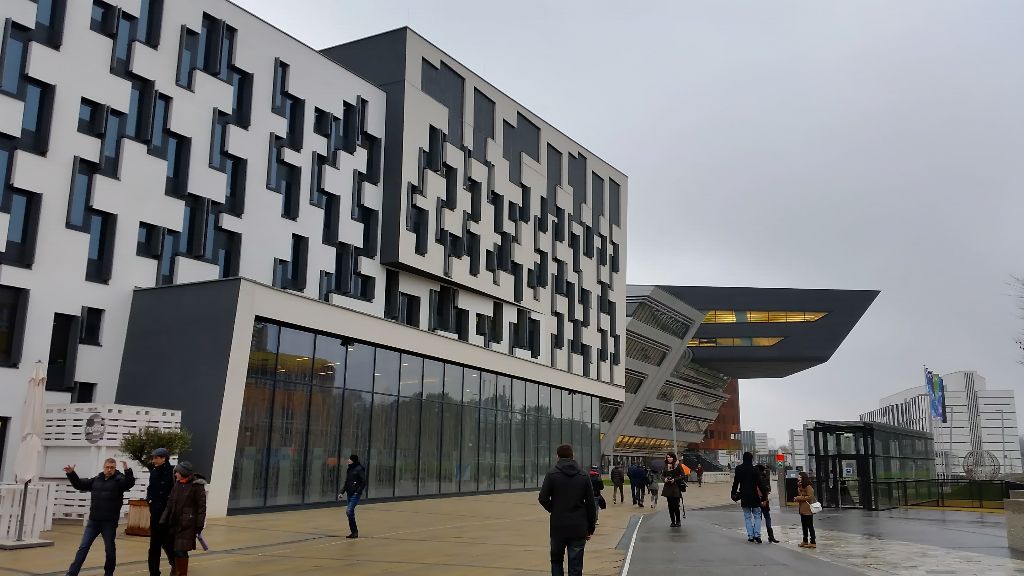 A top thing to do for every architecture fan is to visit the WU University Vienna. Finished in 2013, the public university of economics in the second district of the Donau town fascinates not only with its futuristic facades. 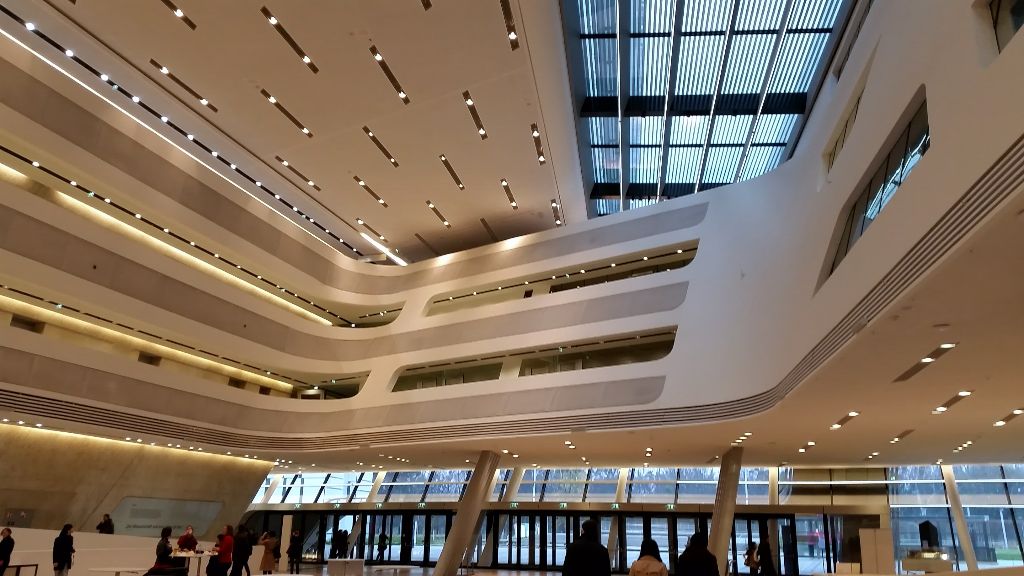 Here the interior of the main building …

After the old campus of the biggest economic university in Europe could not cope with the actual demands of 23,000 students, the WU had called for an architecture competition. And so it happened that six buildings were build by regarding the introductions of economic, ecologic and social sustainability, as well as the flexibility of its use. 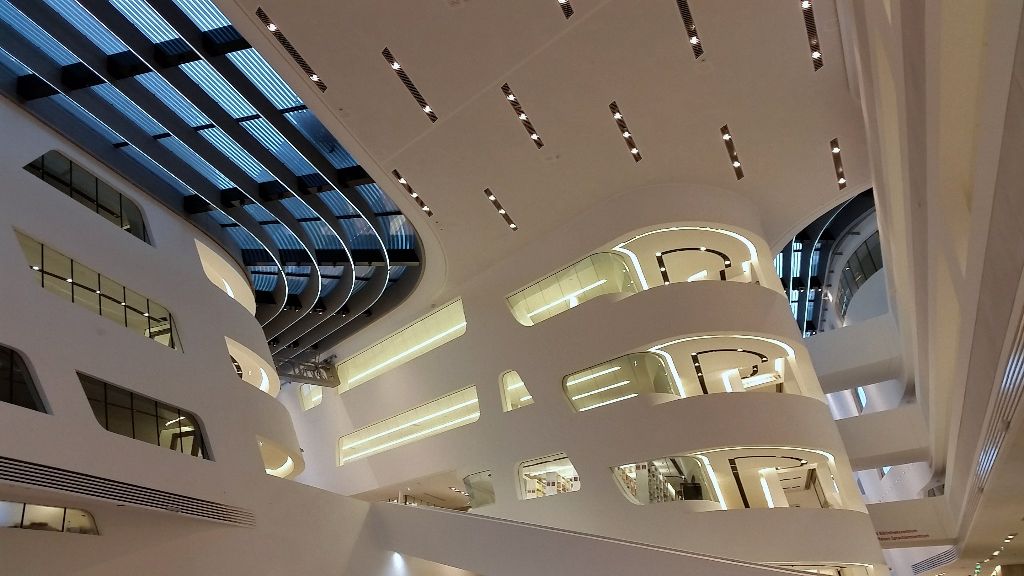 Reminiscent of a ship … 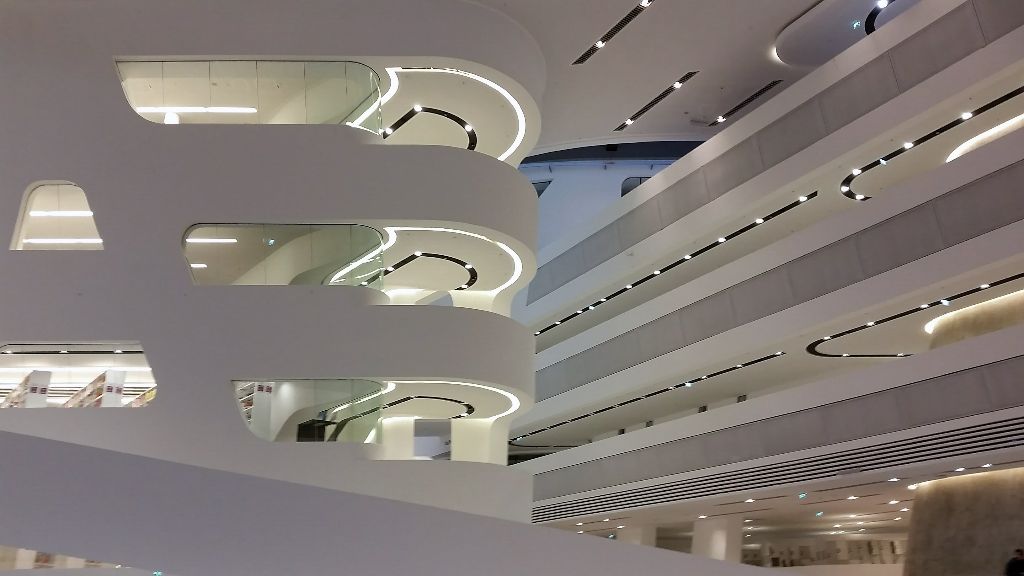 … or a space station 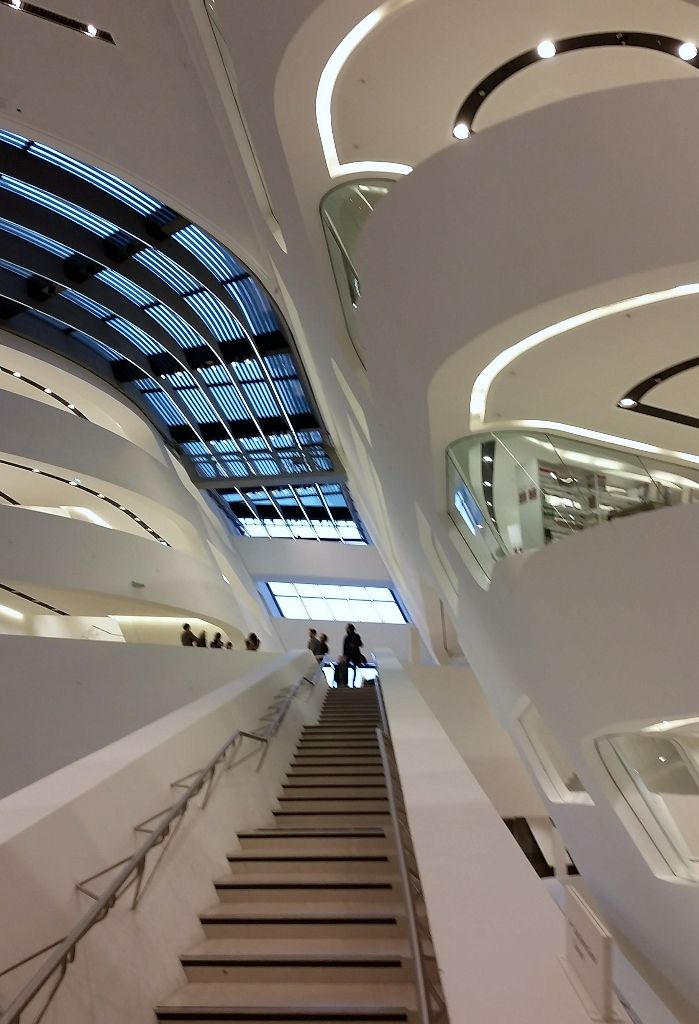 Round shapes and shiny surfaces …

A university of the future 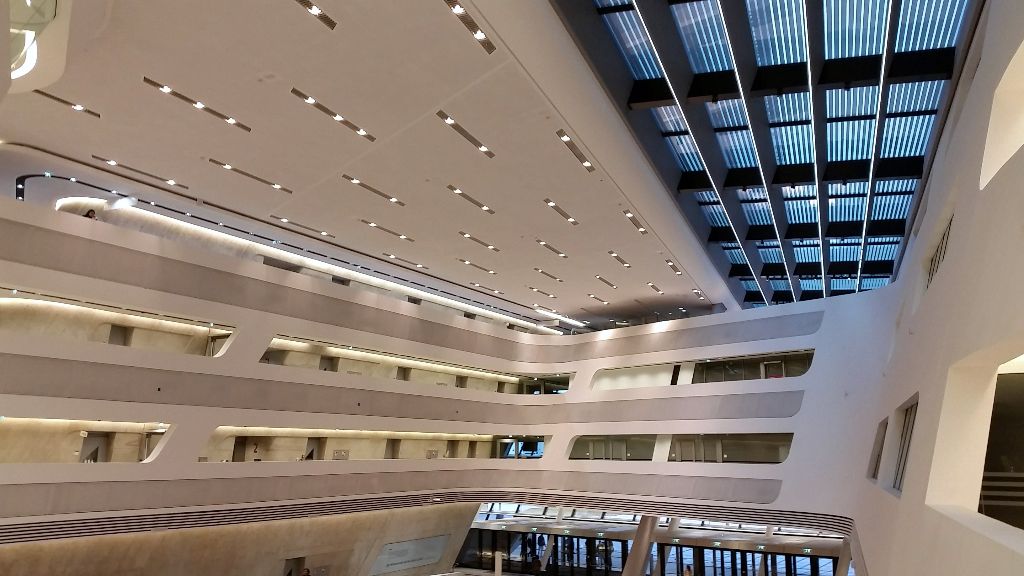 … illuminated by a light concept in combination with large skylights

The new campus is more a place for research and also a training facility for practical skills. All the rooms have access to daylight and the lecture halls are staffed with the best learning technologies such as smart boards. 3,000 working places are available for the students. It has been created a productive- and communicating working environment, which is supplemented by shops and gastronomy. Absolutely worth seeing!  BvH 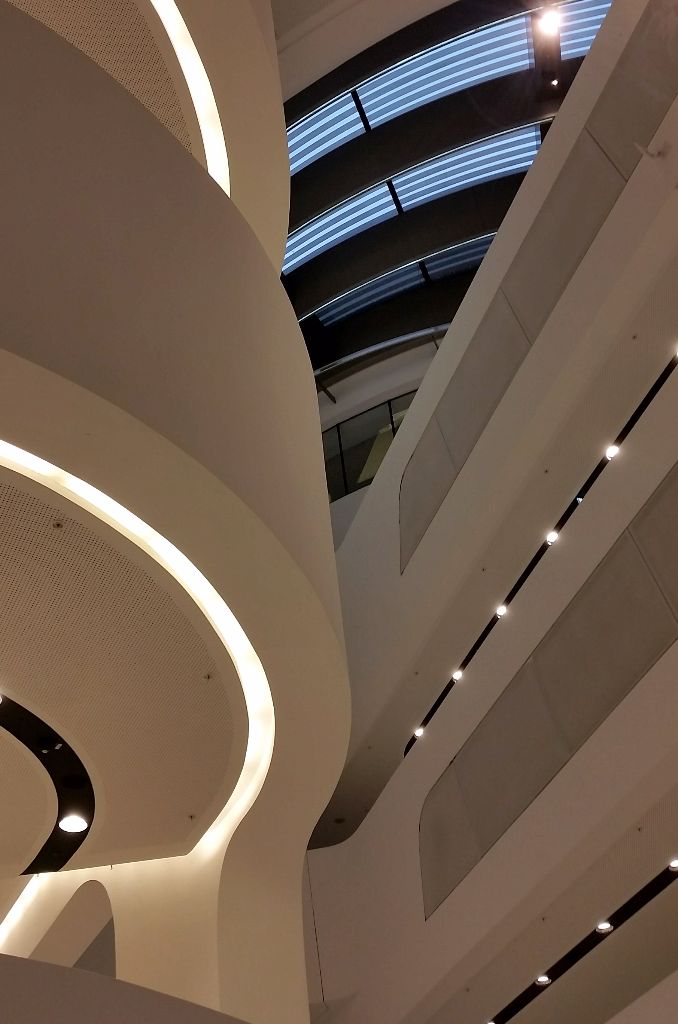 Shapes and light flow into each other 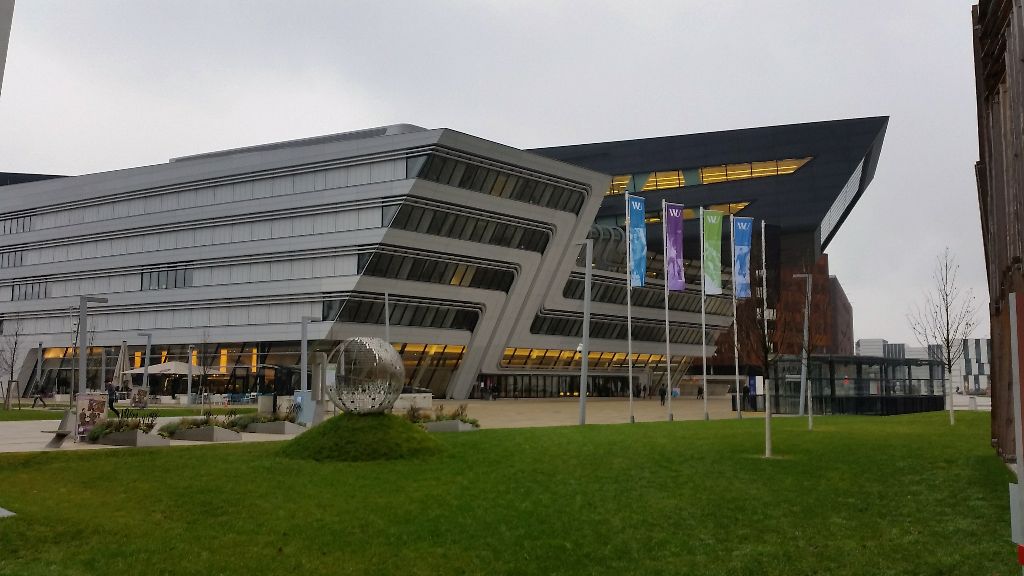 Even outside an interesting sight: the WU in Vienna