What: Gentlemen’s Circle – Barbershop and Lounge
Where: Berlin – Mitte 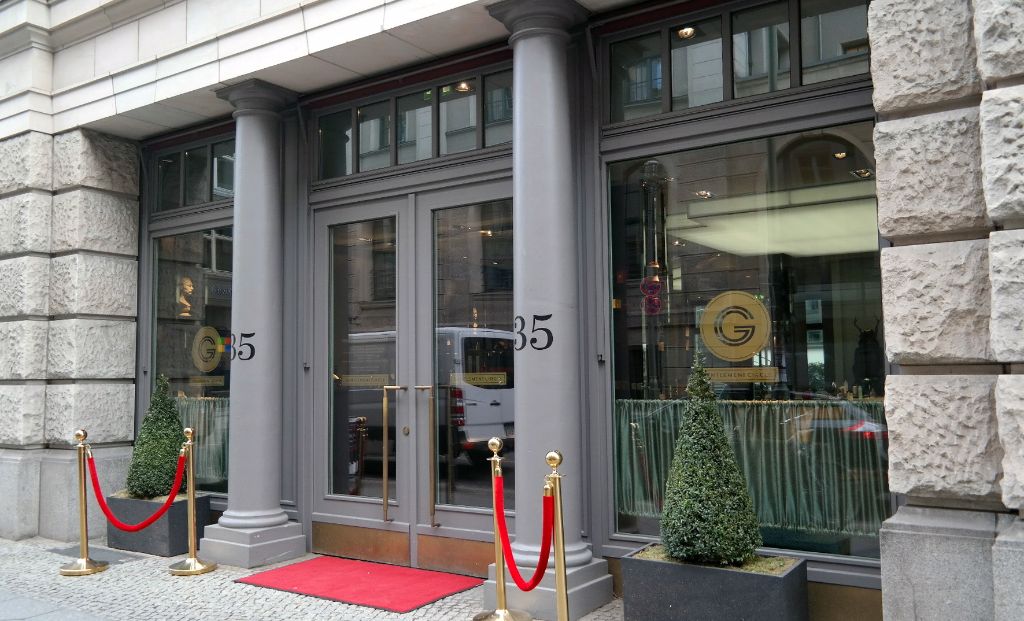 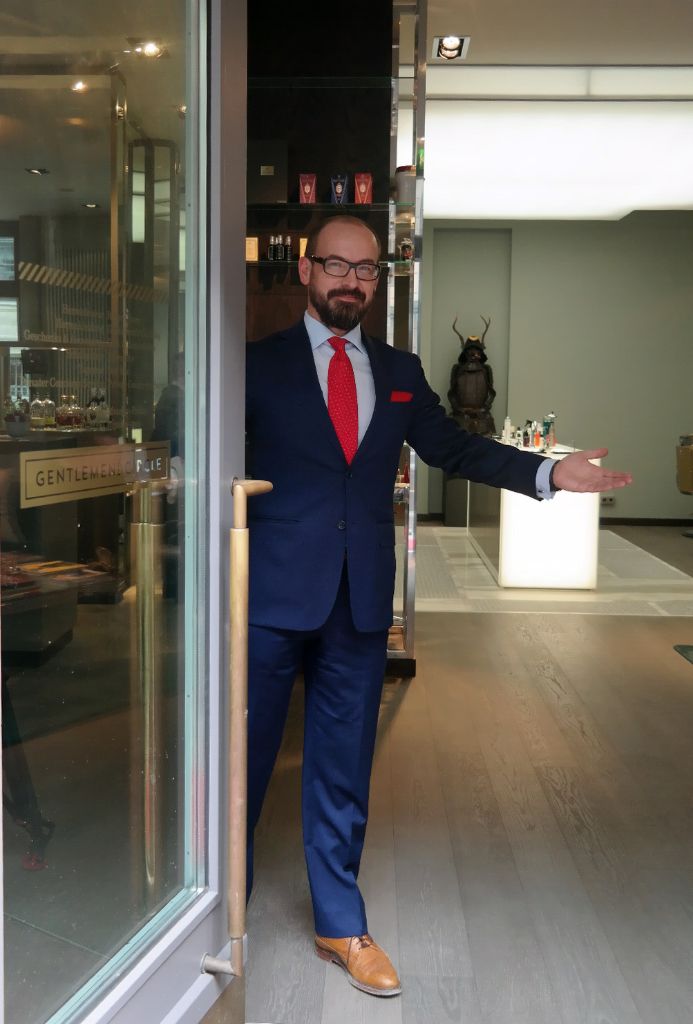 What the well-tended gentleman considered as a standard service in New York and London for a long time, the most fastidious Berlin gentleman is now no longer withheld from. The Gentlemen’s Circle just opened in Charlotten Straße in Mitte, a very special barbershop, as it is not just about wet shaving and men’s haircut. While he can treat himself with a professional manicure, the elegant footwear is adequately polished to a high gloss. If there is still need for a tuxedo with matching bow for a black-tie event, even that is not a problem because the Gentlemen’s Circle is set to respond to such emergencies and offers white shirts and cufflinks and other men’s accessories. 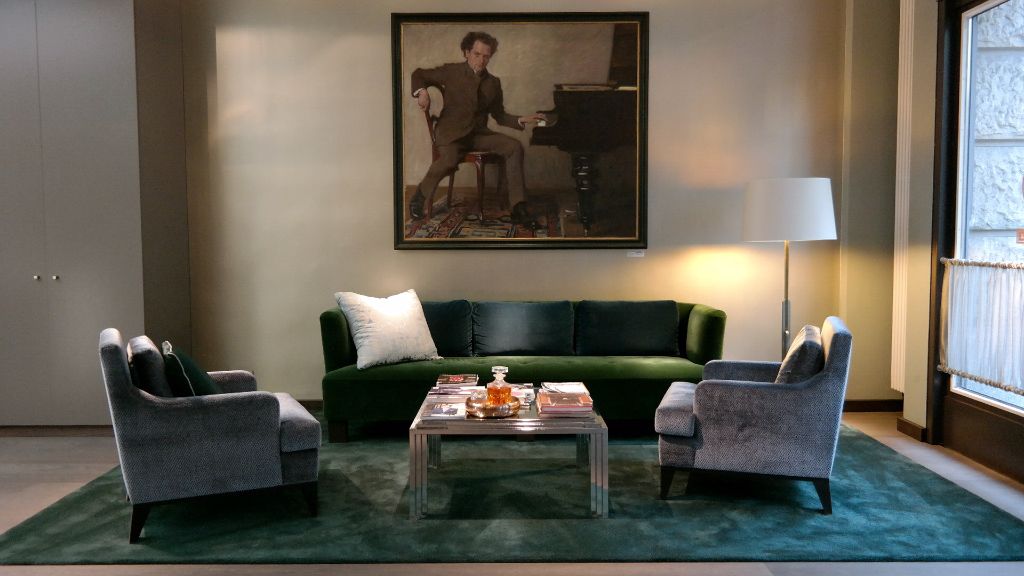 Since it feels like every other man in Berlin is now wearing a beard, a gap in the market has emerged, which was noticed by the Berlin hairdresser André Goerner six years ago and since then he worked meticulously on a concept, which should appeal to a broad clientele, from the hip scene DJ to a prosperous chairman. As different as the particular background of these clients is, all share the desire for a place of refuge enjoying the beautiful things in life. 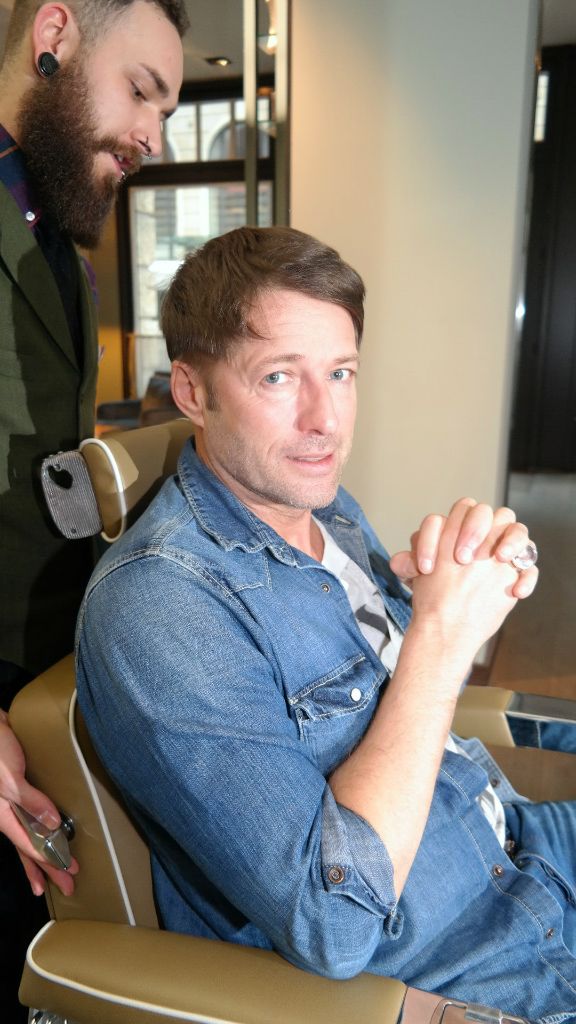 Even actor Bruno Eyron likes to drop by for a shave on off-days and slides in a “Apollo 2”, the legendary barber chair of the Japanese tradition company Takara Belmont, which is being built unrivalled since the 1930s. Bruno Eyron, who was in Rome for the Italian Serie-Shooting “Non Estato mio figlio” (it wasn’t my son), closes his eyes, leans back and relaxes while Dennis, the barber immerses the real hair shaving brush in the Prorasa shaving soap. “It comes from Italy, costs five Euros and is currently the best on the market,” says Goerner, who selected products from Austria, England, Portugal and the United States and deliberately avoids over-priced high-end products. 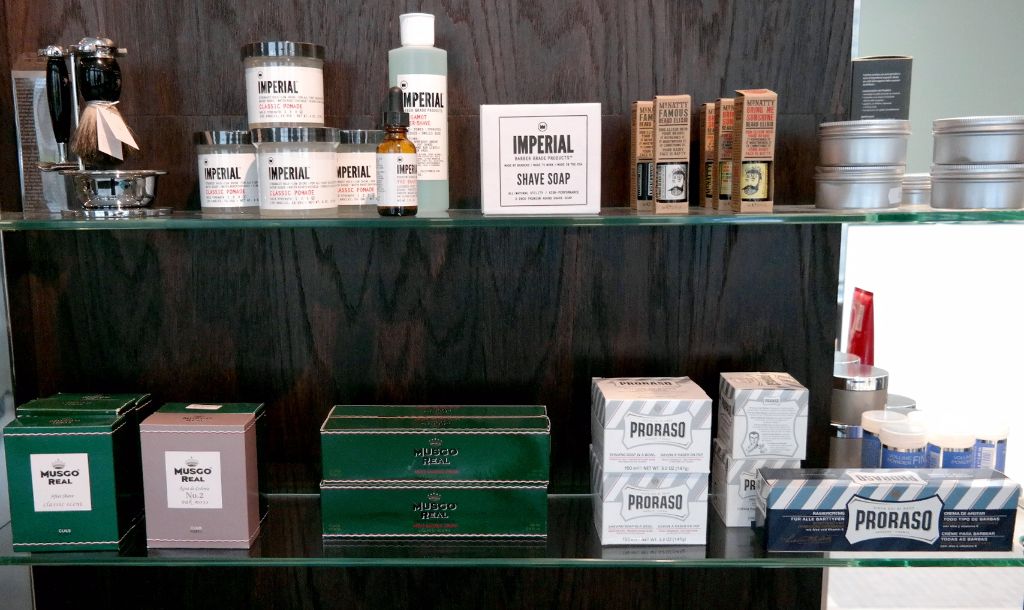 So one is surprised when entering the elegant salon ambience, where espresso – a special Berlin roasting – is offered for only one Euro. The noble appearance is decorated in earth tones and conveys with chromed glass shelves and the green velvet sofa. A lounge atmosphere that relinquishes the fashionable rough wood look. “This is not the Wild West,” says Goerner, who sees himself as a host and a conductor of all areas of his Gentlemen’s Circle. 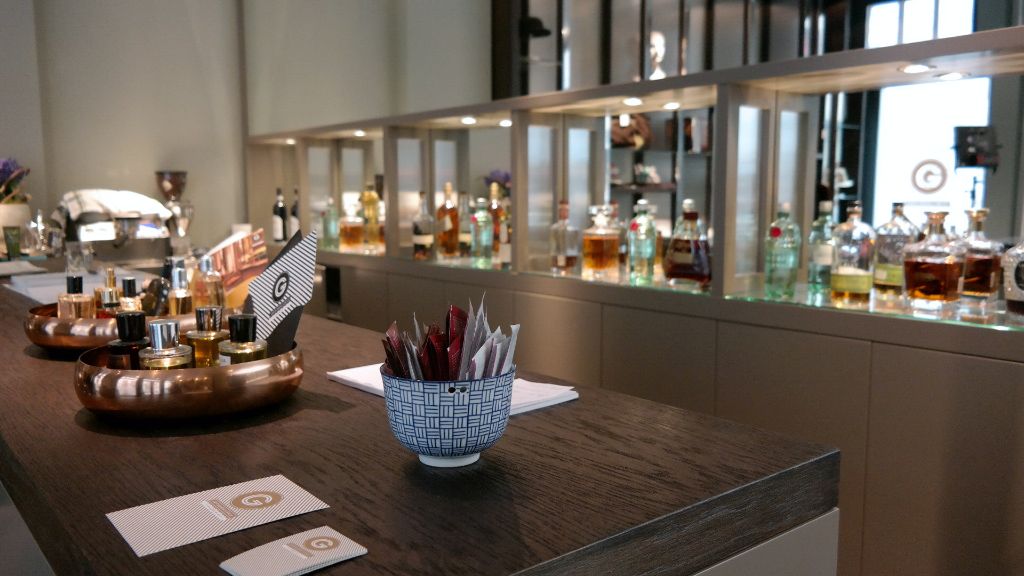 How about a drink? At the bar, great espresso coffee is served, and the classic cocktail Gin Rickey makes its comeback: lime juice, sugar, soda and Gin Monkey 47

How does he explain this beard boom, I ask. “For men, the beard is what the makeup is for women. The beard shapes and individualizes the face.” Goerner, since last summer wearing a beard himself, knows what he is talking about. He grew up near Dresden, after the fall of the Berlin Wall he went to Bavaria and completed a hairdressing apprenticeship. In Munich, he worked for the wellknown Barber Gerhard Meir, after which he managed Meirs stores in Berlin Hotel “Adlon” and the “Grand Hotel Heiligendamm”. Since 2004 he leads his own salon for men and women at Hausvogteiplatz, in the prominent vicinity of embassies, government authorities and the luxury hotels in Berlins chic center. 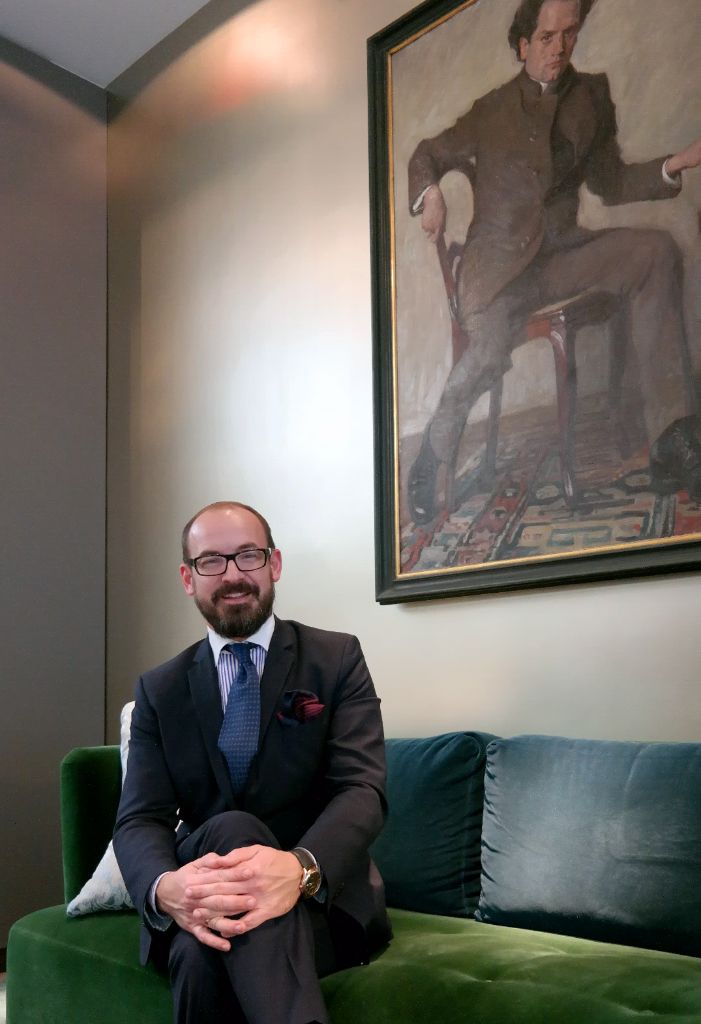 His idea is the revival of the “day-bar”-culture: André Goerner

The Gentlemen’s Circle is a place of encounter with a club atmosphere – without being a Club. Everyone is welcome; spontaneously or by appointment. “The Berlin Men now have their own address. I mean, what man likes going to their wife’s hairdresser?” , Goerner sums up. 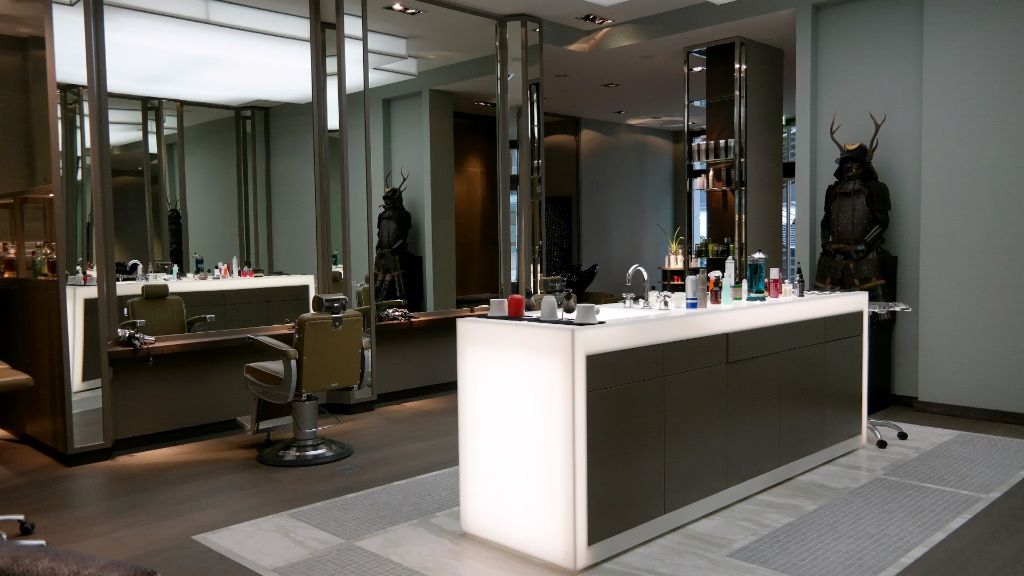 This place is not just about shaving and haircut: The concierge service also organizes a table in the trendy restaurant or tickets for the opera 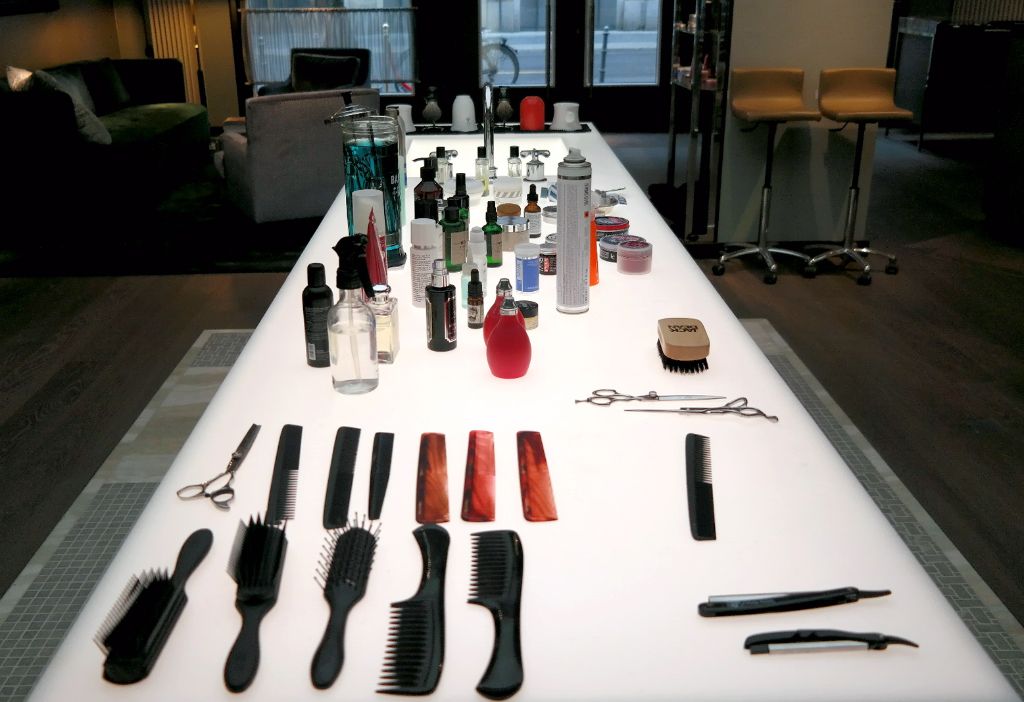 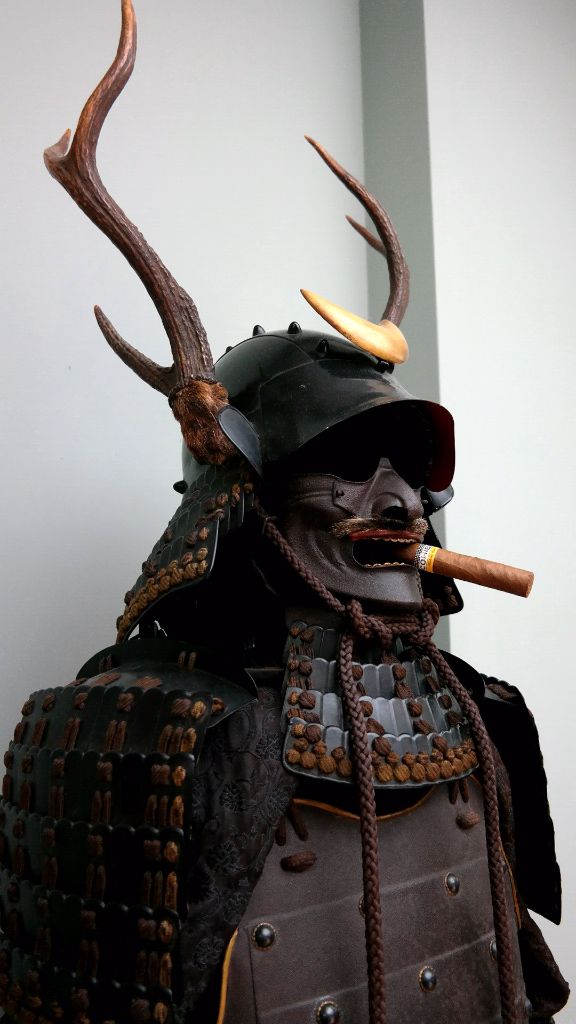 The armor of the samurai-General of the Showa era (1915) is homage to the Japanese culture. Goerner auctioned it at Lauritz.com

In this world of masculinity, women have no access to. Only on Friday – between 7 to 9 p.m. – the lady may accompany the gentleman, having a drink at the bar and watching her now fresh pampered husband while smoking a Cohiba. But what don’t women undertake to make their men satisfied.   BvH 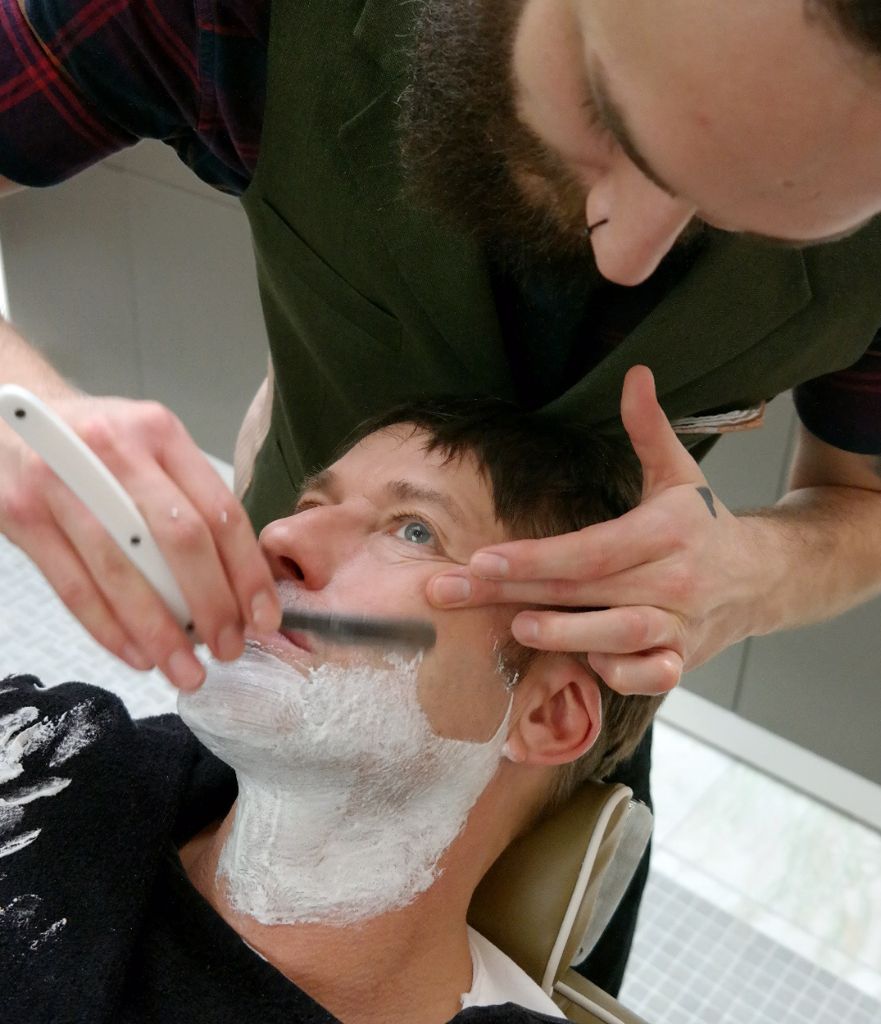 Barbier Dennis slides the Japanese razor carefully on Bruno Eyrons skin. “Last year in the old part of Havana I had a shave from José. That was lovely. But in the Gentlemen’s Circle it’s downright heavenly”. 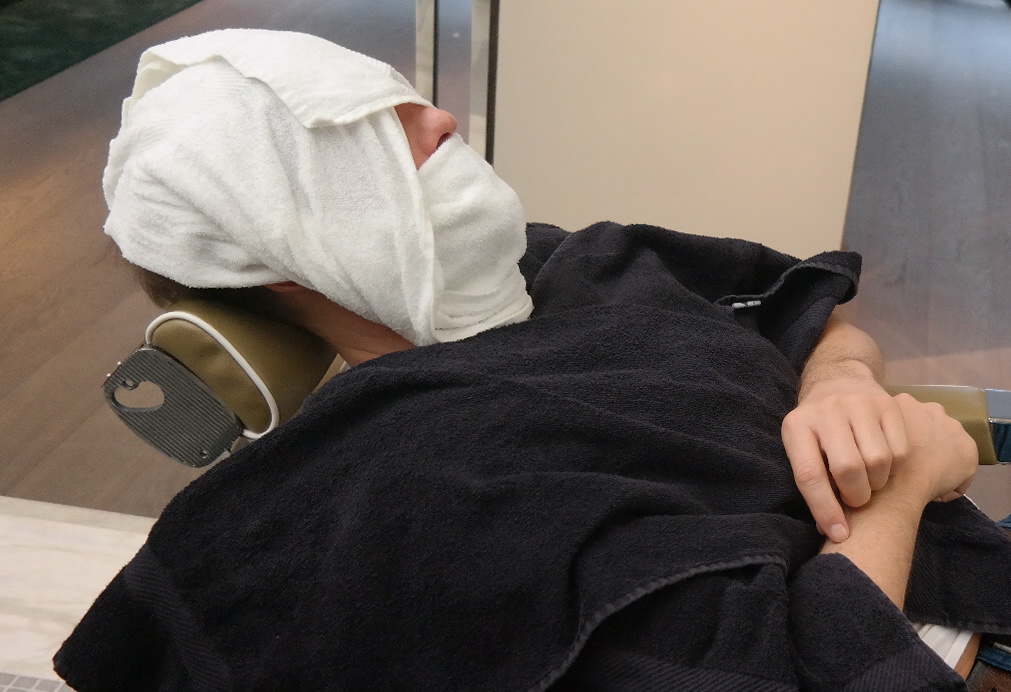 After shaving, hot towels soothe the skin – and the nerves 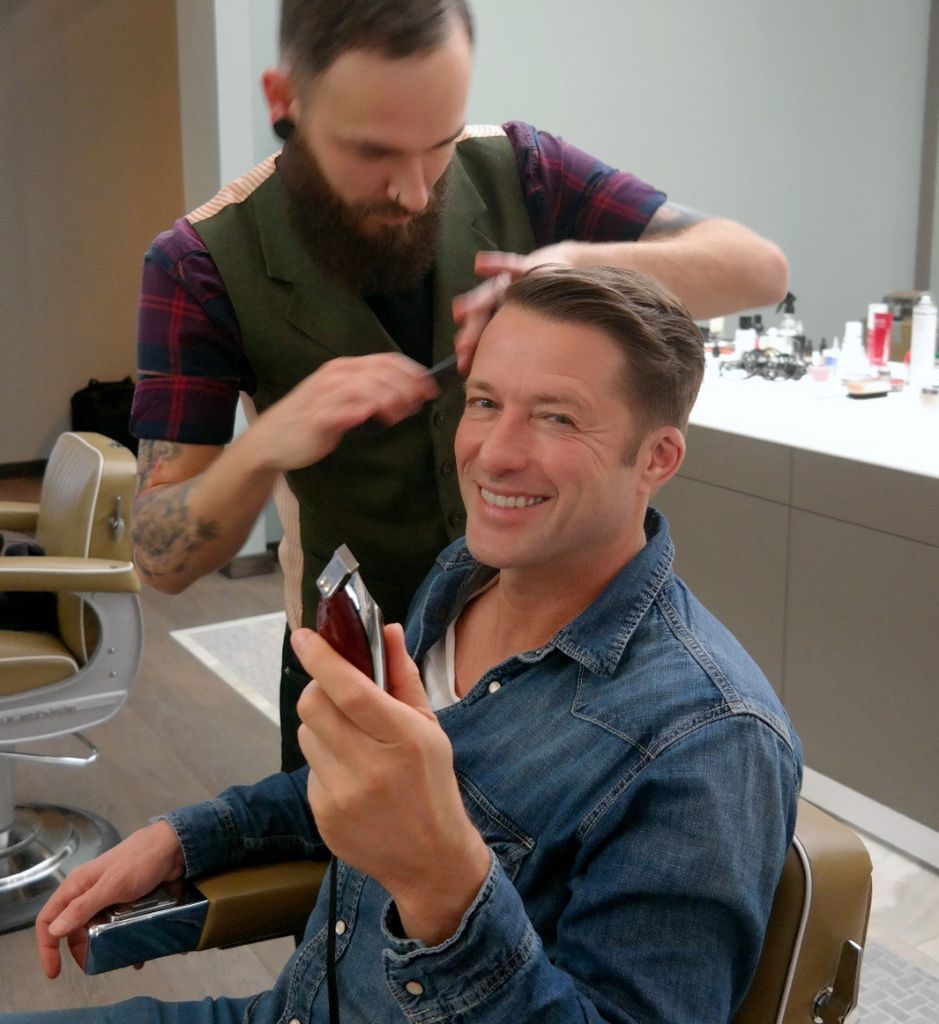 Now a perfect haircut with the traditional hair trimmer by “Detailer” 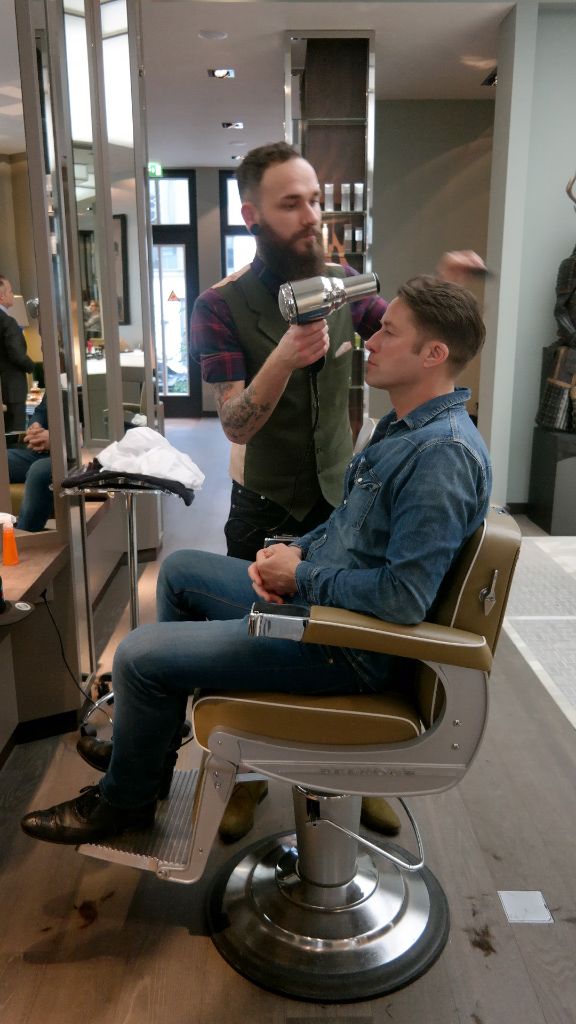 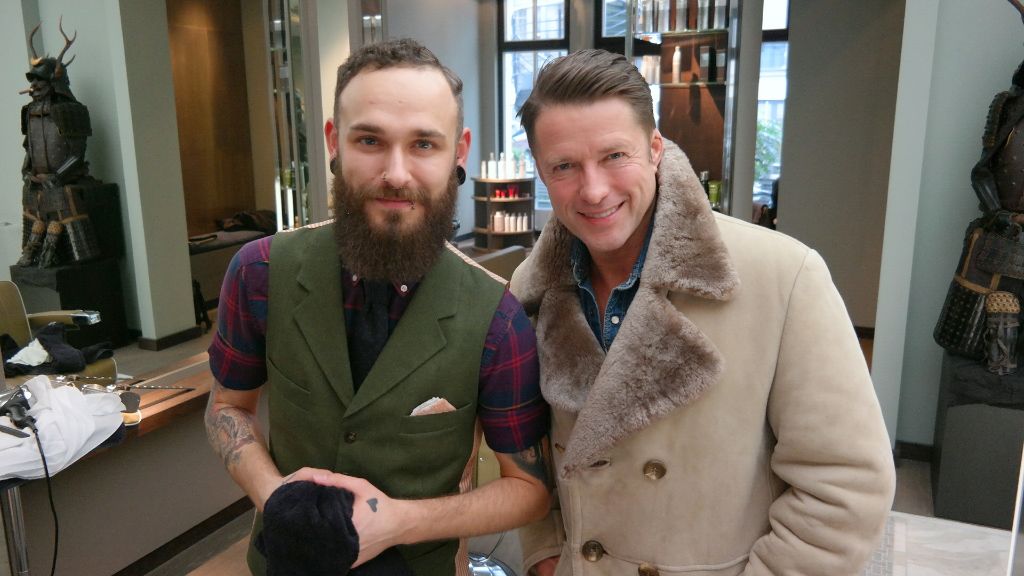 Bruno Eyron, who was best known for his role as Chief Inspector Balko in the eponymous television series, is now again freshly shaved and styled – thanks to Barber Dennis

Savoir Vivre in the Loire Valley
What: A weekend in French Castles Where: Loire Valley, France…