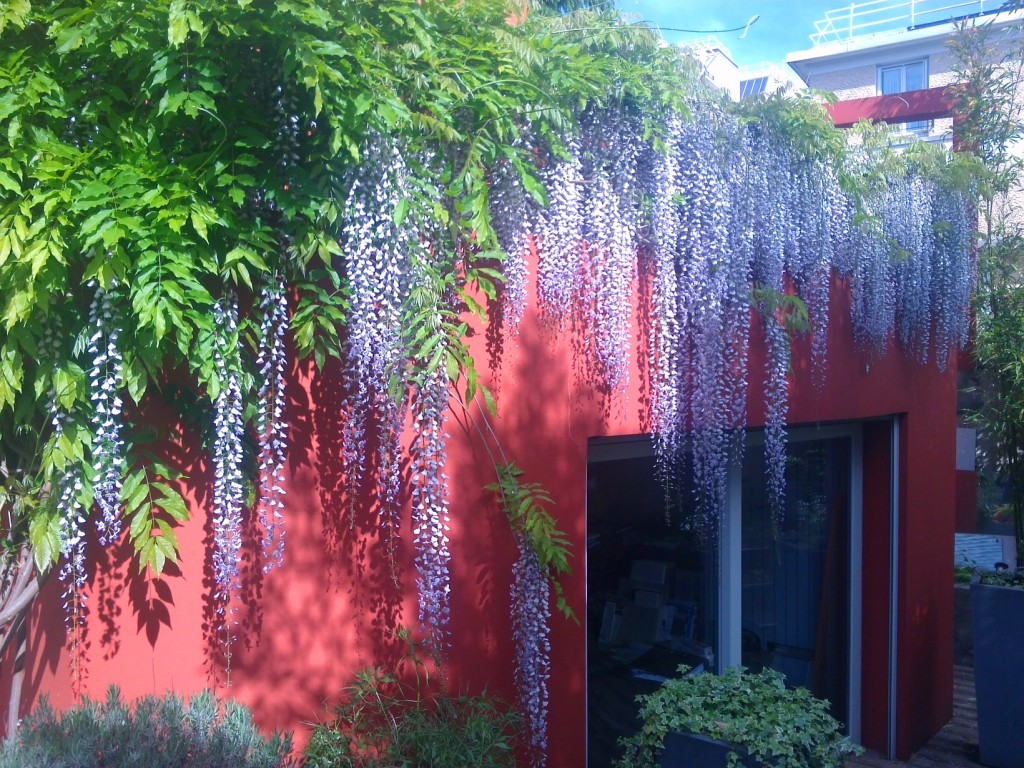 The home of Elizabeth Chazalon. It grows green with beautiful blossoms – in the middle of Paris

Born in India with Asian roots, grew up in Canada, living in France: The interior designer Elizabeth Hugh Chazalon who actually listens to the poetic name Mei Fong – translates to “the beautiful gesture” – learned early to adapt to new circumstances. It began when her mother – who was influenced by education through Irish nuns in a Catholic boarding school – chose the Western name Elizabeth for the little Mei Fong. But first things first: At the end of the 19th century Elizabeth’s grandparents fled from China to India with their eight children and settled as tanners in Calcutta. Here, Elizabeth’s parents met. Attracted to the “American way of life” the young family – the father engineer, mother secretary – went to Canada in the 1970’s. Elizabeth was six years old, graduated from the school in Toronto and then studied interior design at the prestigious Ryerson University. She now lives with your French husband Bruno and the children Leo, 18, and Camille, 15 in a suburb of Paris. 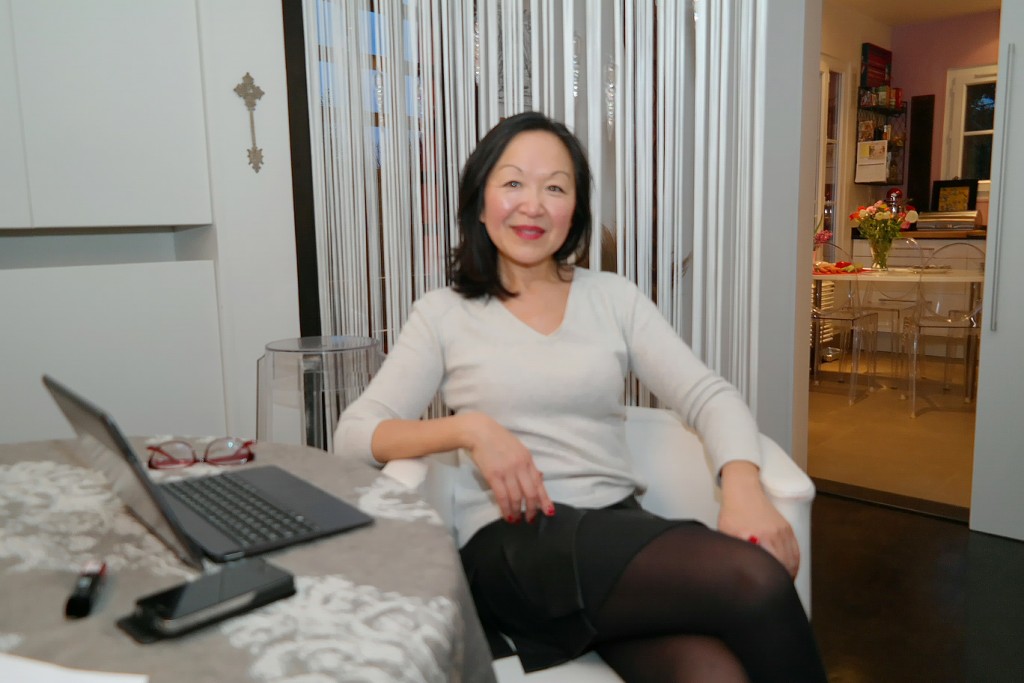 MyStylery: How did it happen that your grandparents were kicked out of China?
Elizabeth Hugh Chazalon: They belonged to a minority ethnic group in China called the HAKKA’s, which always was stigmatized as kind of gypsies, nomads, barbarians, outsiders, even Mongolians. Stranger danger. The HAKKA were northern Han Chinese who progressively migrated south, fleeing war, poverty, and were chased out of China because they were not considered pure. Many fled the mainland completely, for Taiwan, Singapore, Indonesia, and Vietnam. Others went further still to North and South America, the Caribbean, and India. 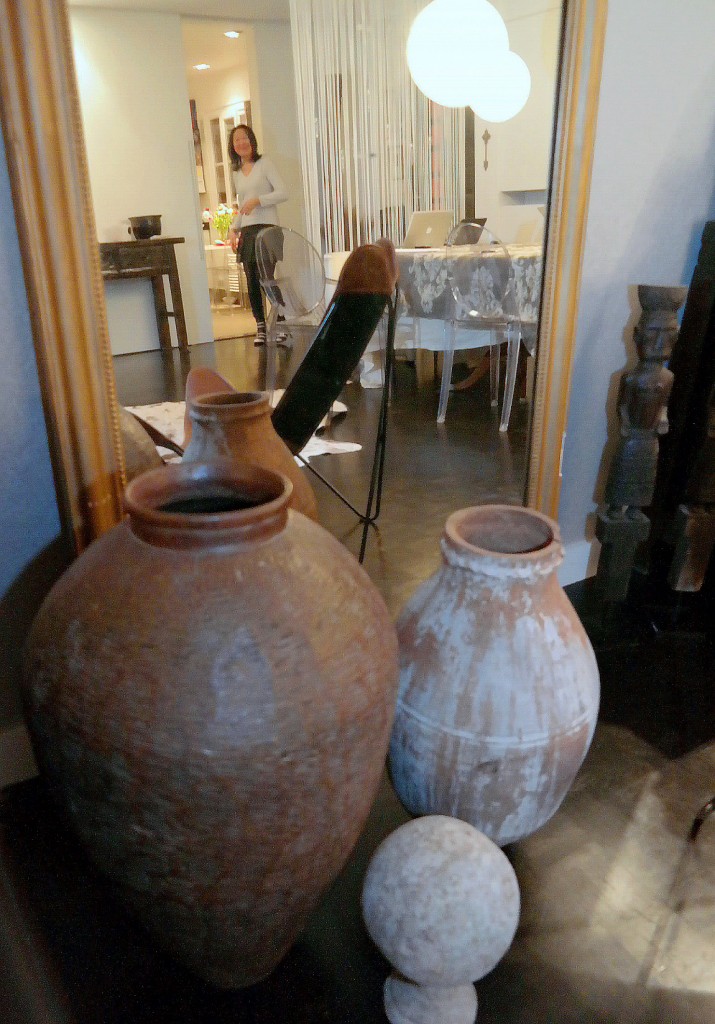 “I love to decorate our house with artefacts from my homeland,” says Elizabeth Chazalon

MS: What brought you to Europe then?
EHC: I had no idea, what to do after school. So I decided to discover Europe as a backpacker travelling through England, Germany, Spain and France. My last stop was Paris, were I instantly felt in love with this beautiful city and its people. I adore the European culture and the elegant French language, even though I had no idea about French, but I knew for sure that I love the language and that Paris will be the place I will live. 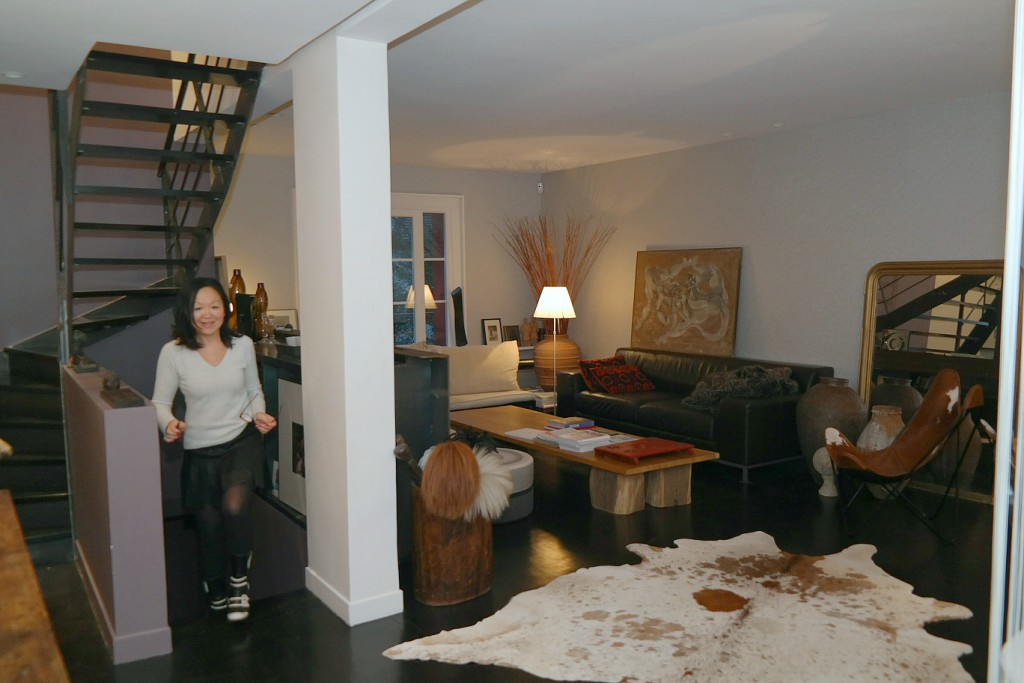 Elizabeth Hugh Chazalon has developed the renovation of the house with her husband, who also works as an architect

On a Balinese sideboard memories of Elizabeth’s homeland. The Chazalons stainted the formerly bright parquet into a dark new look

MS: MS: But you couldn’t realize this dream immediately…
EHC: That’s true. In1984 – after a two year experience as an interior architect in Canada – I grabbed my portfolio and moved to Paris. But there is no job if you don’t speak the language, right? I was aware of having no connections at all and I have to admit that I struggled at that point of time. Being a struggling artist without any perspective was finally not the idea of my new life over here. So I went to the Alliance Francaise for nine months and learned the language. 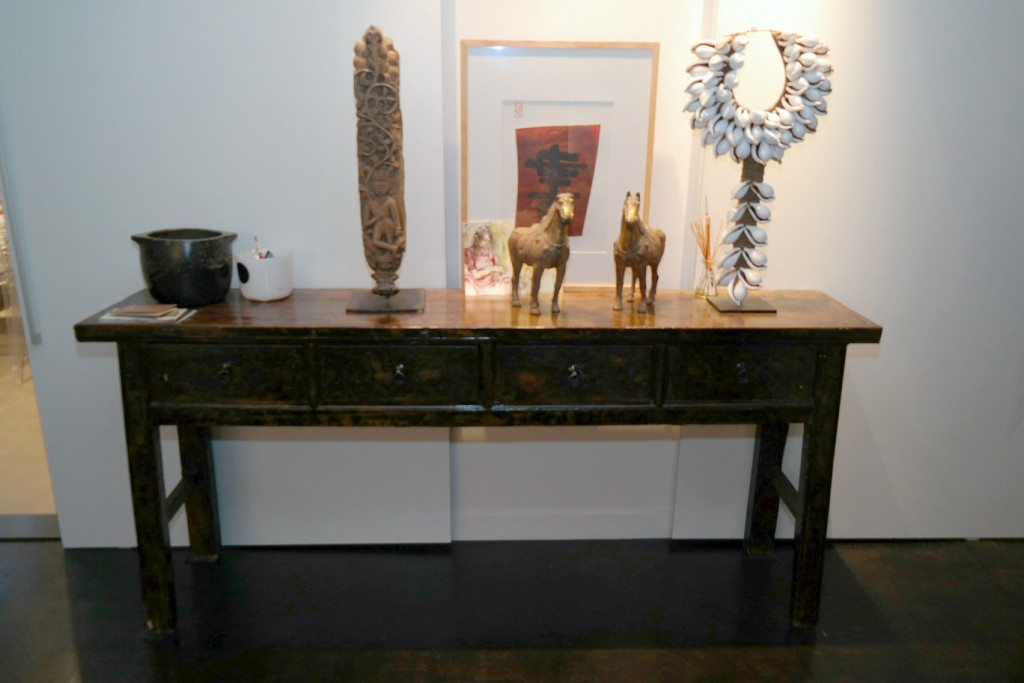 The ancient tribal necklace on the counter comes from Indonesia. “It is used for special ceremonies such as weddings.”

MS: Do you still remember in your first job?
EHC: Of course! I worked on the new concept for CARITA, Paris‘s most famous French beauty institute on the Rue Saint Honoré. This was my first project that got the ball rolling and started my career. After a while, I managed to work as a freelance consultant, which enables me to choose and work on interesting projects. 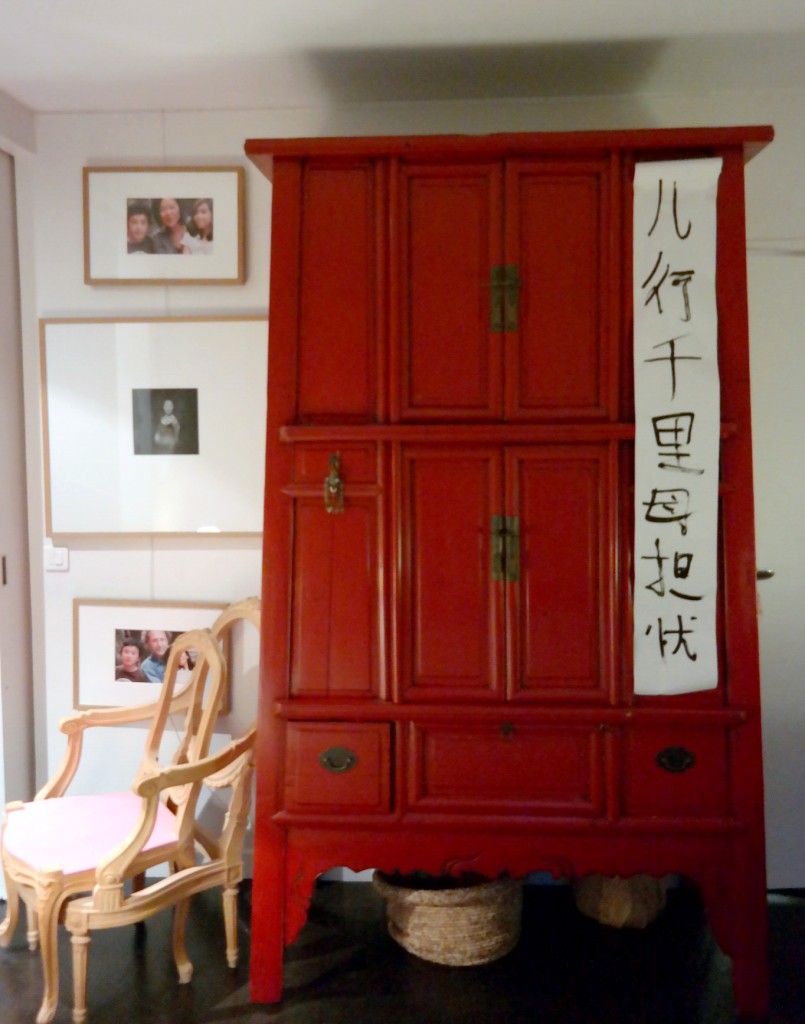 MS: What was the most exciting project since then?
EHC: Well, I collaborated and worked along with many important interior designers in the 90’s, on various international projects such as Hilton Hotel Bucarest with Alain Marco, office planning with Michael Boyer, the Royal Palaces in Morocco with Gambert, a Chateau and a Clubhouse in France with Yves Taralon, a Boutique conception in France and China with Dragon Rouge and even the Royal Residential Palaces for the Sultan of Brunei, who has an art to spurge and a sensitively to sophisticated, traditional European decor. They sky was the limit, the more it shine and sparkled, the happy he was! Personally, it was too much for my taste, but in the 90’s business was booming (laughs). 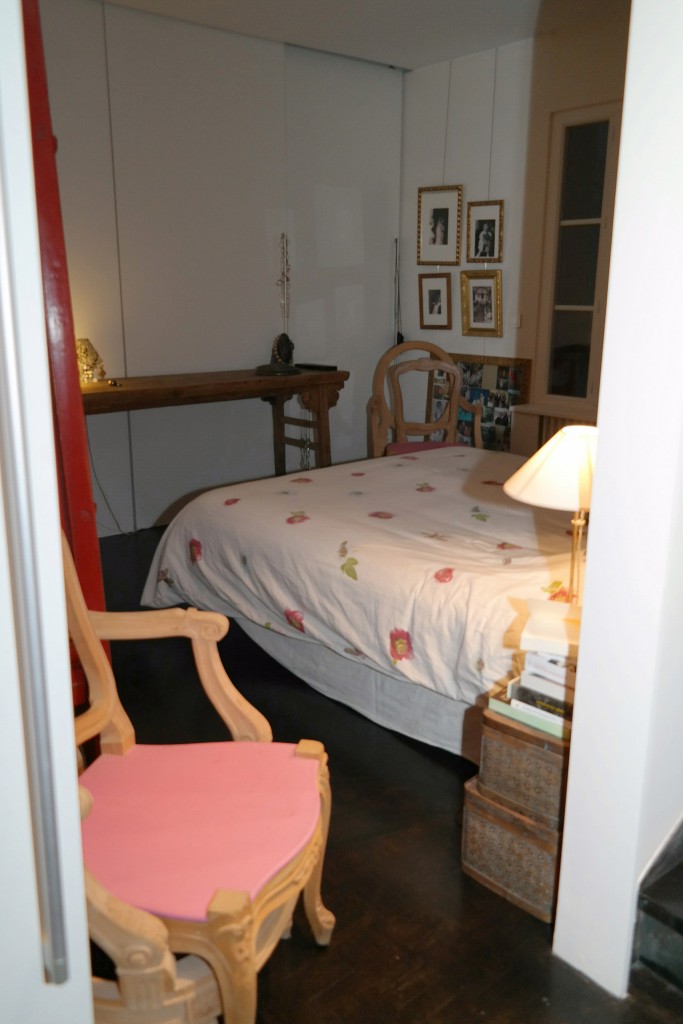 View into the bedroom

MS: Let’s talk a little bit about your privacy. How did you meet your husband?
EHC: We met through a party. Bruno is also an architect but we both work on our own projects to keep problems out of our family life. The only exception was our home, a house of the seventies, which has been under terrible conditions, when we had bought. It took us six month to get through it, although we left the frame and the original structure. But we opened the walls inside, we tinted the parquet into a black colour and everything inhere reminds a bit to industrial design, like the fireplace and the staircase. I prefer natural materials such as the French chocolate-coloured lava stone for the kitchen counter top, which we also put into the bathrooms. The most important thing to me is the quality of products. 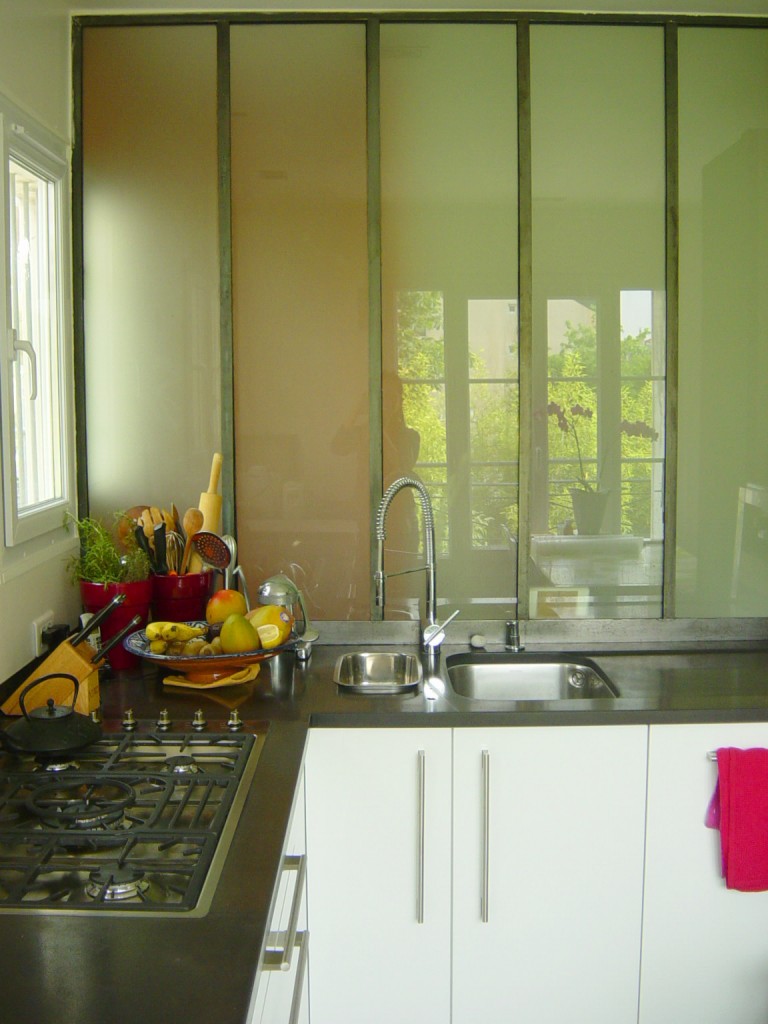 Elizabeth Chazalon is an enthusiastic cook, of course a gas stove may not be missing

MS: What is your approach today in Interior Design?
EHC: Like the name of my company CAM&LEON, I feel like I am the chameleon that merges design with my Asian part of French culture. I bring to my practise a fusion of design integrating the concepts of Feng Shui elements along with my philosophy of Zen. My recent collaboration with The Anjali Villas projects in Semyniak on Bali, along with my latest work on a new spa and yoga retreat on the island of Flores, Indonesia – a one and a half hour flight from Bali – is a reflection of this. A unique concept that will bring me closer to my Asian origins, though I know very little, yet have so much to discover!  BvH 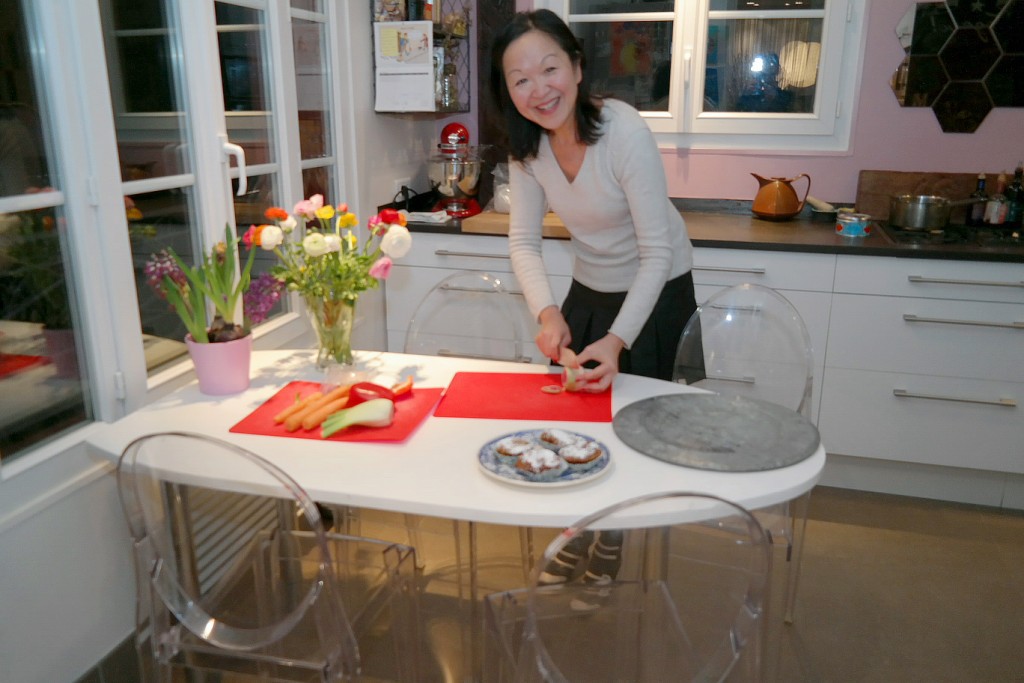 “My passions are cooking and my children,” says Elizabeth Hugh Chazalon, “I am a typical chinese mom.” 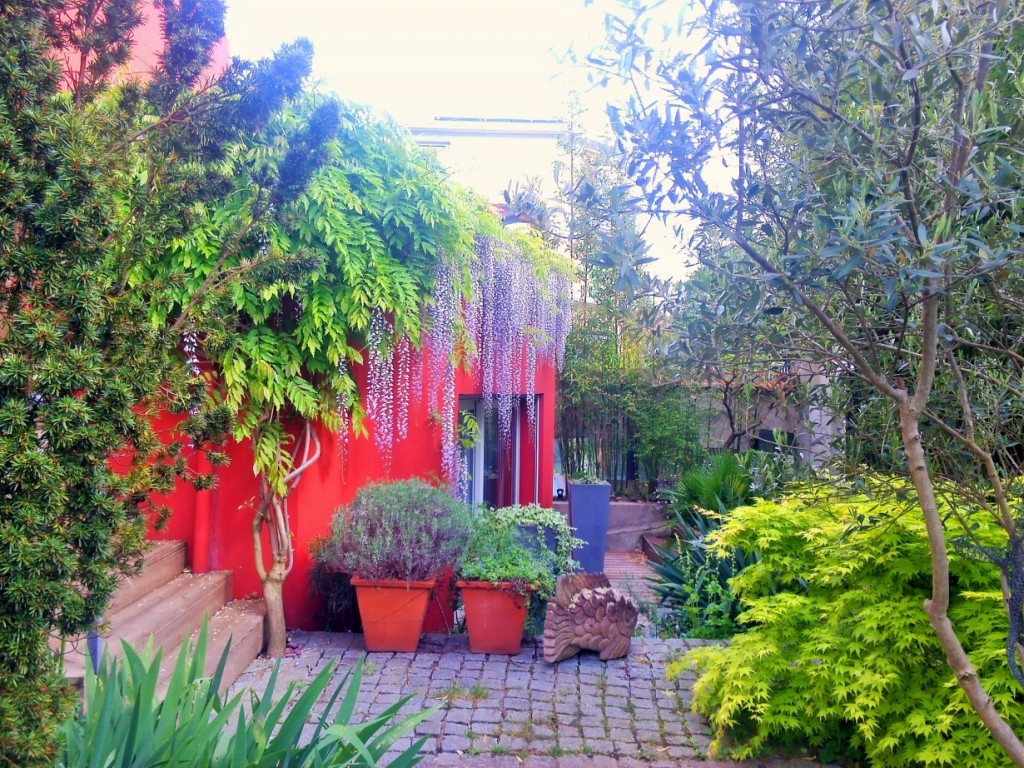 View into the colorful garden

A life out of a suitcase
Who: Sammy Voigt – Model and Designer Where: Berlin Mitte…