Who: Inés Carvajal, wife of the Spanish Ambassador
Where: Spanish Embassy in Berlin 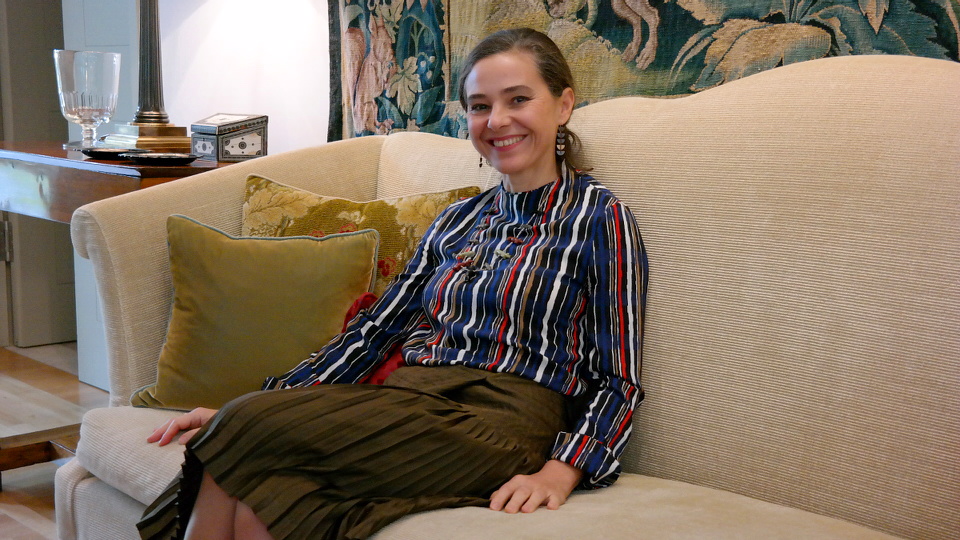 In a few days the tenure of the Spanish Ambassador Pablo Garcia-Berdoy Cerezo and his wife Inés de Carvajal-Argüelles in Germany ends. Then suitcases have to be packed and goodbyes are spoken. I meet Inés in the Spanish Embassy, a neoclassical, representative building with a column portal and a view of the Tiergarten in Berlin. For four and a half years, the building, which was built during the period of National Socialism and now under monument protection, was the home of Inés and her family. 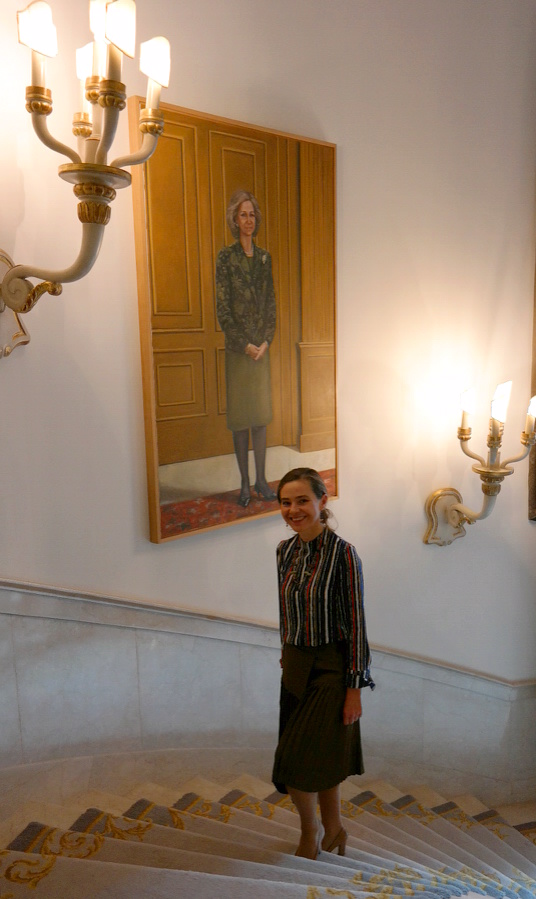 MyStylery: Inés, did you feel at home in the embassy? It is very large and representative.
Inés Carvajal: We have our private rooms, including a private living room. The room decor, however, I have not changed. Back then we arrived with only one suitcase. Over time, a lot has accumulated. Unfortunately (laughs). We are collectors. Of course, we will take books and souvenirs back to Madrid. I think the less you have, the less stressful it is.
MS: Some ambassadors’ wives have changed the entire embassy at the time of their husband’s entrance …
IC: Apart from the fact that this was not necessary, Spain is in an economic crisis. Such an expenditure would be inappropriate. It is not our house, although I felt very comfortable here. 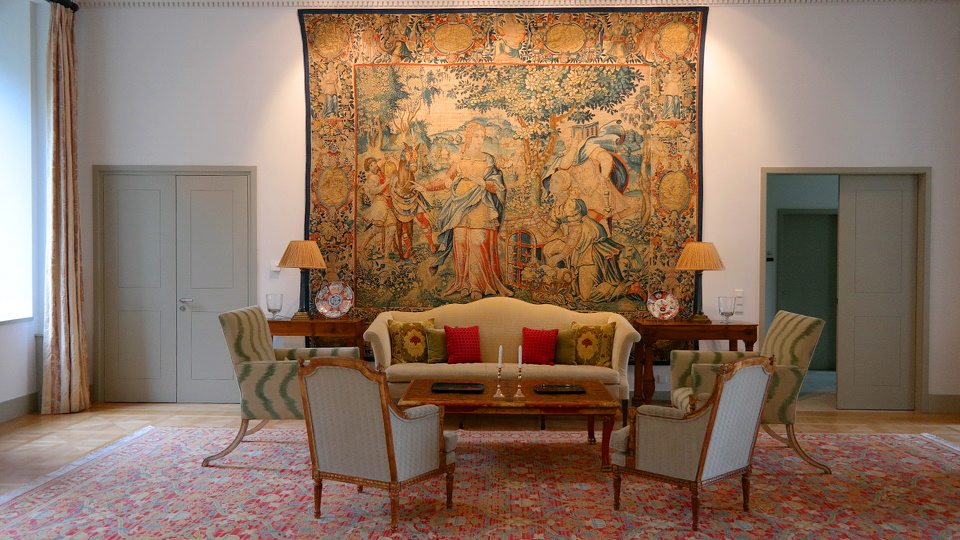 MS: You only have a few days left in Berlin. What will you miss?
IC: I will miss our local friends very much. Berlin is so green, so young and a great bike city. I drive all routes by bike, also from Tiergarten to Dahlem. This is my workout at the same time. Biking gives me the feeling of freedom. In the summer I swam a lot in the Berlin lakes. This cannot be done in any other European city. I am a fan of classical music and the cultural program in Berlin is fantastic. I love Berlin.
MS: The Berliners are not considered as friendly and obliging. Did you experience it like this, too?
IC: I like the openness of the Berliners very much. One might think we’re here for only four years, so it’s not worth getting to know each other. The opposite was the case. And although from the beginning it was clear that we would go back after four years, I could imagine staying here. 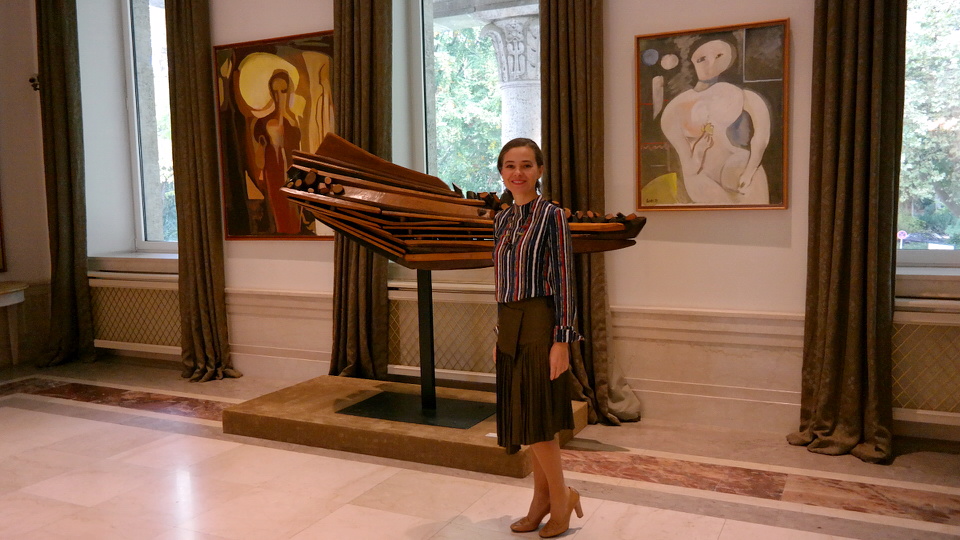 MS: I can imagine it to be hard to move from one location to the next: you’ve just got acclimatized, it’s adios again!
IC: Even my grandparents were diplomats, I know it no different. I was very young when I married Pablo at the age of 22. At 23 I was mother for the first time. Juan was born in Manila, Pepe in Bonn and the youngest, Pablo in Madrid. The children were with us in Bucharest. Only my eldest went to the boarding school in Sankt Blasien in the Black Forest because there was no German school in Bucharest. I like to be abroad, it gives me a special energy. I am curious and like to meet people.
MS: You’re a studied linguist, but you’ve put your own career behind your husbands.
IC: True, especially as it is not easy to work as a diplomat’s wife abroad. Nevertheless, I have, of course, always performed tasks and committed myself. Teamwork is an essential aspect of the ambassadorial existence. And I see myself with Pablo as a team. The representative tasks are always fun. 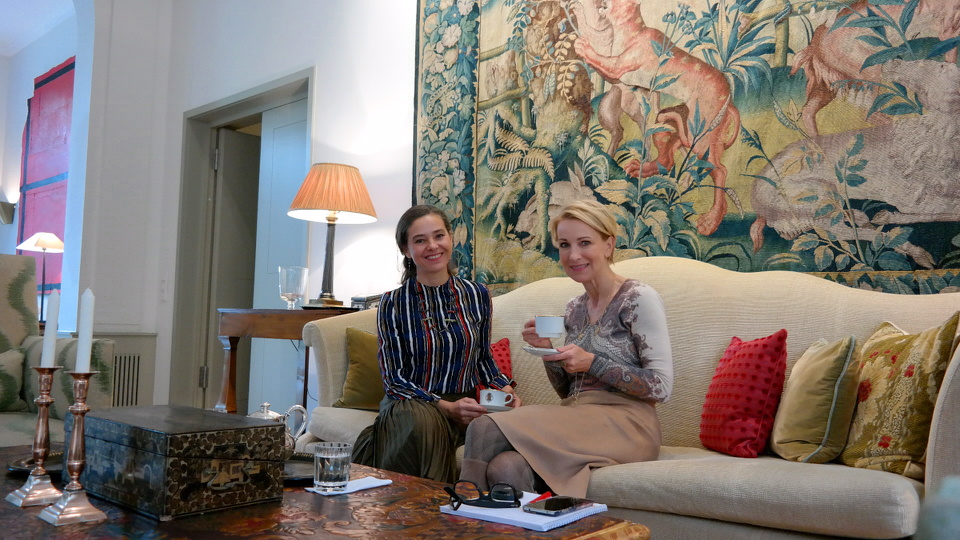 Inés Carvajal and I having teatime under the tapestry: This one is from the 17th century

MS: But you did not have an easy start in Germany. When you came to Berlin four and a half years ago, your family suffered a heavy fate.
IC: One of my sons was suffering from Rhabdomyosarcoma, a very rare type of cancer. When we got the diagnosis, we flew to Boston the next day, where they specialized on this form of cancer. Pepe was operated and received chemotherapy for five months. When we returned to Europe, we thought he was completely cured. In time, my husband has embarked on his new job as an ambassador in Berlin. In Germany cancer came back massively. Nine months later he died. At the age of 19.
MS: How do you deal with it as a parent?
IC: It’s so difficult to find the right words. Many things simply sound like a platitude. “You still have two healthy children ‘or something. This does not help. 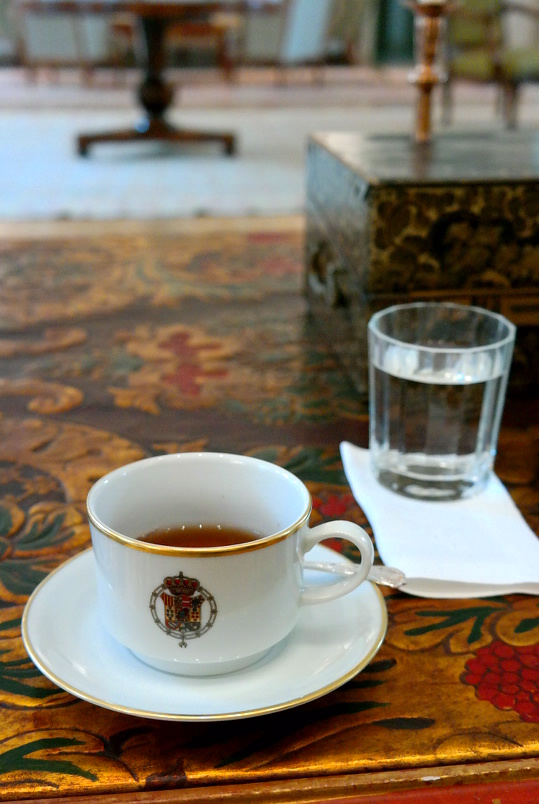 MS: Are you in despair?
IC: It is an almost unbearable grief to lose such young people. At the beginning, you think you’re in a nightmare. In Spain, we would have felt the sadness and farewell differently. Berlin was a new task, a new environment and a challenge that distracted us. To meet people was then my life-saving. One also slips into a role and does not carry its inner being outwards. I’ve always done a lot with my son, sang a lot, he accompanied me on the piano. Pepe had a great sense of humor, I miss him very much.
MS: Some partnerships are broken by such an experience. Did it work with you and Pablo?
IC: In the beginning, it was difficult to talk about it. Everybody mourns differently. I think men tend to run away and don’t want to feel. 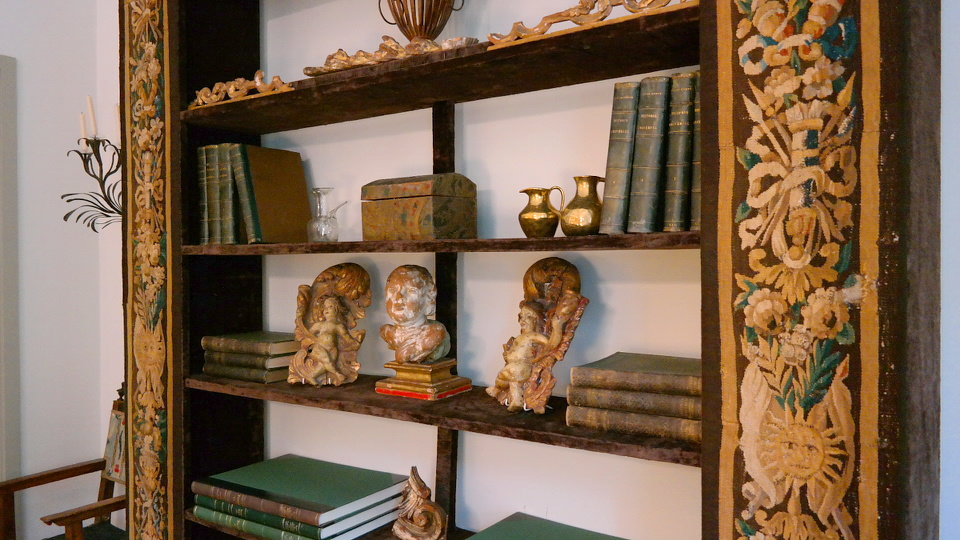 The representative premises of the embassy serve for official events. For this reason, Inés and her husband renounced family photos or personal belongings

MS: What helped you during that time?
IC: I’ve read a lot about the subject. In fact, the book Don Quixote de la Mancha helped me.
MS: The man who fights against windmills?
IC (laughs): One who takes the fight with everything. Miguel de Cervantes has a special philosophical way and how he looks at life is great. When he wrote the book, he was 58 years old and was able to incorporate his life experiences into the book. He was never recognized as a great poet and the book was misunderstood at first. He was very coherent. Cervantes has lived from hand to mouth, was very generous and is therefore already admirable. 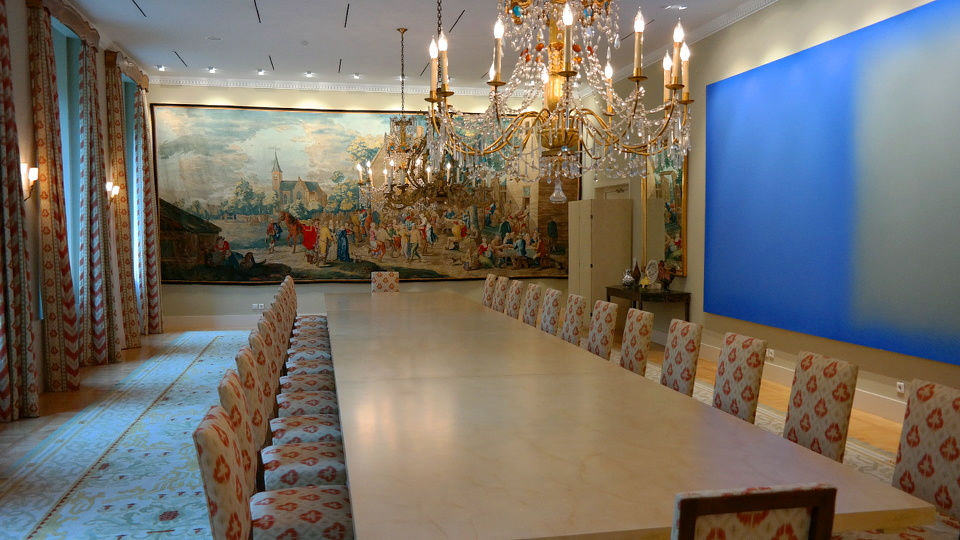 The blue work of the artist José Maria Yturralde in the dining room measures 3.5 x 7.5 meters

MS: I admire your ability to express yourself in German.
IC: Oh, thank you! In Germany I have studied linguistics and the philology of the 15th and 16th centuries. And I love the German grammar.
MS: Really? Hardly a German says that about himself.
IC (laughs): Yes, nobody can understand that. German is really a heavy language. But I love to master things. But in fact, I speak better Romanian and English.
MS: And from January comes another foreign language with French …
IC: Exactly. Our next diplomatic station is Brussels. 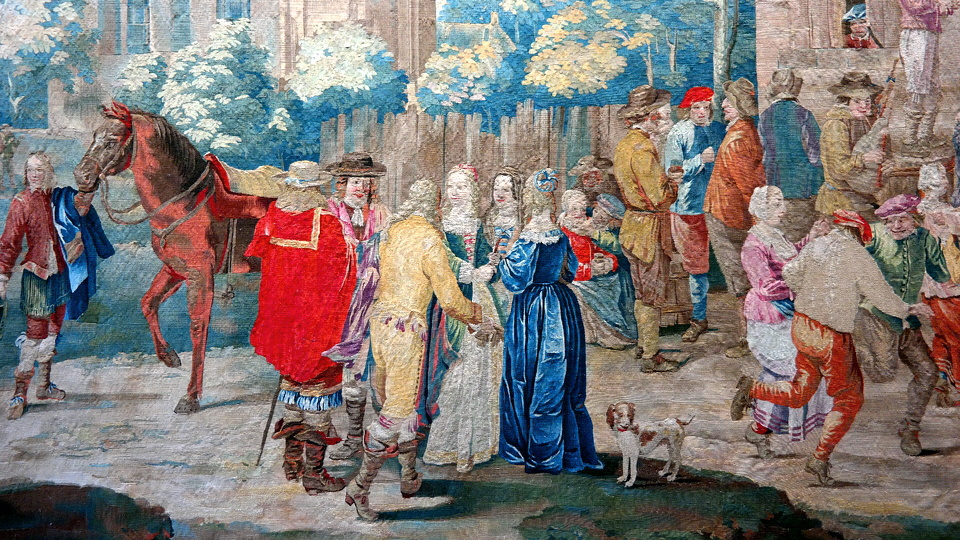 MS: I love Spain with all its facets. Nevertheless, Spain is often reduced to bullfighting, paella and Mallorca.
IC: That is undoubtedly a part of Spain. I think it’s okay. I personally love Mallorca very much and spend the holiday there with the family.
MS: What do you think about the fact that many Germans see the bullfighting critically?
IC: A difficult debate. The issue is now polarizing in Spain, especially in the vegetarian movement. I believe that bullfighting is a tradition that may not survive. Although bullfighting is also a cultural treasure and art. The beauty in movement. By the way, with many complicated rules. It is said that they are the only rules that are respected and accepted by all Spaniards. BvH 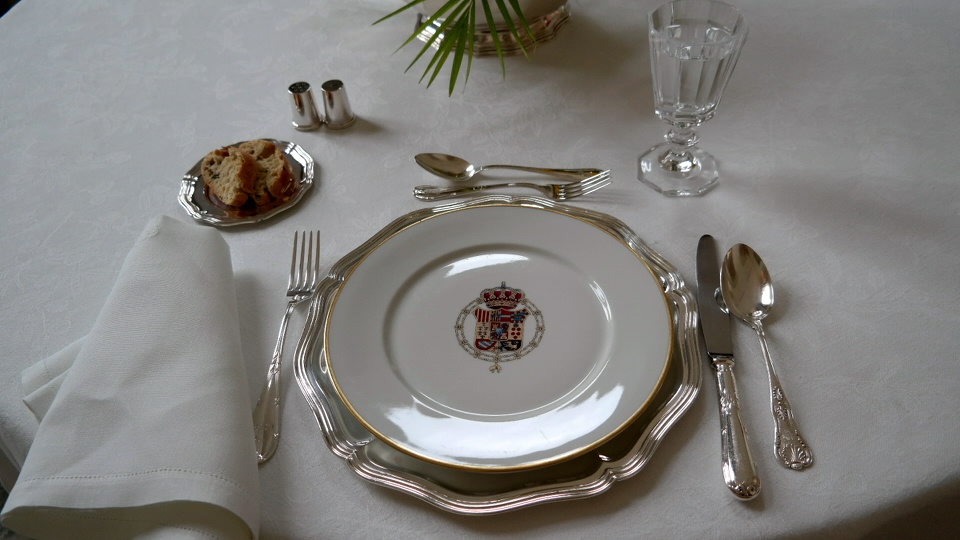 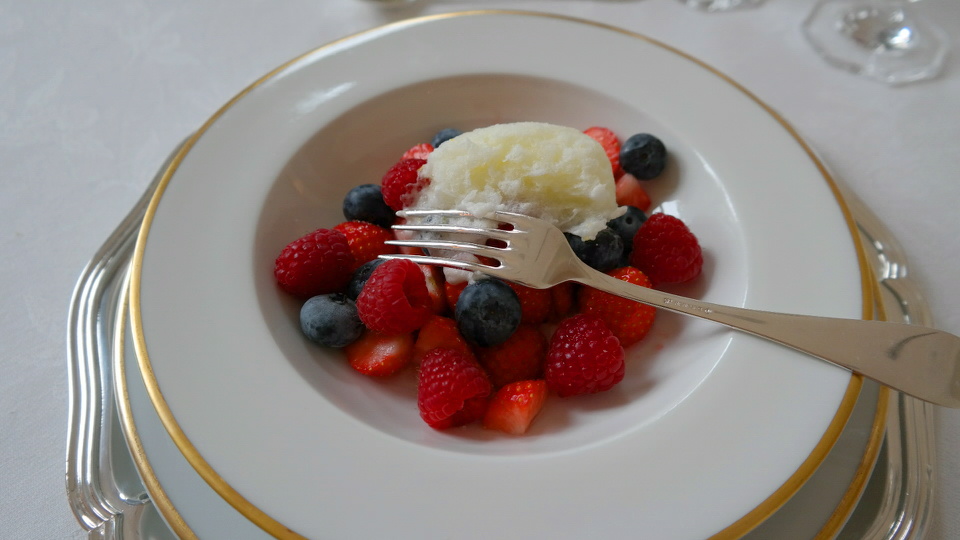 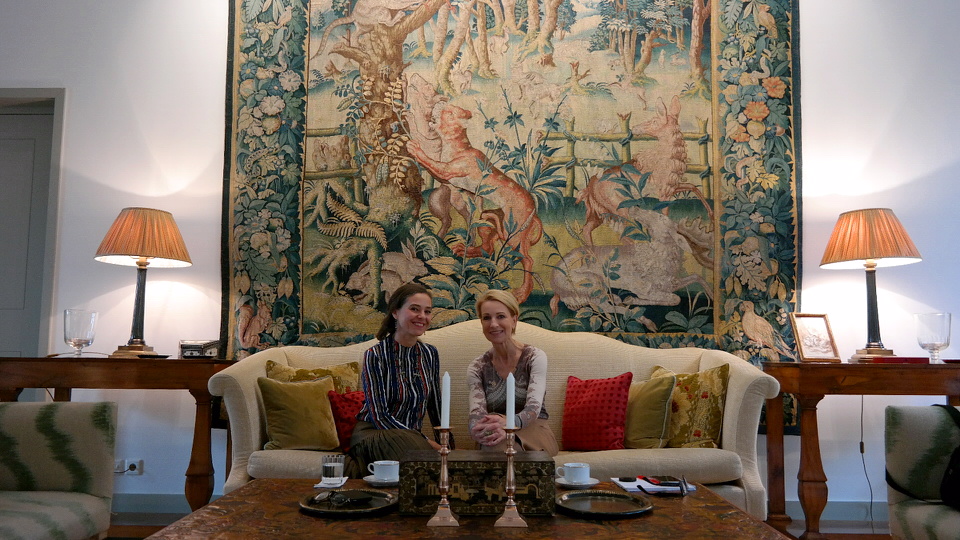 I am touched by the openness of Inés and our conversation 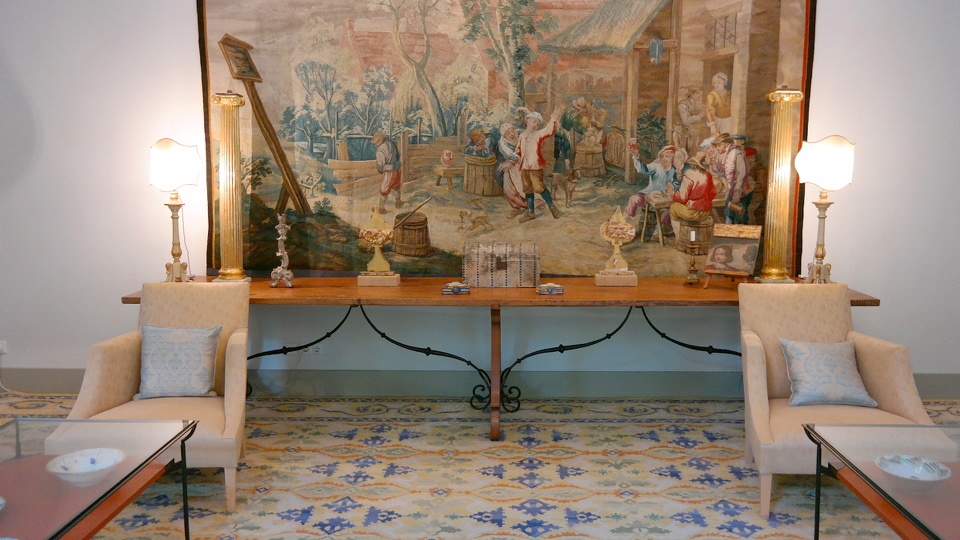 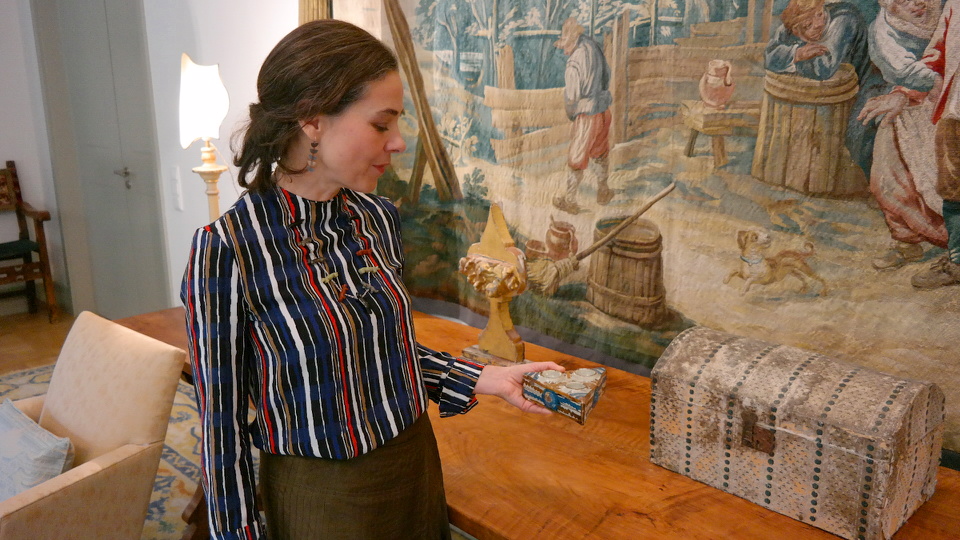 Inés loves chamber music and the music of the Renaissance: “We like to go to the Opera and the Philharmonic. Whenever possible. We just went to Fidelio. A great orchestra and great singers.” 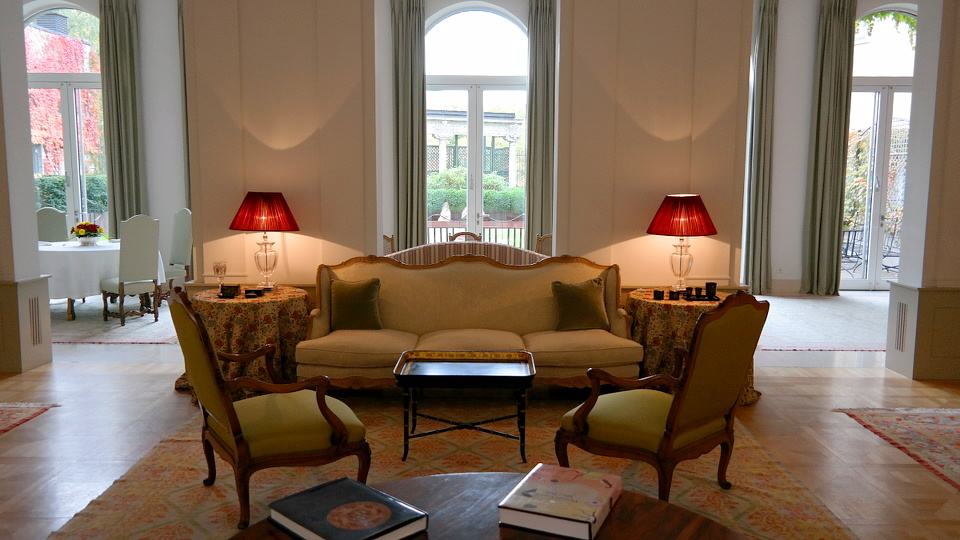 Did you know that every Spaniard has two surnames? “I have my father’s last name and my mother’s name. And Pablo that of his parents, “says Inés Carvajal. “Even if you marry, you do not accept the partner’s surname.” 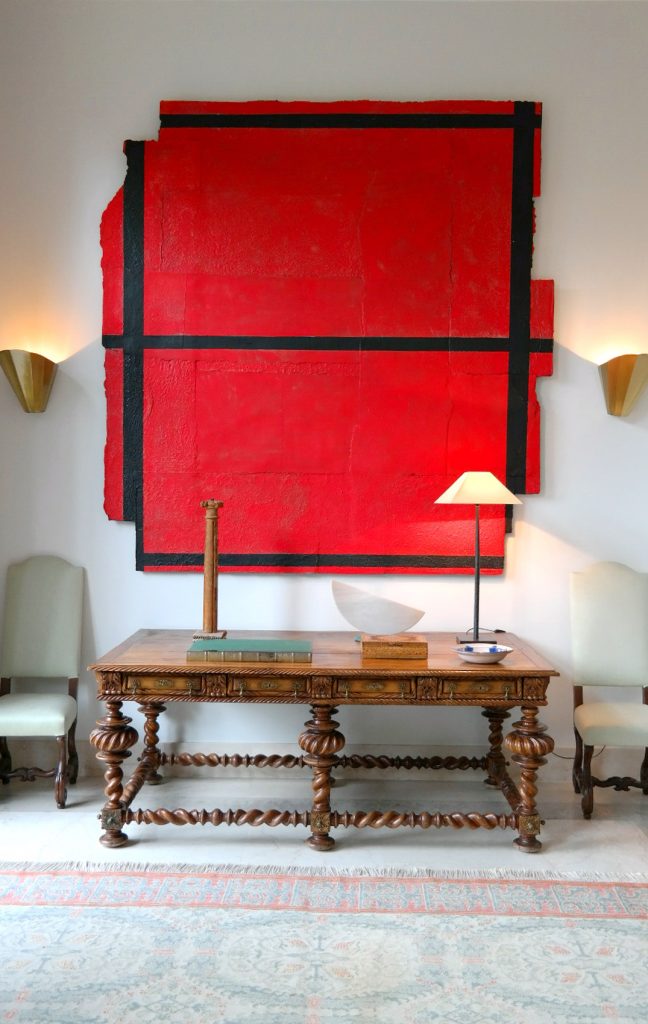 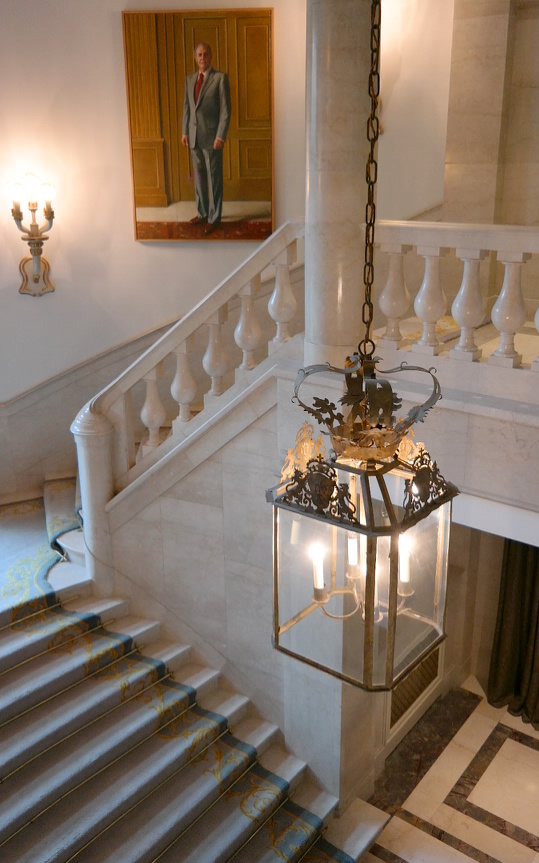 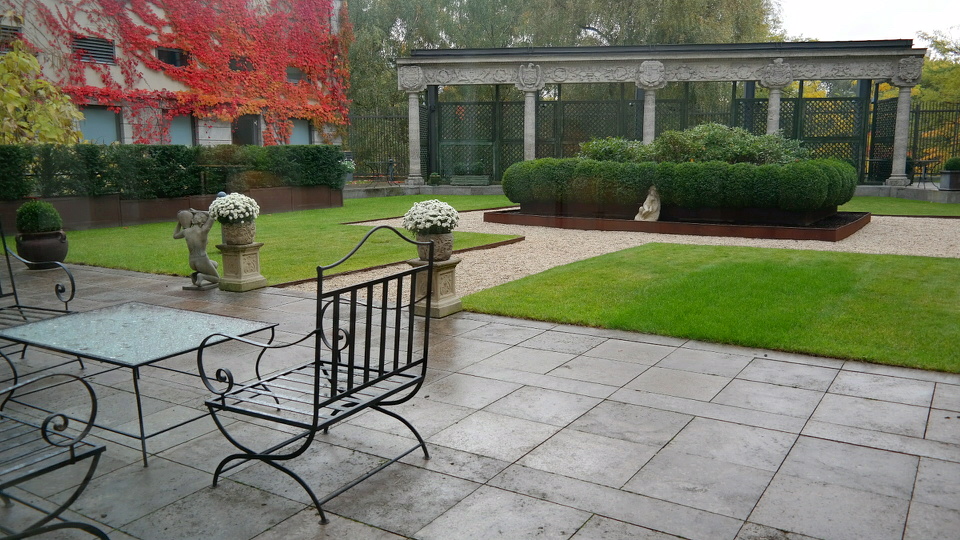 The garden of the Spanish Embassy 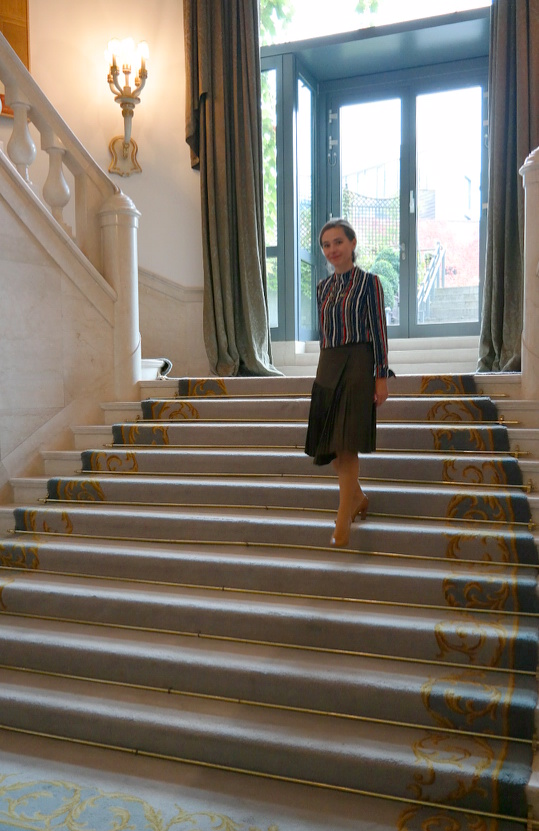 “When the children were small, I discovered the craft for myself and set up a studio in which I had bound books. I could do this in the evening when the children slept.” 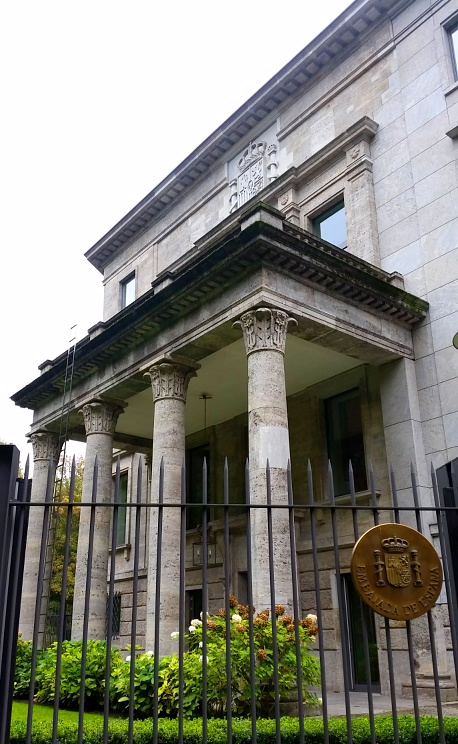