Who: Thomas Rath, Modedesigner
Where: Düsseldorf

MyStylery in the studio of fashion designer and TV presenter Thomas Rath – with prominent visitors who stopped by for a fitting of Rath‘s men’s collection. 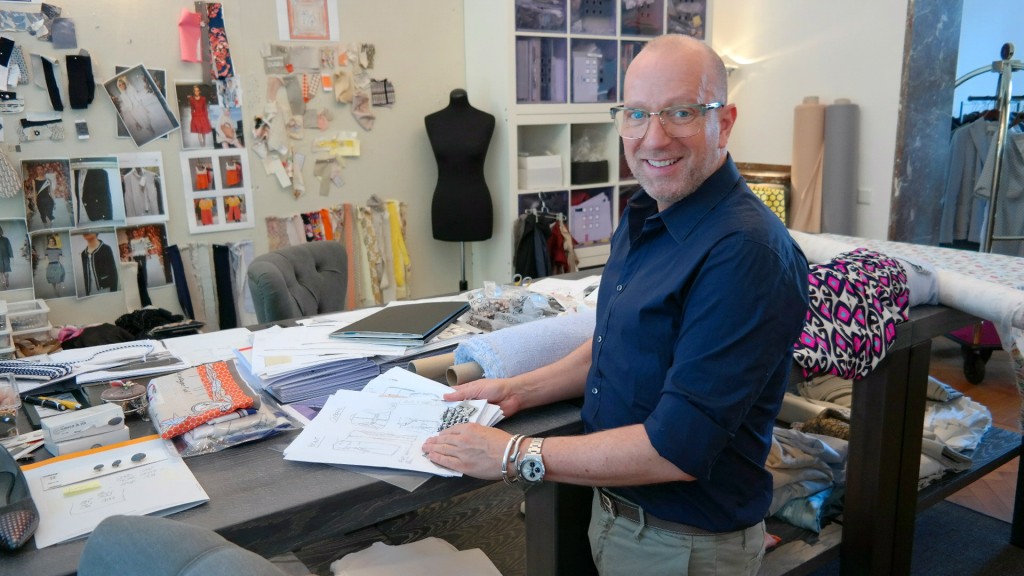 Thomas Rath in his studio in Dusseldorf

When Thomas Rath talks about the stages of his career, the names of almost all large German fashion labels gush out of his mouth and it is hard for me to keep up the writing: as a trainee at Basler he learned the business from scratch, including cutting sequences, material storage and the making of collections. 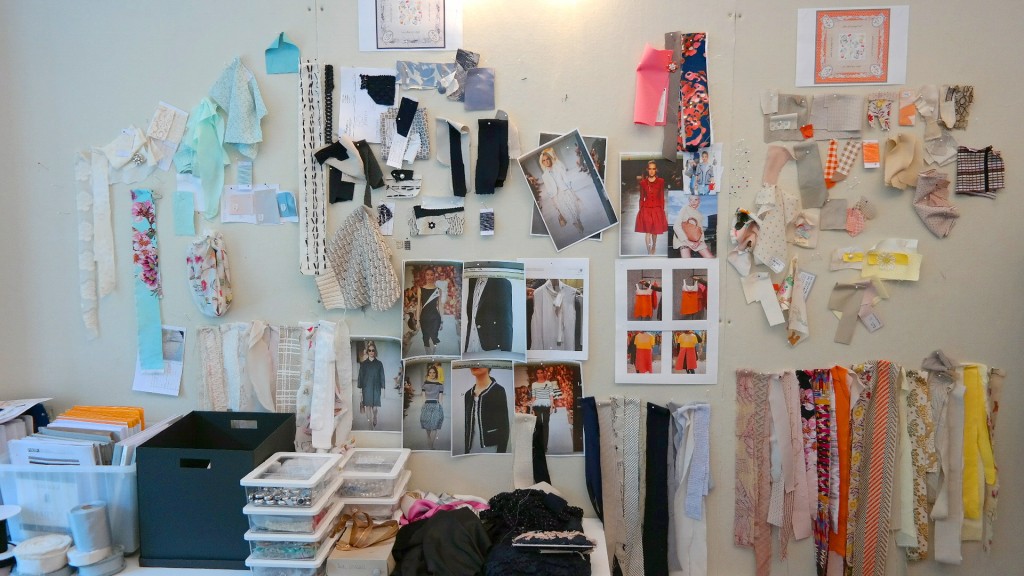 On the wall the mood boards for the next summer collection

Then he worked for Uta Raasch as an assistant, followed by Jil Sander, Windsor and international brands such as Mulberry, Sascha Fontaine and Casey Madden. Rath put Riani upside down, doubled sales, and even designed the logo with the four R’s. He worked with Linda Evangelista and Claudia Schiffer. None other than Michel Comte photographed his campaigns. Then the former Escada boss Wolfgang Ley was a knock at the door and Thomas Rath ended up in the luxury segment. Moscow, St. Petersburg, cashmere and sable. Escada began to go downhill, which gave Rath the idea to start his own label. 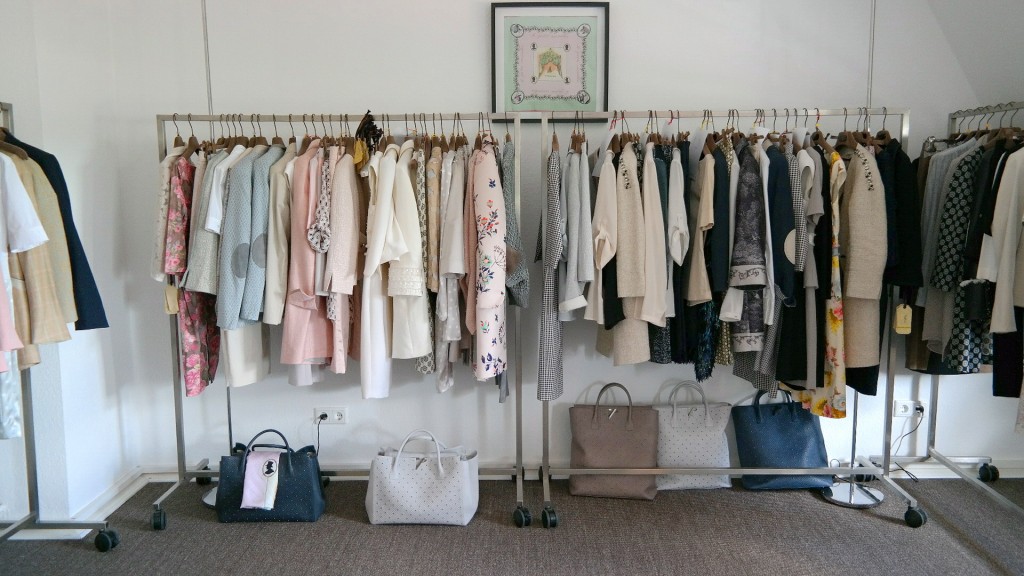 “My client determines herself how she wants to wear Thomas Rath. Sporty or elegant”

Loaded with the contacts that he had built up in 30 years in fashion industry. “Customers know what they can expect from me and get it”, Thomas Rath describes the trust of his clients. “My look was always classic with a certain twist: Shorts, tight jacket, Ludwig Reiter Shoes – done.” 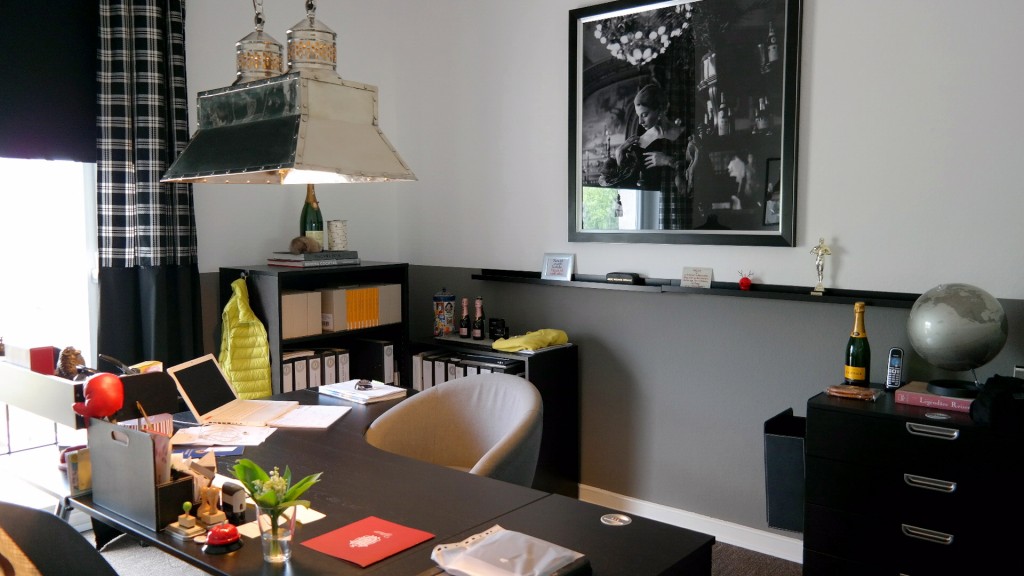 “I know how my client lives and what kind of car she drives. She loves no surprises in fashion, but wants reliability. “

Even as a child Thomas Rath knew that he wanted to become a fashion designer. The son of a sausage manufacturer fortunately had a sympathetic family who let him do it. Since 2010, there is now the Thomas Rath brand. “And it is going very well”, says the native of Cologne, who does not seek to conceal his origin and the easy Rhenish accent. 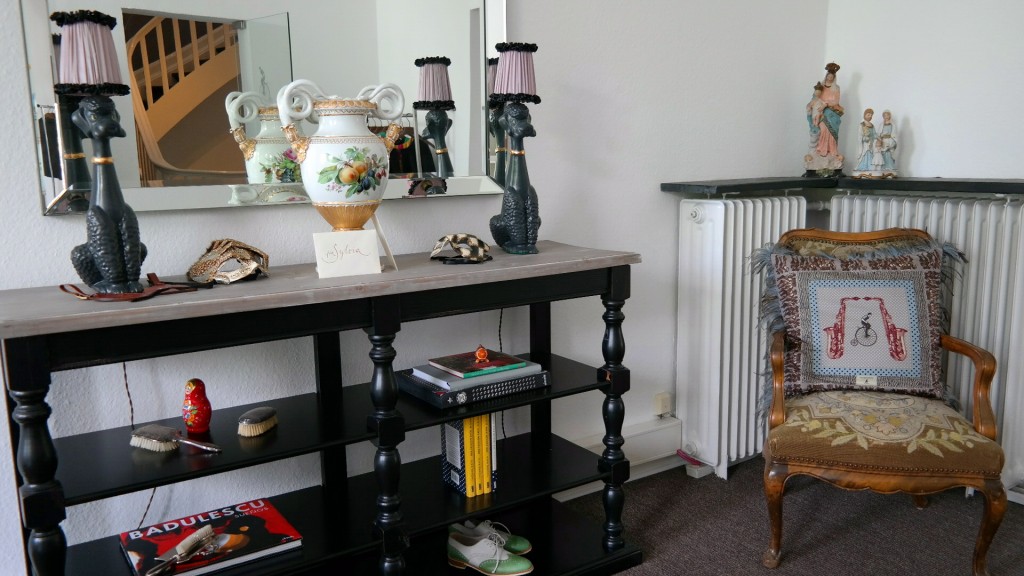 Almost like home: A little comfort in the office is nice to have

At the same time, he started by a juror at Heidi Klum’s Top Model TV show. “A God’s providence, albeit an exhausting”, says Rath while laughing. Clearly the show would have given him a lot of fun and benefits of its notoriety. His camera presence however did not affect the company. But all the more it added to the stress factor: When Thomas filmed in Los Angeles for three months, the council team was flown to Hollywood. Eventually, collections can’t be created by their own. He came to understand that one is shouldn’t get bogged down. Good bye, top model. 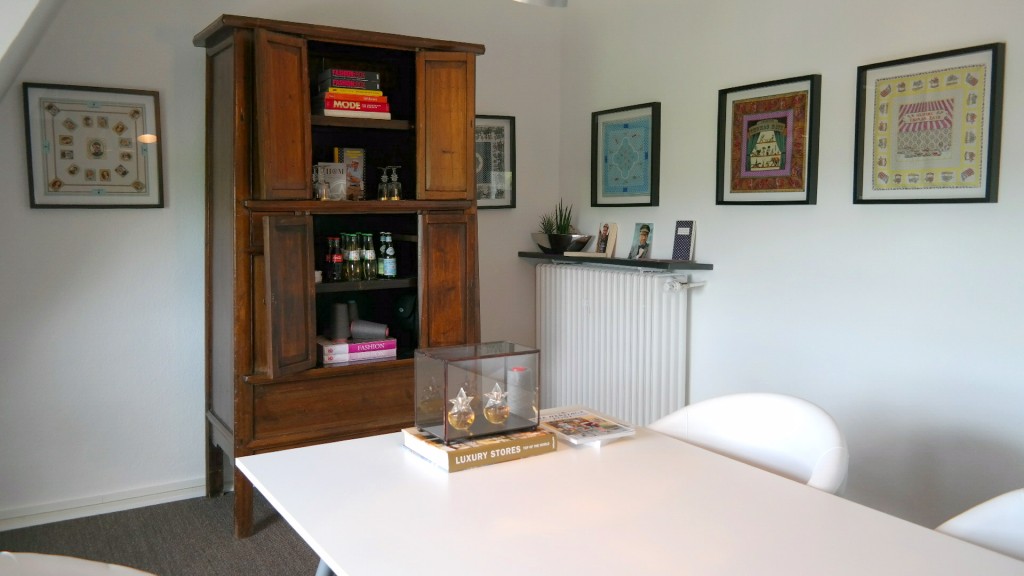 On the wall of the meeting room framed silk foulards

Welcome to QVC. Indeed Raths TV abstinence did not last long. Since 2014, the likable sales-talent presents an eight-hour life broadcast twice a month on the Home Shopping channel from the US and sells the sportive second-line ‘THOM’. This requires commitment so that Rath has to work with his international team almost 24/7. Quality is his statement, which is why the creations of the first-line Thomas Rath Semi Couture is completely produced in Germany and Italy. However, he admits with a wink: “When the pot is full, we close it.” 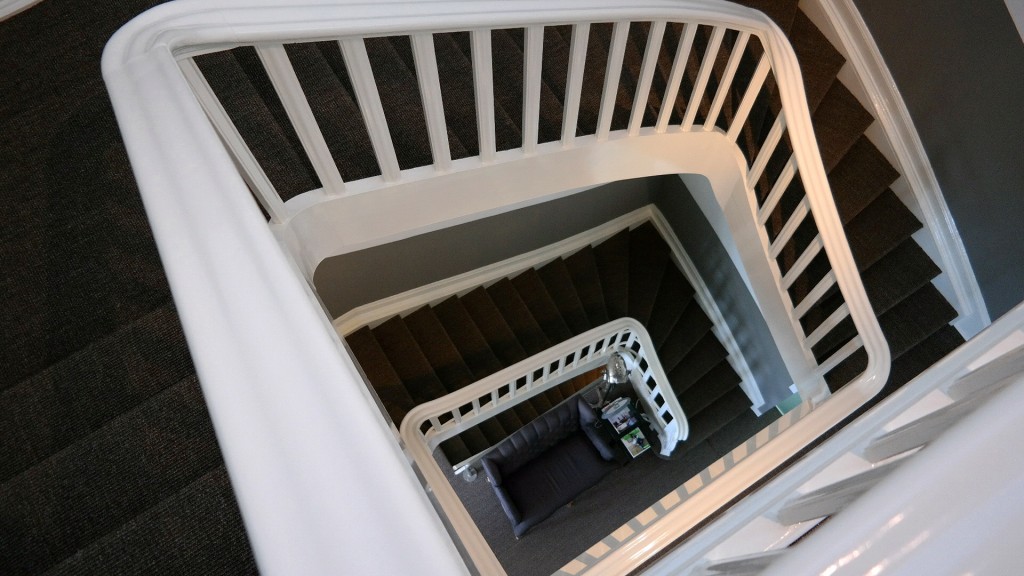 Since two years Rath makes men’s fashion, too. 45 pieces are included in the collection, jackets, vests, coats and trousers. The target group is the 35 to 50 year olds, who like the figure-accentuating cuts, but not Philipp Plein.
He is pleased with his customers, including prominent names like Desiree Nick, Frauke Ludowig or Katja Burkhard. The ladies love his label. And they pay for it – because Rath doesn’t like the VIP facilities for free: “I don’t sell a single piece anymore, just so that someone walks over the red carpet in a Rath dress.” And his 120 retailers that sell the fashion of Thomas Rath, think the same. “It’s the question of what you want: Die in beauty or make money.” 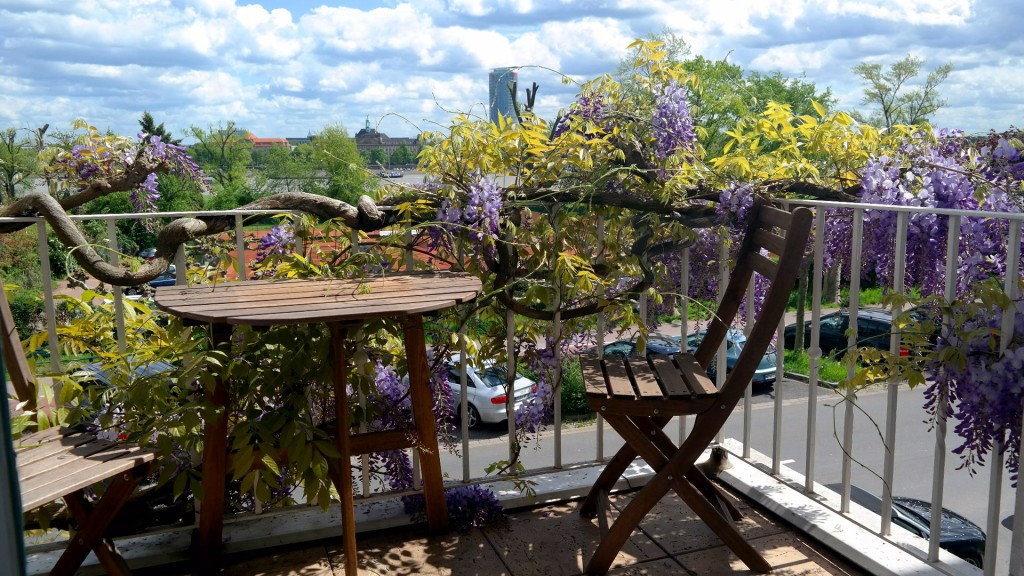 Small balcony with a view: How nice!

And then prominent visitors arrive for a fitting:
The band ,Vintage Vegas’ which is responsible for the music program at Thomas Rath’s show on Sunday evening. Giovanni Zarrella – known to many from his time with the band Bro’Sis – with his bandmates Inan Lima and Tom Marks. Giovanni, German-Italian singer and married to Brazilian model Jana Ina, had the idea of creating sort of a Rat Pack band for a long time. ‘Vintage Vegas’ stands for SWOP – Swing meets Pop. They already had 300,000 enthusiastic spectators during the last ‘Holiday on Ice’ tour. BvH 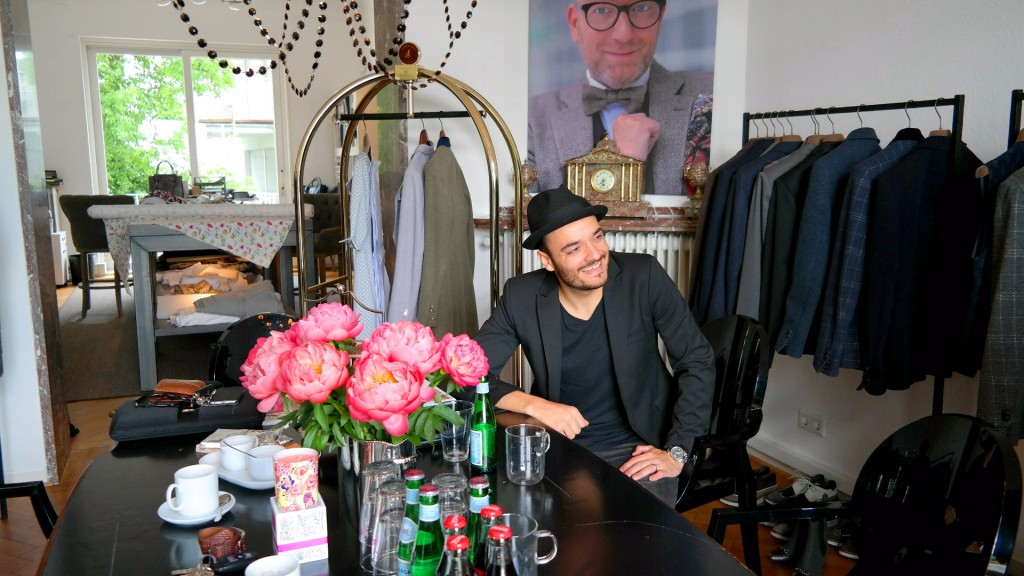 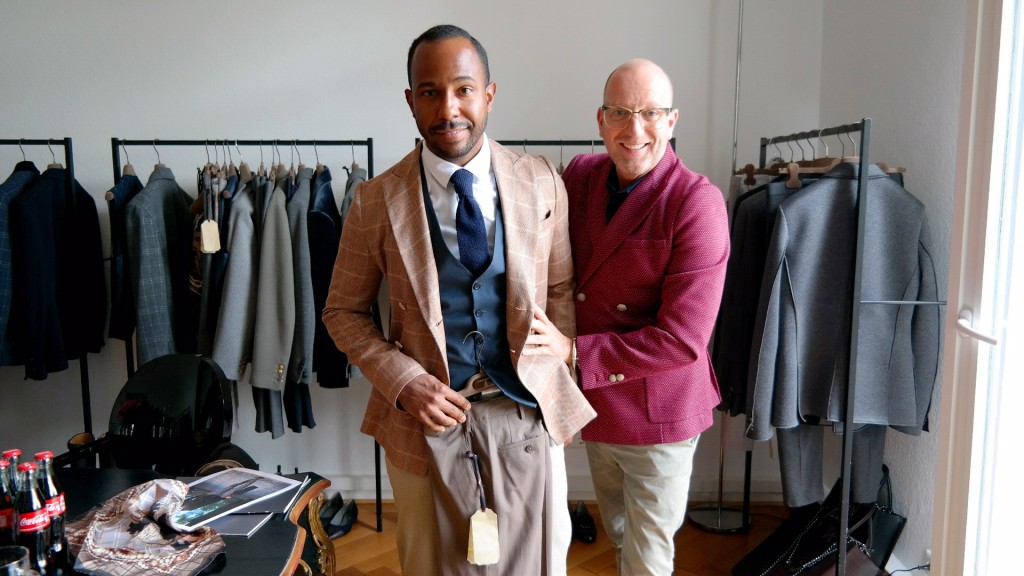 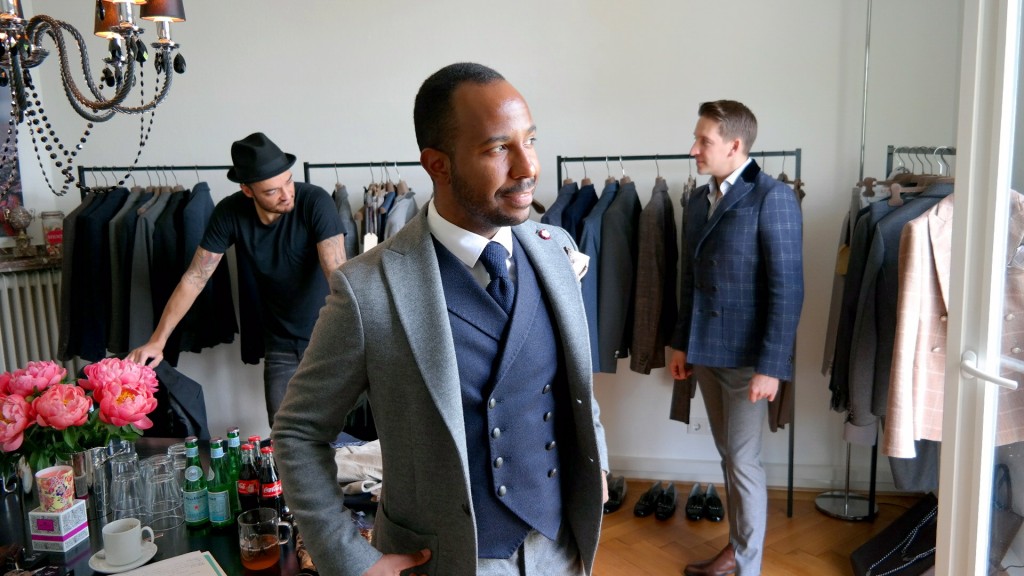 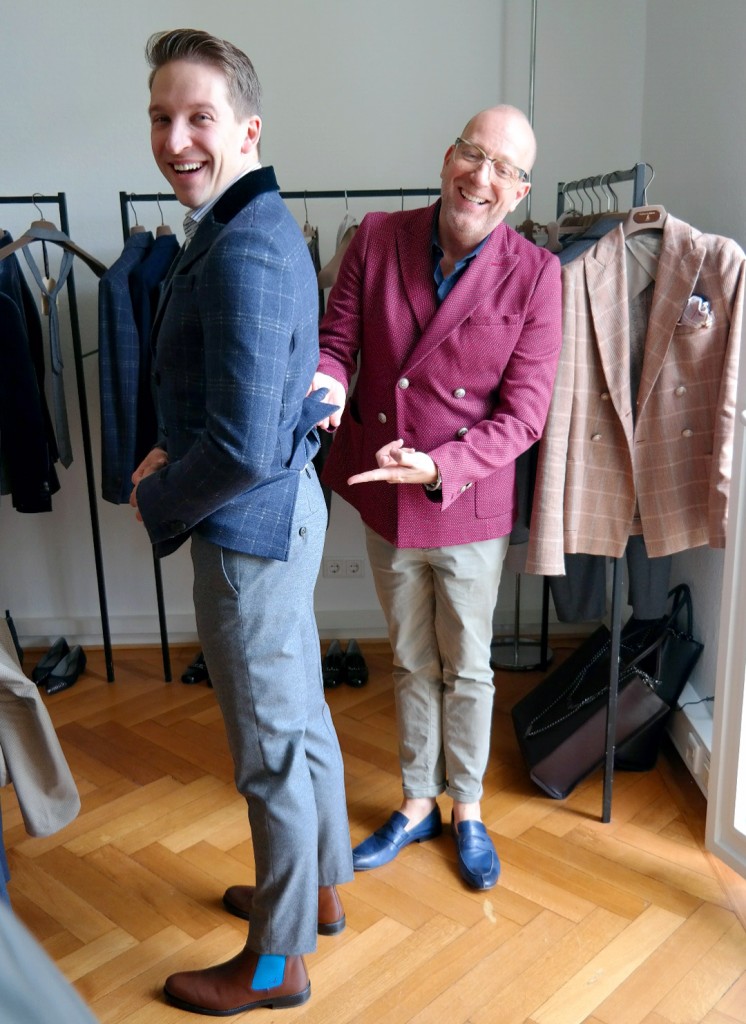 Tom, born in Poland and living in Wiesbaden, has toured as a backing vocalist with Joe Cocker, Shakira and Herbert Grönemeyer. Thomas: “The pants fit perfectly!” 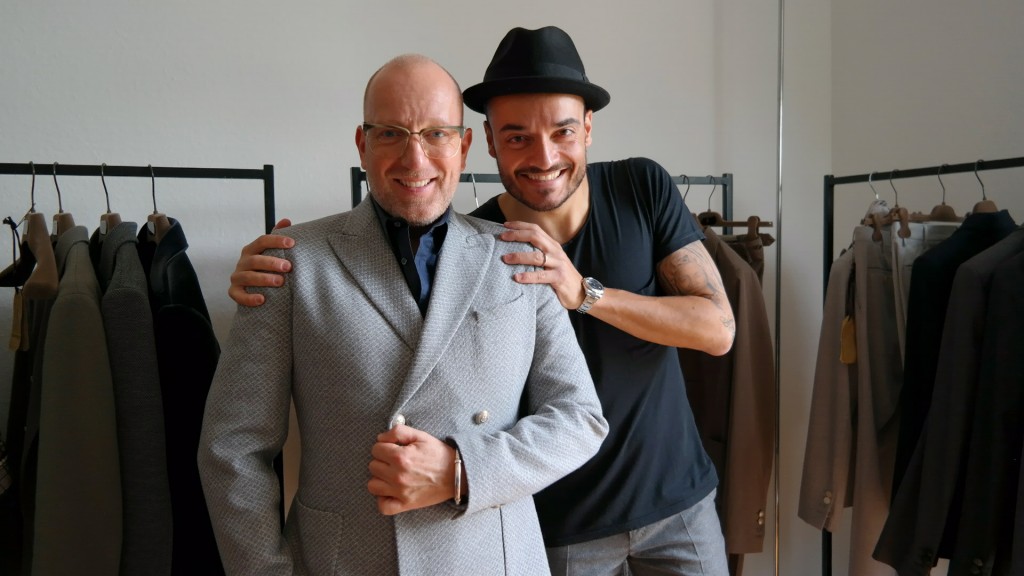 “A certain appeal can’t hurt,” Thomas Rath says about ‘Vintage Vegas’. “The boys, of course, also have the bodies for the slim-fitting suits.” 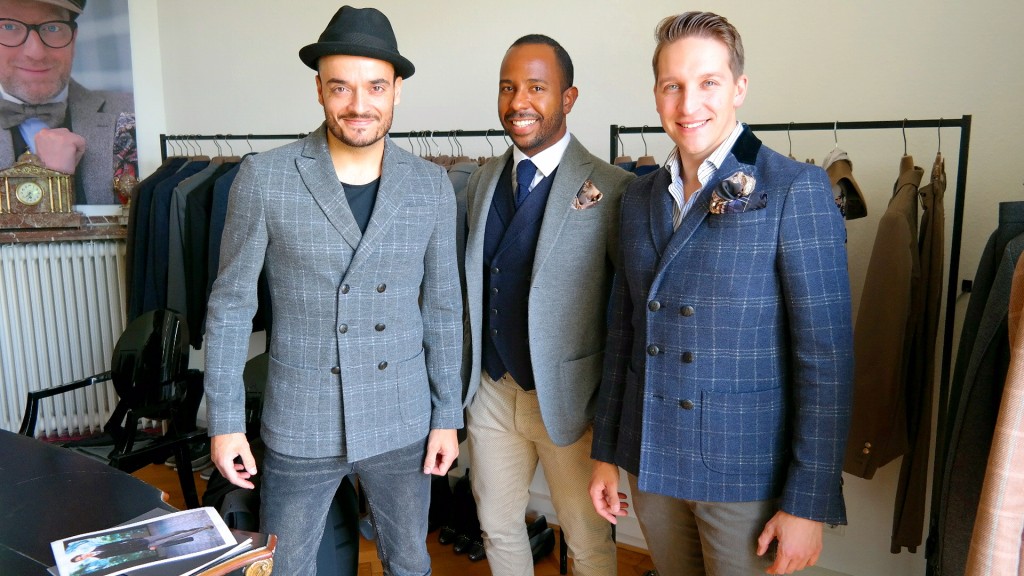