When two people move in together, it happens that two lives and two households are mixed together. But what if one doesn’t like the couch of the other one or finds it even ugly? When the Berlin gallery owner Anna Jill Lüpertz and the artist Markus Keibel met each other eight years ago and shortly afterwards decided to create a shared home in Anna’s 170 square meters flat in an old building, there was no approach for a discussion. ART-piece, the apartment was literally empty. 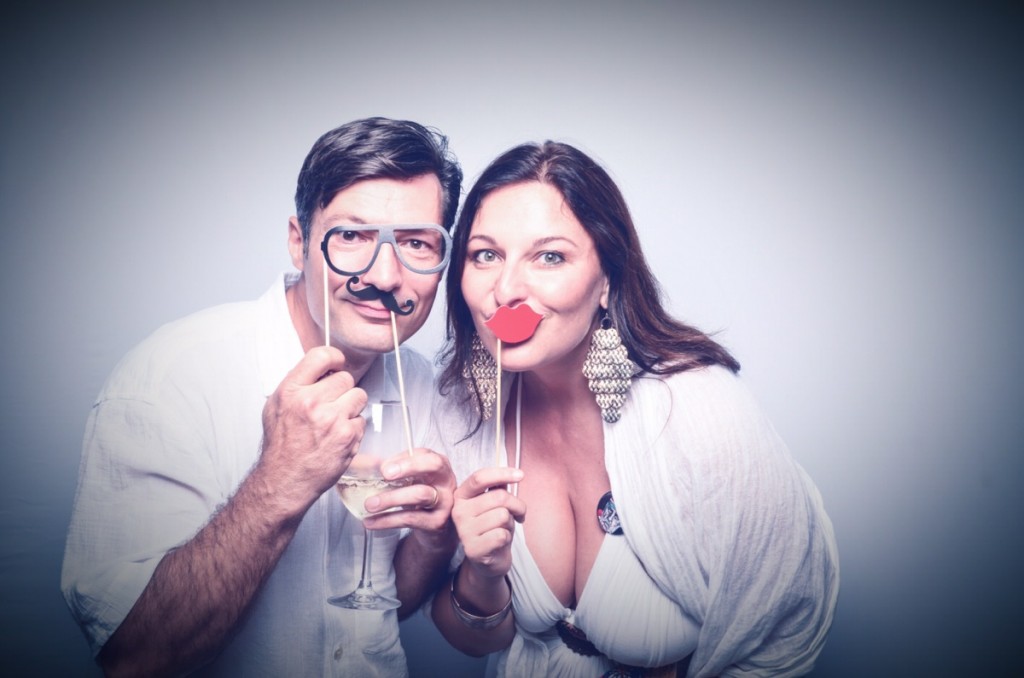 Anna Jill Lüpertz: When I moved in I had nothing except for a bed and a couch.
Markus Keibel: And I brought things that were missing. This has been a good supplement.
MyStylery: Are you always so harmonious?
AJL: Mostly (laughs). The Farrow & Ball-wallpaper in the corridor still comes from the predecessor. We didn’t remove it, because we couldn’t decide on a wall color. I love colors like the one in the living room, a mixture out of old silk and DDR-anteroom-optic.
MK: True, every color is being discussed. I wished myself at least one white room. Nevertheless I was able to assert myself in the kitchen. Basically Anna likes to have more, I like to have less.

Right on the wall the Neon-Installation ’I‘ by Pietro Sanguineti

MS: More or less of what?
AJL: I love small things and so called bits and bots. For example I can’t have enough of vases! Markus always puts everything away and believes that I won’t notice it. It’s important to him, that everything is clear, clean and tidy.
MK: For me it’s quality before quantity. And that the things tell a story. After the end of the war, the empire-secretary has been pulled through whole Western Pomerania in a handcart by my grandmother. It accompanied me like the banana-plant throughout my whole life.
AJL: The other plants we purchased together. Markus got the green thumb.

At her eleventh birthday Anna got portrayed by the big A.R. Penck and gave it to her afterwards. Above the house-bar on an antique sewing table, in which Anna still stores needle and thread

MS: What is important to both of you in your home?
AJL: To me, the bed is the most important place. This is where I work, here I live. And books…
MK: … Exactly. Our books are our joint smorgasbord. I find apartments without books disconcerting. This is also an expression of quality of life.

After the end of the war, Markus grandmother moved the antique secretary in a small wagon hundreds of kilometers

MS: Do you always agree on art or are there different points of views?
AJL: When I met Markus, I was afraid, that his art could be bad trash. Then I secretly googled him and was totally relieved afterwards.
MK: I’m concept-artist; this is the contrary of what influenced Anna in her childhood by the art of her father. Art is a new issue of attitude, not of the taste. BvH

On the commode you can see Anna’s vase collection, above A.R. Penck: ‘Anna with horse’ of 1980. “My horse was much bigger in reality”, says Anna laughing

Above the sofa an ink-drawing of Peter Stauss. On the right and beneath sketches of Anna’s father Markus Lüpertz

“I clearly have a bio-craze”, says Anna about the loaded ecologically correct content of the shelves in the kitchen

A present of Anna’s stepmother: kitchen-chairs by Arne Jacobsen

On the wall photographs of the family

Anna on her balcony in her apartment in Berlin-Moabit

In the floor Anna stores the rests of the glass menagerie of her grandmother: “I’m especially sorry for the emaciated Chernobyl-fawn”, says Anna Lüpertz and grins

In the book shelve a small aquarelle, a present of Anna’s stepmother. “She says this is how I look when I drink red wine.”

Cozy corner in the bedroom, beneath a sketch of Peter Stauss. “On the left hangs an old line, which Markus pasted over. An early work”, says Anna Lüpertz winking

Impressive stucco, no matter where you look at

James Lee Byars: ‘Letter to my mother’, beneath a Chinese commode with a ceramic sculpture by Veronika Brovall

On the Asian cupboard in the guest room you can see a picture from the family property: Still life with Spanish women

In the vitrine that is placed in the floor a work of Markus Keibel: ‘Lampedusa’. The graphical wall paper behind originates back to the previous resident, the actor Inga Busch

Black and silver: a work by Markus Keibel. Without a title, acrylic paint on aluminum. Markus spotted the old dining table in a pub, above a lamp by Moooi

The skateboard collection of Markus Keibel, who attended European championships when he was younger and also drives nowadays: “Those skateboards stand here for a reason, not just for aspects of decoration”, emphasizes Anna and laughs