What: Restaurant ‘Die Quadriga’
Where: Berlin 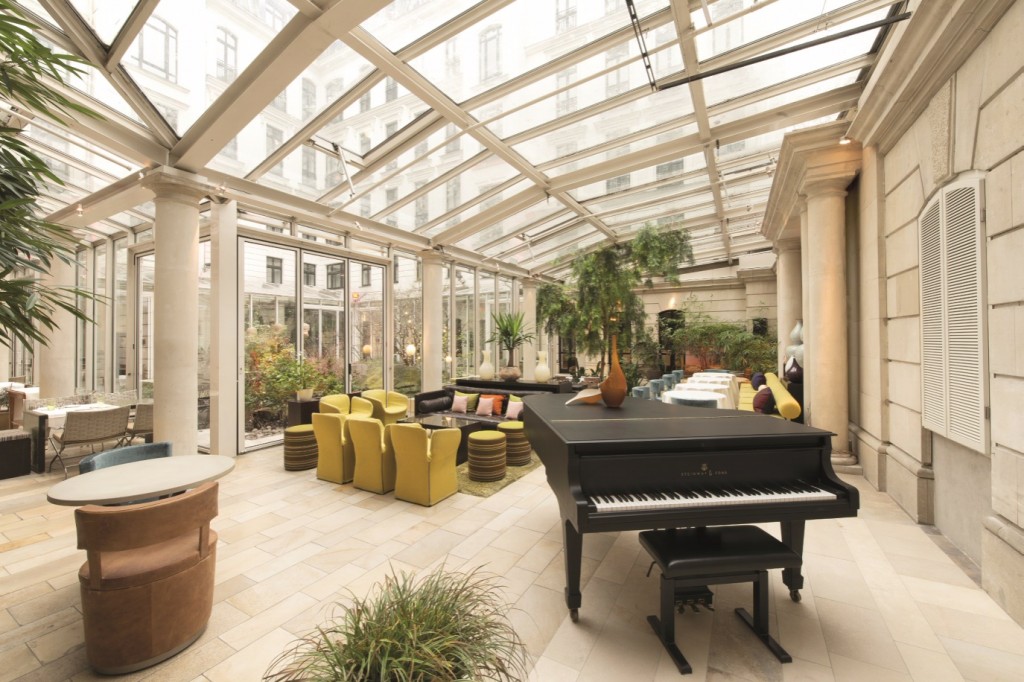 The former bohemian architecture got a new interior-concept

Since yesterday it’s cooking time in the capital: 50 Berlin top restaurants prepared for the ‘Berlin Food Week’. Under its given motto ‘Kraut-Wende’ (in English: ‘herb-change’) sizzles Berlins gastro-scene until the 4th of October respectively individual herb-creations to spoil the demanding palates of the foodies. One of the participating restaurants is ‘The Quadriga’ in Charlottenburg. Under the regime of its chief cook André Haufler is the offered cross-over-kitchen already well-known. The former star restaurant now belongs to the hotel group Dormero, which lately took over the former hotel ‘Brandenburger Hof’ and is now called ‘Domero Berlin Ku’damm’ – even though the sympathetic Boutique Hotel actually resides in the Eislebener Strasse. 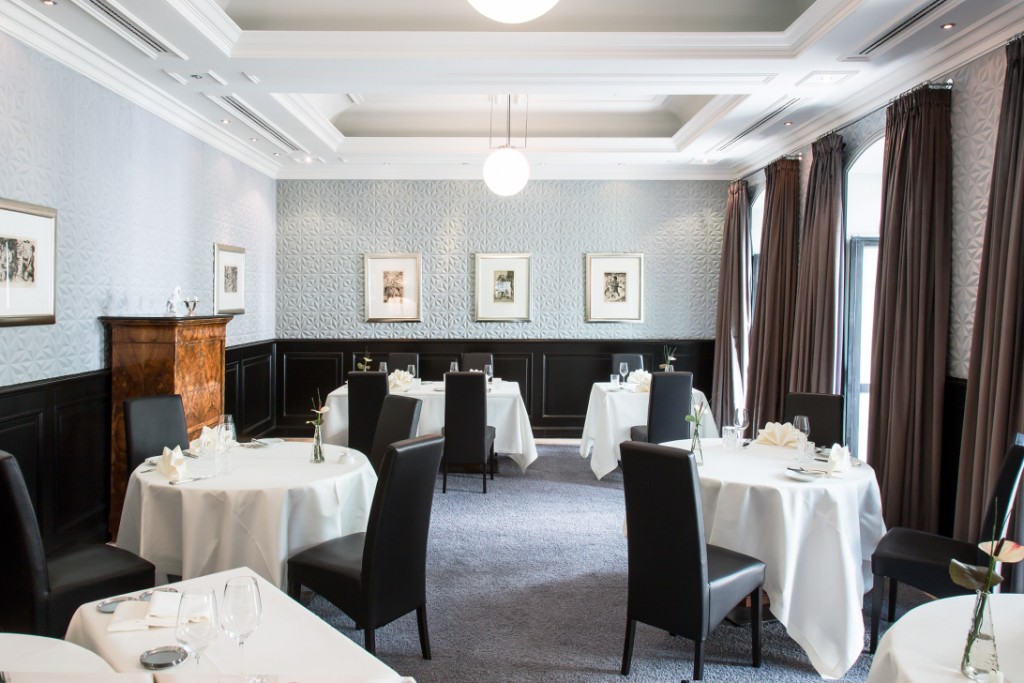 Die Quadriga: The quality of the dishes is accompanied by a selection of excellent wine

MyStylery was allowed to have a pre-look into the ‘Quadriga’-pots and was not only delighted by the delicious culinary art but also by the friendly service. I start with my favorite champagne, a glass Roederer Cristal Rosé – and just see what happens next with the ‘Kraut-Wende’-menu. The Quadriga restaurant appeals very intimate with its 24 seats, so that every guest feels well supervised. What I personally don’t really like is the newly created ambient in the former Wilhelmine town house. The central theme is slightly missing. But this is – as always in life – a matter of taste.
What I really like about chief cook André Haufler: he doesn’t have consideration for conventions and just mixes together whatever he feels like. For example from his last holiday he brought some hibiscus-flowers, which the guest can now find on his plate. He describes his Mediterranean-Asian inspired engagement with a ‘touch of international chaos’. I say: it’s simply brilliant. BvH

Reaching for the stars 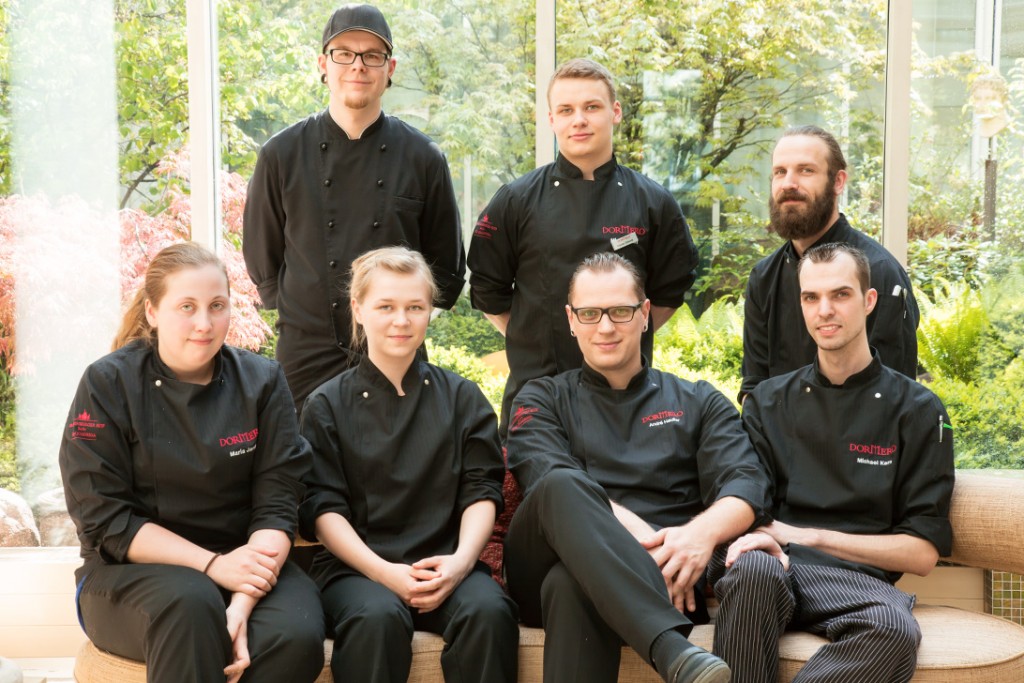 Tip:
‘Die Quadriga’-dishes can be ordered one by one á la carte or in a less expensive menu 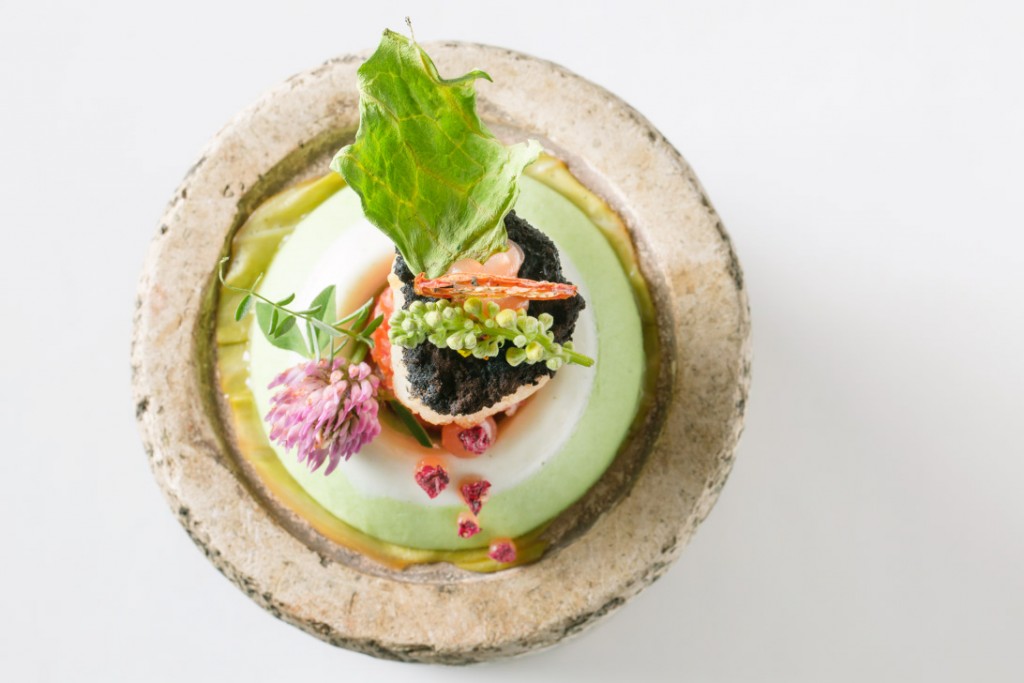 The appetizer of the ‚Kraut-Wende‘-Menu: Scallops with chickpeas, pointed cabbage and honey tomato 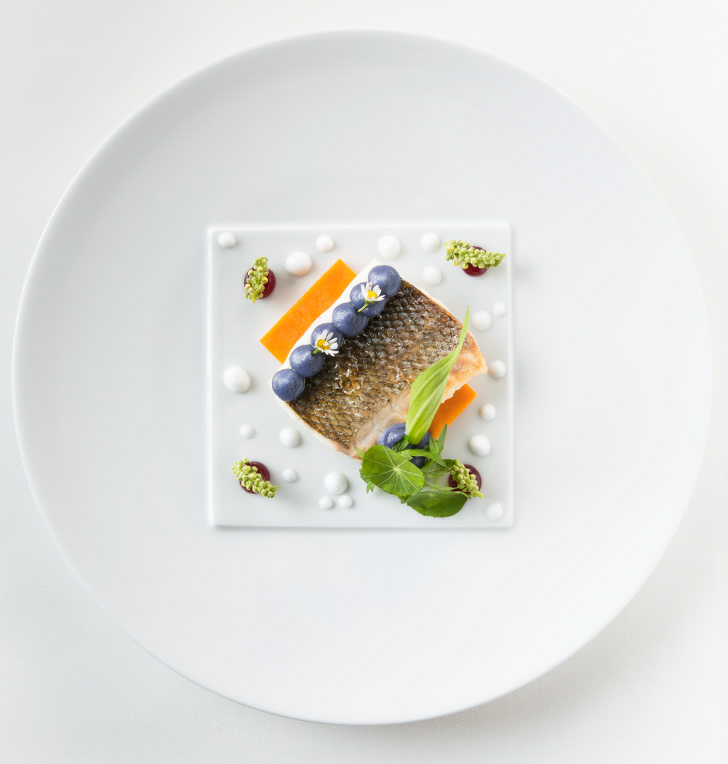 For the main dish sea bass with sorrel, elder and butternut-pumpkin: delicious! … 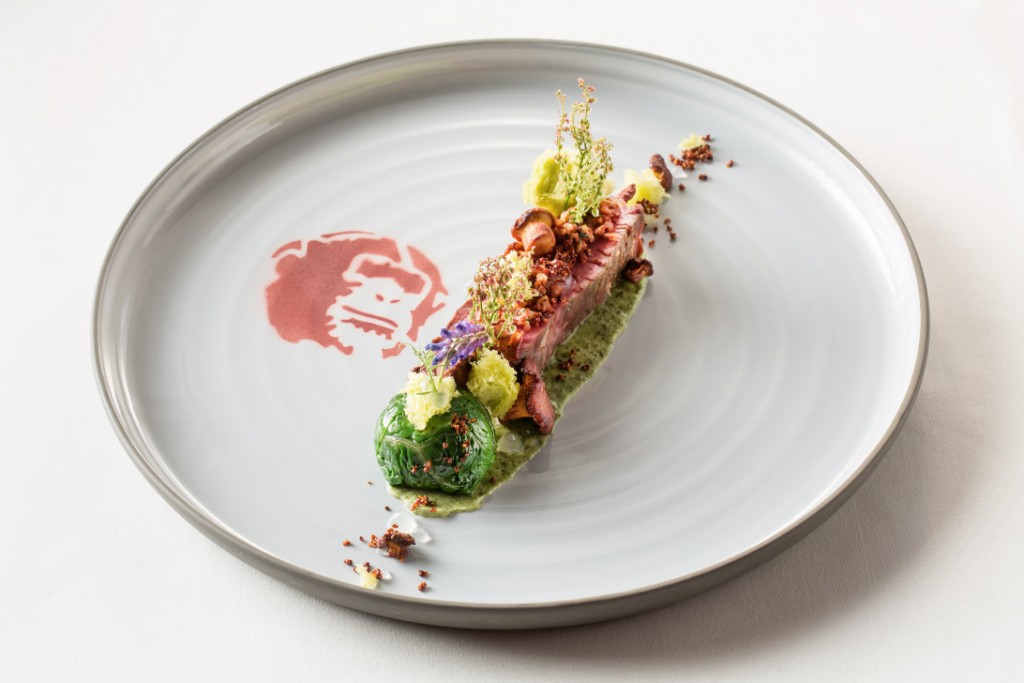 … Followed by a cattle-flank with waldspitz, savoy cabbage and blood sausage. To round of the menu: milk with orange, vanilla and hazelnut … yummy! 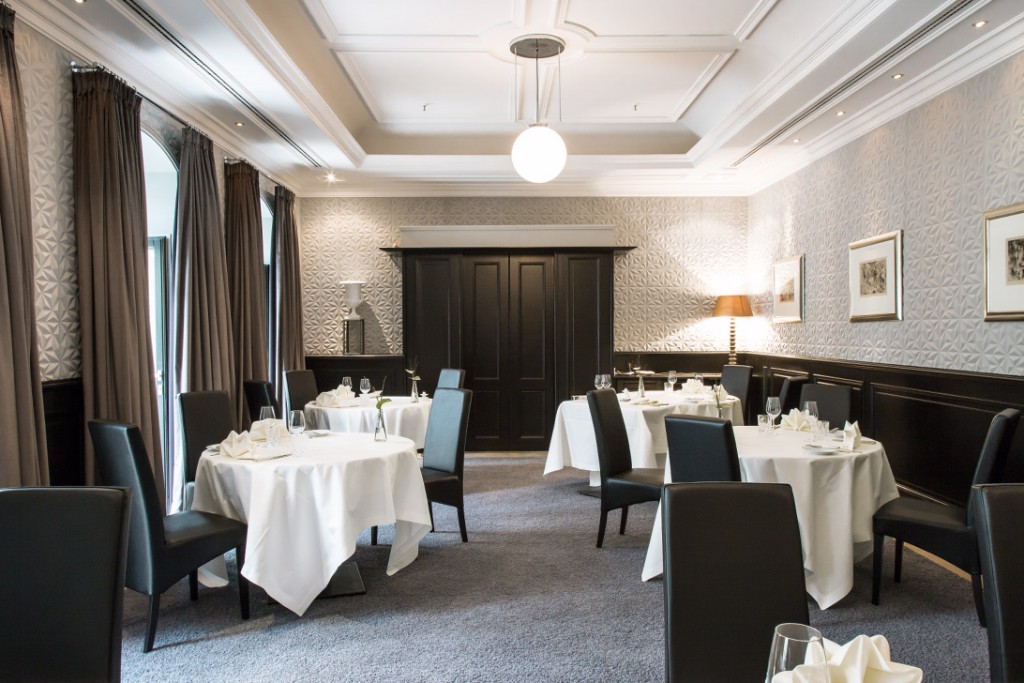 Infos about the Berlin Food Week:
Within the scope of the Berlin Food Week, the food avant-garde meets the former cogeneration plant in the Köpenicker Strasse in Berlin Mitte, to celebrate the ‘Food Clash Canteen’. 32 top Berlin chefs, catering-autodidacts and star cooks of international reputation cook up to six different themes, so that interesting orders of courses emerge, whose courses are all differently created, each by another cooking expert. ‘The Quadriga’ is represented since the 2nd of October under the motto ‘FeinOst’ (‘FineEast‘) with the desert variation ,Matcha – Wakame – Ricotta – Tempeh‘. Bon Appetit!