What: Bauhaus-Architecture
Where: Tel Aviv, Israel 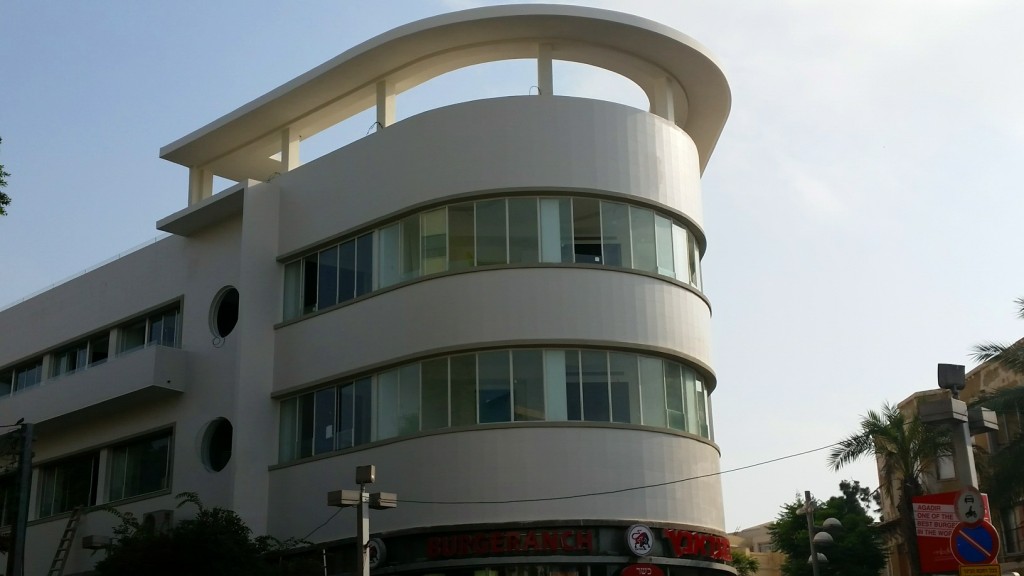 This time my destination is Tel Aviv. As a big architecture fan I was really looking forward to the trip, because the city is famous for its Bauhaus architecture and is therefore also called ‘White City’. Yet there aren’t many left overs of the ‘White City’. Houses with shiny, white facades are rather exceptional, most of the houses in the center of Tel Aviv are grey or brown, lots of them are about to fall into ruin. High humidity, heat and fumes do their remainder. I’m disappointed of the external Tel Aviv, because I can only recognize little parts of the former pearl of architecture, which was announced as world heritage by the UN-culture organization twelve years ago. But the charm of the city and its insights opens up to a very different and special way to me. Tel Aviv has something own, which attracts me magically. 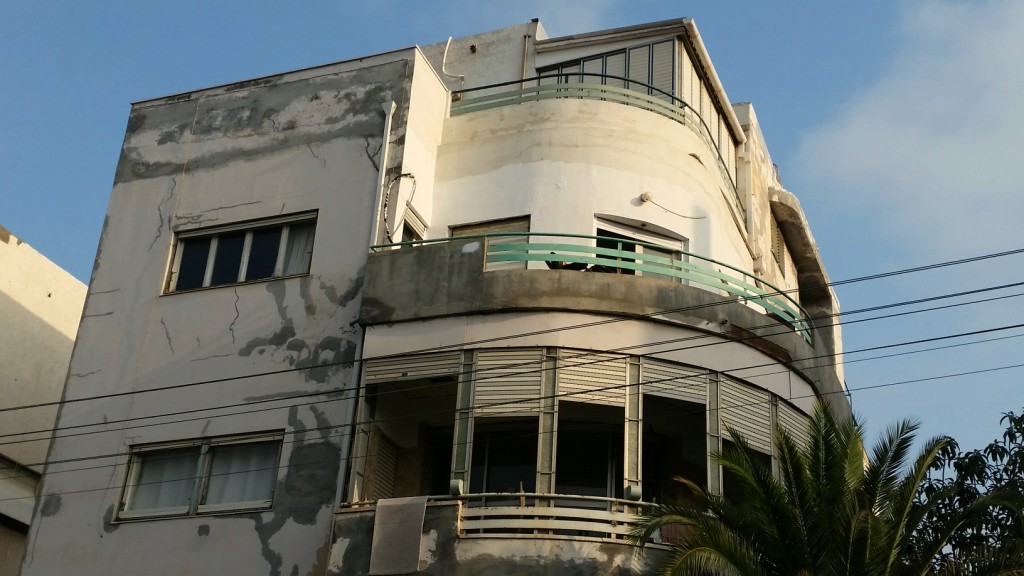 To create financial incentives in terms of reorganization measures, householders are allowed to top up the buildings by two floors

Walter Gropius, Le Corbusier and Erich Mendelsohn were the architects who shaped the famous Bauhaus-style in the 1920s and 1930s in Weimar, Dessau and Berlin. European immigrants – among 20 Jewish architects from Germany – established the Bauhaus-style in uprising Tel Aviv: because one needed functional apartments for all the new immigrants in Palestine, so that the Bauhaus principle “form follows function” was perfectly suitable. Between 1933 and 1948, 4,000 buildings arose in clear, rounded forms with straight lines in the former desert. It is therefore a unique Bauhaus-Ensemble with more houses, than in Weimar, where the Bauhaus has been founded, and also than in Dessau, where it later moved to. 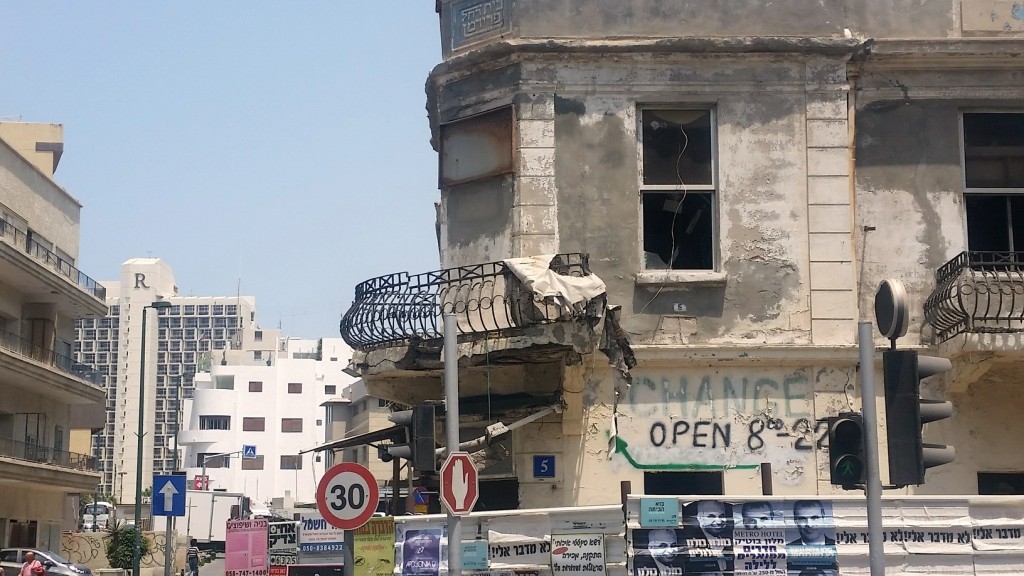 What a contrast: in the background a newly renovated house, the front building is threatened to lapse

In the summer it gets incredibly hot in Tel Aviv. Temperatures over 40 degrees are not from great rarity. Constructing in the Middle East therefore requires a different style than in Europe. Accordingly, architects consider generous balconies and horizontal slots in the balustrades to enable air circulation. 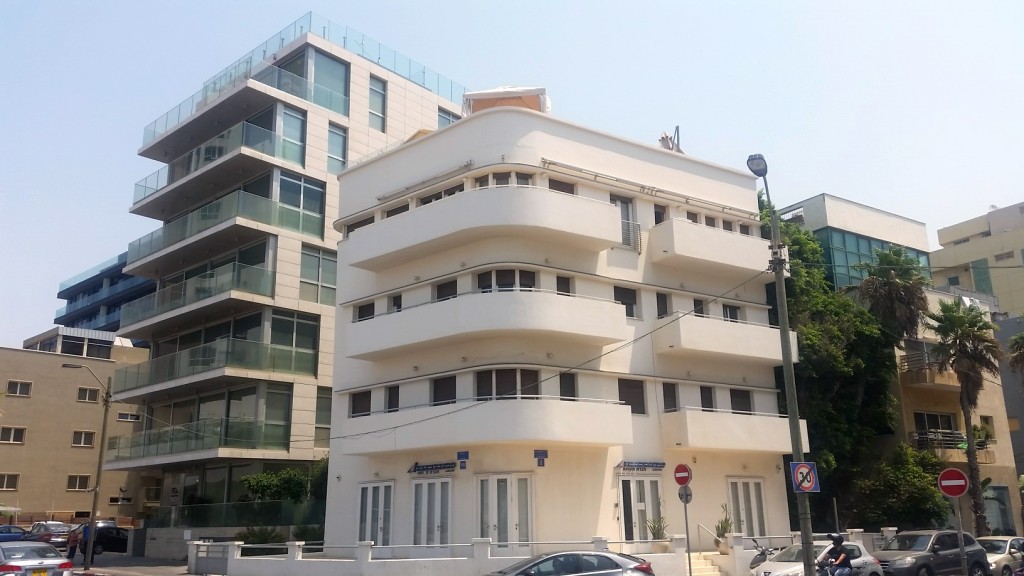 Only 1,600 to 4,000 buildings already got renovated – by now without any financial aid from the state. It’s the responsibility of the respective owner, to refurbish the houses. By now help has been announced from Germany: Barbara Hendricks, Minister for Construction, made a funding commitment of 2.8 Million Euros. I’m asking myself why no one acted earlier, to preserve the unique treasure of architecture of its complete decay. The UNESCO warned Israel earlier, that the world heritage could also get deprived again. Now Israel seems to be finally awake. BvH 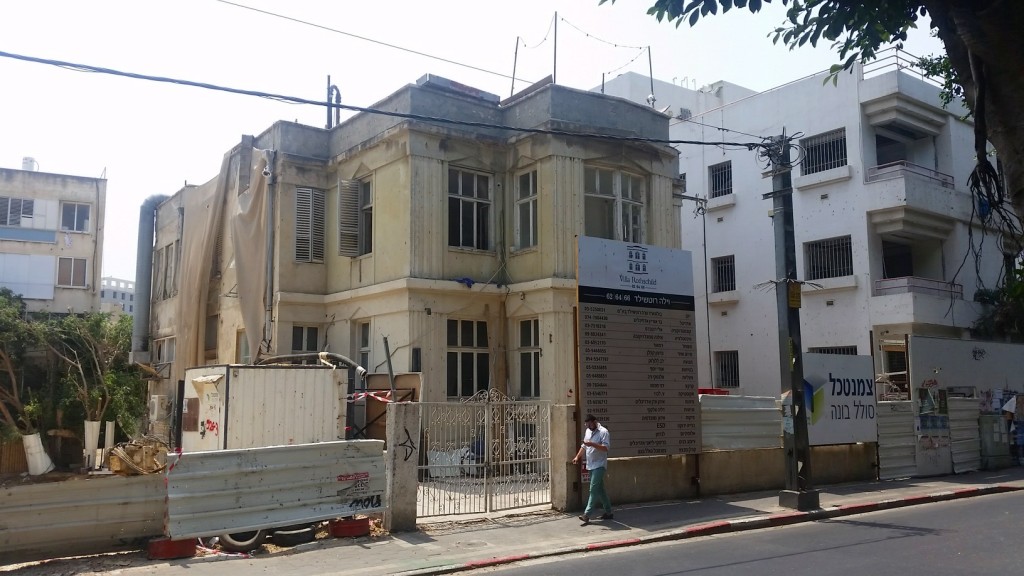 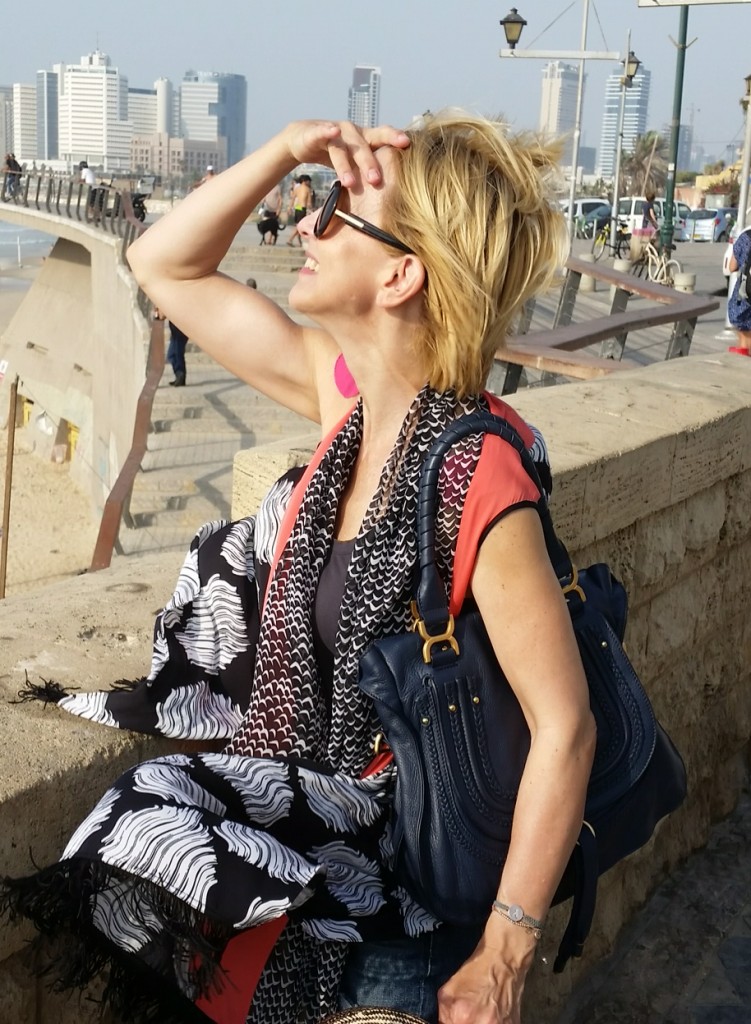 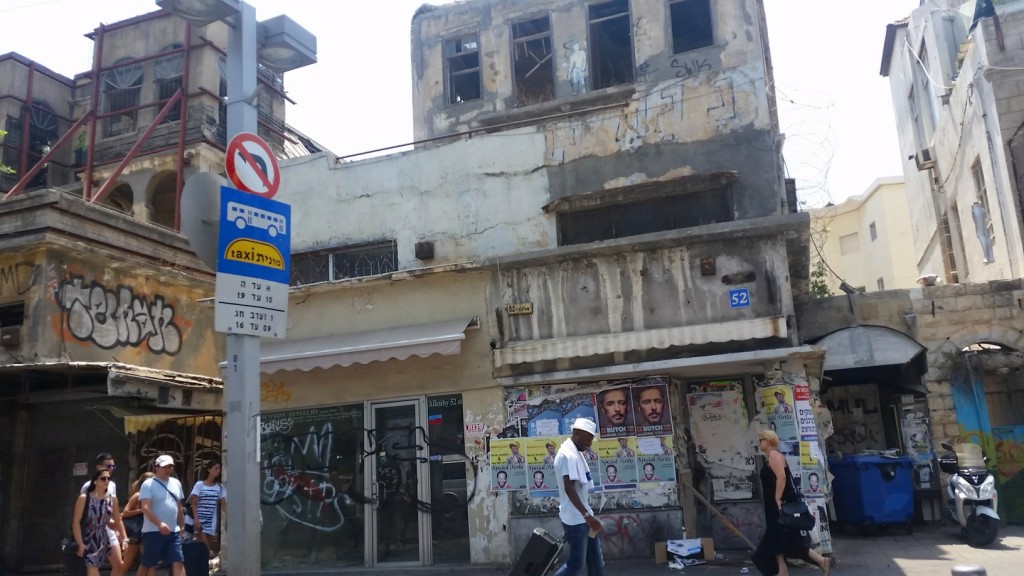 Often I saw, that higher floors of a house are likely to ruin, but stores on the ground floor still open 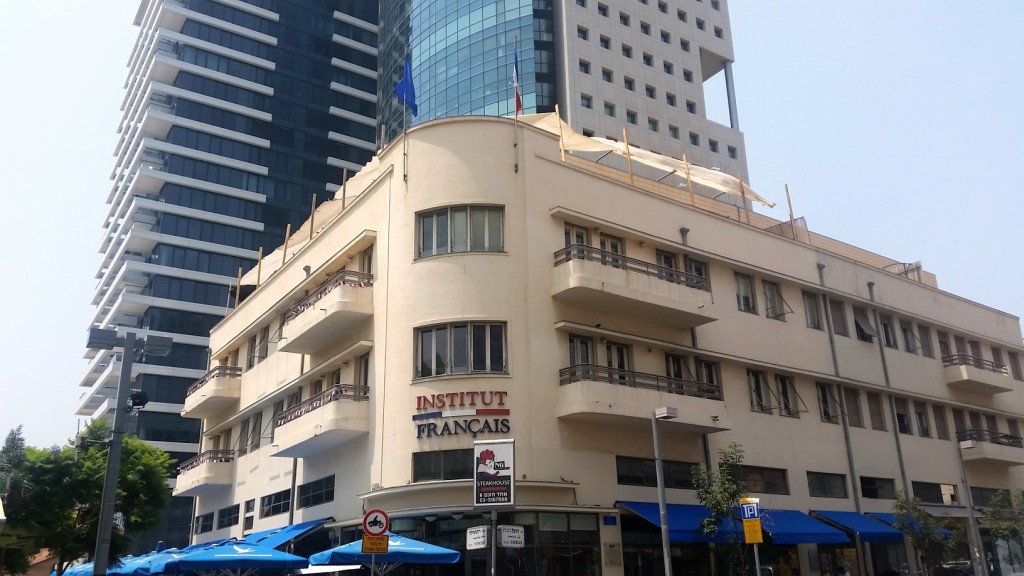 The institute Francais on Rothschild Boulevard 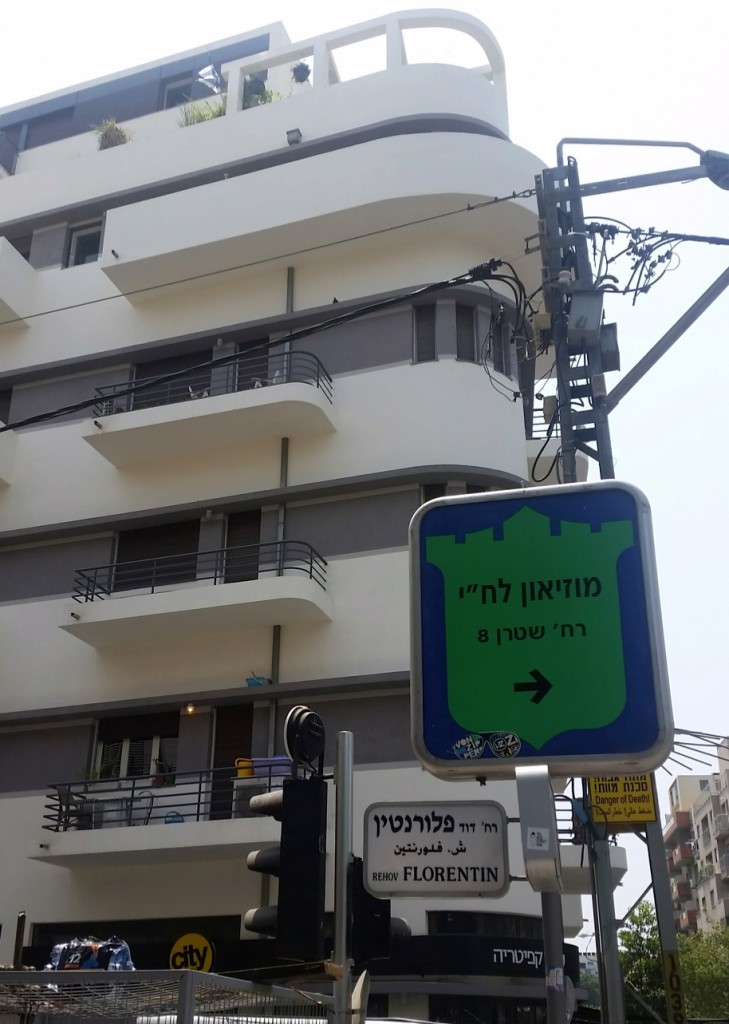 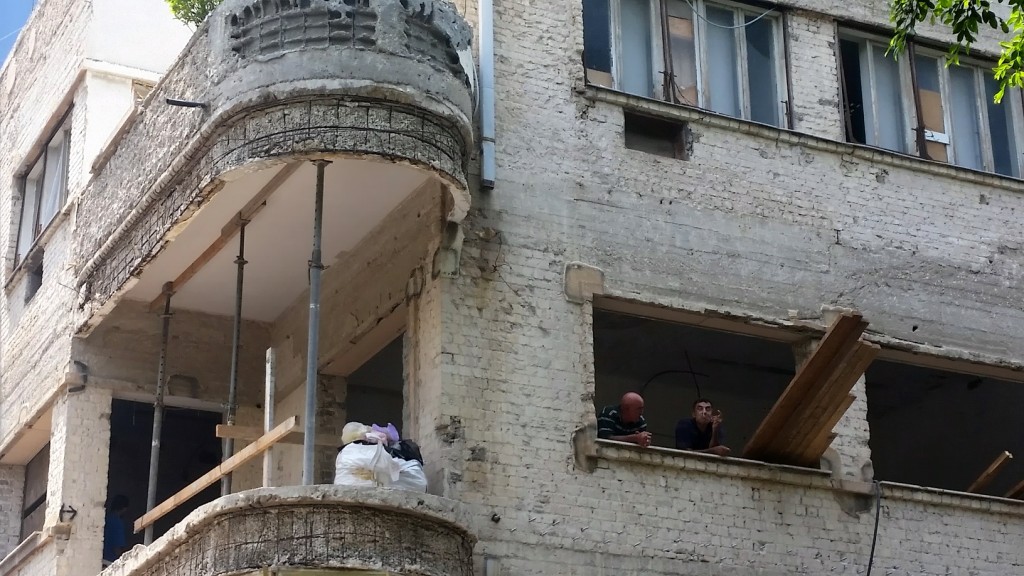 Awakening: This house had to wait years for his redevelopment 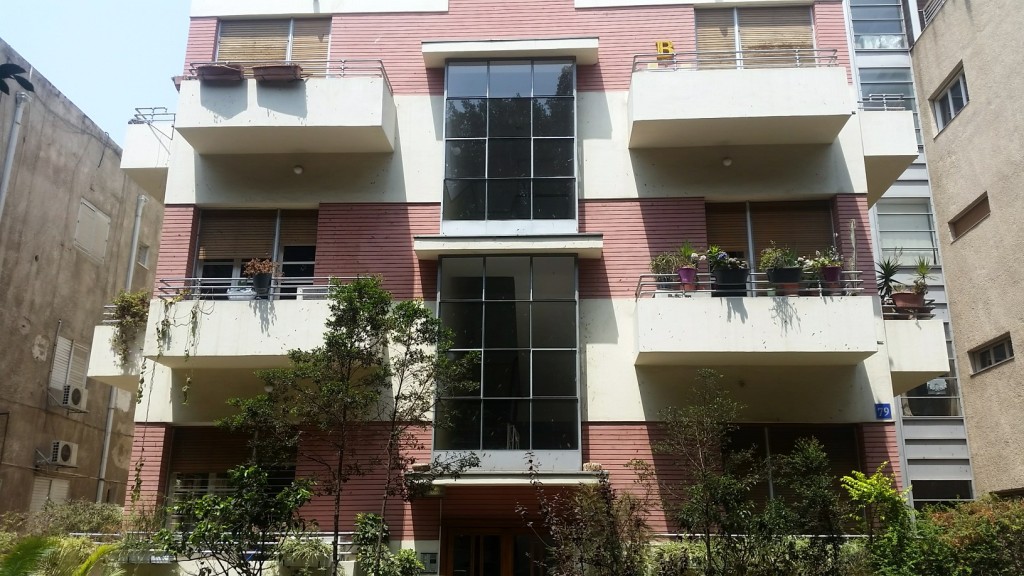 The decay of a world heritage 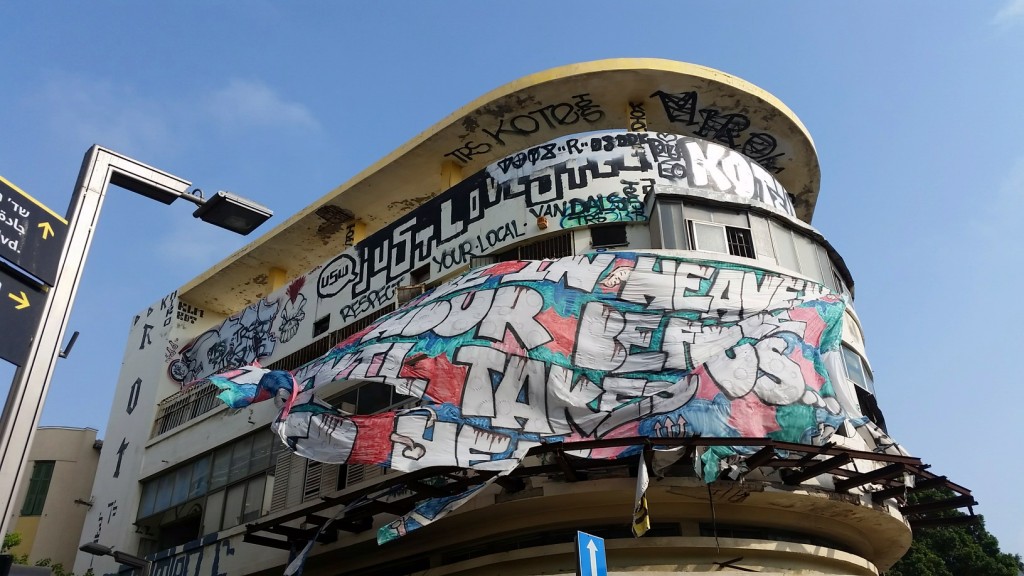 A pearl of architecture decays – the graffiti scene has taken over 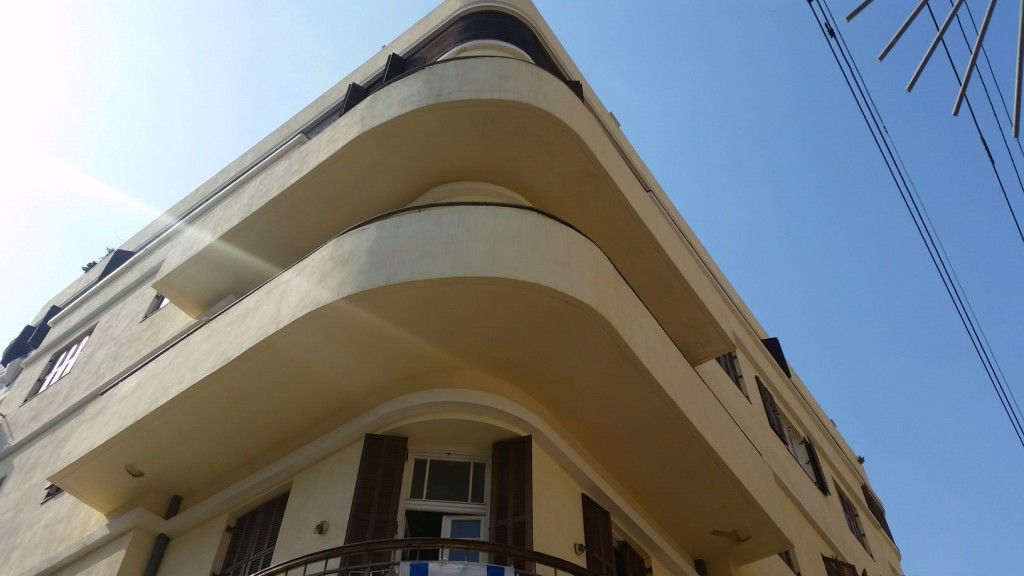 In the 1930s and 1940s, immigrants partly brought building materials from Germany. As Jews were not allowed to carry out money after 1933, they bought tiles, shutters and other things – to create a new homeland 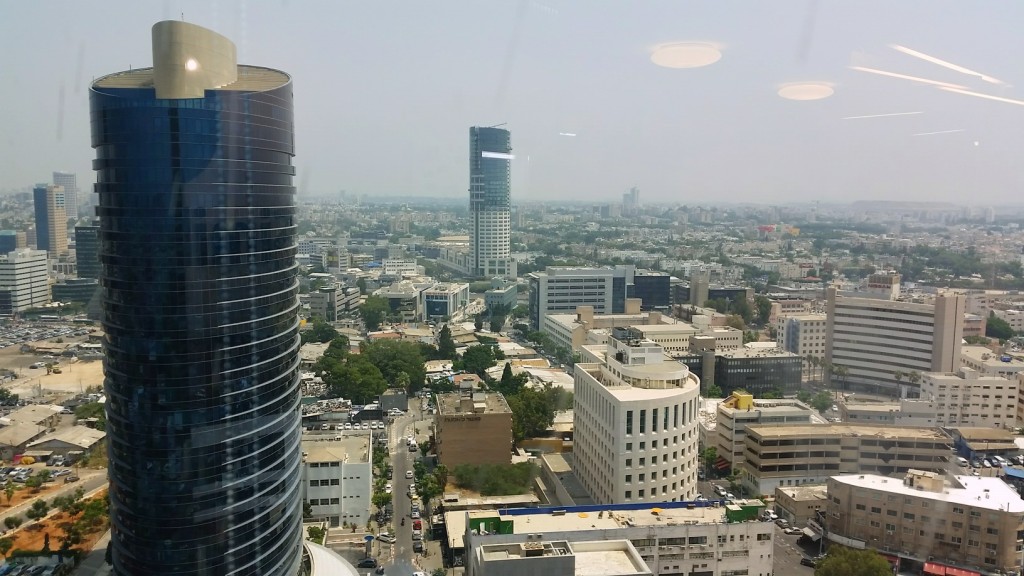 Tel Aviv from above: View from the Levinstein Tower 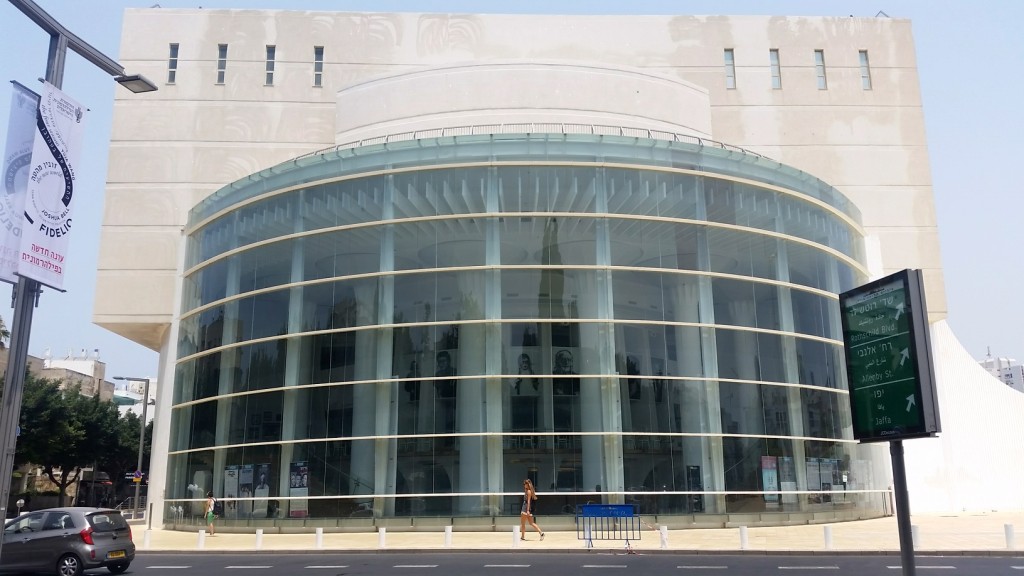 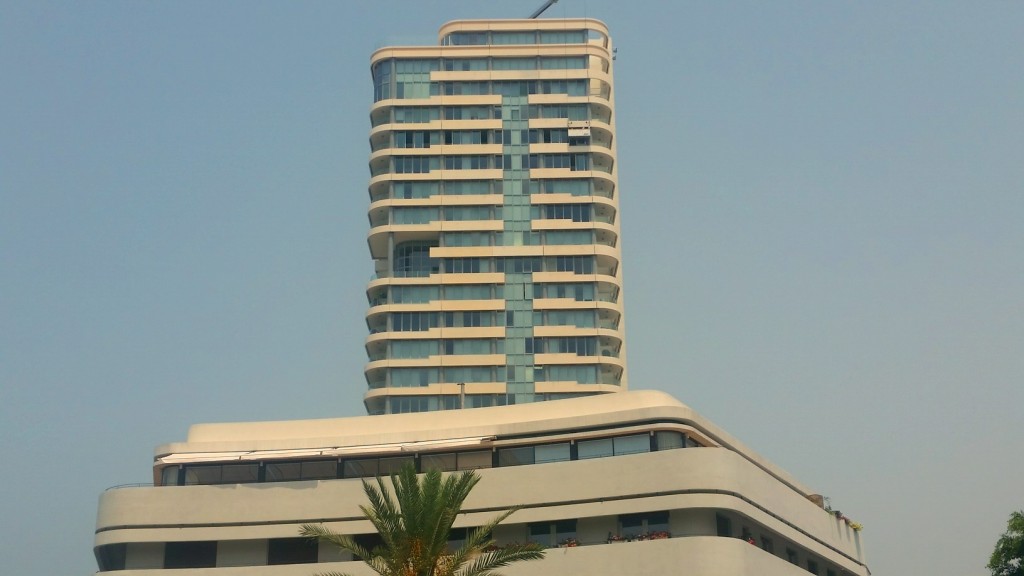 Old and new buildings in harmony on Dizengoff Square 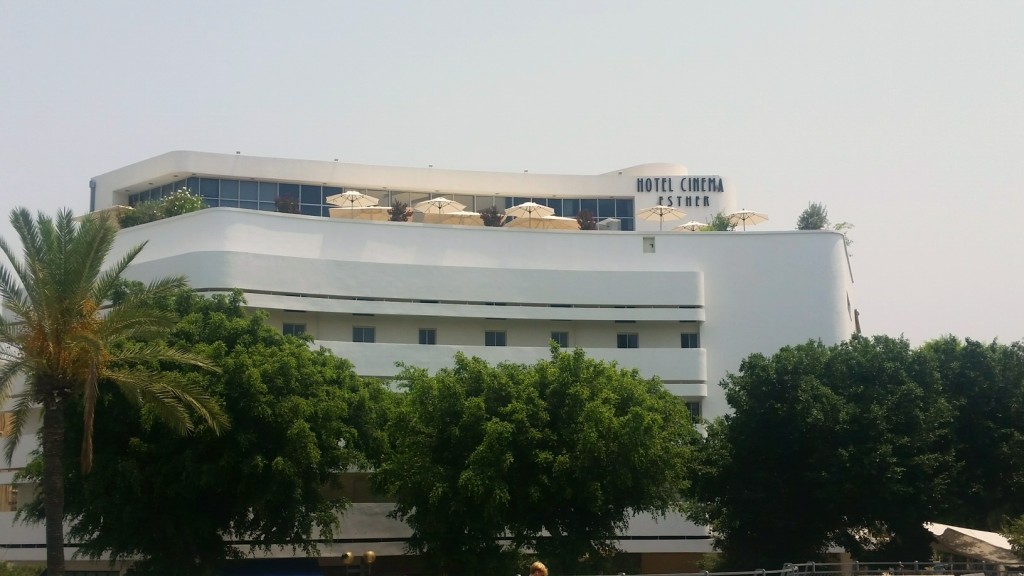 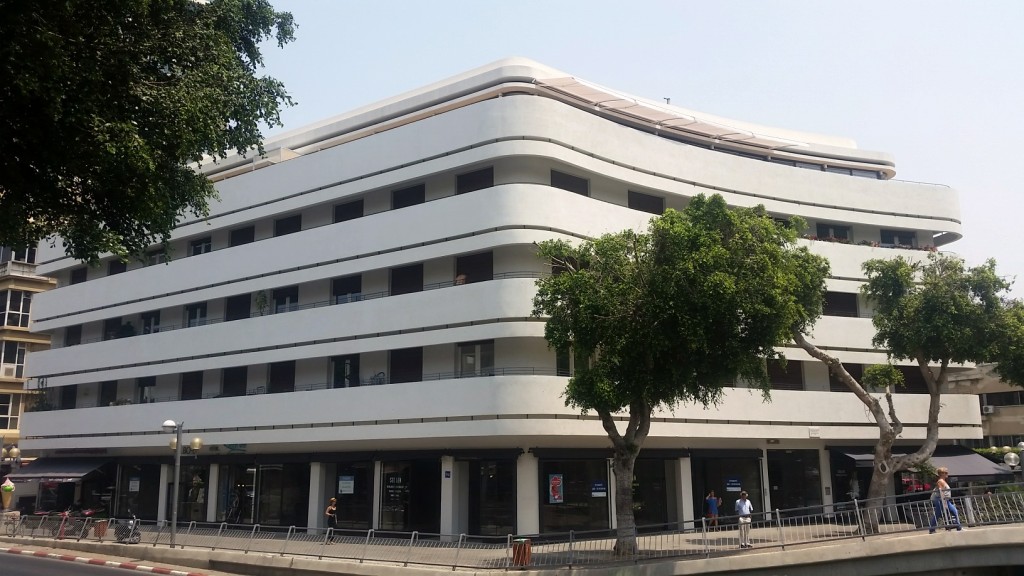 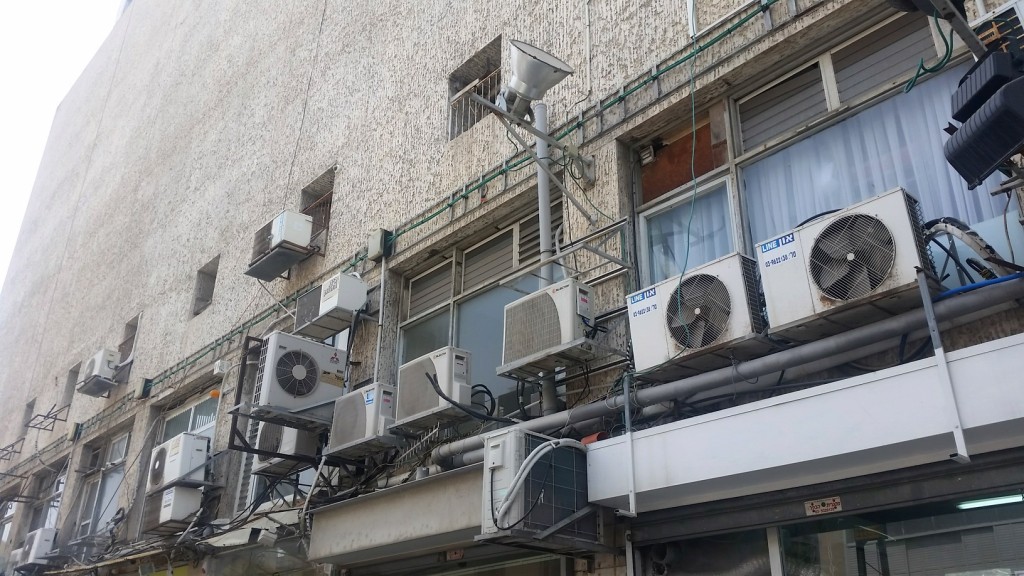 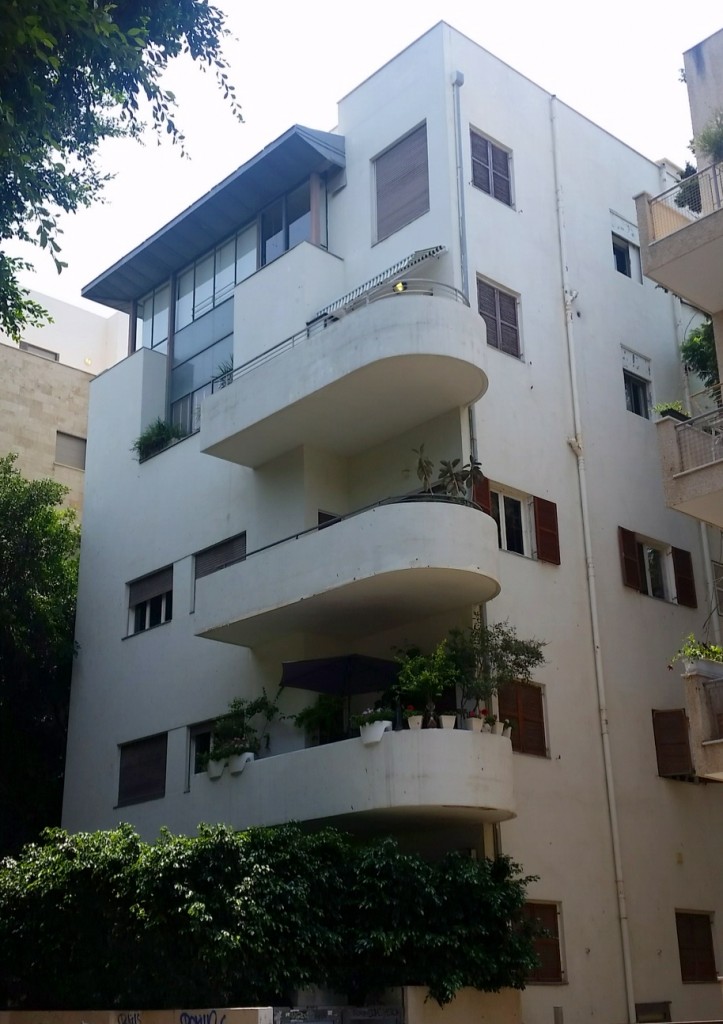 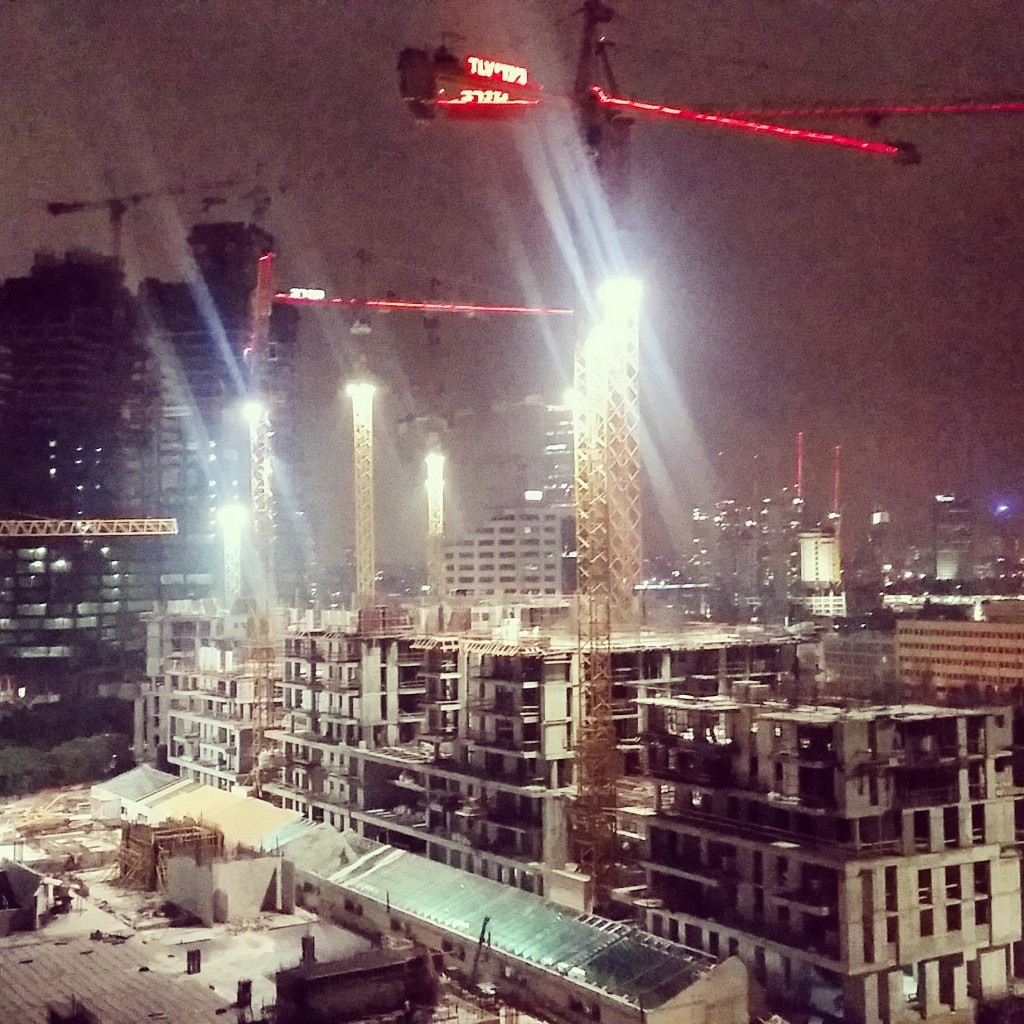 Tel Aviv stands still since its establishment in 1909. Today, the city seems to equal a construction site in many districts 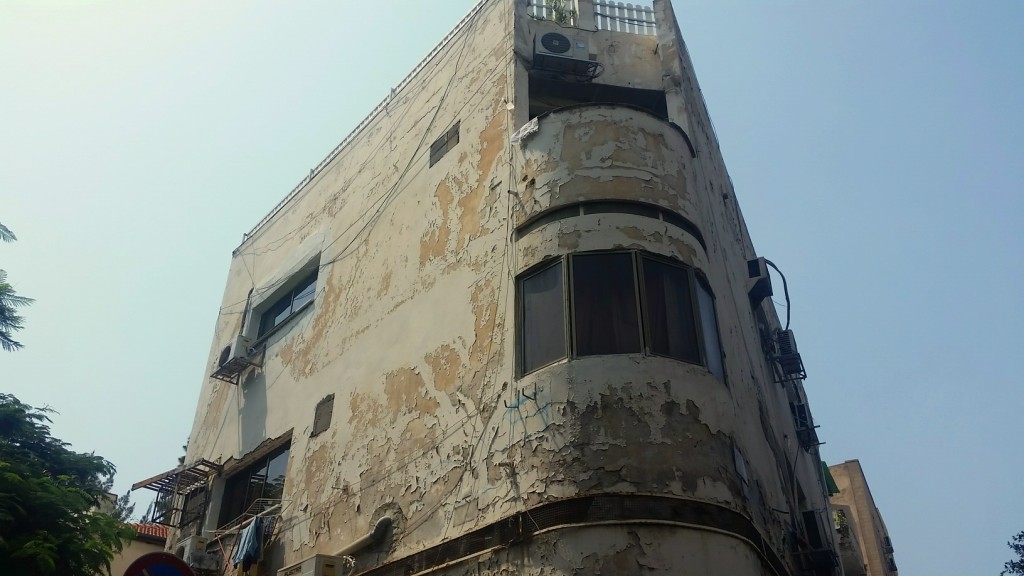 The heritage of the European immigrants, who set up their new home in Israel, is threatening to decay 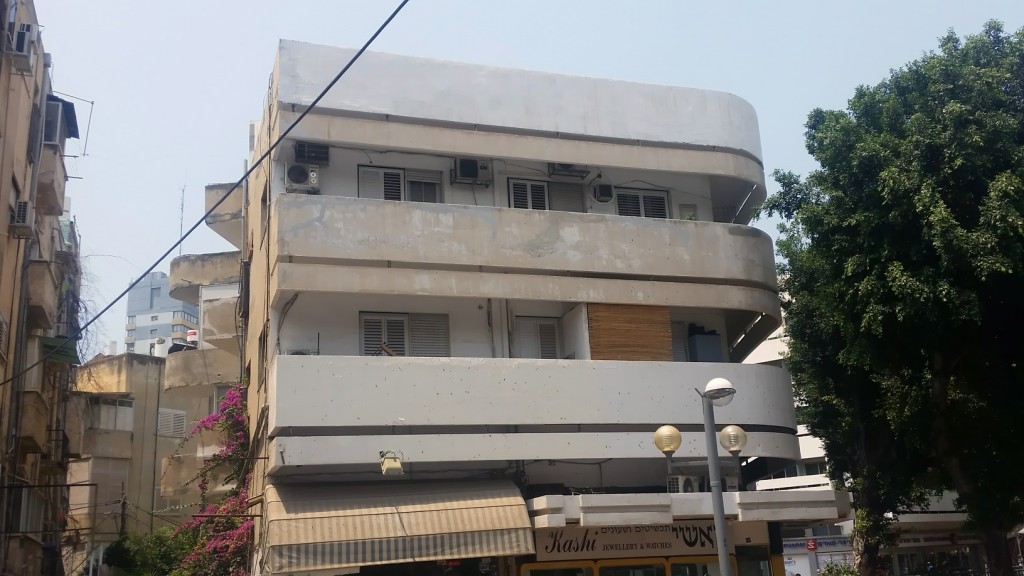 The humid air, that breeze from the Mediterranean Sea into the town, speeds up the flaking of the plaster 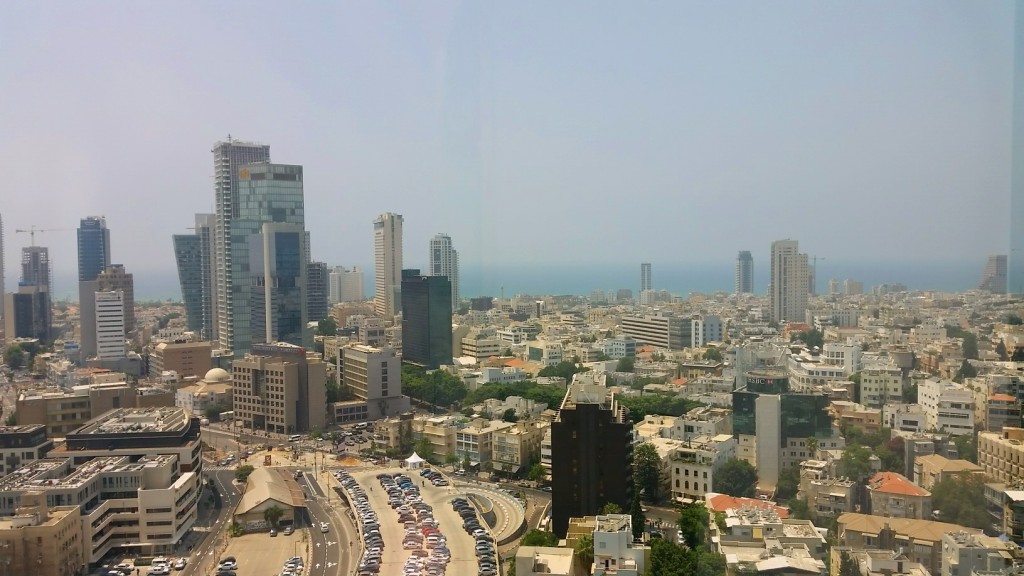 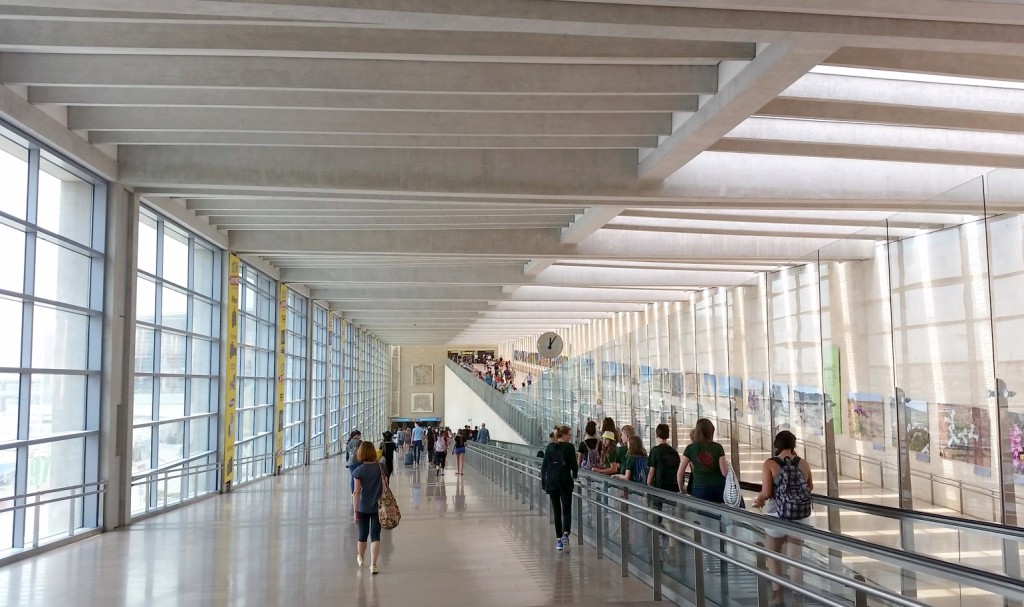 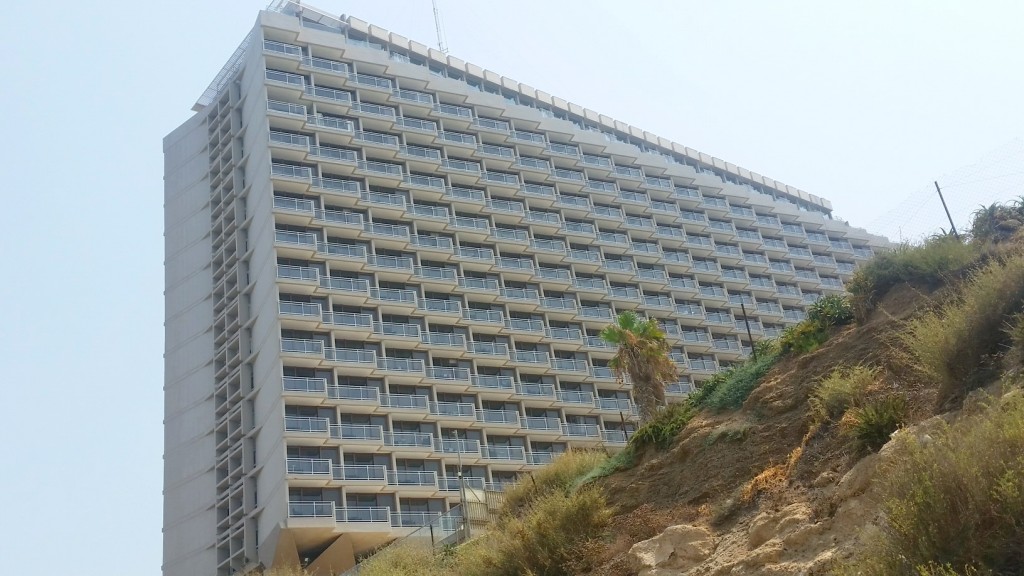 It’s nearly good again: A relict from the late 60s: the Hilton Hotel in Tel Aviv, wonderfully located in the Independence-Park next to the promenade