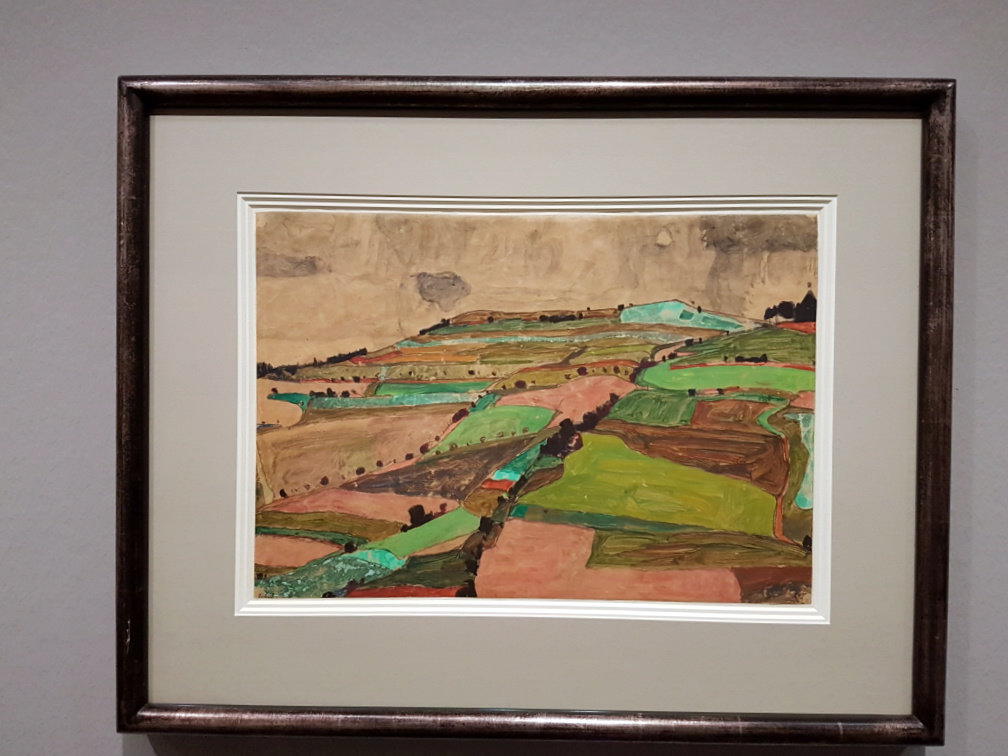 During my last visit to Vienna, I went to the current special exhibition by the painter Egon Schiele. The Vienna Albertina has one of the largest collections of Schiele. At the beginning of the 2018 commemorative year, which marks the 100th anniversary of Schiele’s death, the Albertina now presents a comprehensive exhibition from its collection of Egon Schiele’s work. It presents 180 of his most beautiful gouaches and drawings, dealing with themes such as the existential loneliness of man in drastic contrast to the values ​​of the society of Fin de Siècle. 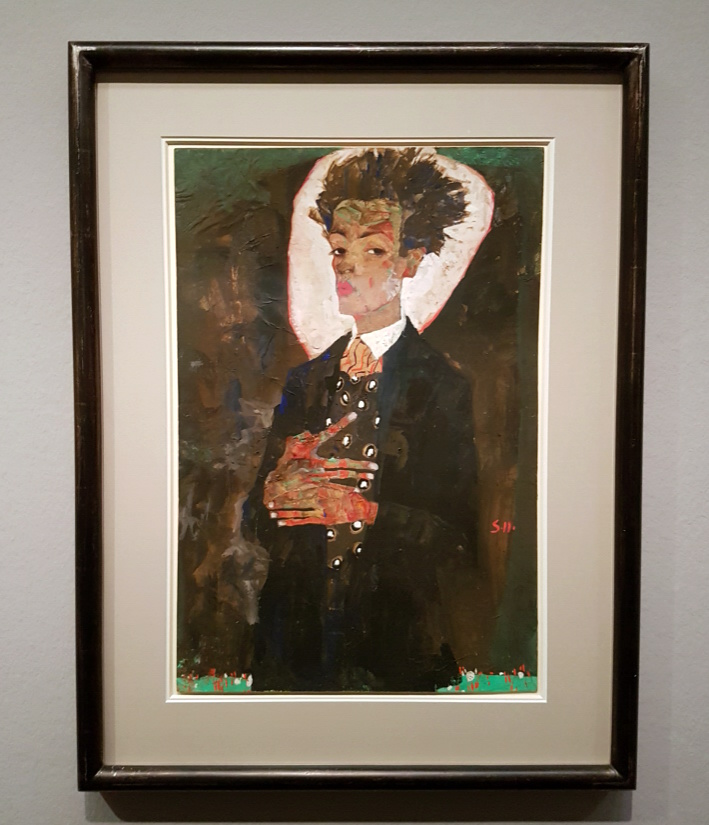 In addition to his memories of the time in the Austrian town of Krumau and various self-portraits, the Schiele exhibition contains numerous representations of children and acts of young girls. The children came from the street, from the working class milieu and Schiele staged them in his pictures as “aesthetic material”, not as an idealized form of eroticism. Although surprisingly many artists of his time – including the painters Oskar Kokoschka and Gustav Klimt – paid homage to the ideal of the child. In my opinion, this kind of representation has something disturbing and abnormal. 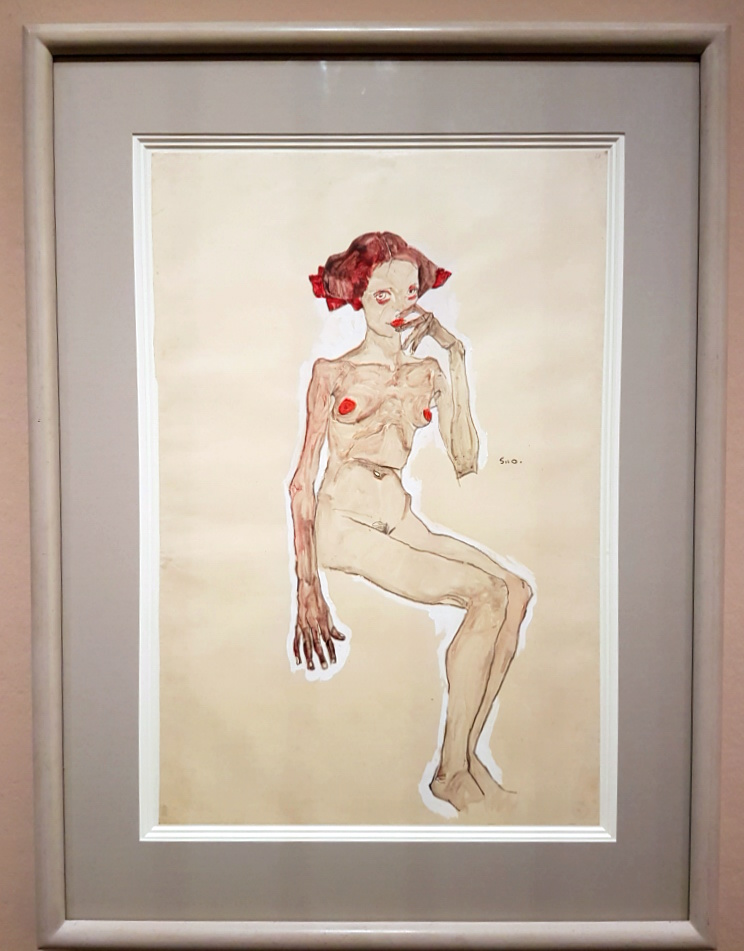 At the same time Schiele’s drawings reveal the suffering and the adverse living conditions of the poor population in the nineteenth century. His pictures are not pleasing, but go away from the aesthetics of the beautiful to the ugly. While Schiele is regarded as part of the artistic and intellectual elite of the turn of the century, the staging of the exhibition in the Albertina follows a different principle: large, floating pictures confront the artist’s radical work with the reality of his environment. They form the real background, which illustrates the discrepancy between Schiele’s work and the surrounding society. And that is equally impressive and shocking. BvH 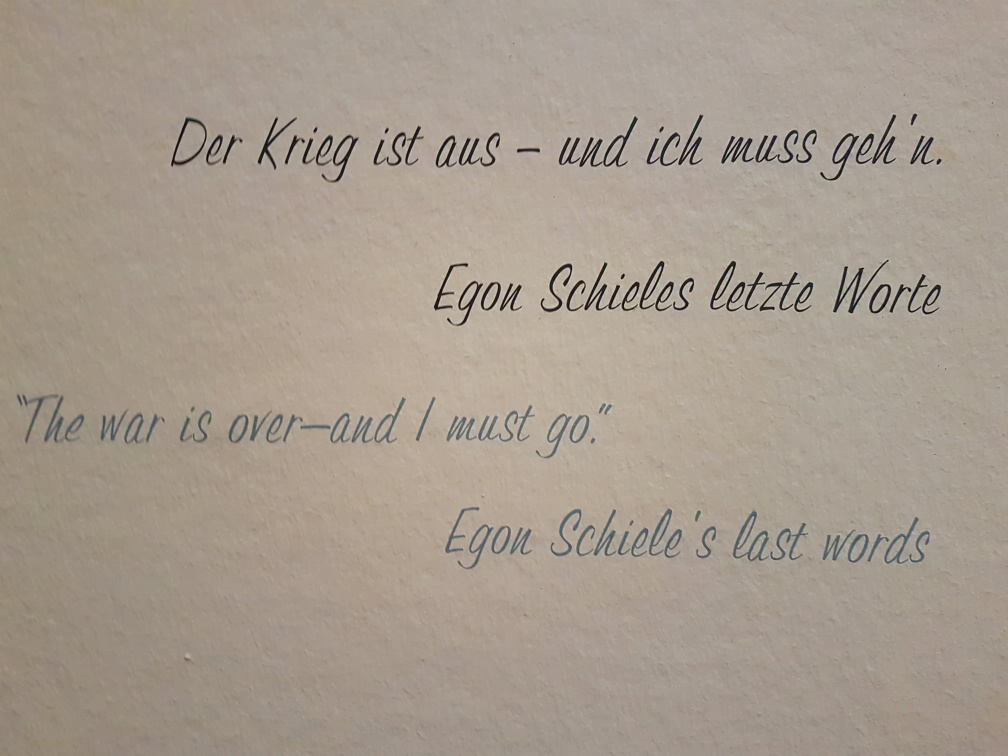 Egon Schiele was born in 1890 in Tulln, Lower Austria. Early on, his painterly talent became apparent, and he was admitted to the Vienna Academy of Fine Arts in 1906, with just 16 years. After two years, Schiele left the academy – disappointed with the rigid Academy Day – and founded the Viennese Neukunstgruppe with some fellow students. In 1911 he moved from Vienna to Krumau, together with his most famous model, the then 17-year-old Wally Neuzil. An artistically productive period began. The old town of Krumau became Schiel’s favorite motif. His lifestyle, however, was regarded as offensive with Wally because of the “wild marriage”. The visits of children to Schiele’s studio brought him to trial for alleged abuse for 24 days.

In 1912 he returned to Vienna. Thanks to his patron and paternal friend, the painter Gustav Klimt, he was able to re-establish himself quickly in Vienna and again enjoyed great success in the Austrian art scene. In 1915 Schiele married his longtime friend Edith Harms. Edith demanded from Schiele the break with Wally Neuzil, which he did, with heavy heart. In 1918 Egon Schiele was dedicated to the 49th exhibition of the Vienna Secession, where he exhibited 19 large paintings and 29 drawings. Toward the end of the First World War the Austrian capital was overrun by the Spanish flu. Edith Schiele, who was pregnant in the sixth month, succumbed to this illness in the autumn of 1918. Schiele had stuck up and died only three days later with only 28 years. 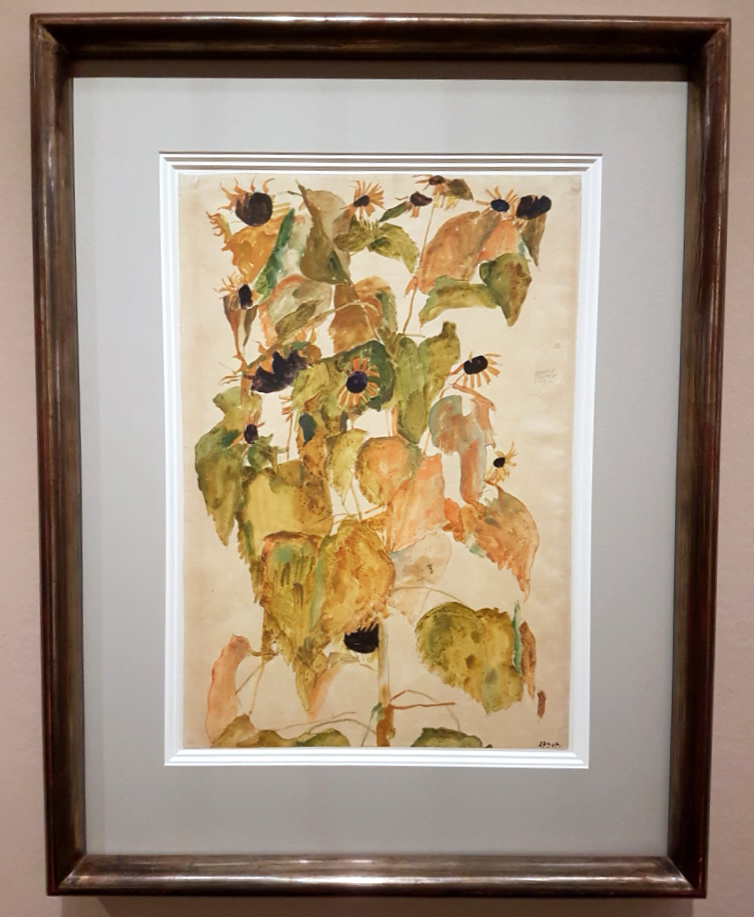 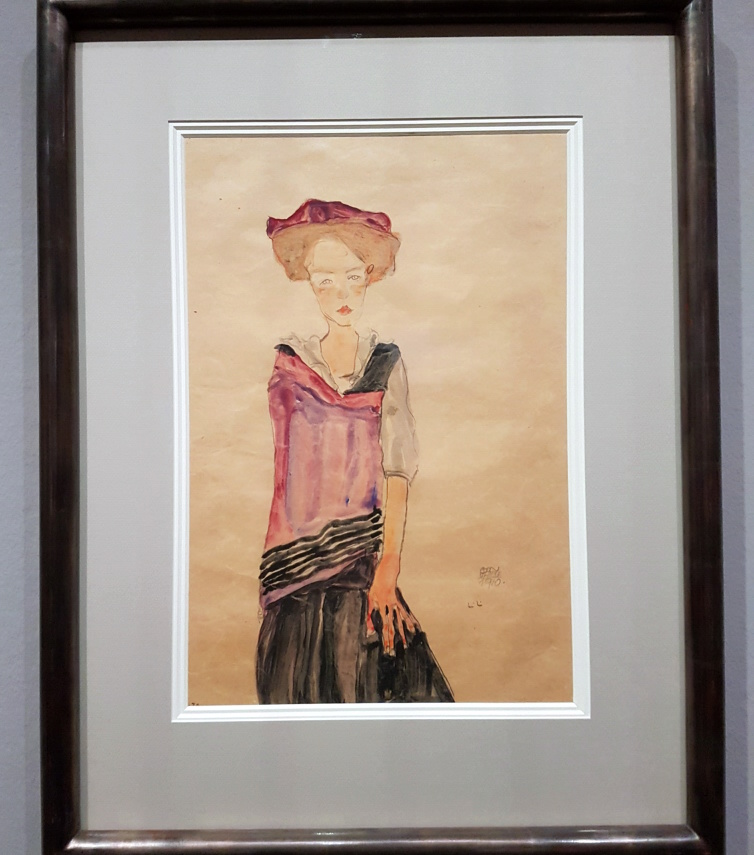 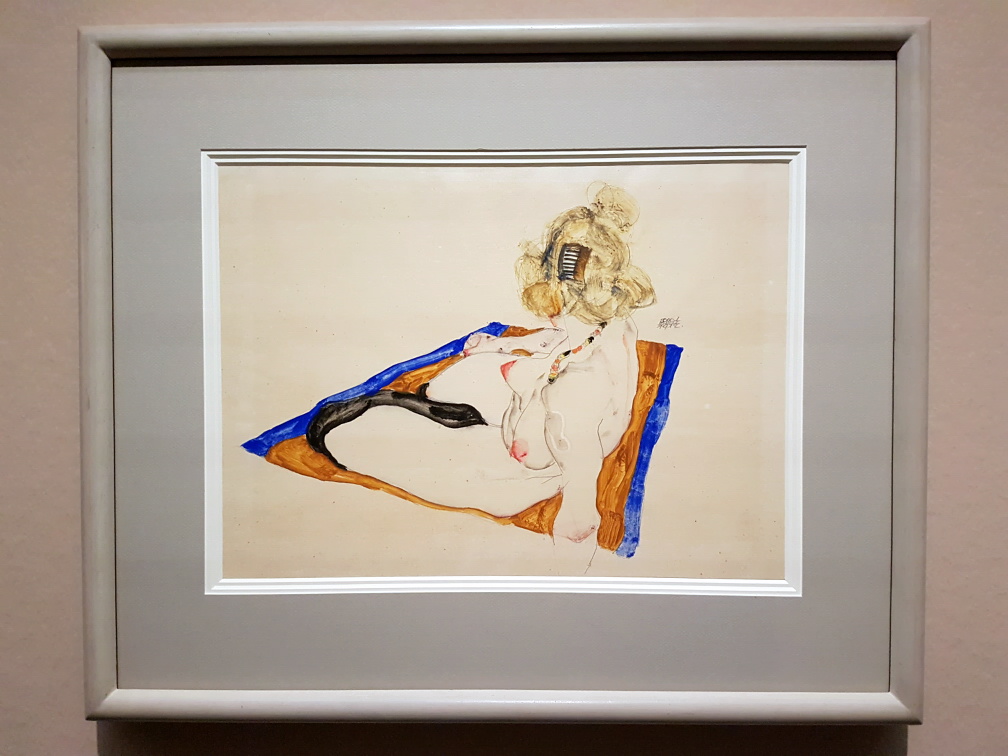 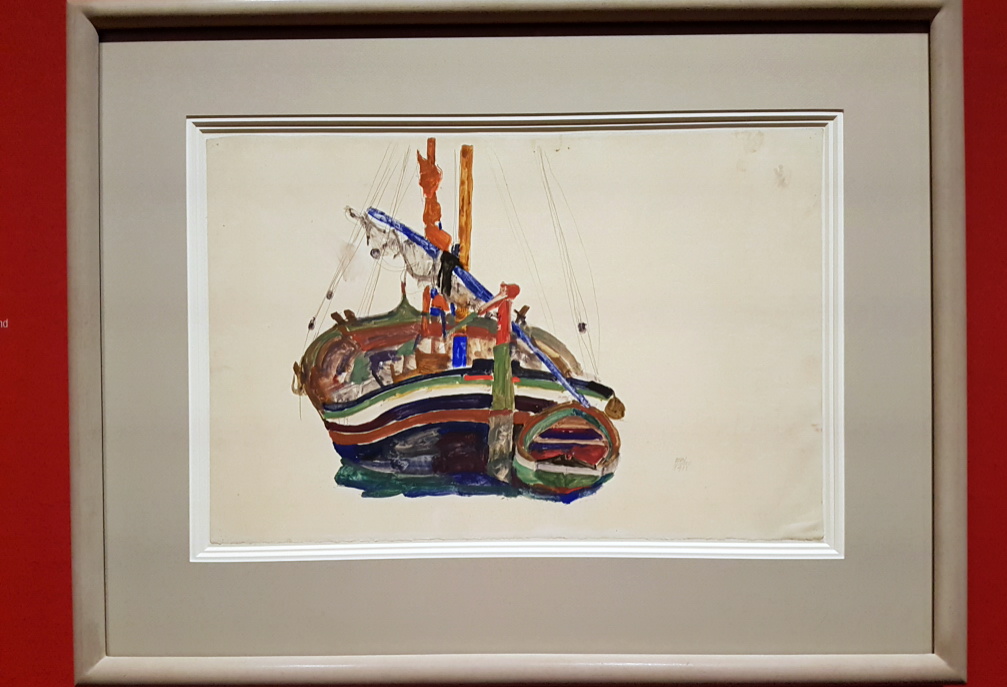 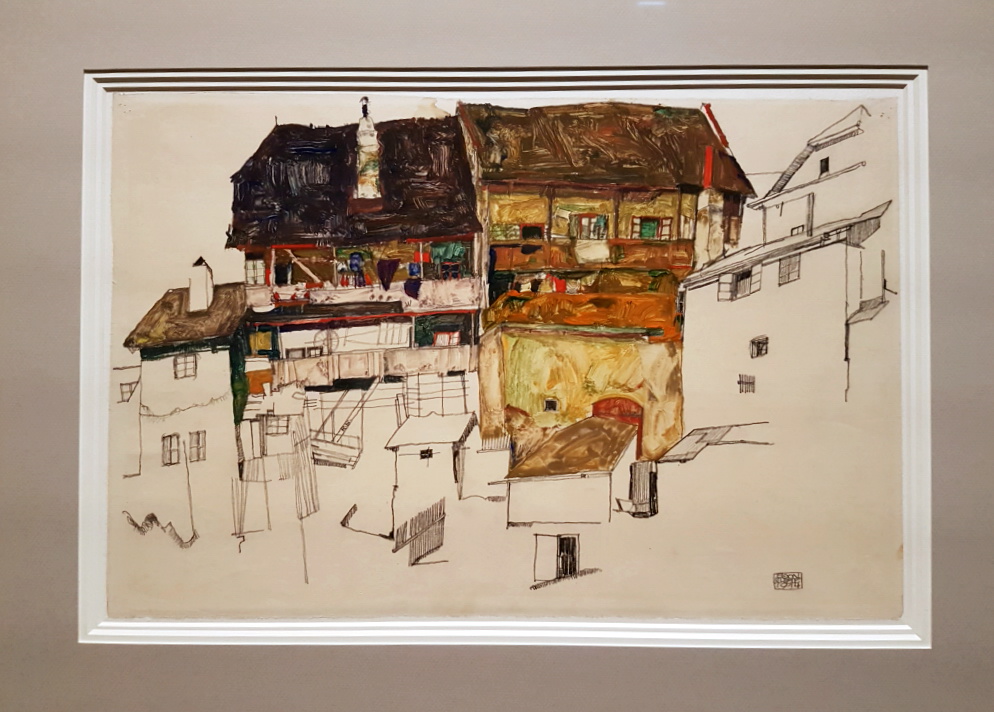 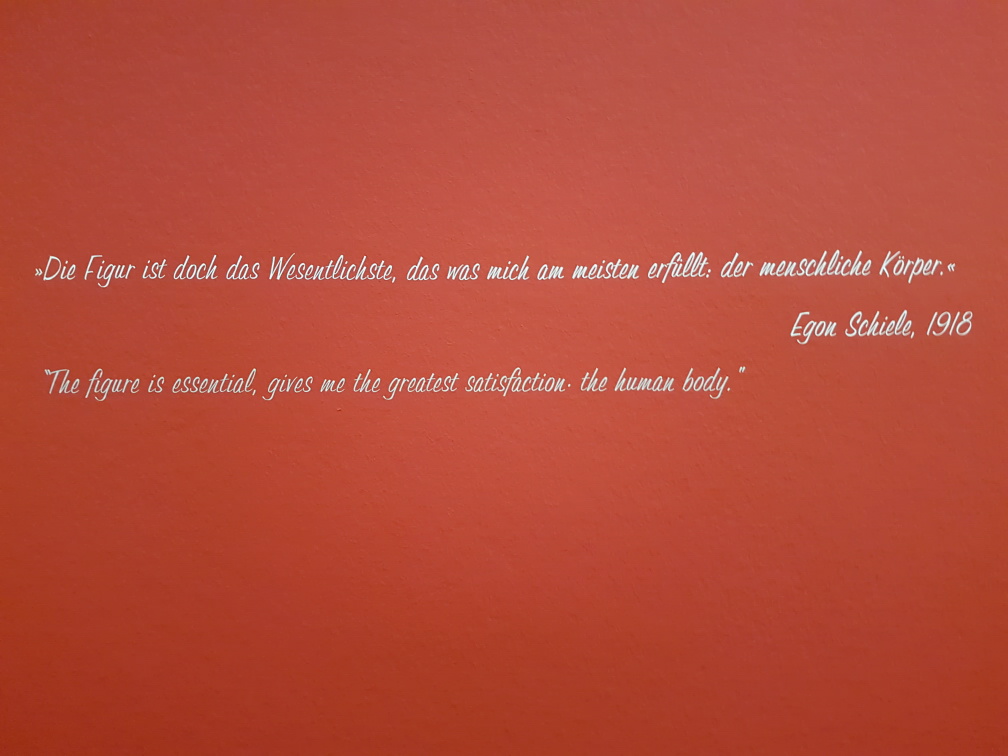 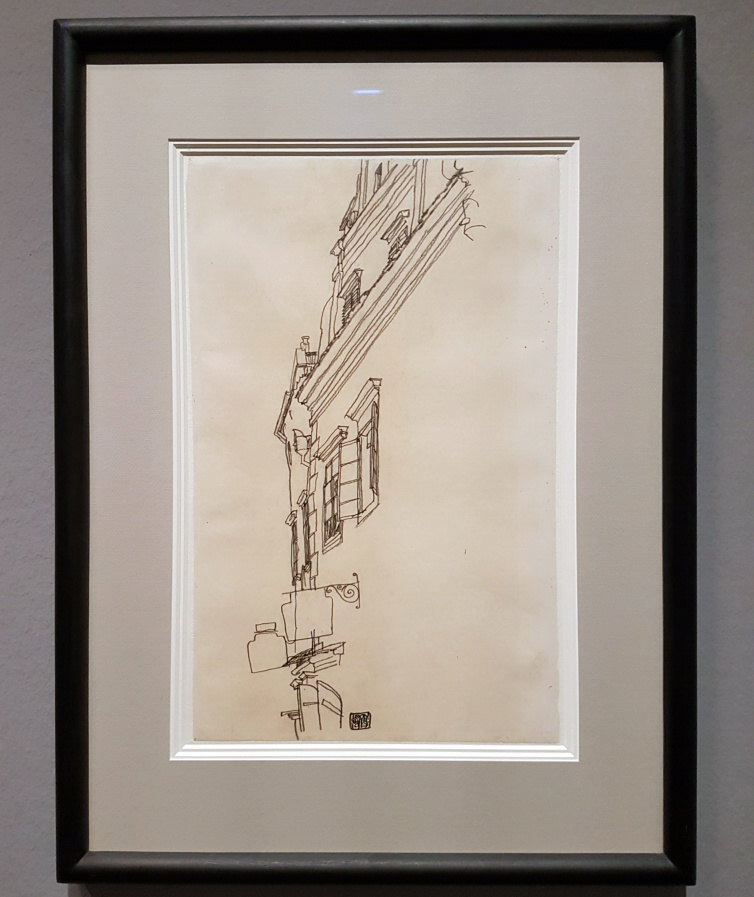 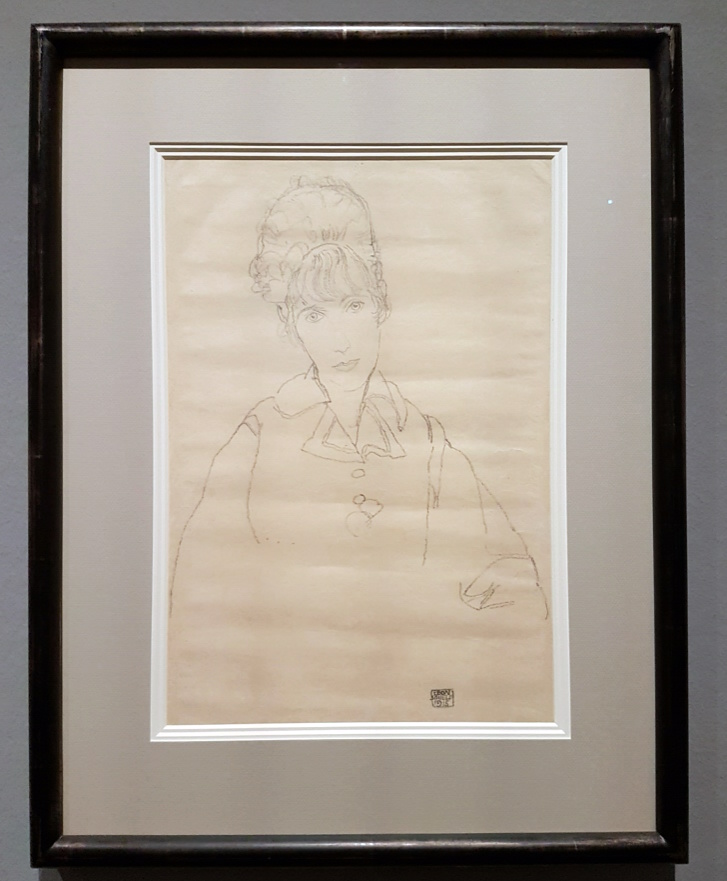 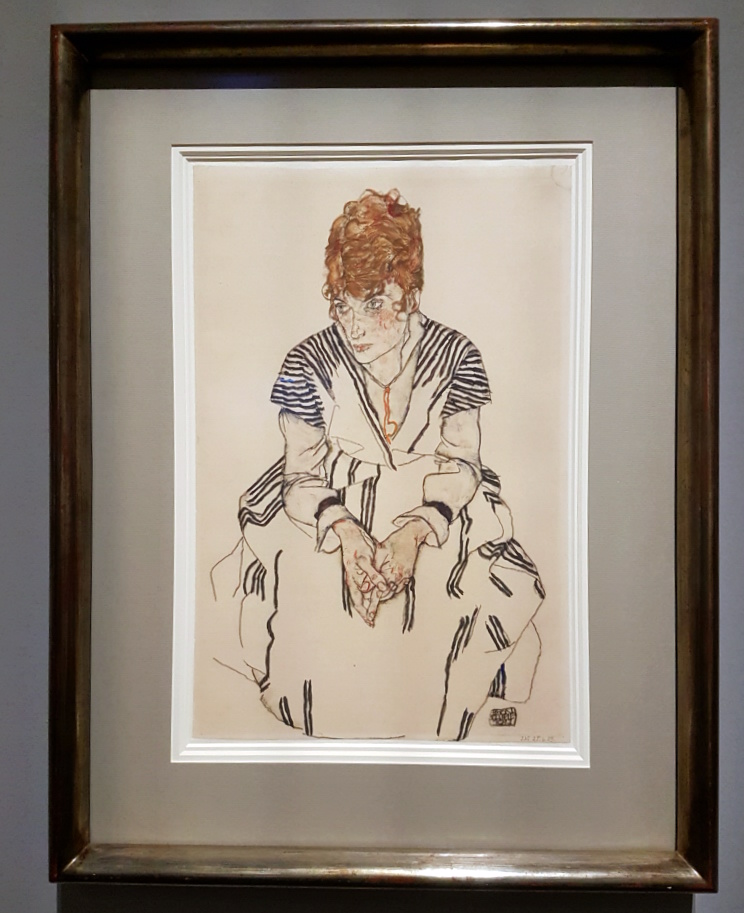 … and her Sister Adele Harms 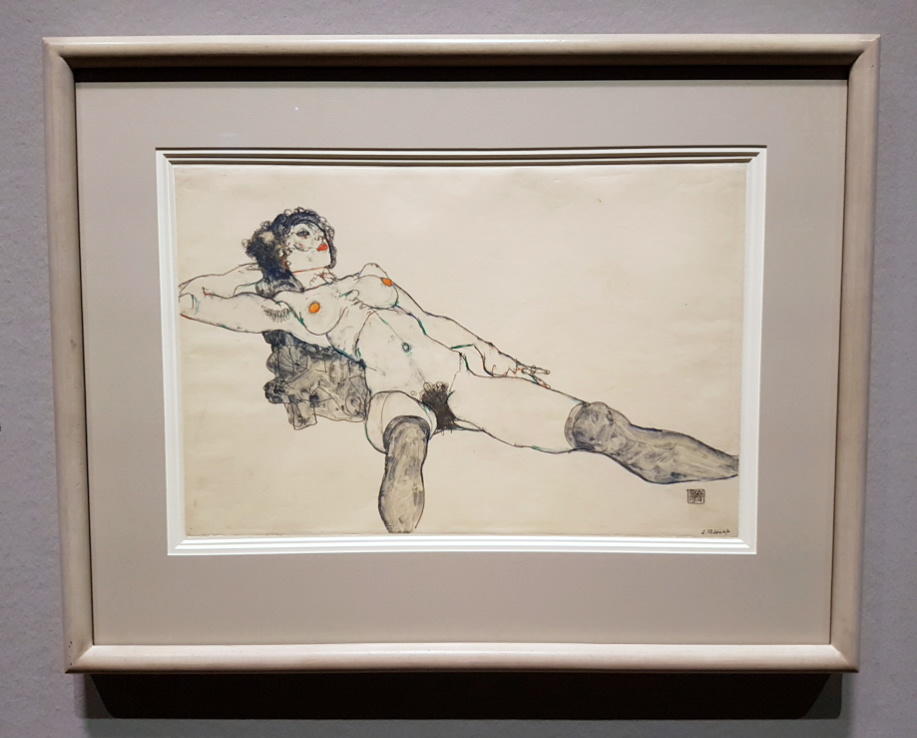 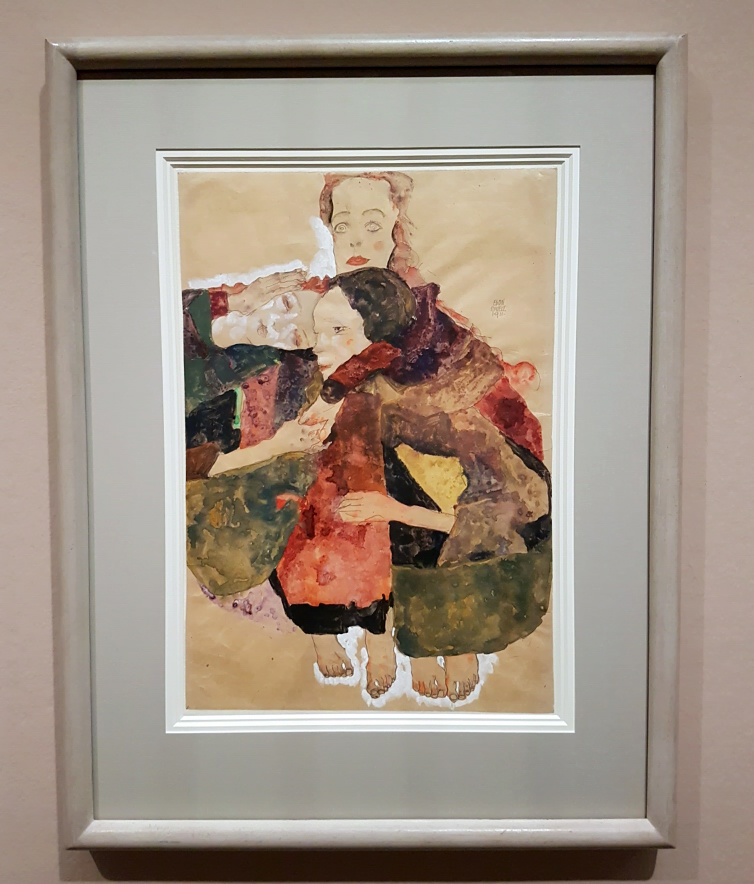 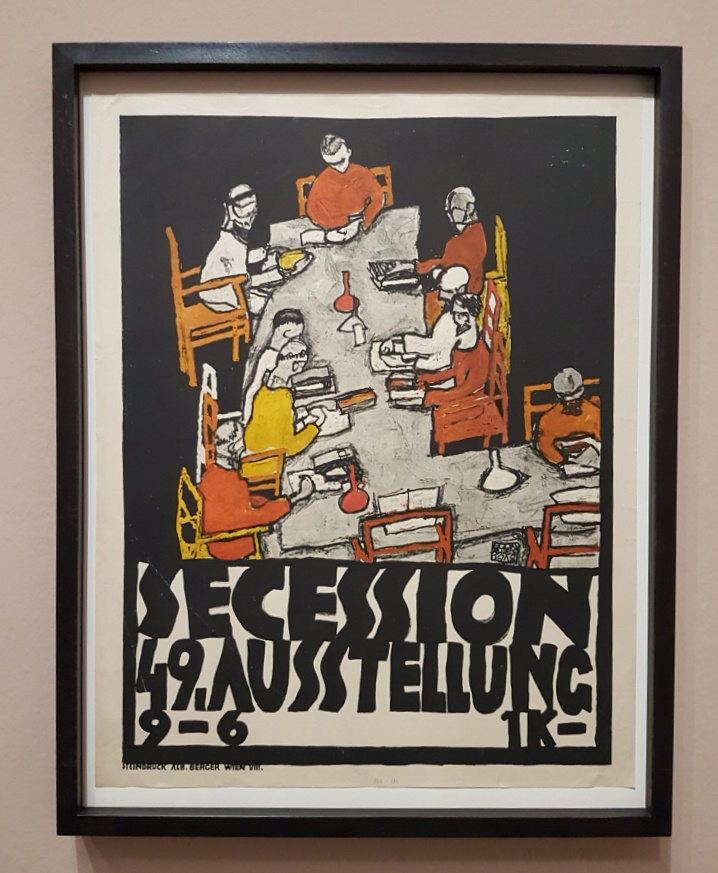 Poster of the 49th Exhibition of the Secession, 1918 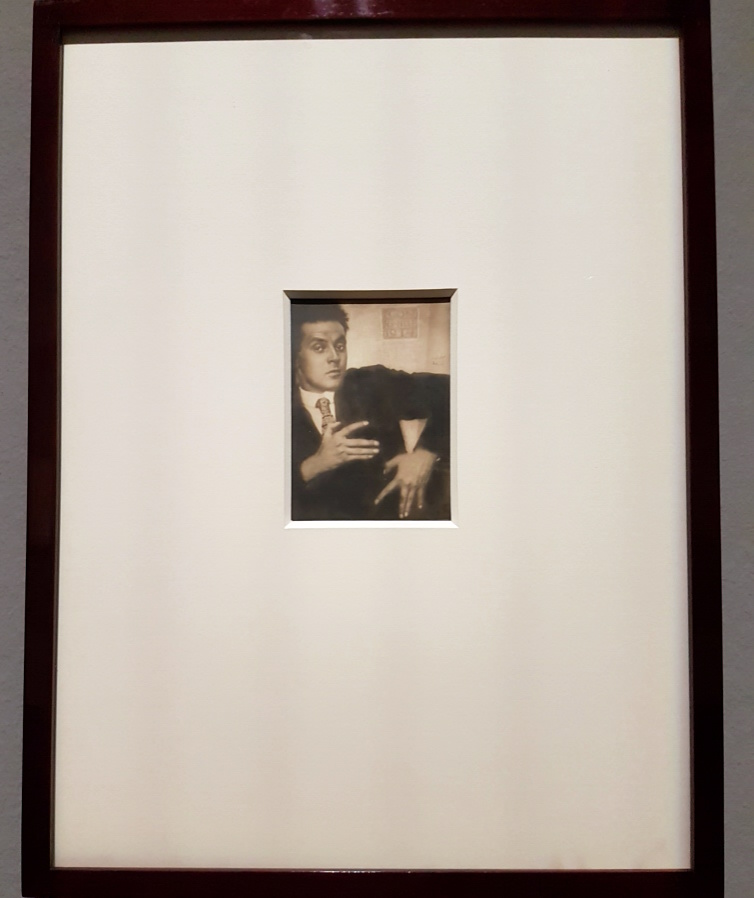 Egon Schiele in the Albertina

Tom Jacobi-Exhibition “Into the Light”
What: Gallery Weekend in Berlin and the exhibition „Into the…