What: The Battery, Private Member Club and Hotel
Where: San Francisco, USA 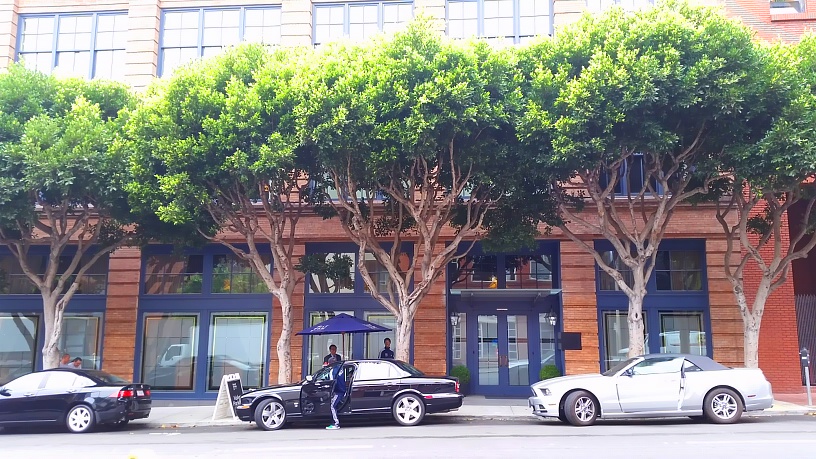 The Battery – Private memberclub in a former marble factory in San Francisco: discretion inside and outside

What do you do if suddenly you are richer by $ 850 million? This question had to be faced by the British entrepreneur Michael Birch and his wife Xochi 2008, when they sold their social network startup ‘Bebo’ to AOL, which in England, Ireland and New Zealand was bigger than Facebook. The studied physicist and the business owner did not have to think long. Michael and Xochi love English pubs and bringing together people. And where can both be better united than in a private members club? How the Germans love their lives membersclubs, so love the English their club culture: apparently a genetic predisposition. Thus, the art-loving Internet-millionaires bought a turn of the century-factory in the Financial District of San Francisco, renovated the five floors, the new home of The Battery. 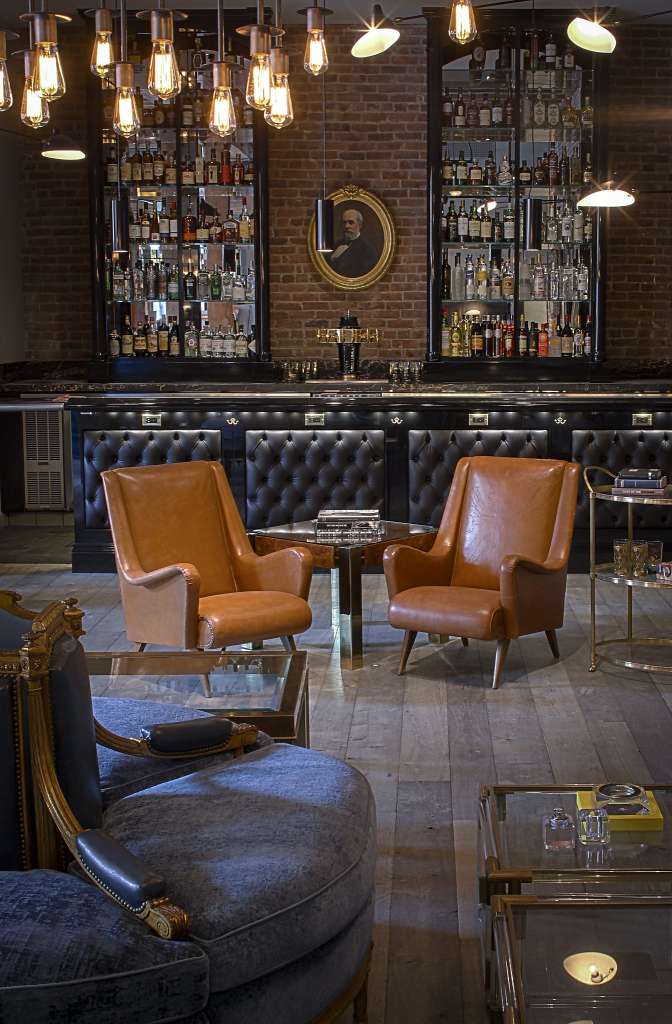 Livingroom and bar in The Battery*

Where marble used to be processed, The Battery has been living in the street of the same name near the waterfront with its piers for three years. An elegant club on over 5,000 square meters with restaurant, four bars, wine cellar, library, gym and spa as well as a courtyard with garden and 14 hotel rooms which can also be booked by me as a non-member. Just like the glass penthouse on the roof, which offers fantastic views of San Francisco’s Transamerica Pyramid and the Bay Bridge. The interior design of the former factory hall has preserved the old building elements such as visible redstone walls and steel beams and has been cleverly integrated into the interior concept. The American interior designer Ken Fulk is responsible for the successful, eclectic mix of boho, industrial and vintage styles. 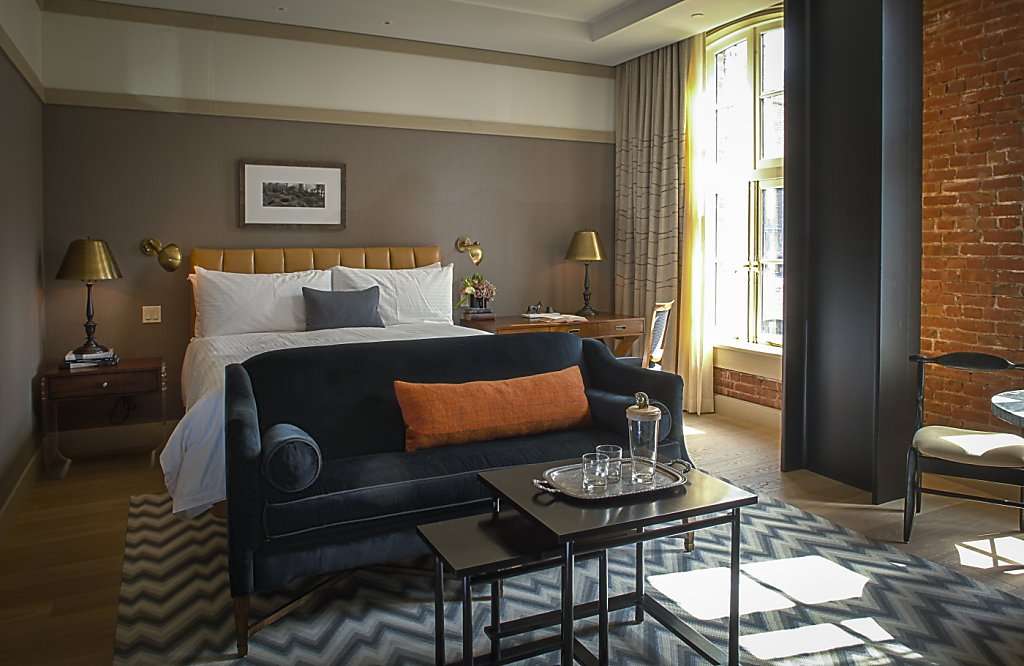 One of 14 suites in The Battery: The interior design of the former factory hall has preserved the old building elements such as visible redstone walls and steel beam*

If it were for the owners, the club would be a meeting place for artists, philanthropists or even drag queens. In fact, the nerds and technology freaks of the Silicon Valley are lolling between plush velvet sofas and sweeping leather chairs in front of rustic wood paneling. Even Germany’s former Minister of Defense, Karl Theodor zu Guttenberg – now on the road to the Internet – is happy to make a reservation at The Battery. With an annual contribution of 2,400 US dollars, the club is probably not for everyone. Especially since future members must be nominated by an existing member and a committee decides who will be accepted. A procedure similar to the Soho Houses, a successfully established club culture also from the United Kingdom. Exclusiveness has its price. BvH 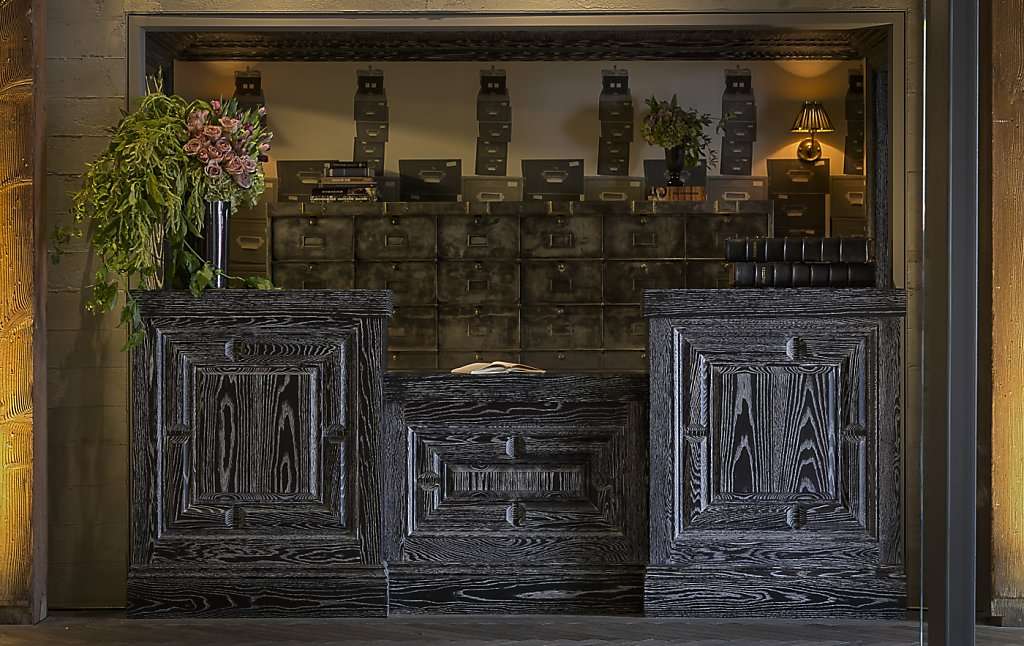 The Reception: Welcome to The Battery – you would say. I think the staff could be a little more friendly* 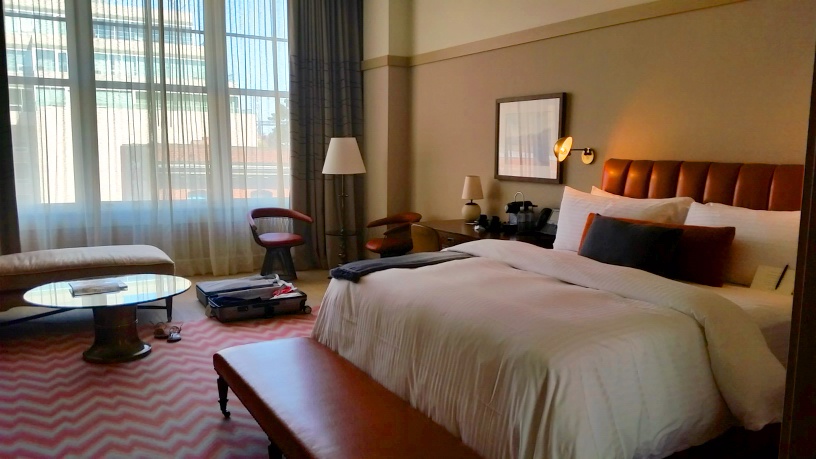 My „Battery“-Suite and my open suitcase… 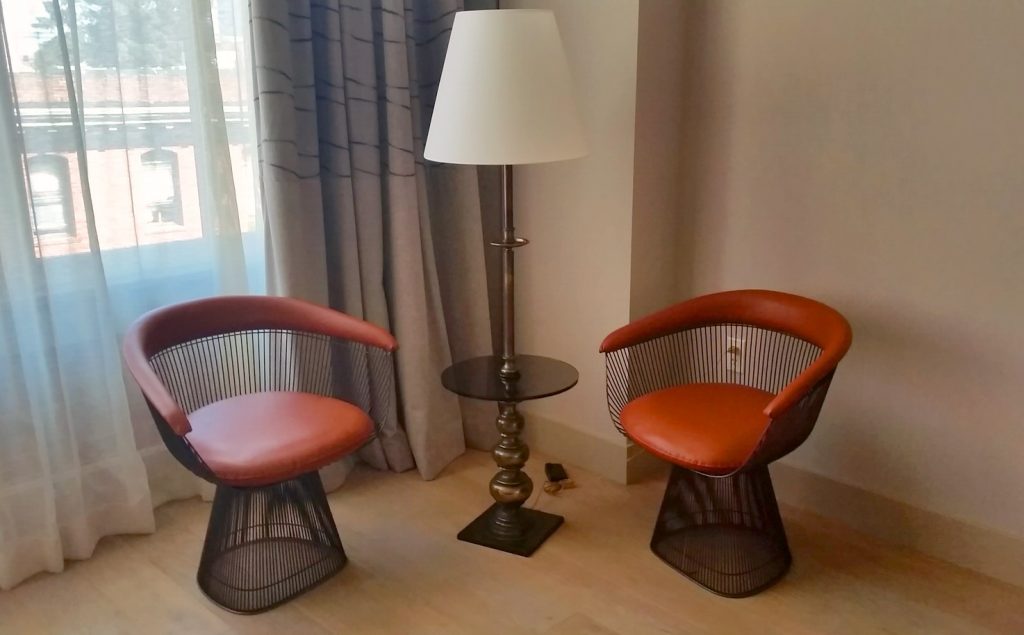 … with design chairs from Platner 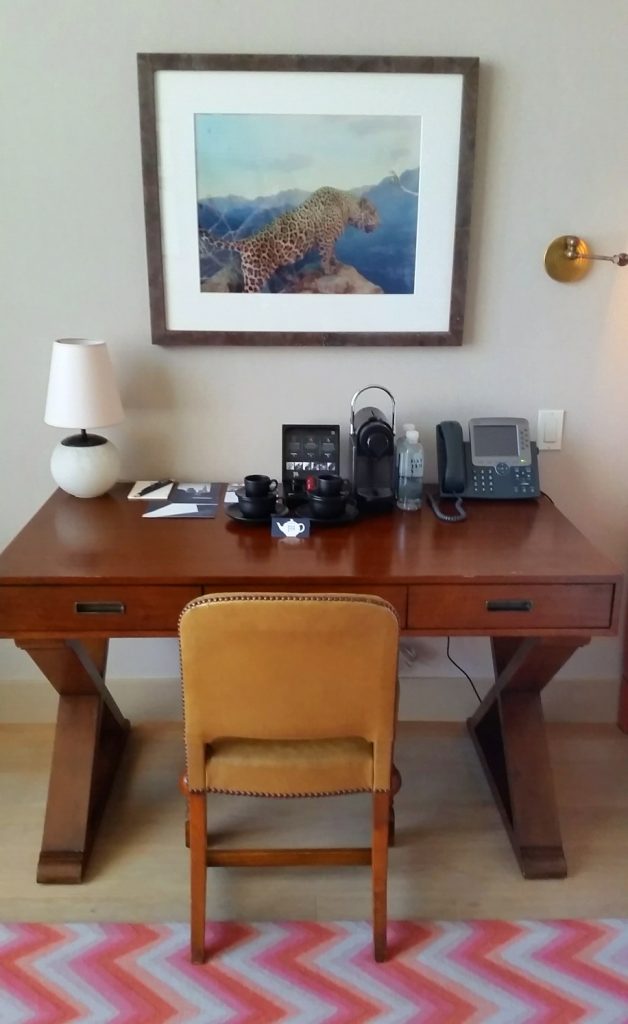 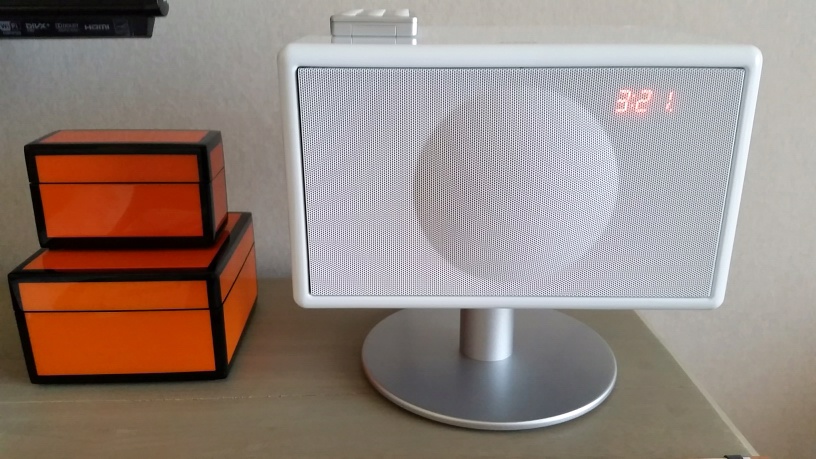 The rooms are equipped with nice details and high technology 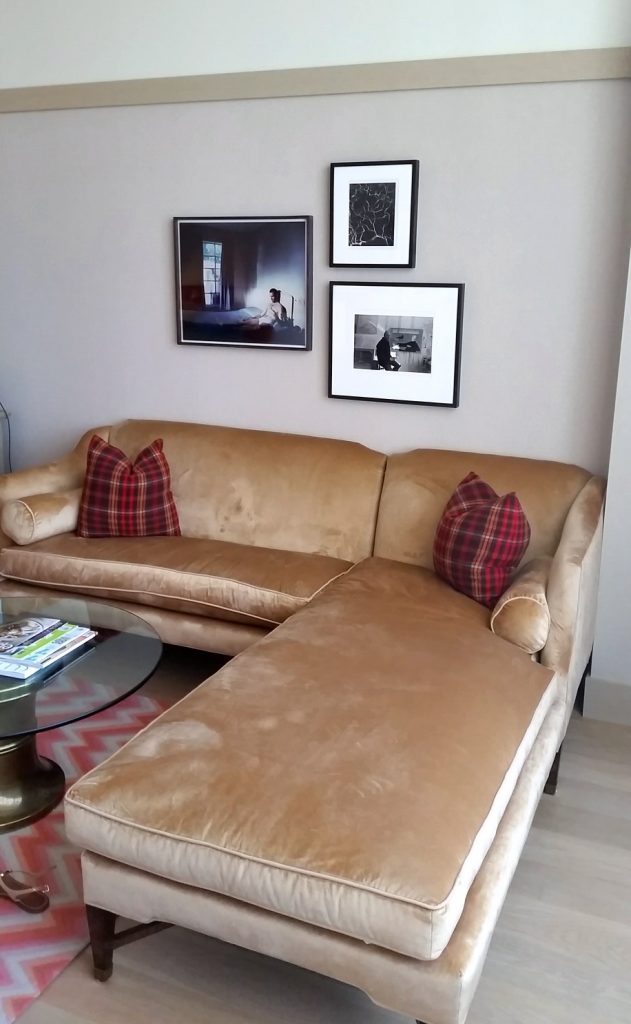 Black-and-white photographs about the velvet sofa: 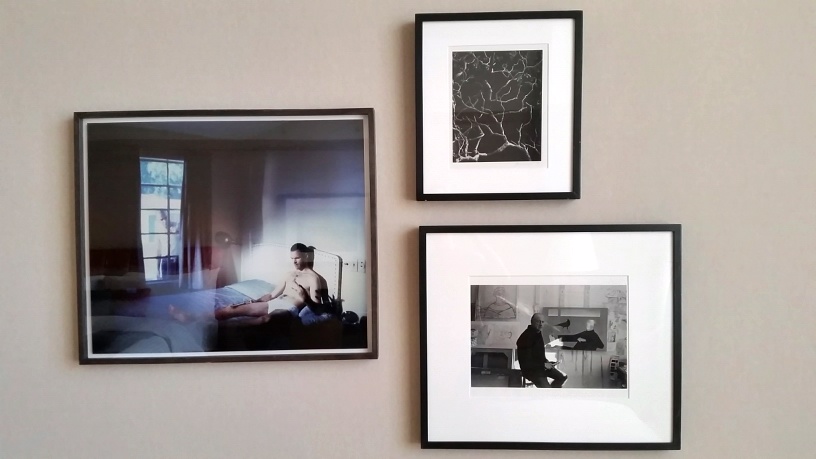 The Battery has its own art director, the German Thomas Moller, who is responsible for curating changing exhibitions and events for the club 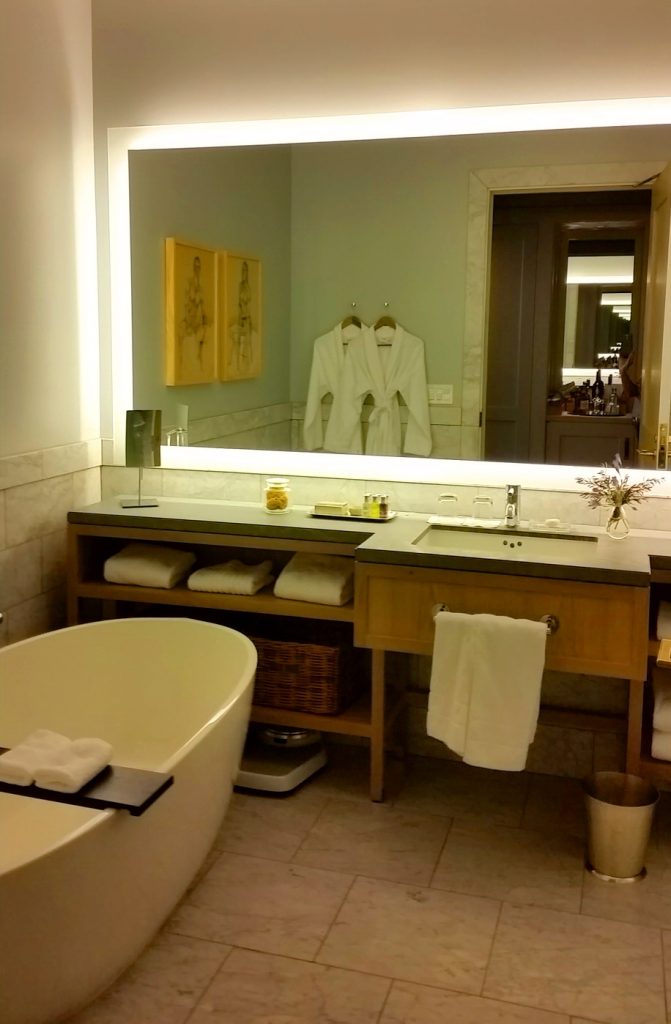 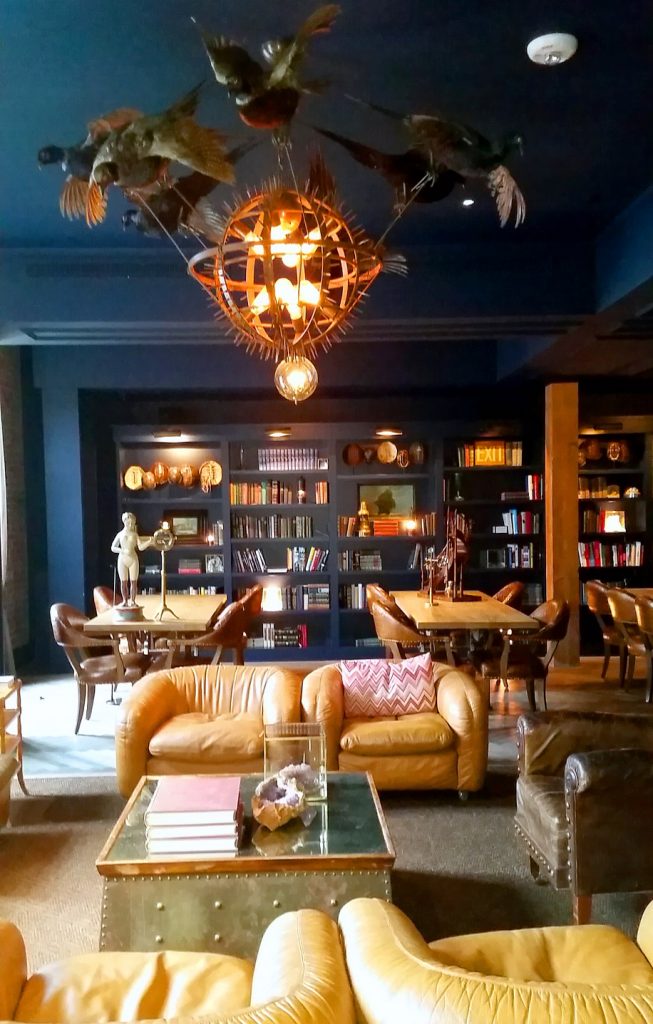 The library has an impressive ceiling lamp … 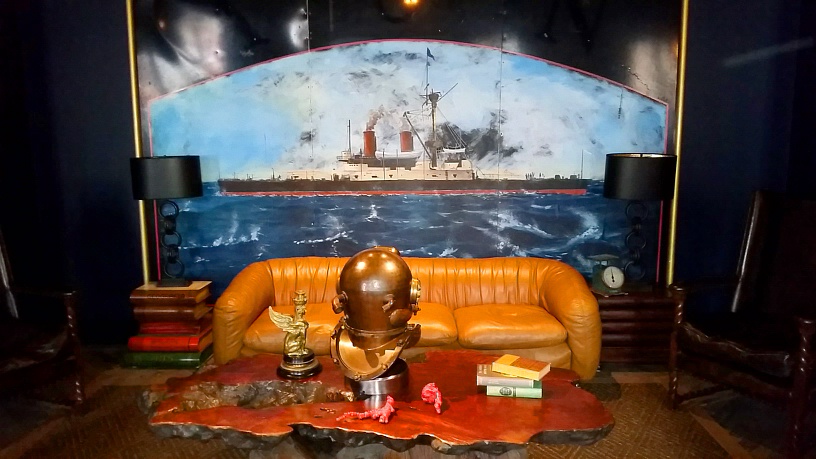 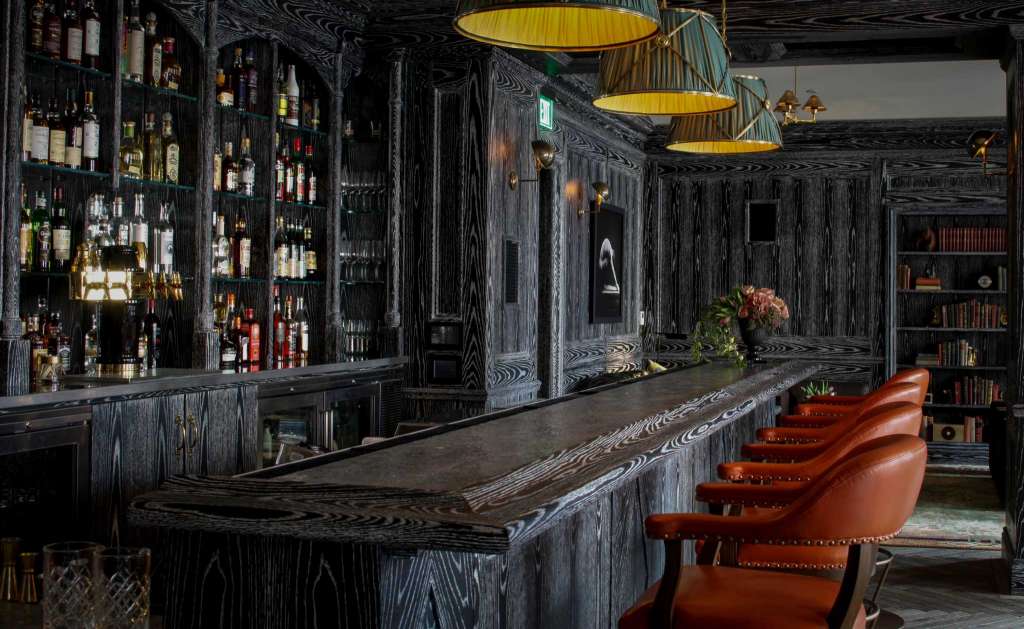 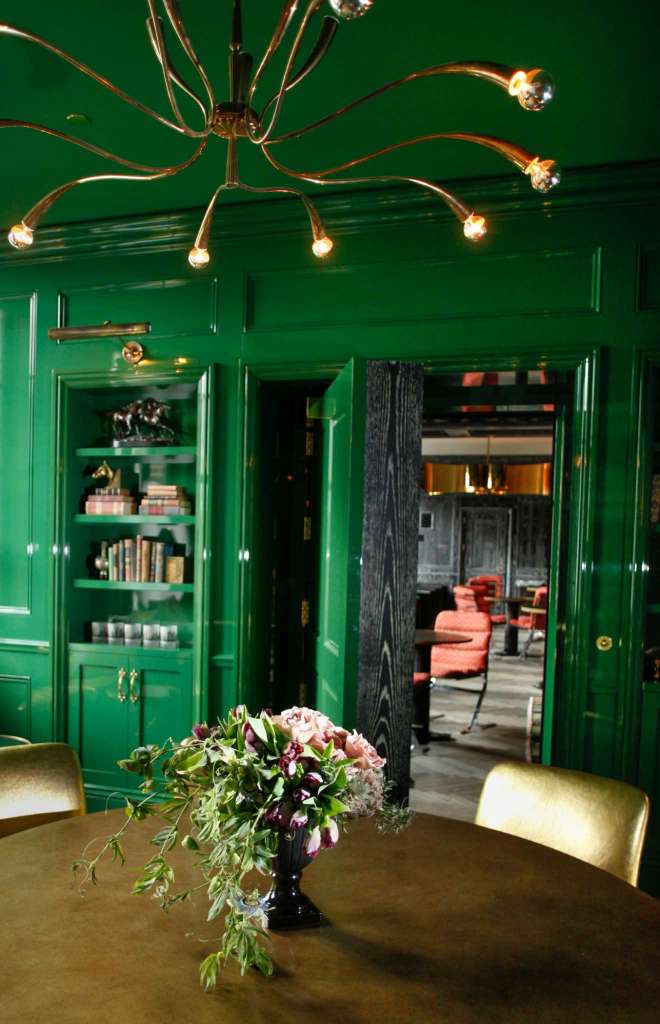 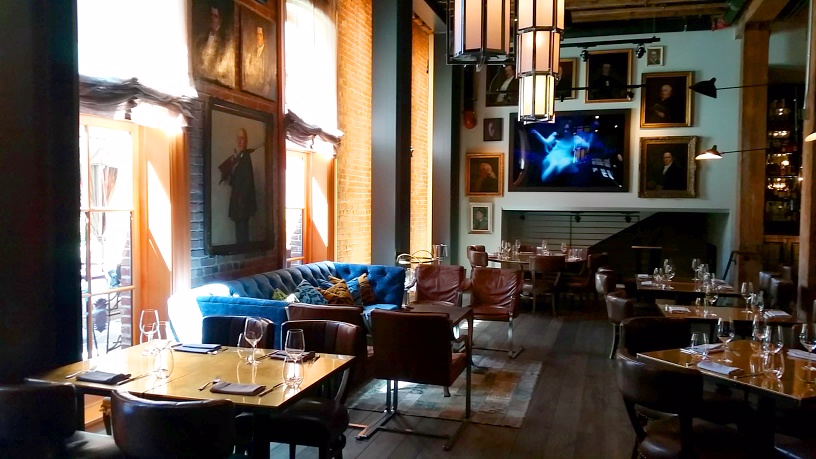 In the restaurant 717B, leather armchairs and velvet sofas invite you to sit comfortably, on the walls art in gold frames and lamps by Serge Mouille

Pictures marked* from The Battery