The luxury hotel Schloss Fleesensee resides in the land of 1,000 lakes and amidst the beautiful nature of the Mecklenburg Lake District. In 2014 Schloss Fleesensee was taken over by the Düsseldorf investment group 12.18. and awakened from its slumber. The neo-baroque castle with its 3.5-hectare park has been lavishly renovated since its reopening in 2016. I already knew the hotel from times when it was managed by the Radisson Blu Group. And I was curious about what would await me in the middle of the natural landscape of Müritz. I didn’t get disappointed.

…lavishly renovated since its reopening in 2016: Schloss Fleesensee

With 179 rooms and suites, the hotel was given a completely new concept based on three pillars: Schloss Hotel, Schloss Spa, Schloss Golf*. In the spa of the castle, those seeking relaxation can expect an innovative sauna landscape, various beauty and massage treatments, a gym and a 25-metre-long, heated outdoor pool on three floors with a total area of 2,500 square meters (more on this soon on MyStylery). 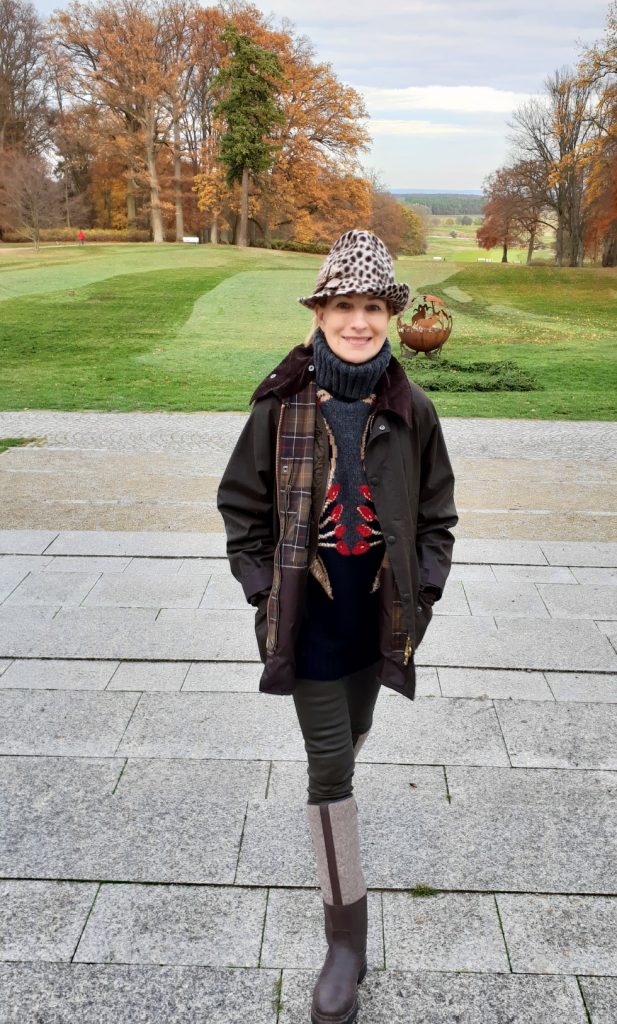 The history of Schloss Fleesensee would be the perfect material for an exciting film project: built in 1842 by Ludwig Graf von Blücher, completely destroyed by fire in 1912, the building experienced an eventful history after its reconstruction. After the end of the Second World War, the castle had been converted into a military hospital by the Soviet army. During the GDR era, the venerable walls accommodated several families, the municipal administration, a nursery school, a consumer shop and an egg collecting point. Immediately after the fall of communism, the first investor attempted to run a hotel business – and failed. It was only in the last few years that tourism in the Mecklenburg Lake District really began to gain momentum. A region with potential, which the new owners realised. 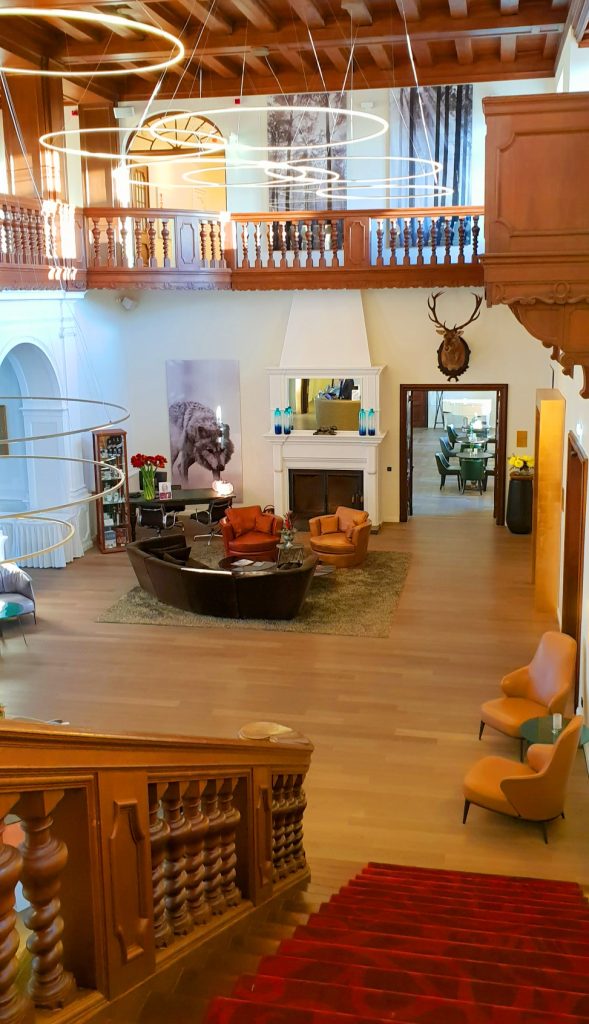 The imposing staircase including the gallery. In the lobby, circular light installations set modern accents. And the deer trophy welcomes arriving guests

Even the entrance of the castle is fascinating: a large hall with floor to ceiling walls and an eye-catching spiral wooden staircase with an adjoining gallery welcomes the visitor. My gaze scurries past impressive hunting trophies and remains on the large open fireplace, in which a cosy fire crackles. And I immediately notice: I feel comfortable here, I want to stay where I am.

The library “Wine and Book”

Also in the library and winter garden – my favourite rooms at Schloss Fleesensee with a view over the extensive park – a cosy fireplace keeps you warm. Can there be anything better than getting warmed up after a long walk in the winterly nature around a fireplace? Even in the spa area, the design team of the Düsseldorf architect Kitzig skilfully installed fireplaces as room dividers. A colour concept in warm earth tones and an elegant, classic interior underline the feeling of well-being.

Breakfast is served until 11 am in the Orangery. A very welcoming option for me as a late riser

Hungry? Well, then off to the restaurants Blüchers, Orangerie or Schlosstafel. Especially the gastronomy concept with numerous products from their own cultivation and meat from their own cattle breeding convinced me. The vegetable beds on 3,000 square metres are located directly on the castle golf course. Regional fruit and vegetable varieties thrive in a 1,200-square metre greenhouse. For breakfast, fresh eggs from the South American Araucana chickens are served to the guest in Schloss Fleesensee. There is no question that even the chickens at Schloss Fleesensee are housed in first-class accommodations – after all, they are kept in a modern chicken mobile. At this place, the world still seems to be fine. BvH

Georg Walther, chef at Schloss Fleesensee, focuses on regional products and has been awarded 15 points by the French Gault Millau for his reinterpreted classics as the newcomer of the year. This makes the “Blüchers” one of the best restaurants in Mecklenburg-Vorpommern. Since Schloss Fleesensee has been run under the direction of its new operators, sustainable agriculture has been practised on almost five hectares of land at Schloss Fleesensee.

My suite in the main house of Schloss Fleesensee, where apple juice from the own farm is available for the guest

Treat yourself with a suite in the main building of the castle with separate living room and bedroom. This is where the first 22 rooms were designed according to the new interior concept. Here you dream on luxurious box beds, whose headboard is covered with soft Alcantara. The walk-in wardrobe with generous storage space and the chests of drawers made of fine wood are adorned with leather handles. The salon features velvet armchairs, leather sofas and velvet curtains in warm earth and cognac tones. I find the colour-changing carpet very beautiful, which picks up baroque patterns in a washed-out look. The walls are partly wallpapered, partly in a soft grey tone, on which the black-and-white photographs with nature and animal motifs come out well. In the black and white marble bathroom, there is an XL shower, a bathtub and Molton Brown products, hair dryer, bathrobe, slippers and enough towels. 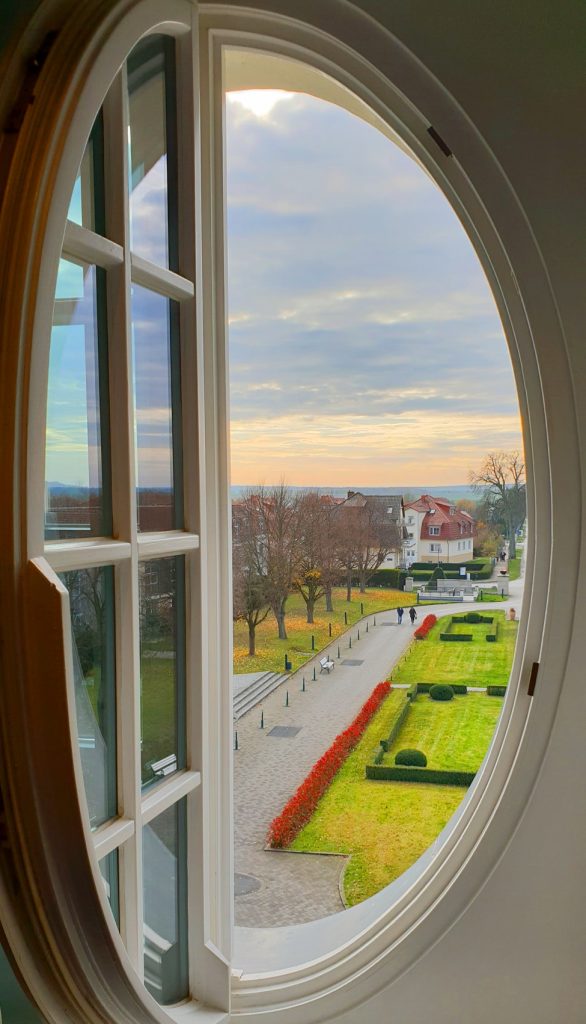 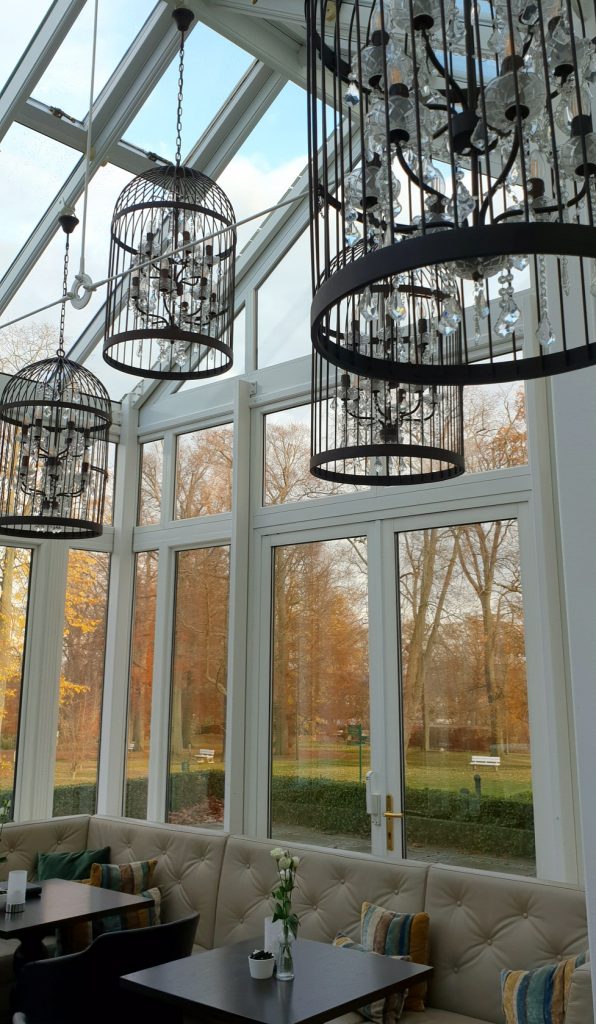 The winter garden – my favourite room…

…and a view into the 3.5-hectare castle park

… where delicious aperitifs are mixed 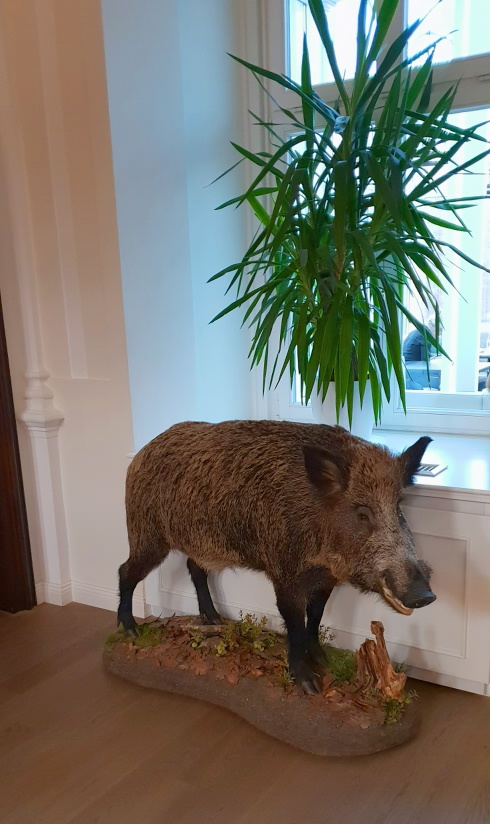 No worries, the wild boar doesn’t do anything anymore

The Outdoorpool at the Schloss Spa

Comfortable ambience inside the spa 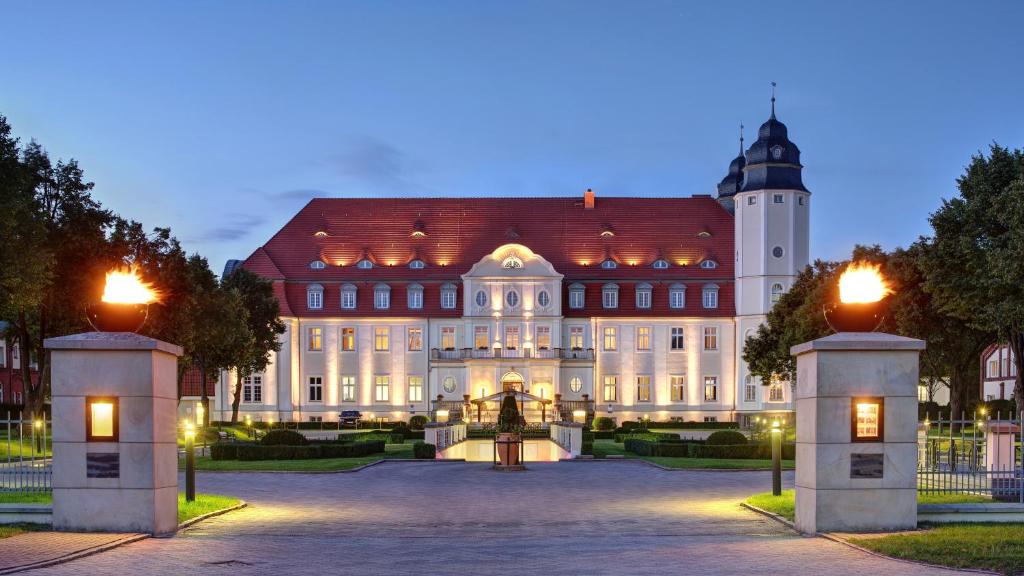 72 greens and five golf courses: This makes Schloss Fleesensee one of the largest golf resorts in Europe. Directly adjacent to the castle is the Schloss Platz, a golf course that demands a high standard of performance from its players. On the other hand, the 18-hole course offers historical views into a fantastic landscape architecture, which goes back to the famous landscape architect Peter Joseph Lenné.

Four more courses await golfers at the Fleesensee Golf and Country Club: Two 18-hole courses and two 9-hole courses in different game levels. If you want to improve your tee, you can do so under the guidance of golf pro Sven Strüver or refresh your skills in the Golf Academy. 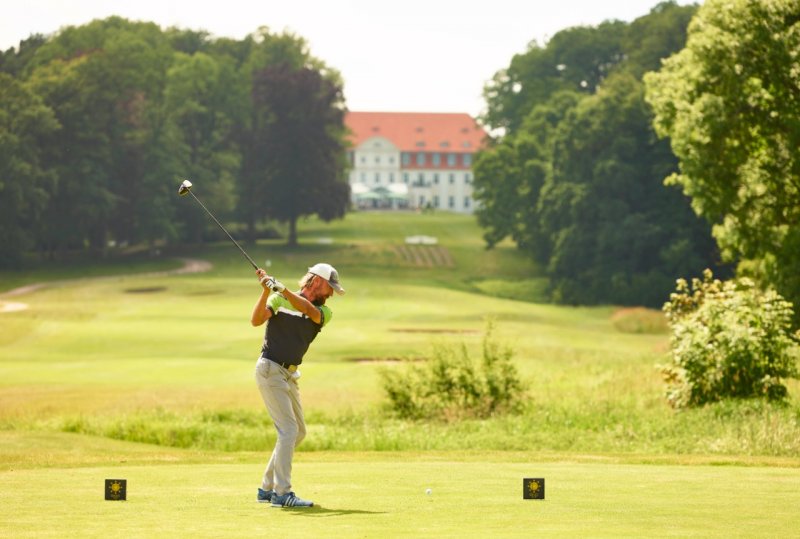 Golfing at Schloss Fleesensee: Tee-off with a view

A perfect day in Warsaw
What: My favorite tips for sightseeing and more Where: Warsaw,…