What: The Princely Collection Liechtenstein
Where: Albertina, Vienna 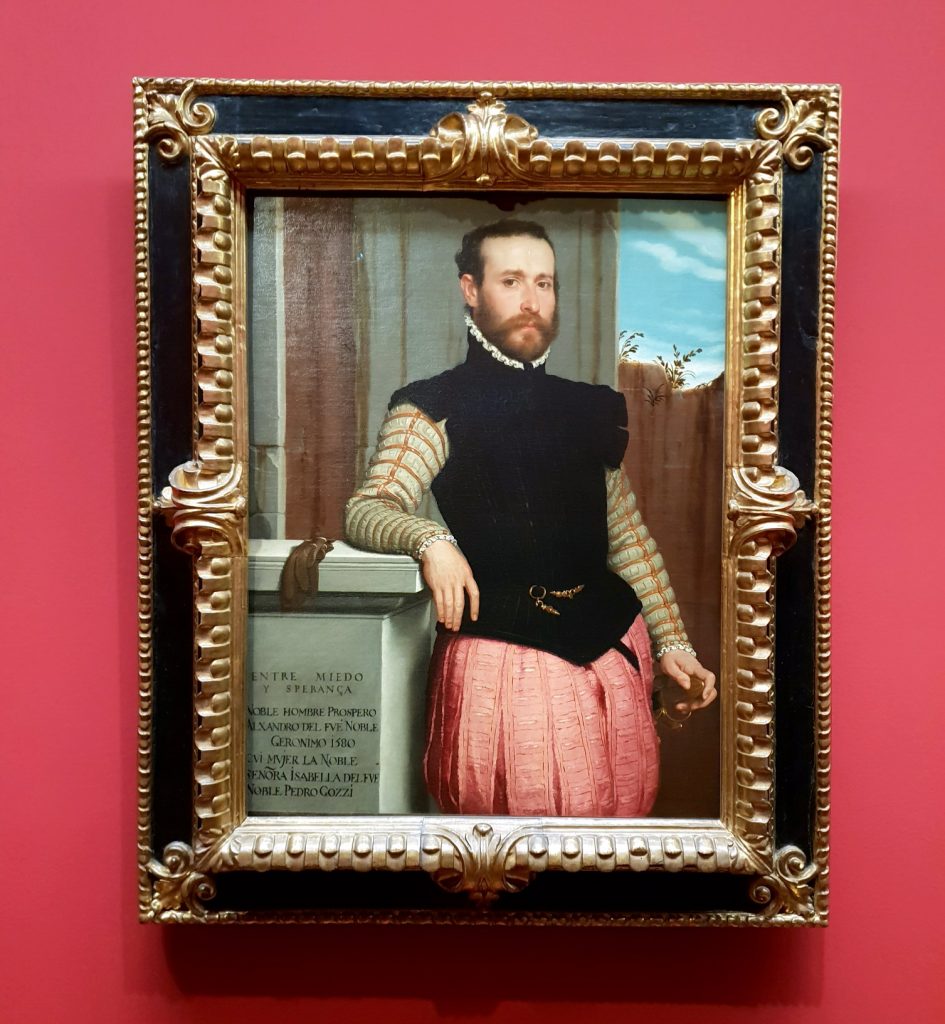 Vienna is, as you know, always worth a visit! The Albertina is currently showing more than one hundred outstanding paintings and sculptures from the exquisite collections of the Princely House of Liechtenstein (until June 10) – magnificent Old Masters, from Rubens to Makart. A good reason to visit the Danube metropolis. For a first impression (and for those of you who won’t make it to Vienna) I share my favorite selection of the most beautiful exhibits.

The House of Liechtenstein’s magnificent art collections rank among the most important and largest private collections in the world, comparable only to those of the British royal family. They comprise imposing sculptures and paintings of the Renaissance and the Baroque by Adriaen de Vries, Peter Paul Rubens und Anthonis van Dyck, superb works by the Italian and French artists Giambologna aka Giovanni da Bolgna, Canaletto and Hyacinthe Rigaud, masterpieces of the Viennese Biedermeier by Friedrich von Amerling and Ferdinand Georg Waldmüller, as well as exquisite paintings of the Makart era. 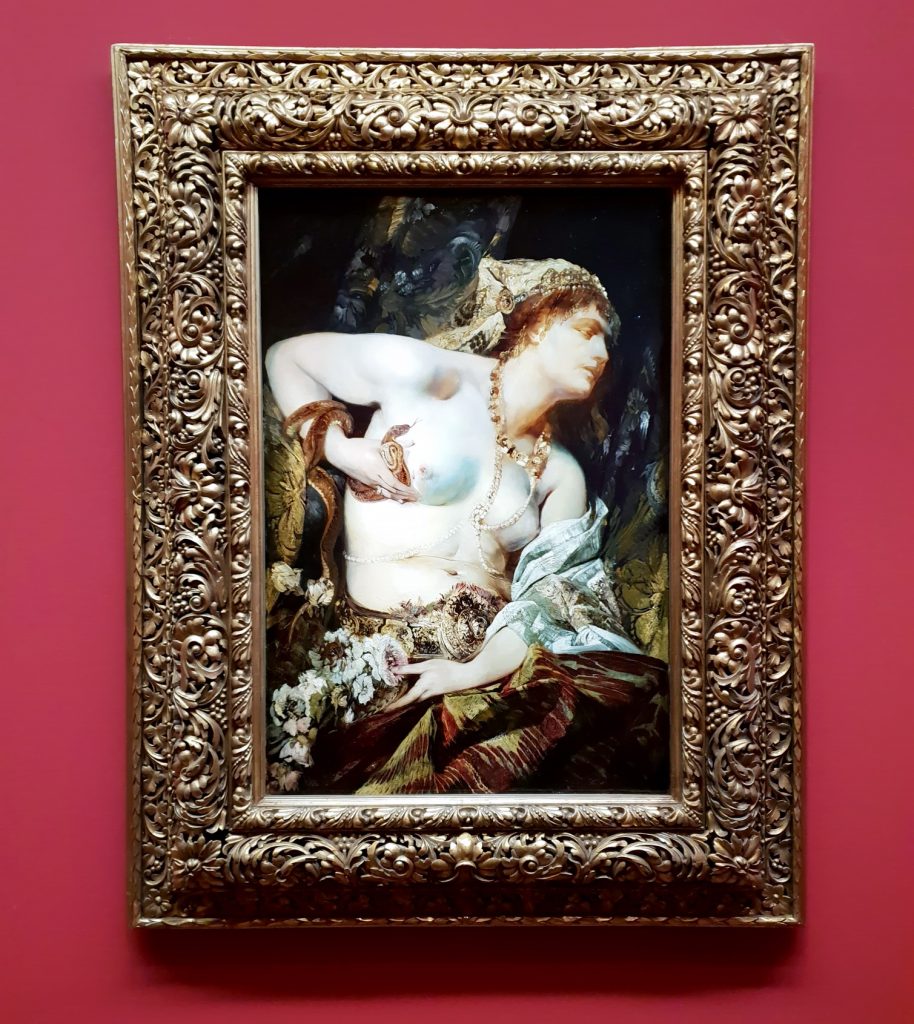 The House of Liechtenstein, originally an Austrian noble dynasty, had held vast possessions in Lower Austria and Moravia since the Middle Ages. In 1599, Karl I von Liechtenstein converted from the Protestant faith to the Catholicism. In 1608 he received the title of bereditary prince and thus laid the foundation for the rise of the House of Liechtenstein. In the early eighteenth century the princely family’s diverse castles and palaces were transferred to the City Palace in Vienna. 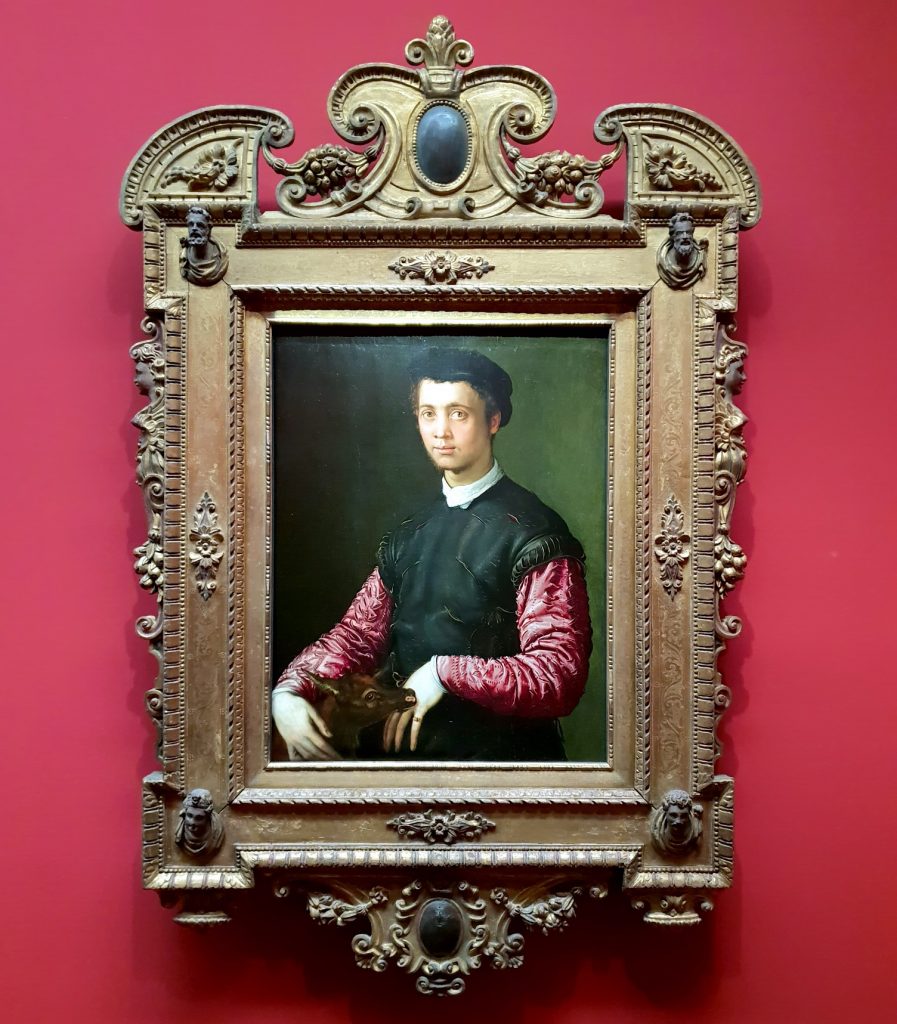 Three hundred years ago, in 1719, Emperor Charles VI elevated the neighboring estates of Vaduz and Schellenberg to the status of Imperial Principality: Liechtenstein became a sovereign state within the Holy Roman Empire. From 1807 onward, Johann I von Liechtenstein had the extensive picture gallery transferred from the Viennese City Palace to the Summer Palace outside the town walls. In 1810, five years after Duke Albert, the Albertina’s founder, the House of Liechtenstein likewise made its collections accessible to the public. 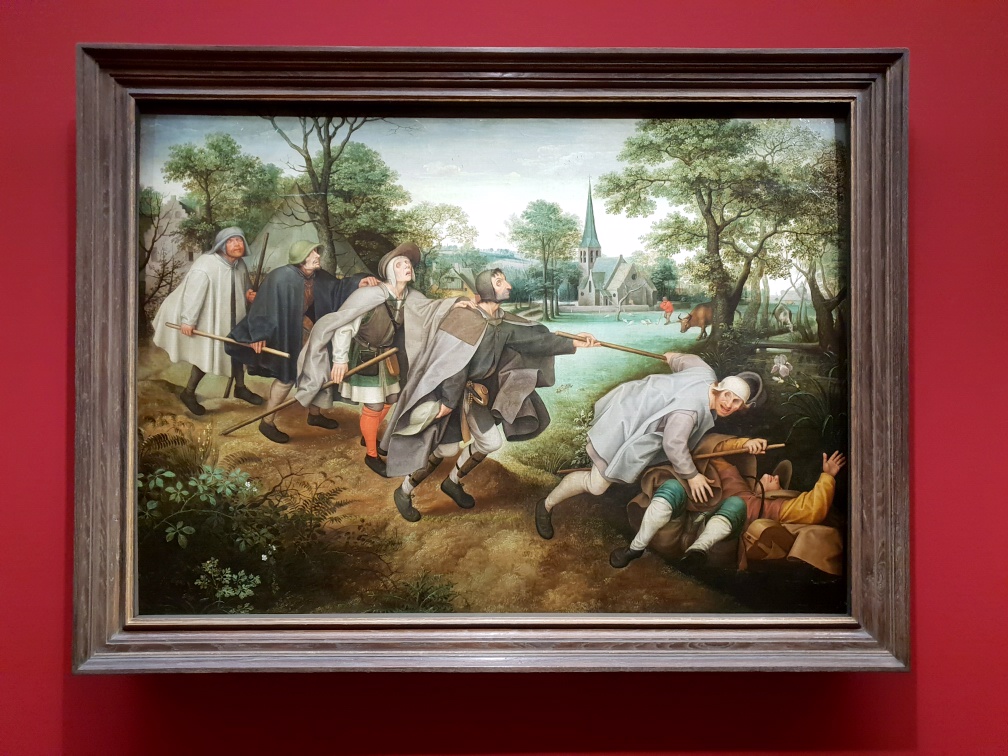 Lucas van Valckenborch The Elder: The Parable of the Blind leading the Blind (after 1568)

A year earlier Prince Johann I von Liechtenstein had fought side by side with Generalissimo Archduke Carl in the Battle of Aspern (1809). He had this first victory over Napoleon’s troops, captured in a monumental painting by Johann Peter Krafft (now on view in the Albertina’s staterooms as a permanent loan from the Princely Collections). 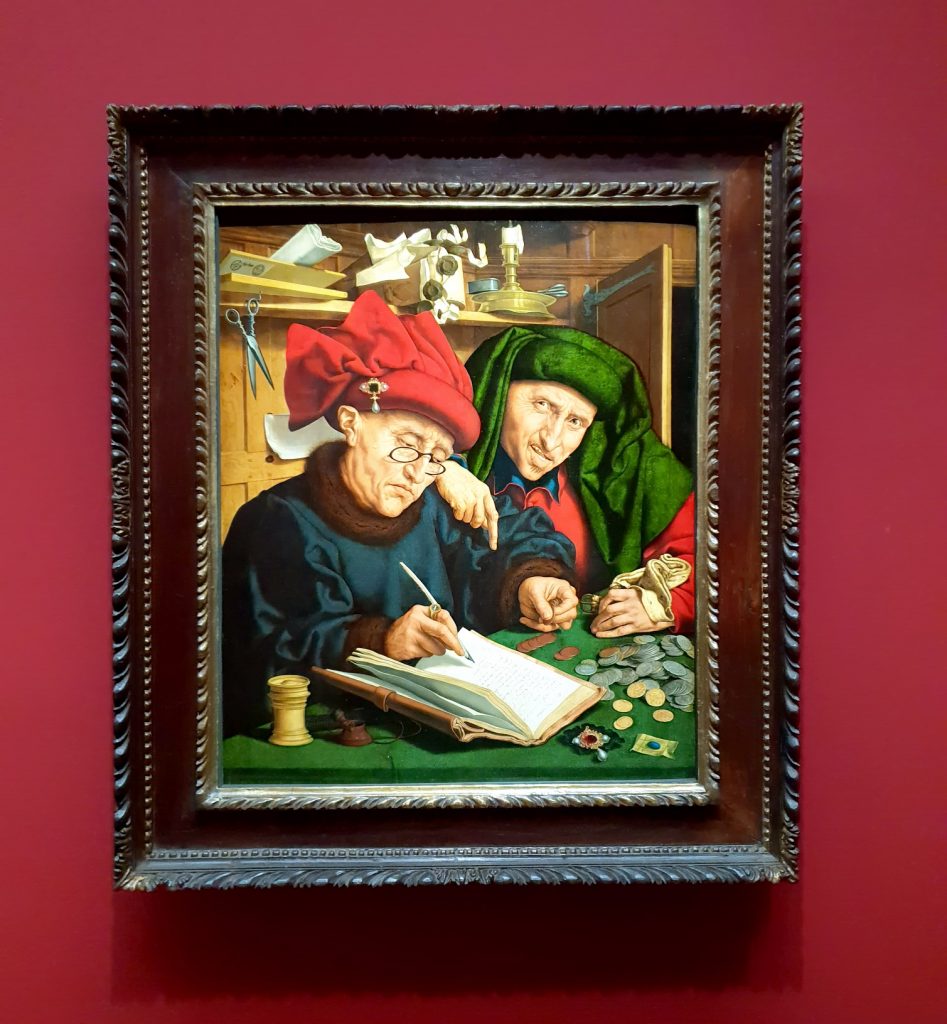 In the nineteenth century, Prince Alois II and his son, Johann II, became the most prominent patrons and collectors of Viennese Biedermeier art. Hundreds of Paintings by Waldmüller, Fendi, Amerling and Rudolf von Alt in today’s Viennese Collections go back to Johann II’s donations. The House of Liechtenstein’s collections survived the First World War and the downfall of the Habsburg monarchy unscathed. 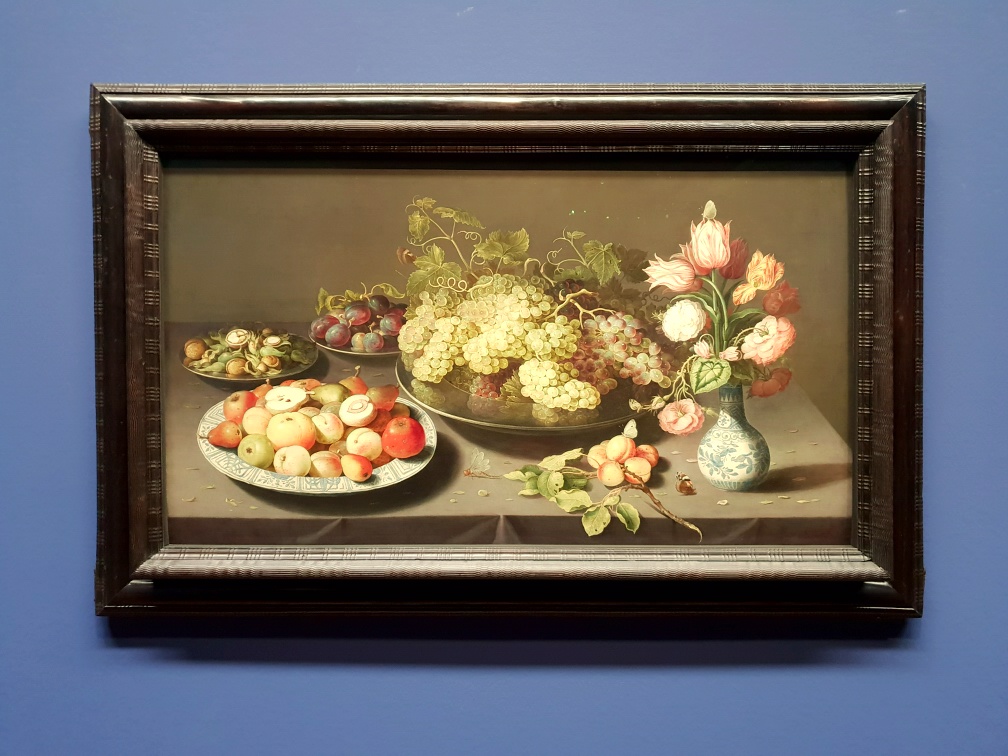 Osias Beert The Elder: Large Still Life with Apples, Grapes and a Vase of Flowers (ca. 1600-20)

In the final weeks of the Second World War, they were relocated from Vienna to the neutral Principality of Liechtenstein for reasons of safety. In days of economic hardship and dispossessions following Europe’s division into East and West, many paintings were sold, including key works by Leonardo, Canaletto and Rubens. Only under Prince Hans-Adam II von und zu Liechtenstein has the family’s art collection began to grow again substantially. Exhibiting the most beautiful and important masterpieces from the Princely Collections, the Albertina is celebrating the Principality’s 300th anniversary in the palace of Duke Albert and Archduke Carl, both of whom once maintained such close relations with the House of Liechtenstein. 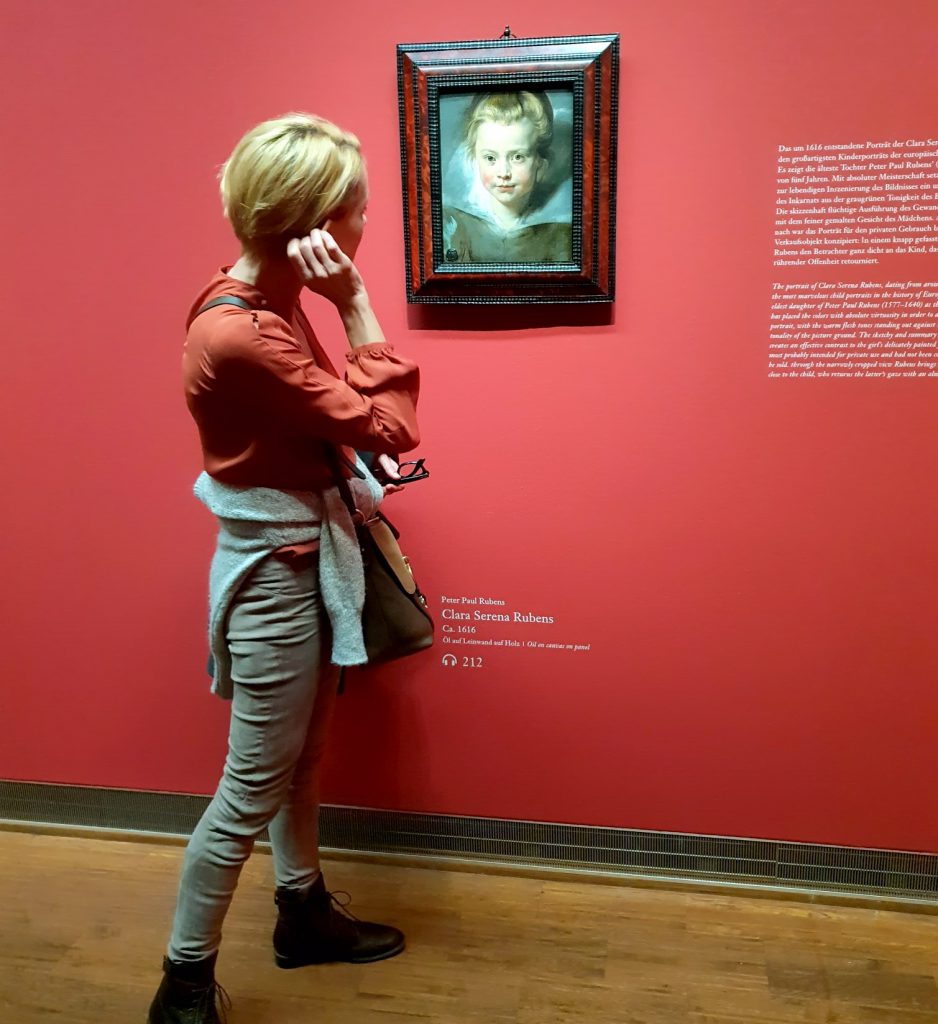 Me infront of Ruben’s Portrait of his daughter Clara Serena (ca. 1616) 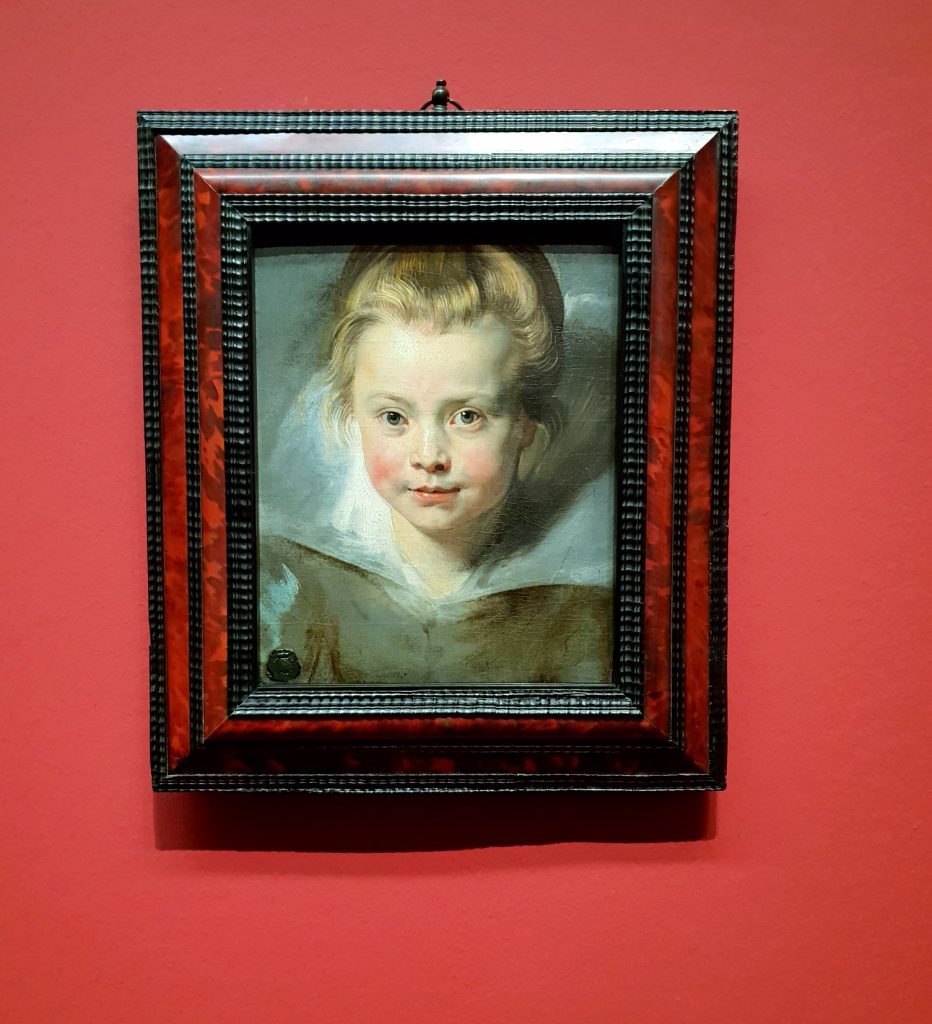 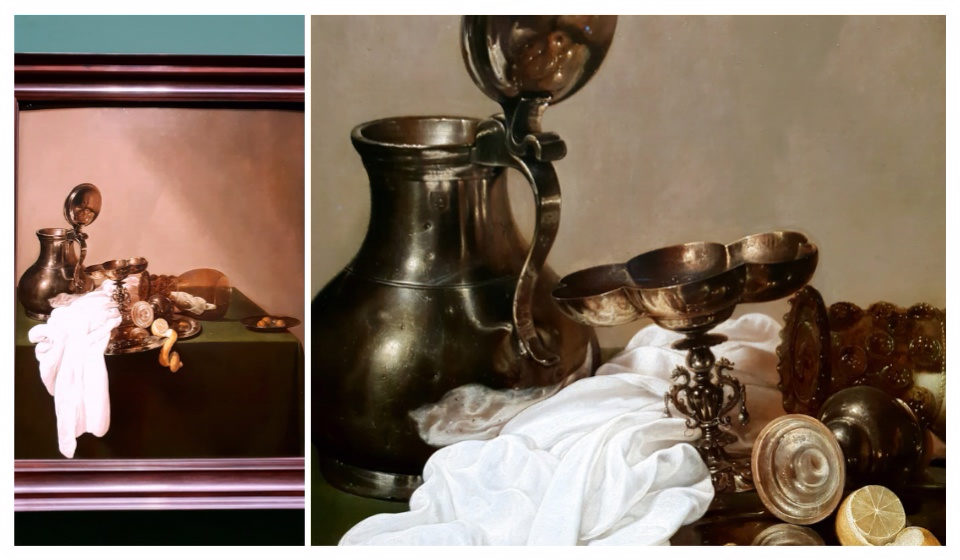 Franz Jansz. van der Uyl: Breakfast Still Life with a Pewter Flagon (1635) – Fascinating details such as the silver bowl and the light reflections on the pot as to be seen here 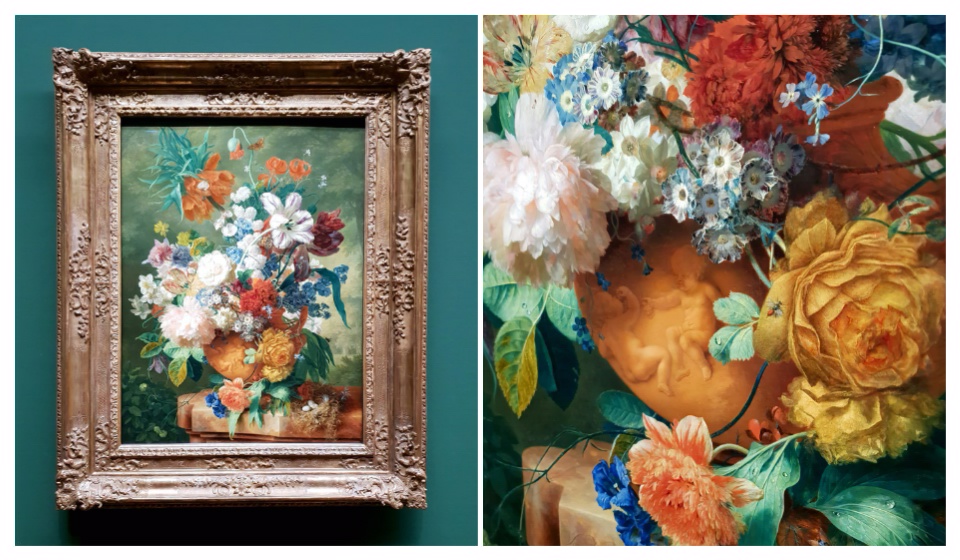 Jan van Huysum: Flowers in a Terracotta Vase (ca. 1725) …note the three-dimensional depiction of the putti on the vase! 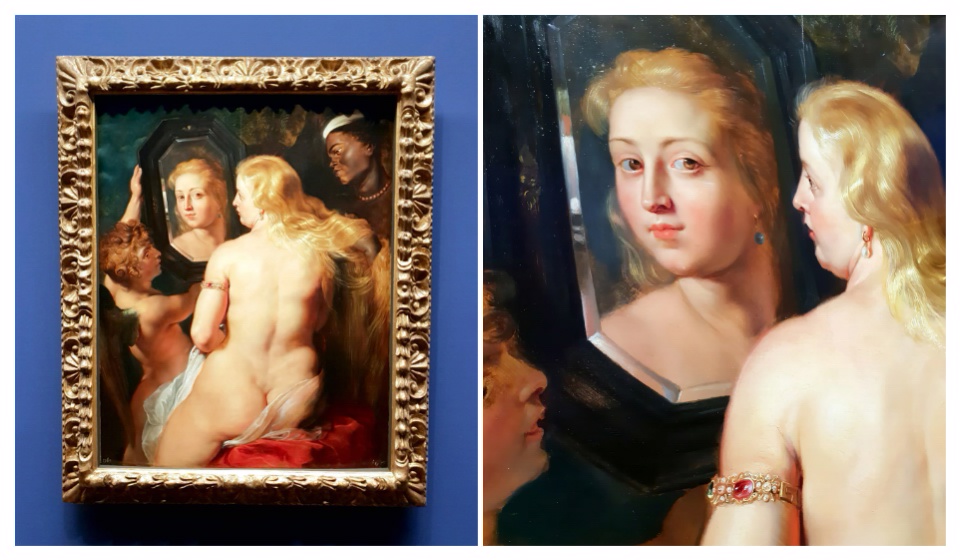 Peter Paul Rubens: Venus infront of the Mirror (ca. 1614/15) …and here the bangle of Venus as well as the mirror perspective! 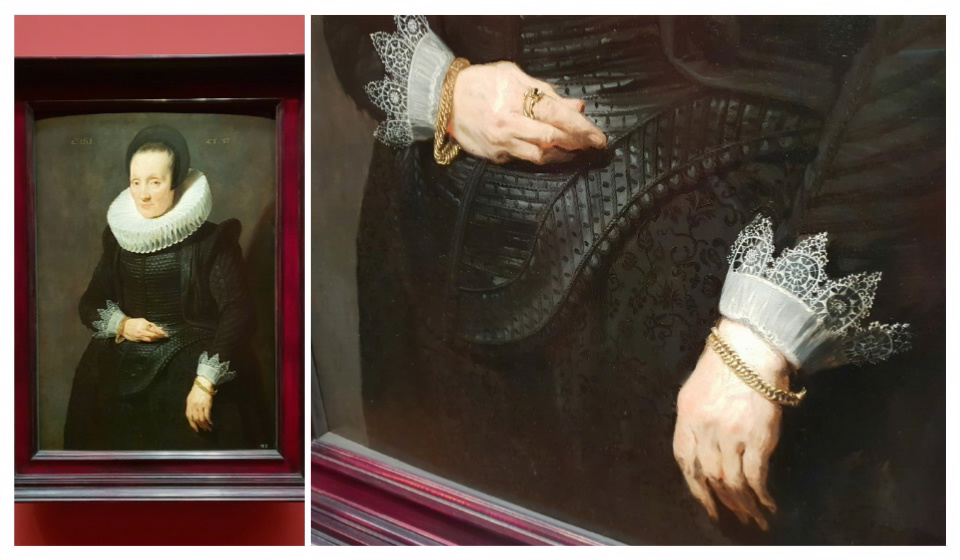 Anthonis van Dyck: Portrait of a Woman (1618) …impressive filigree of lace and jewelry … 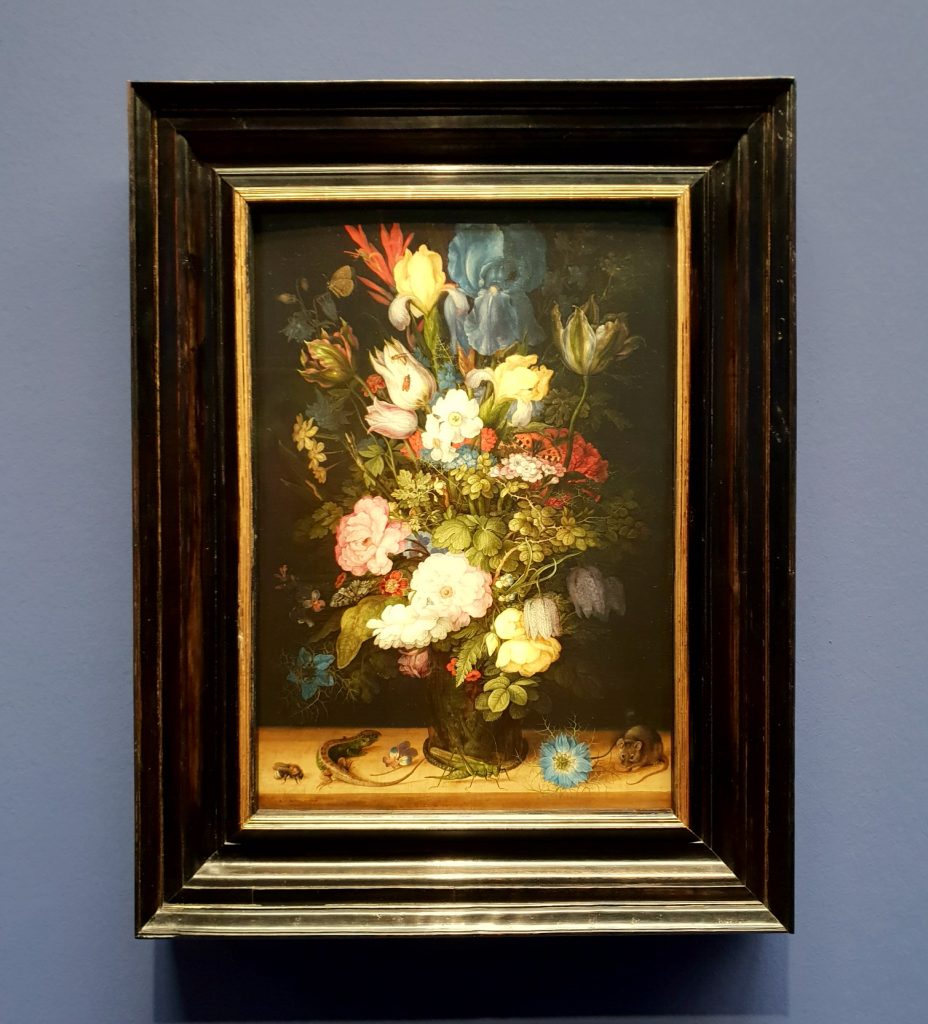 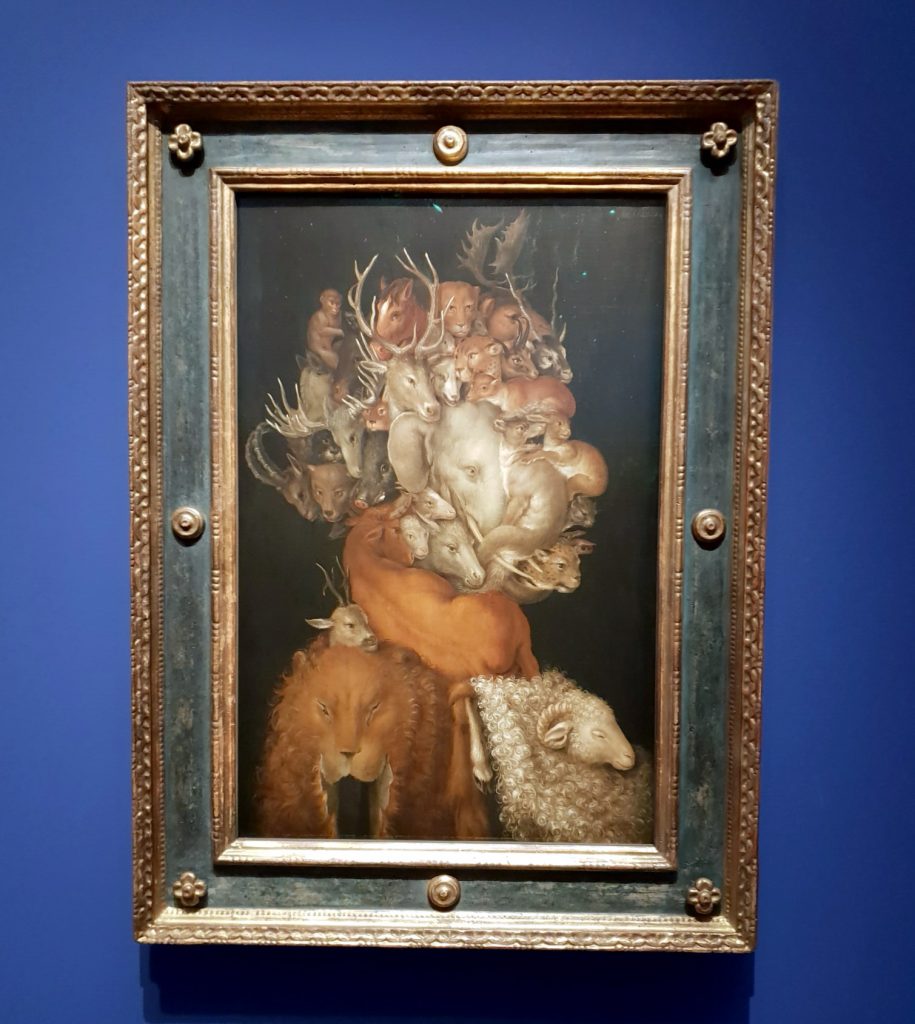 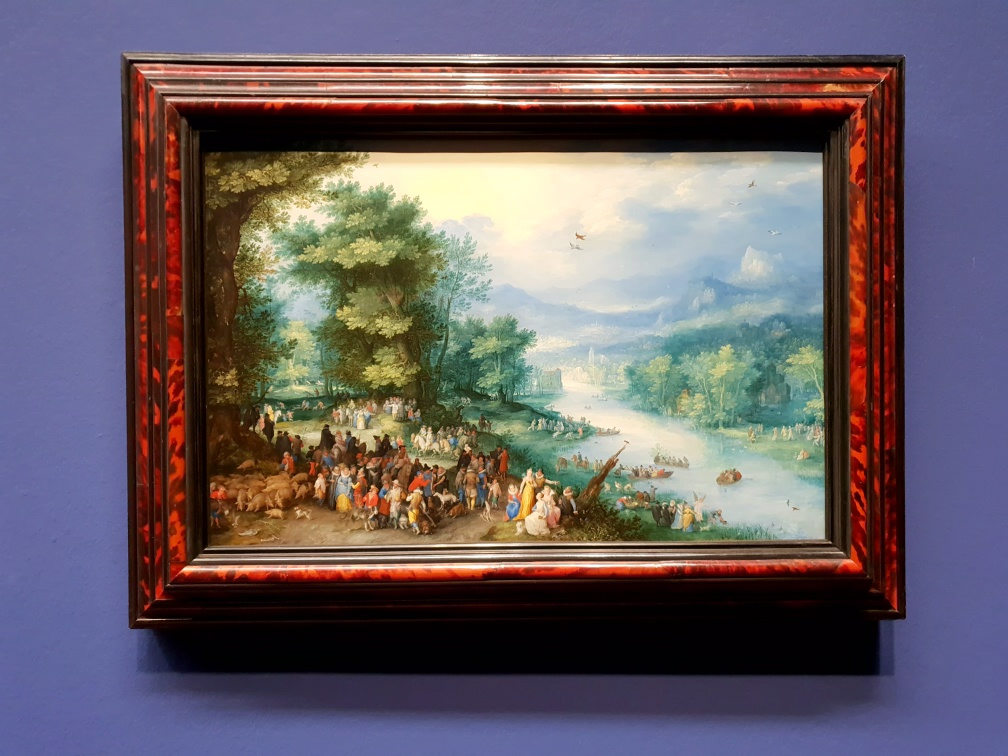 One of my favourite paintings of this exposition: “Landscape with the Young Tobias” by Jan Brueghel The Elder (1598). Even in the depth of the picture you will discover the finest detail depictions 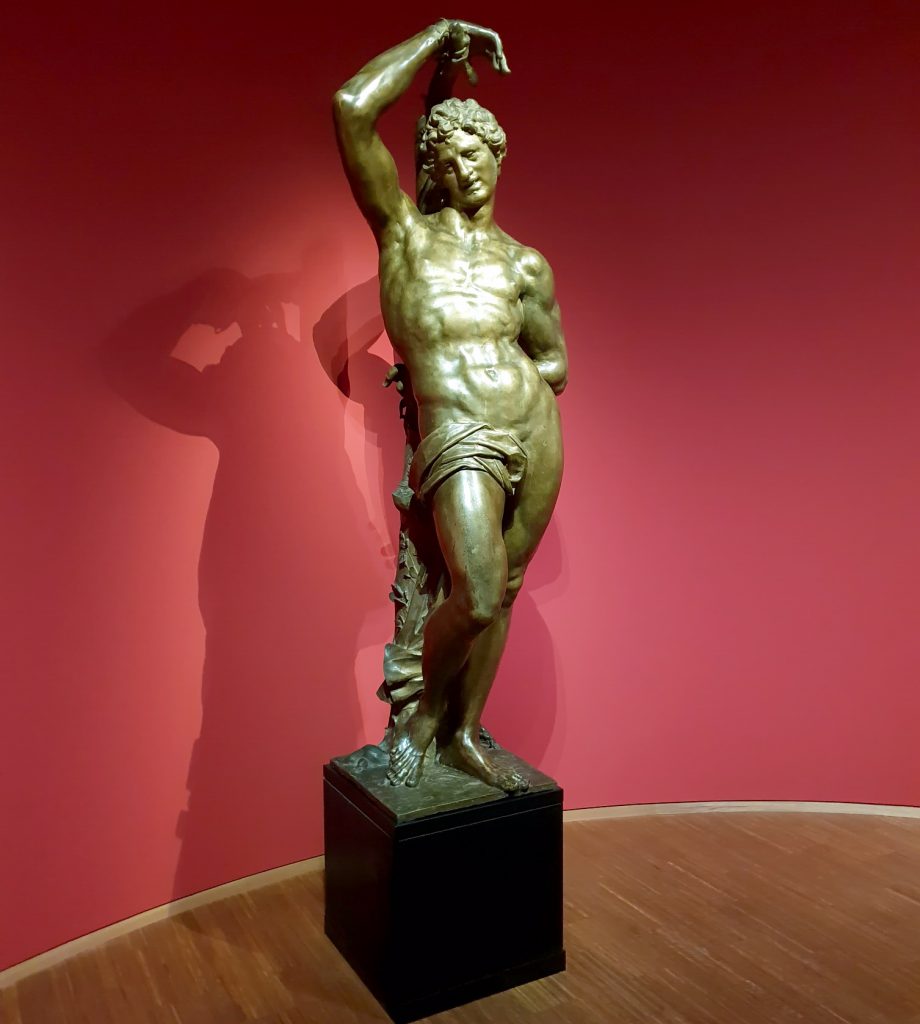 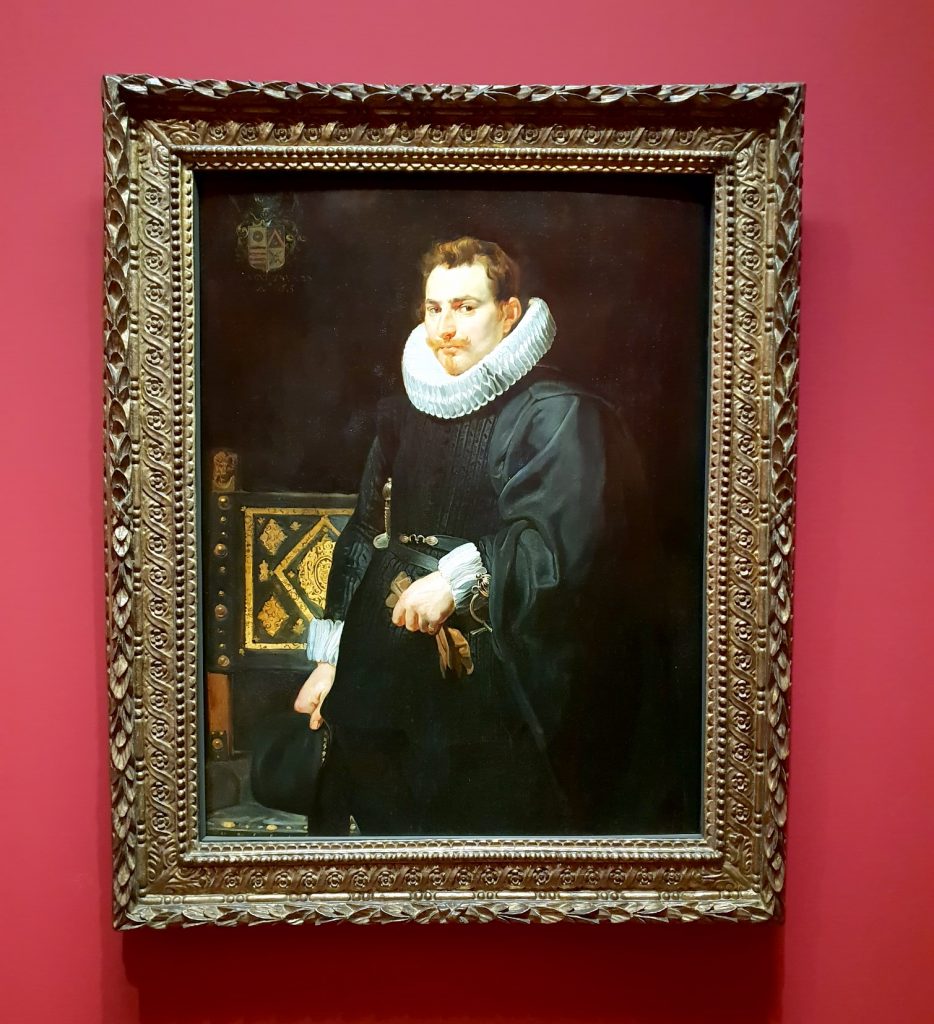 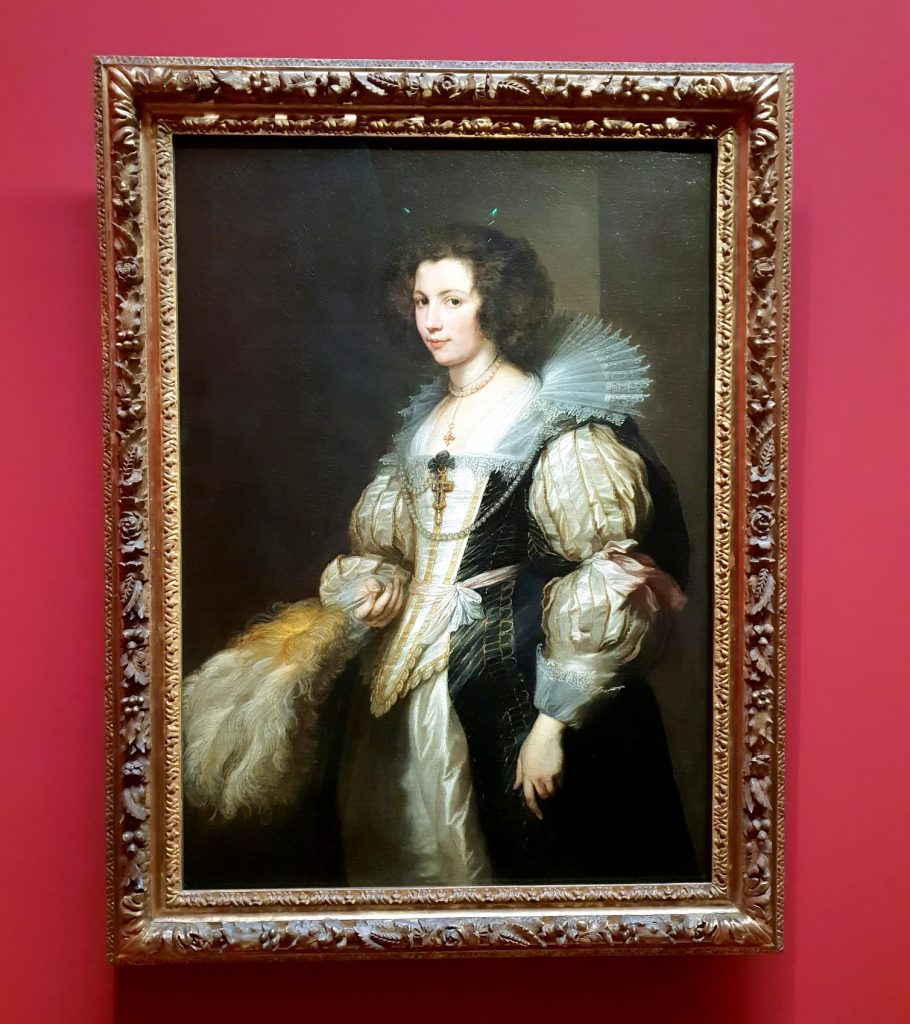 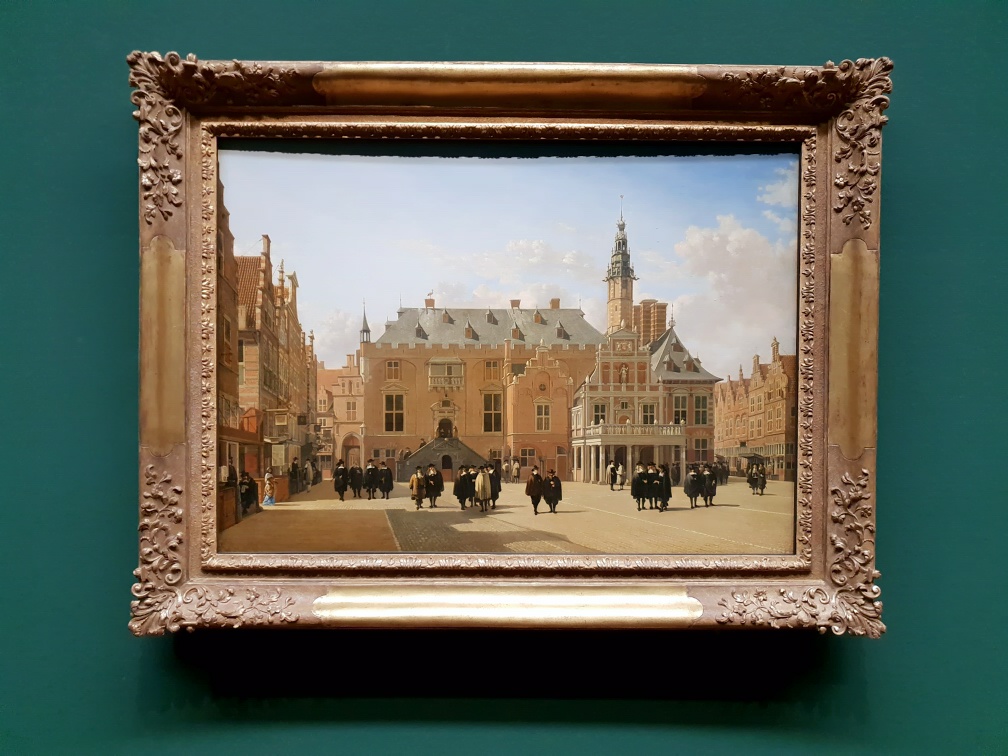 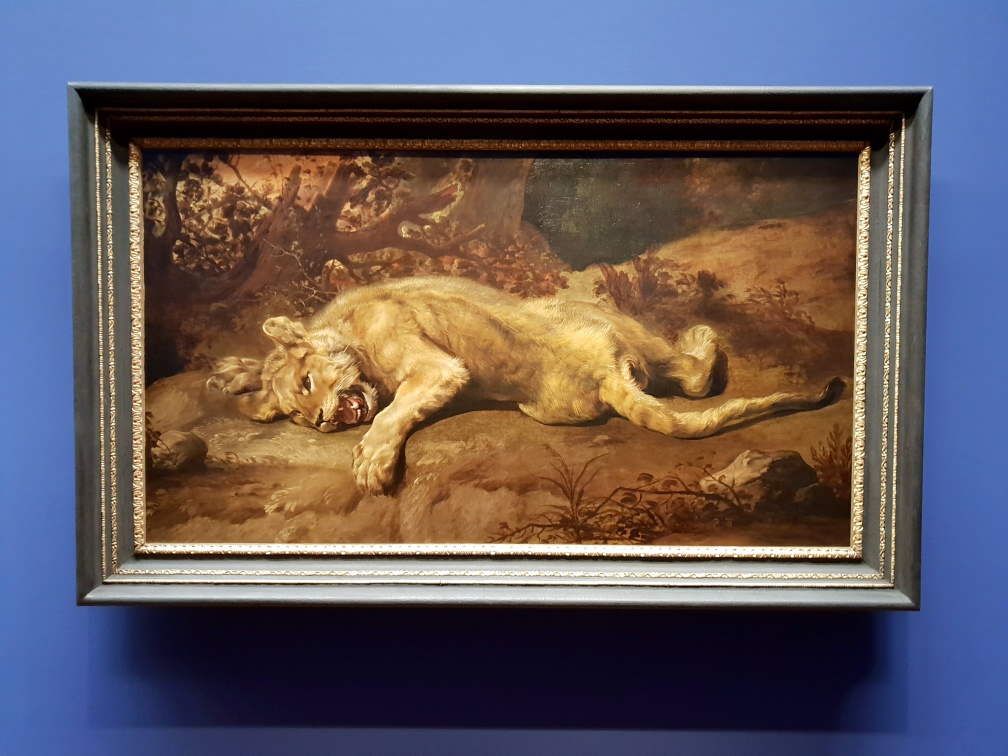 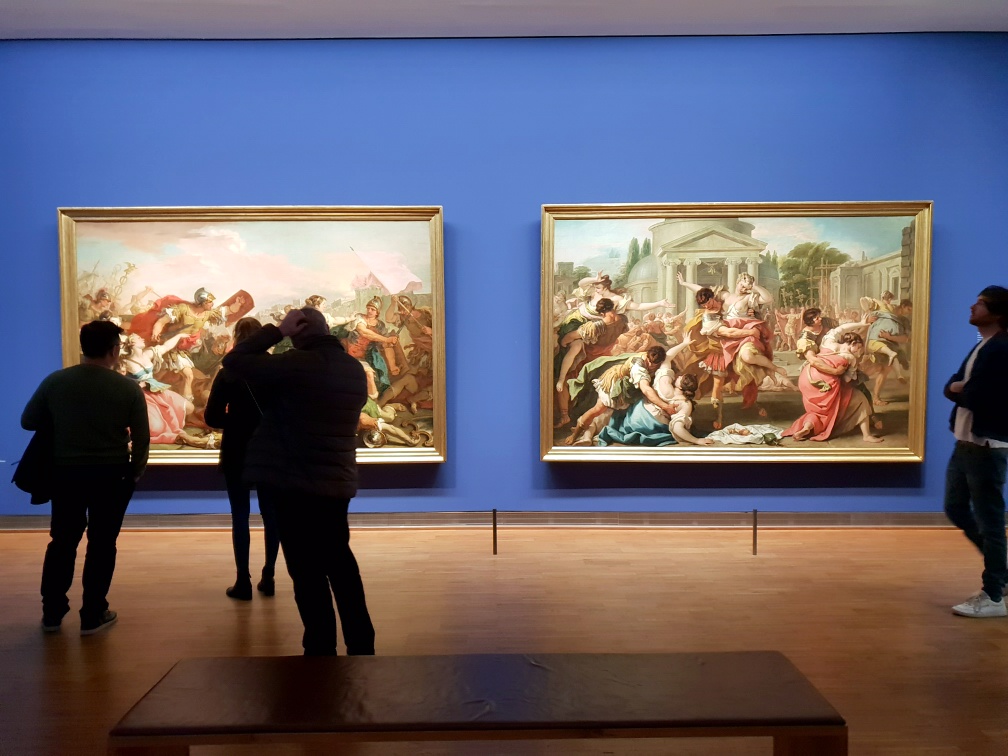 View into the exhibition rooms of the Albertina, in the back “The Battle between the Romans and Sabines” by Sebastiano Ricci (ca. 1700) 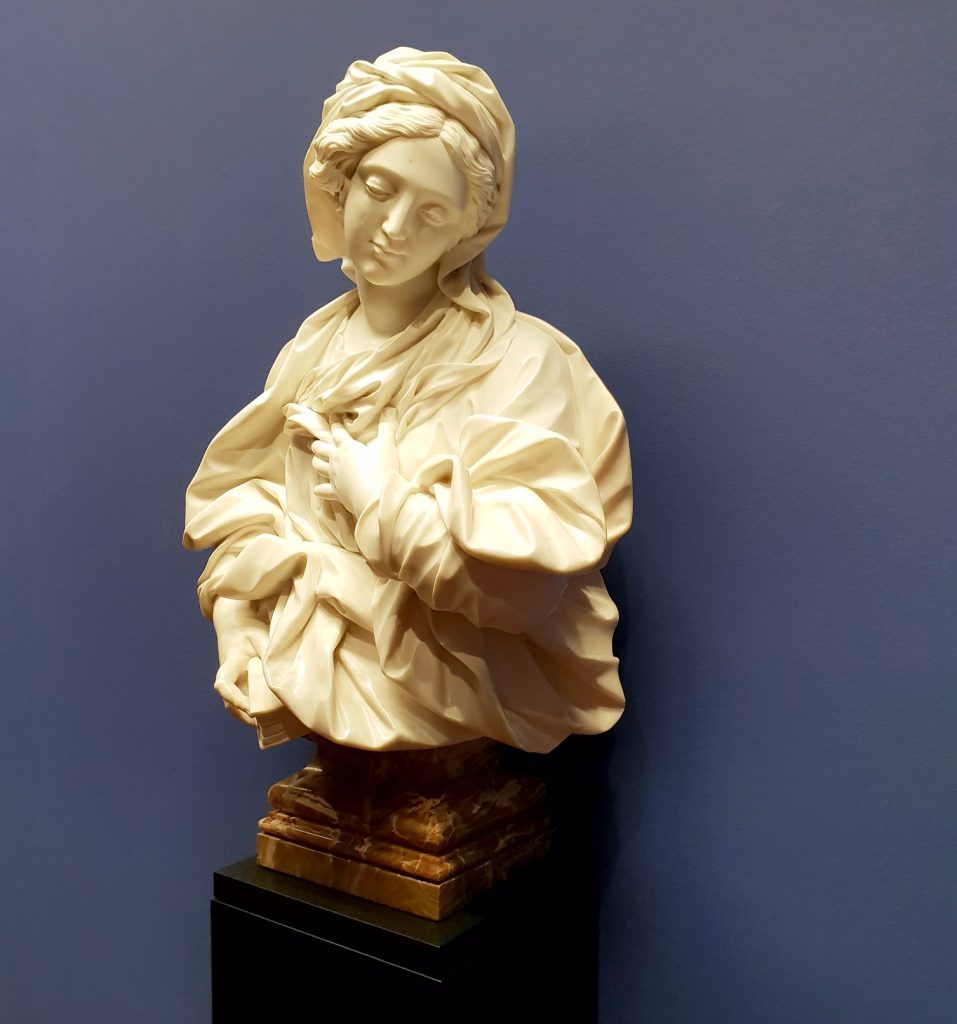 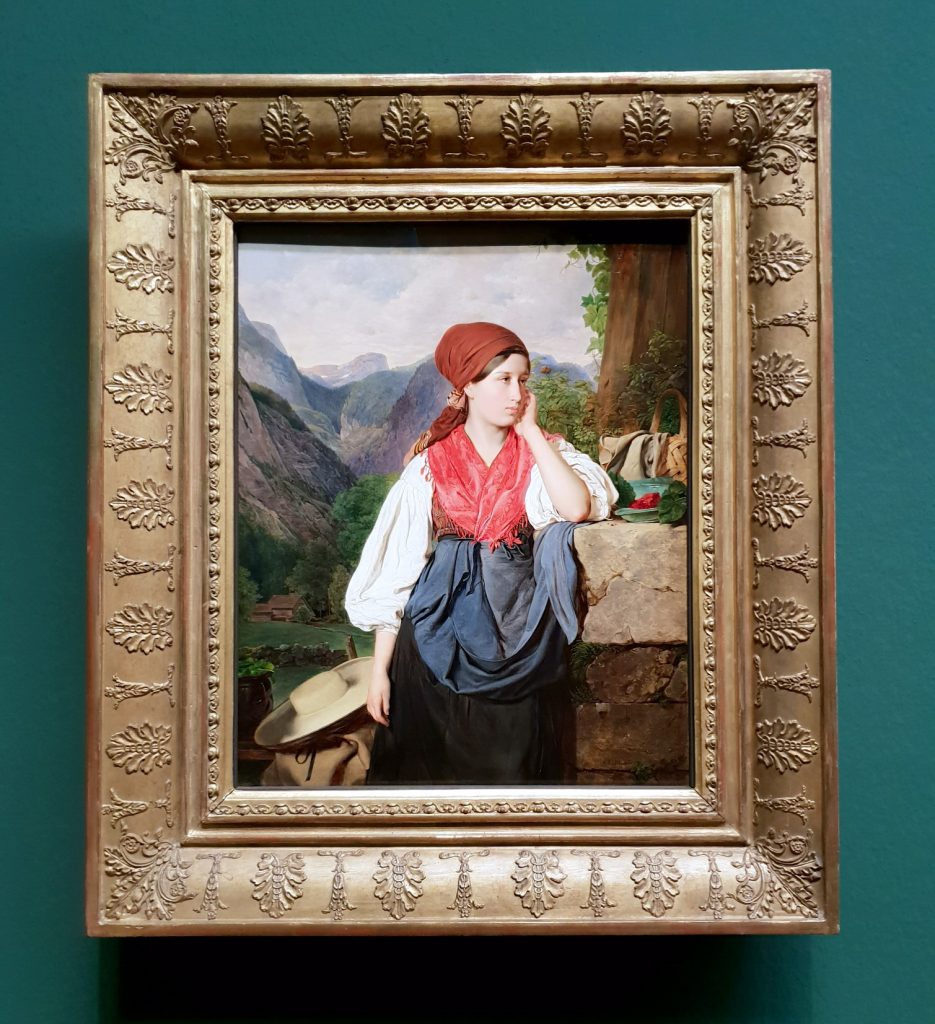 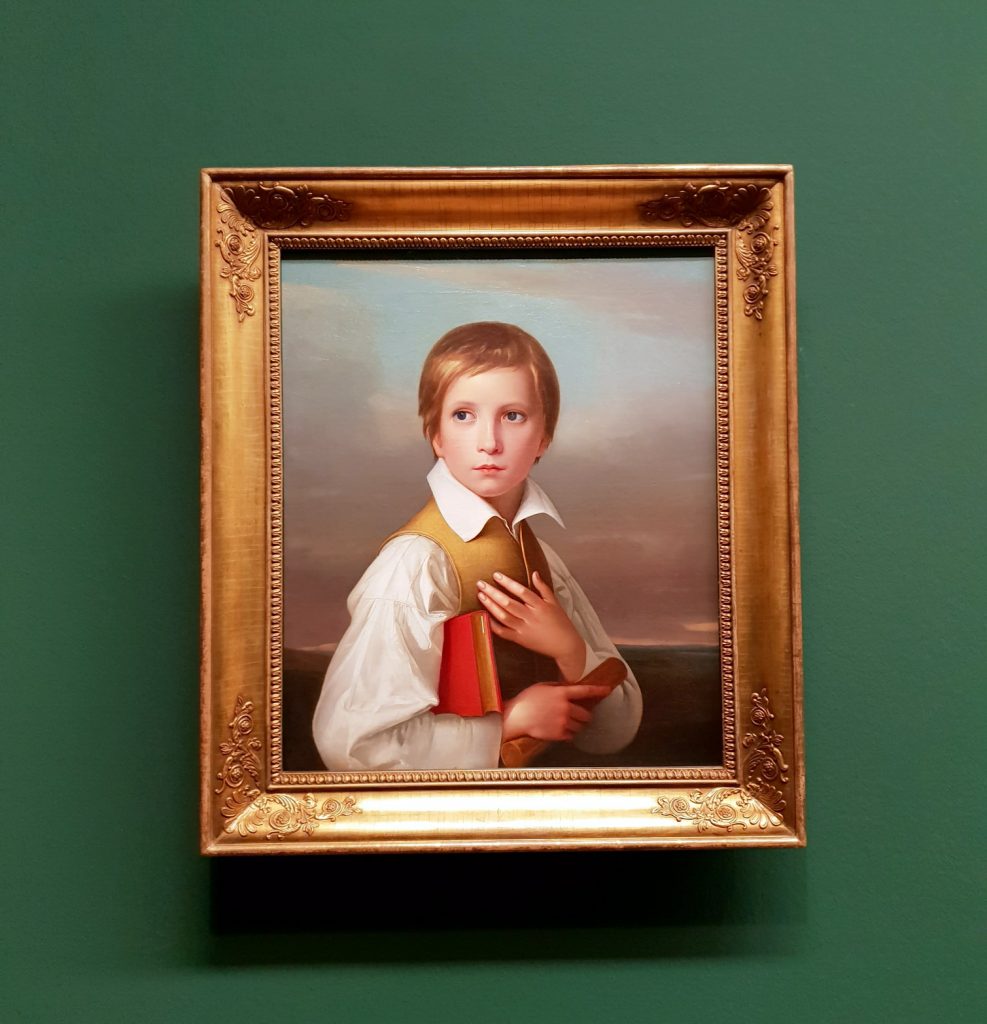 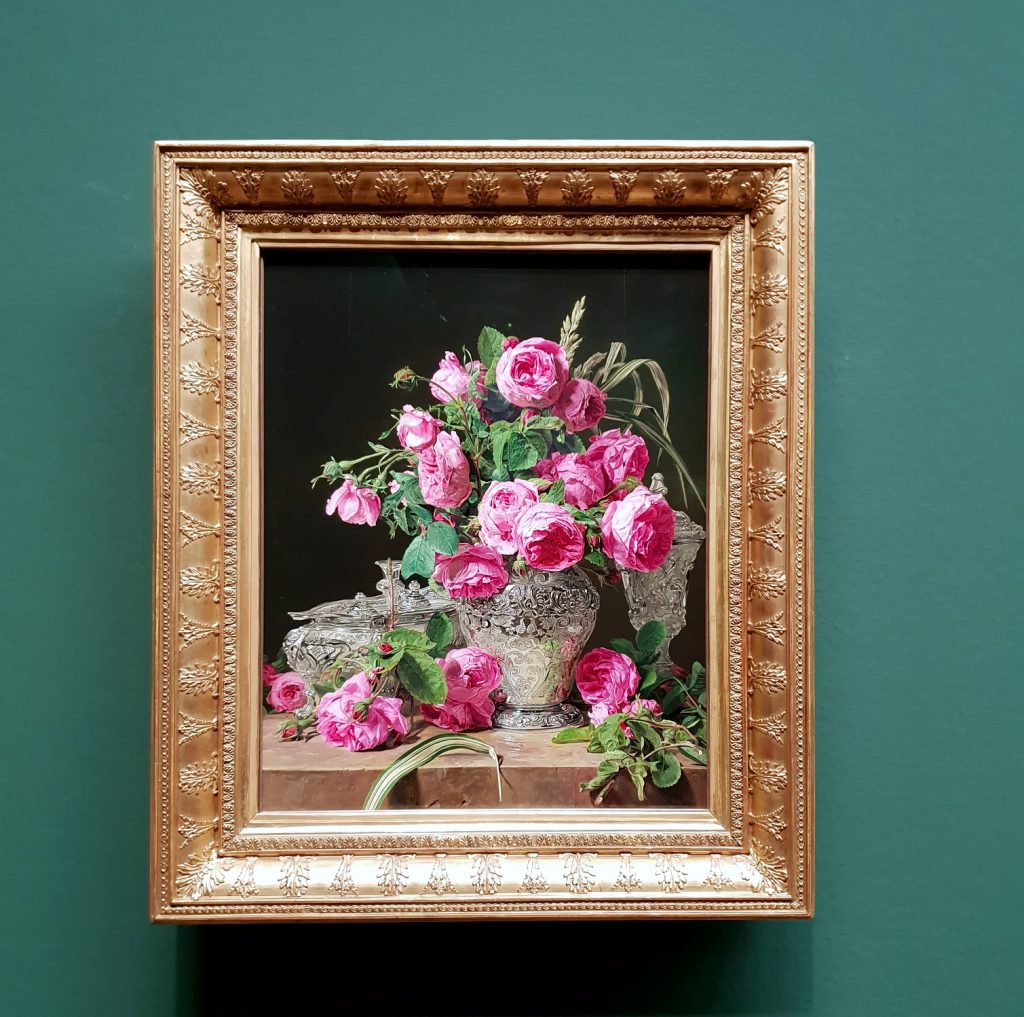 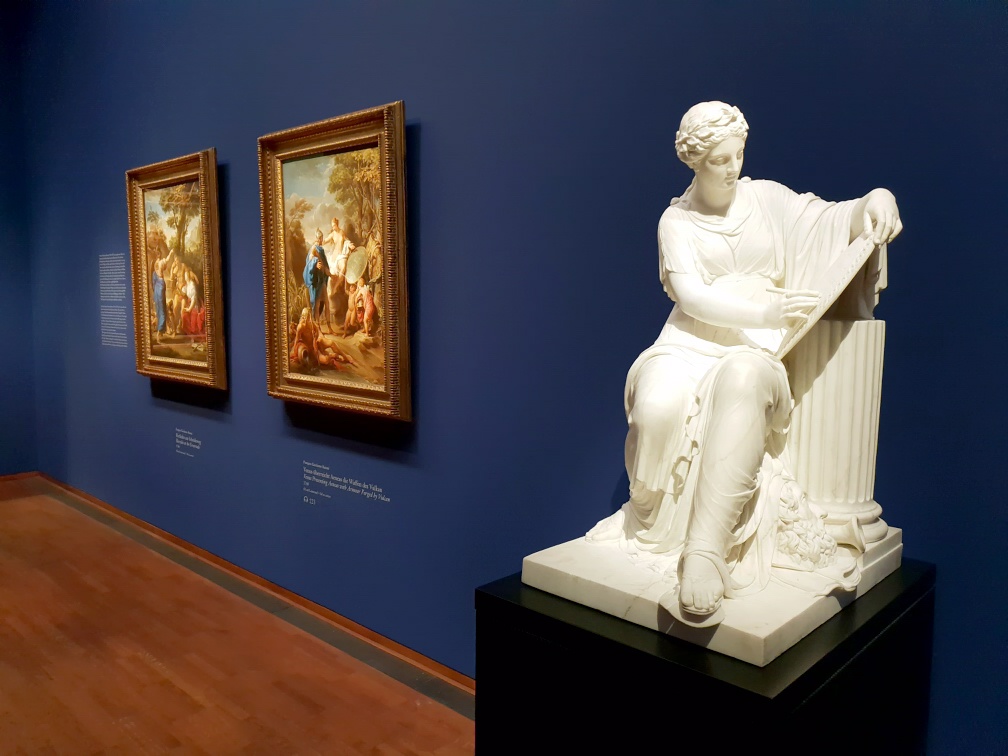 Franz Anton Zauner: Seated Figure of Clio (1779) – in the background paintings of Batoni 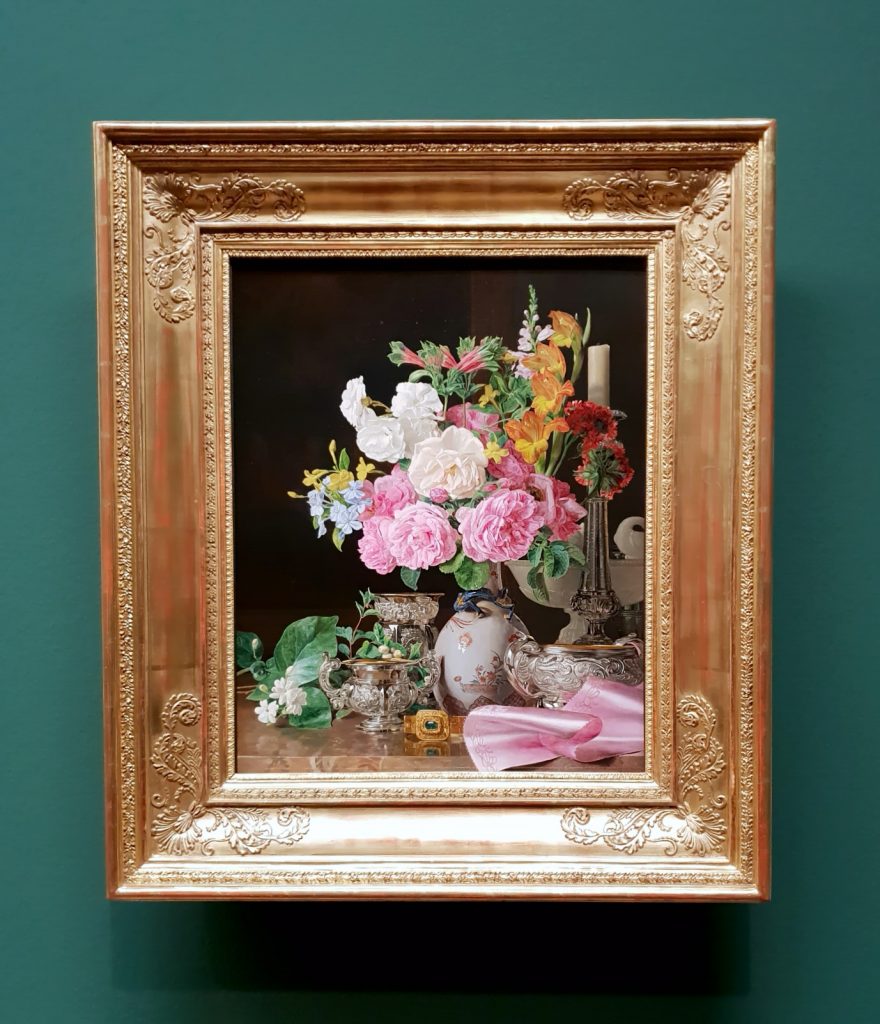 Ferdinand Georg Waldmüller: Flowers in a Porcelain Vase with a Candlestick and Silver Vessels (1839) 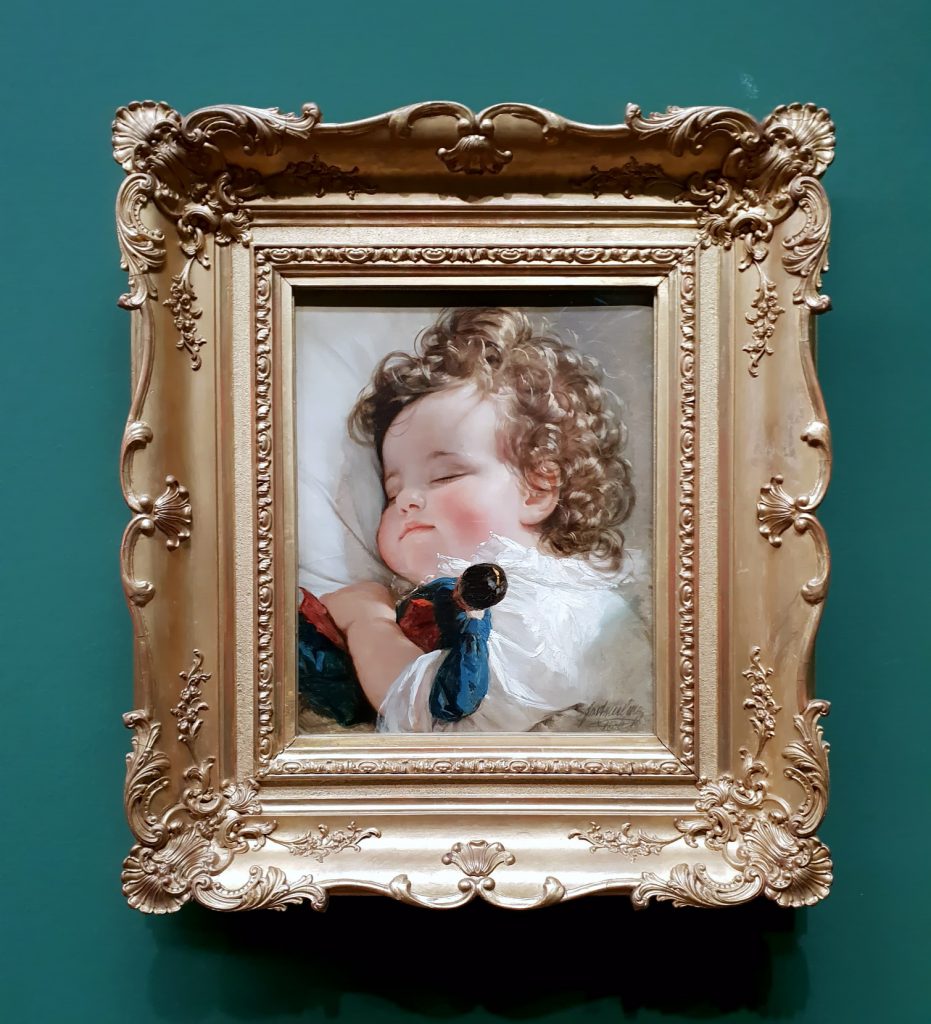 You can find more articles about art and culture here.