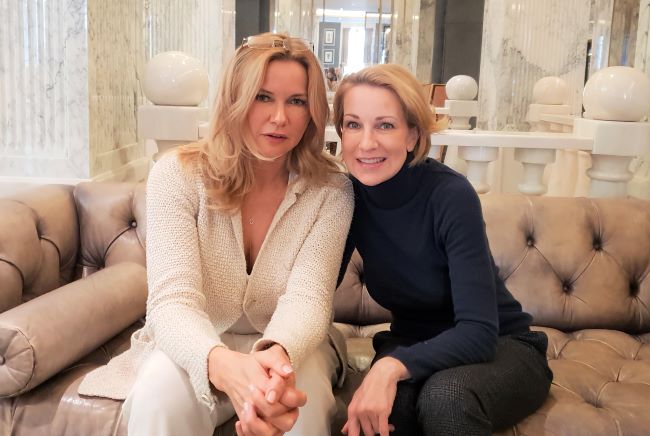 It’s Valentine’s Day. Veronica Ferres sits in a hotel lobby in Berlin and shows me photos on her phone, showing two huge rose bouquets. “From my husband,” she reveals and smiles. Veronica Ferres is one of Germany’s most prominent actresses and is the star of numerous TV and film productions. For six years, the 54-year-old has been married to the German financial entrepreneur Carsten Maschmeyer. They live in Munich with their daughter Lilly. 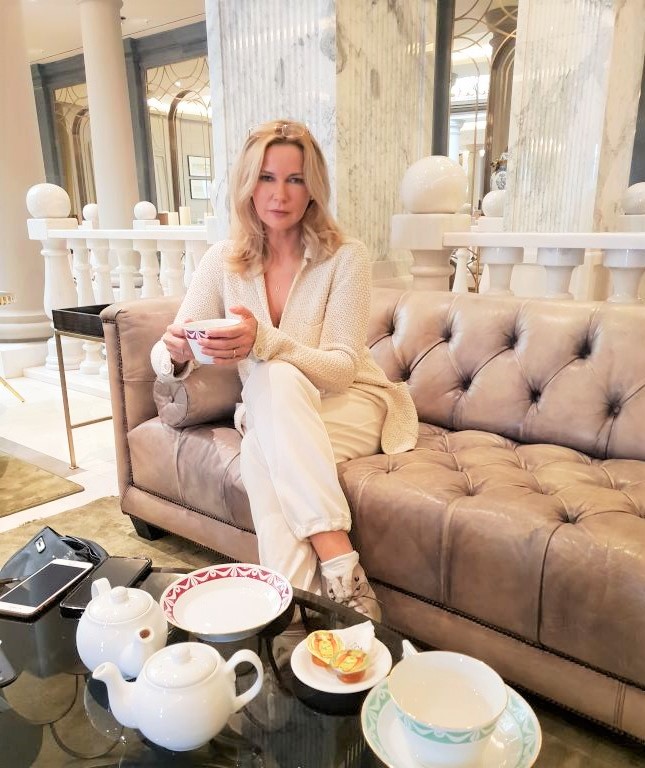 Despite her busy calendar, Veronica Ferres took her time for our reunion and the Meet me for tea interview

MyStylery: Congratulations, Veronica. You recently filmed the drug thriller “Dreamland” with Oscar winner Gary Oldman. Does this make the dream of Hollywood come true?
Veronica Ferres: Hollywood has never been my priority. Nevertheless, I have played in twenty-three English-language productions since the Oscar nomination for ‘Schtonk!’. In Los Angeles I go to every casting. Mostly it doesn´t work. Here it did and I’m happy.
MS: Many German actors dream of a career in the USA. Was that the reason why you moved to Los Angeles in 2016?
VF: When you’re shooting in America, this is seen more critically here in Germany. It indicates that one is not available for the German market. In 2016, we wanted to live abroad again with our daughter for a longer period of time, before she came to secondary school in Germany, where she graduated from high school last year. And since our son was studying in Los Angeles at the time, we all lived under one roof. 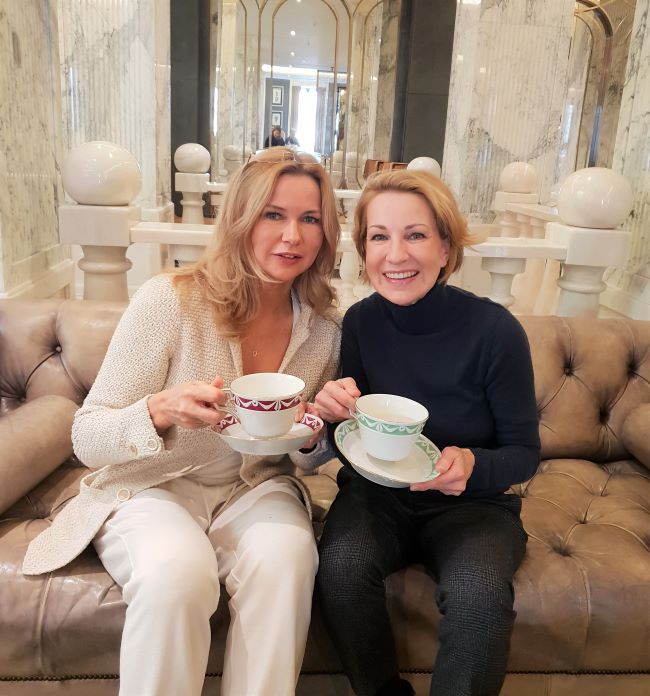 MS: How nice that you speak of Carstens children as your sons.
VF: They also call me mother.
MS: Really?
VF: Yes. They love me. And I love them. My daughter is in the truest sense my stomach child, the two boys are my heart children.
MS: That was not always the case.
VF: Yes, at first it was difficult. Every patchwork family faces big challenges. 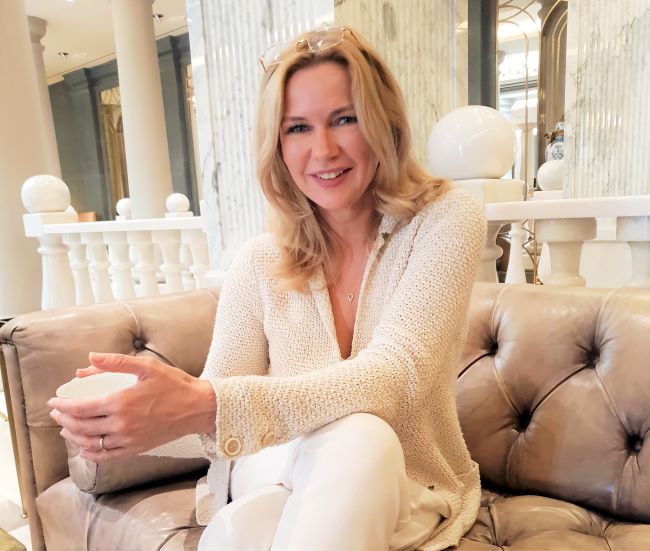 Veronica Ferres: “Supermodel instead of superwoman? At some point I accepted myself as I am.”

MS: Children find it difficult to accept the new partner. How did you manage to convince the sons of you?
VF: By speaking openly about my feelings and making it clear that certain things hurt me. Both have developed great respect over the years and have seen me as a hardworking yet warmhearted woman.
MS: At that time they were almost grown up.
VF: I think infants are more open than kids in puberty.
MS: Pubescent children are characters in their own world, always in search of themselves.
VF: Exactly. My daughter is eighteen and a half (laughs). The most important thing is to empower children in their talents, to give them so much love that they are rooted in the earth and yet have the wings and the courage to explore the world. Incidentally, I learn more things from my daughter than she does from me. 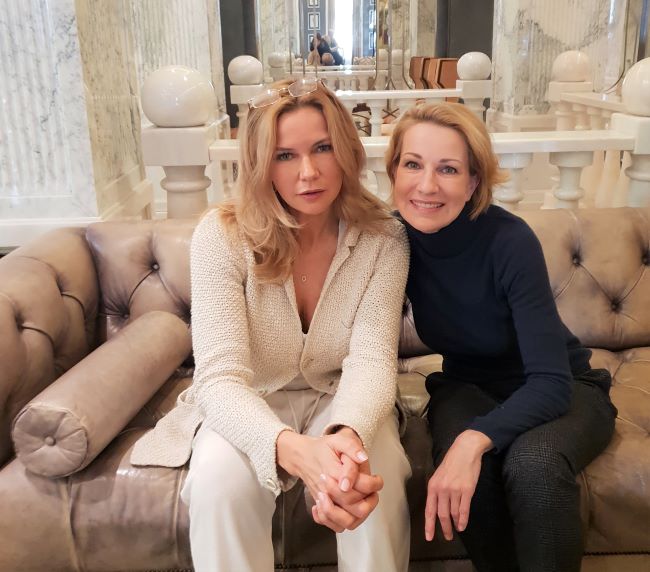 I met a relaxed Veronica Ferres who is completely by herself. And even though she didn’t really want to reveal anything private in the interview, she still gave insights

MS: As a young woman you were significantly more Veronica than today. Were diets a topic then?
VF: I was and am an aficionado and wanted to be thin at the same time. Supermodel instead of superwoman. At some point I accepted myself as I am. Living with my husband has also shaped me. He is a marathon runner who is physically active every day. And my daughter too. There is nothing left for me to do but to participate. I regularly train ‘Black-Bike’, a kind of spinning where I spend an hour on the pedals, along with thirty other women in a darkened room. And I train daily with the app ‘8fit’, a workout based on deadweight. It´s good for arms and happiness.
MS: You say seasonal nutrition is important to you.
VF: In the US, I discovered Kohl, ‘Kale’, which is a big topic there. Suddenly, there are vegetables that were totally out of style, like beetroot. Our grandparents lived with the seasons. Today, raspberries are nothing special for our children. In my childhood, they only existed in late summer, when we picked them from the bushes.

MS: Do you cook yourself?
VF: Yes. When I’m not shooting, I’m in my production office during the day, and in the evening, the family gathers to eat together at home. During the semester break, also our sons are there. The elder studied at Oxford and is now self-employed. The younger studied design in Pasadena and is still doing postgraduate studies in LA.
MS: And you drink tea.
VF: A lot, actually. However only in autumn and winter. For me, this is the cozy season in which I celebrate my rituals: In the evening before going to bed there is a bedtime tea and in the morning a detox tea. I love ginger tea, but I only drink it until 5 pm because it cleanses and induces the body. When I work and the days are long, ginger is my universal weapon and secret recipe. In addition, ginger tea strengthens the immune system. 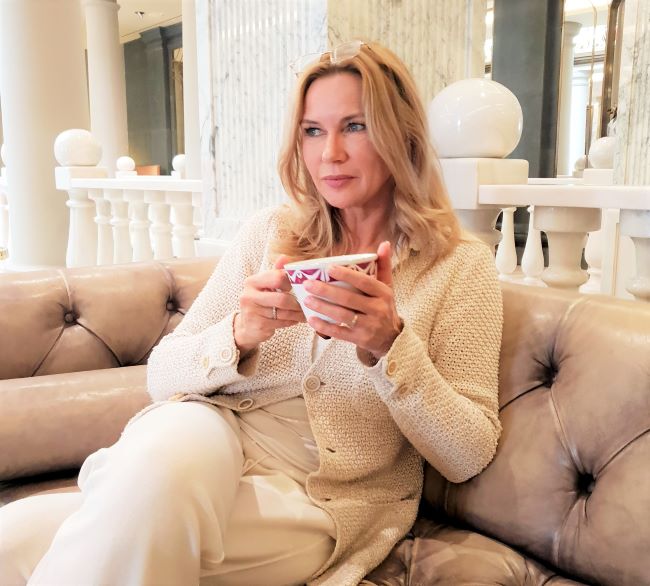 “Turning fifty was no problem at all. I go through life with the same passion and curiosity.”

MS: You are often confronted with the status of a billionaire’s wife. Was that why you came up with the idea of ​​separation of property?
VF: That’s a matter of course to me. I also relinquish maintenance and inheritance. Carsten and I meet at eye level. I think that’s the secret of our love. My mother, who sold potatoes and coals, reminded me how important it is to stand on your own two feet. I love my husband and that’s why I married him.
MS: How was turning fifty for you?
VF: No problem at all. I go through life with the same passion and curiosity. And professionally there have been great productions since then, for example with Til Schweiger in the American version of “Honey in the Head” on the side of Nick Nolte as well as films with Keanu Reeves, Helen Mirren or Keira Knightley. I also teach in Munich at the University of Television and Film and the encounters with young authors and filmmakers inspire me very much.
MS: Do you get more demanding as you get older?
VF: I’m getting more and more relaxed. The main thing is, I’m with the right people. BvH

The interview series “Meet me for Tea” is sponsored by KPM – Königliche Porzellan Manufaktur Berlin.
More interviews you can find here.