Who: Suzie Kennedy, artist and Marilyn Monroe lookalike
Where: Berlin 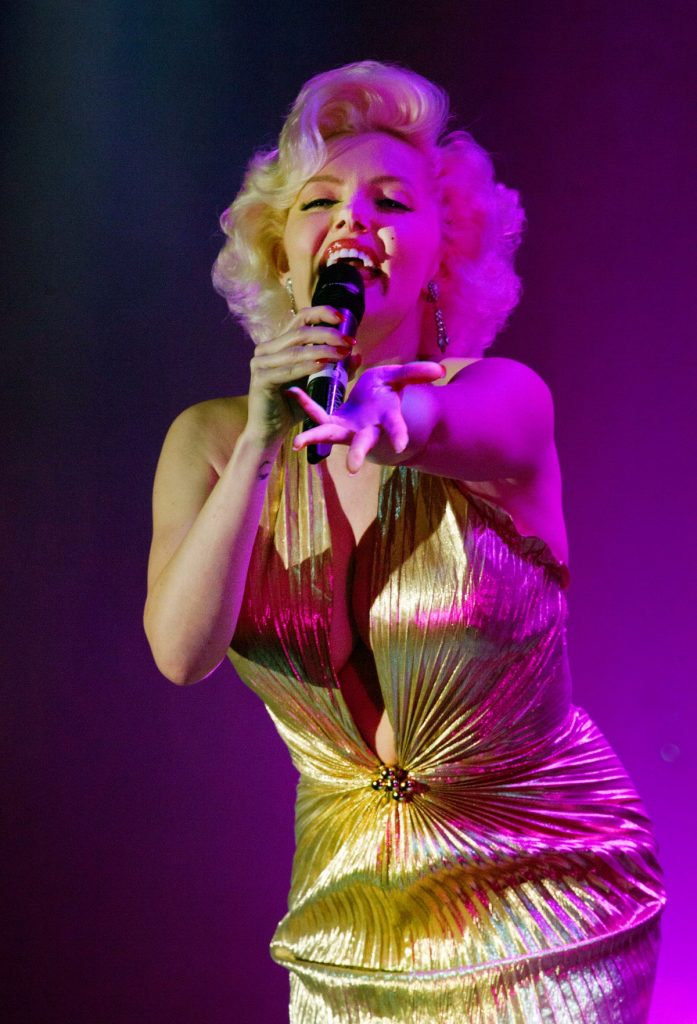 When Suzie Kennedy walks into a room, everyone in it takes a trip back in time. With her bleach-blonde hair, bright red lips and porcelain skin, she’s the spitting image of Marilyn Monroe. The similarities are not just skin-deep; she sings, speaks and even moves just like the glamorous Hollywood star. All in all, the resemblances pay off, not least when portraying Monroe in the internationally-renowned tribute show “Stars in Concert” as Kennedy has done for the last eight years.

“Acting was never my dream job”, Kennedy says. She wanted to be a vet, but her family couldn’t afford the tuition. She was born to a teacher and a draughtsman in Grants Pass, a city close to the Californian border in Oregon, USA. Kennedy’s parents separated when she was two years old.

She and her older sister grew up in London, and their father died when Kennedy was just a teenager. Her talents for singing and dancing were discovered by sheer stroke of luck, when, at the age of 15, she applied for work experience running errands for a dance school. The school let her take free ballet classes every day as payment. Afterwards, when Kennedy was studying for her A-Levels at college, people began commenting on her likeness to the Hollywood icon. An agent sent her to an audition, and she landed her breakthrough job: filming an advert for Nestlé with supermodel Naomi Campbell. From then on, the jobs came rolling in. Kennedy has worked for the likes of Citroën and Pepsi, and has appeared in international theatre, TV, and film productions. Acting alongside stars such as Ryan Gosling and Harrison Ford, she’s had roles in the documentary “Who Killed Marilyn Monroe”, the Italian film “Io & Marilyn” and “Blade Runner 2049”.

In 2016, Kennedy modelled Monroe’s iconic clothes for the auction house Julien’s Auctions. By happy coincidence, she is the same size as Marilyn was. The star was known for her curvaceous figure, but, as Kennedy stresses: “Marilyn was actually very delicate. She almost had a fragility to her.” Kennedy drastically changed her diet several years ago. Today, she is a vegetarian and stays trim thanks to her discipline, daily jogging, and working out with weights. Maintaining her flawless alabaster skin is simple in comparison: She doesn’t smoke and religiously applies a cream with SPF 50. 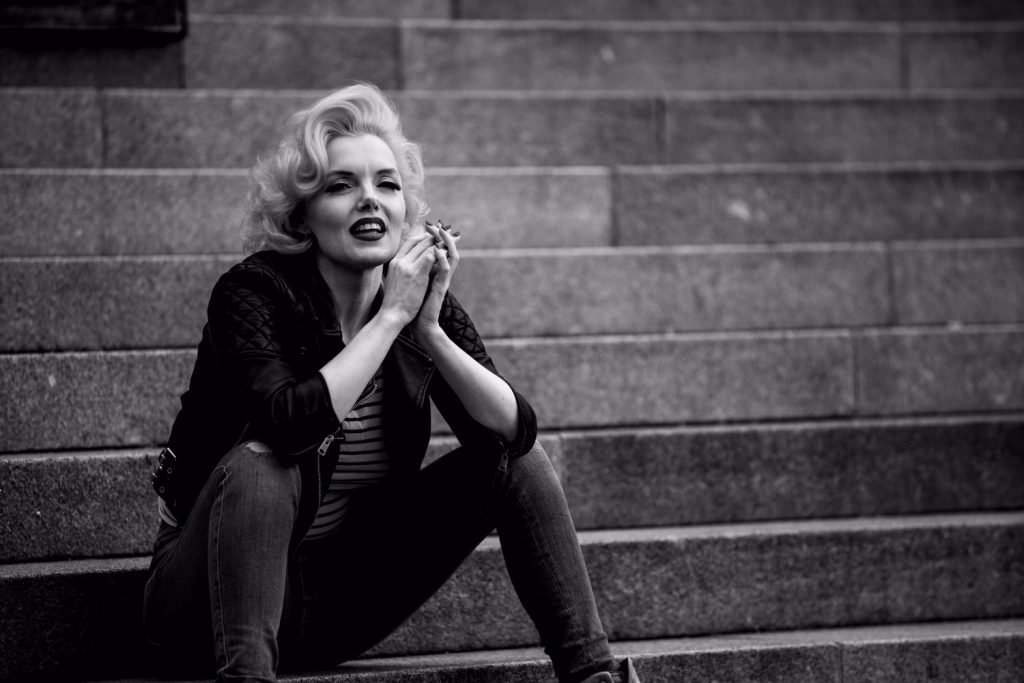 Kennedy’s wardrobe contains 40 replicas of the Hollywood legend’s iconic outfits. Her collection includes a dress identical to the one Monroe wore when she famously sang “Happy Birthday, Mr President” for the former U.S. president John F. Kennedy: a skin-tight silky number with thousands of crystals hand-sewn onto the fabric. The original sold for 4.8 million dollars at an auction to Ripley’s Believe It or Not Museum in America. Kennedy – the name is another happy coincidence – is regularly booked to perform the birthday song, with audiences including American TV star Eva Longoria and British businessman Sir Richard Branson.

In 2017, Kennedy won the accolade “Best Female Double” in Las Vegas for her portrayal of Marilyn Monroe. It was also in L.A. that she was discovered by “Stars in Concert” producer, Bernhard Kurz, back in 2010. Since then, she’s appeared regularly in the line-up of the internationally-renowned tribute show.

Kennedy becomes Monroe on-stage, but even off-stage, she lives and breathes the spirit of the Hollywood icon. She has read every biography and watched every film Monroe has acted in. “Marilyn is my soul mate. I’m just like her: vulnerable and a little shy, but I know exactly what I want.” They also share a difficult childhood; both women grew up without a father. “I admire Marilyn for the uncompromising willpower that helped her become the most famous woman of her time.”

Six years ago, Kennedy got her first tattoo out of gratitude towards her idol – a portrait of Monroe on her right wrist. “Marilyn changed my life. Everything I do, I do because of her.” Since then, the Hollywood star is always with Kennedy. “While I was getting this tattoo, I could feel her becoming a part of me.”

Kennedy has a twinkle in her green eyes when she confesses that there are, of course, some differences between the two women. For one, Monroe’s eyes were blue, and Kennedy believes that her idol got mixed up with the wrong crowd. “I’m lucky to have such wonderful friends, not to mention a great relationship with my mother”, she reflects. “But for me, the most important thing is my faith in God.” Even when she’s performing in Berlin, Kennedy prays every day and goes to Sunday services at the American Church.

Kennedy regards Berlin as a home away from her real home in London, where she lives with her pug dog and two cats. She loves the cosmopolitan vibe of the German capital, which is relatively affordable compared to London. Her favourite spot is the “Thai Park”, where an informal weekly food market sells fresh Asian delicacies for just a few euros. 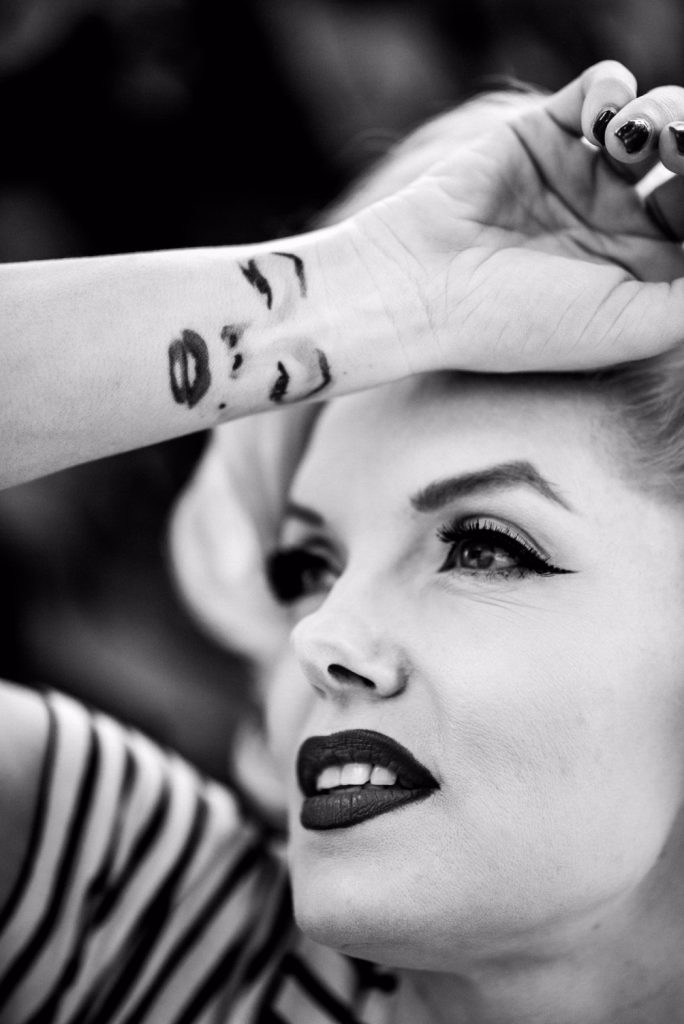 Six years ago, Kennedy got her first tattoo out of gratitude towards her idol (Photo credit: NOVA Productions)

Does she always channel Monroe in her day-to-day life? “I can’t just take off this look”, Kennedy says. She is often mistaken for Monroe when she’s out and about in the supermarket or in restaurants. “It has its benefits. I always get a table”, she laughs. However, her sensuous look has its downsides, too: some see her as a “blonde bimbo”, a stereotype that Monroe also struggled against all her life.

Is it difficult, always pretending to be someone else? “Lots of people would probably be happier if they were able to escape themselves now and then”, Kennedy answers with a smile. She has been portraying Monroe for over two decades now, but she won’t be able to play the starlet forever. Although she looks much younger than her 42 years, Kennedy is now older than her idol ever was – Monroe died at 36 under mysterious circumstances. Kennedy is well aware that the bookings will eventually dry up, marking the end of her career as a look-alike. Marilyn Monroe is her defining role, and she can’t imagine ever playing another person. “Being Marilyn isn’t a job, it’s an honour.” BvH 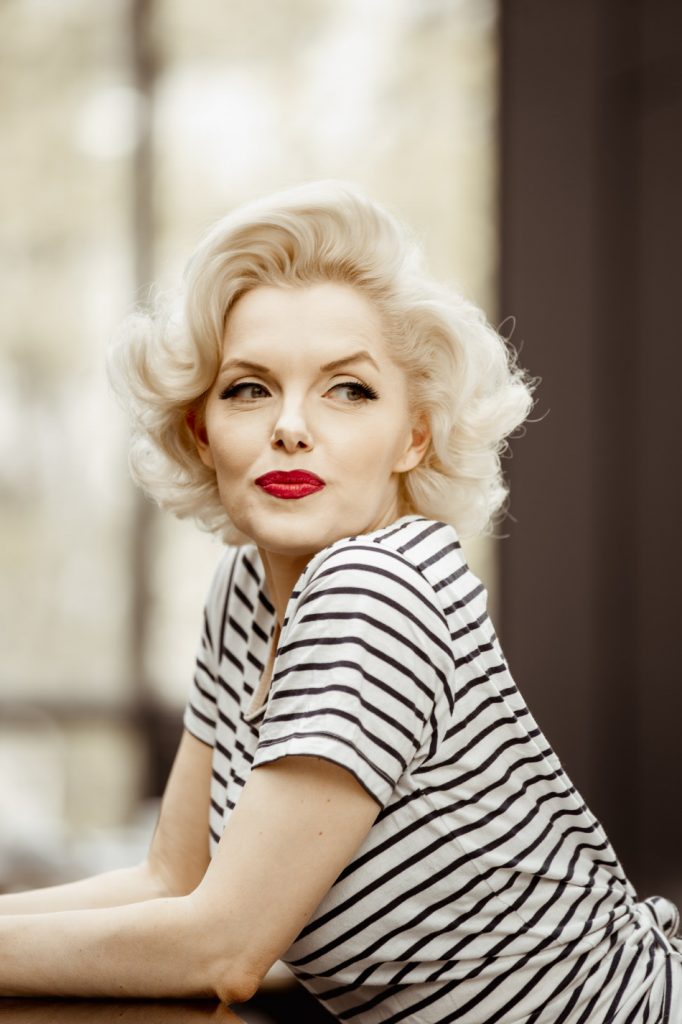