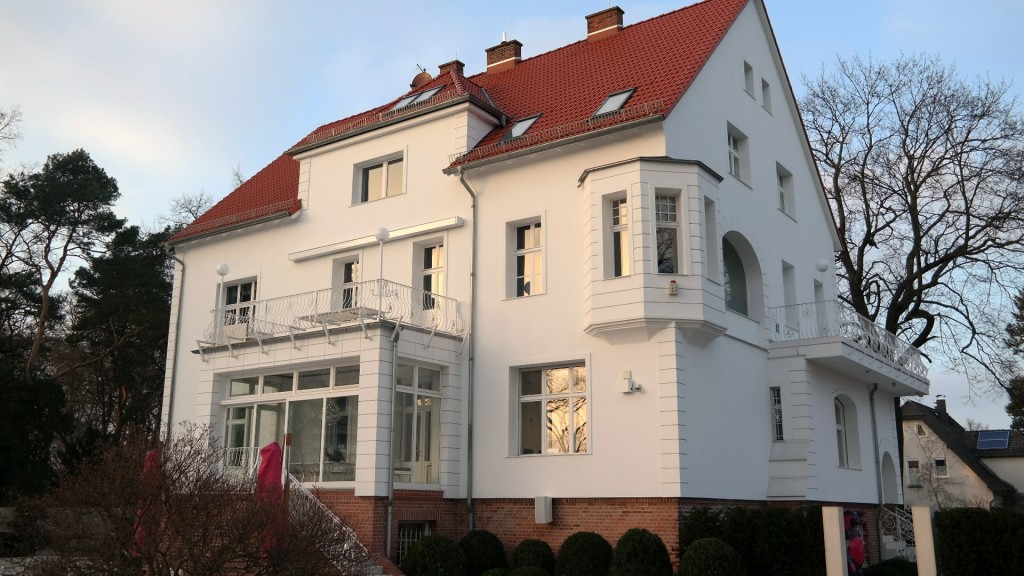 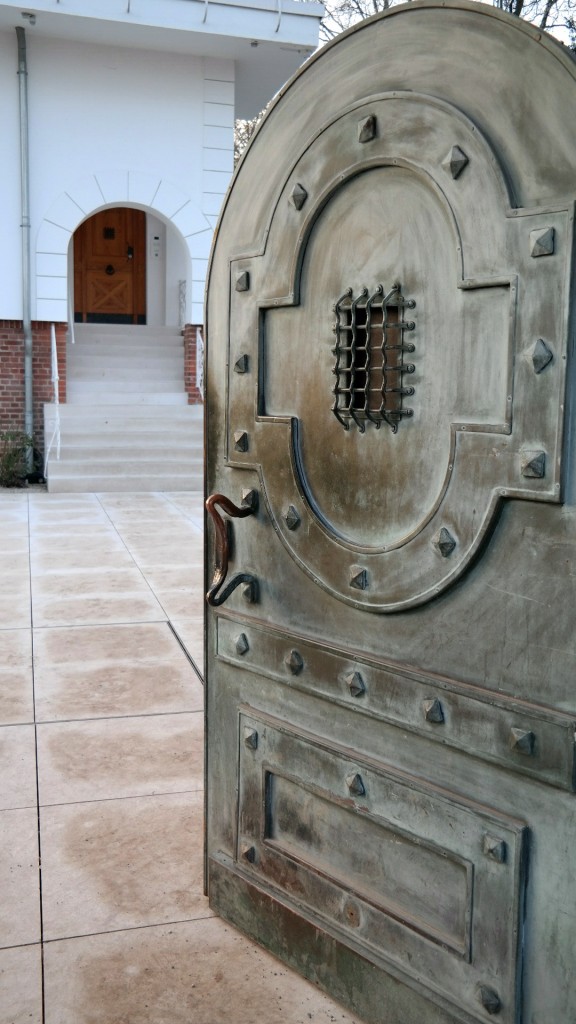 Every morning when Jasmin Taylor wakes up, she first notices the pink silk-covered pouf in her boudoir; behind is a whole armada of pink bags, shoes in all imaginable pink-nuances and even the walls of her walk-in closet are covered in pink silk. The prospects of the successful touristic-entrepreneur, who welcomes me with her pink pumps and matching pants in her villa in Berlin, weren’t always the best. Born in Teheran, she witnessed the begin of the Iran Revolution with thirteen years, whereupon her parents sent her to Germany with 17. All alone and without any knowledge of German, she began a new life in Bonn. She learnt the language determinedly, got the German Abitur, studied Psychology and Management in the USA afterwards. Back in Germany her carrier in the tourism industry began. 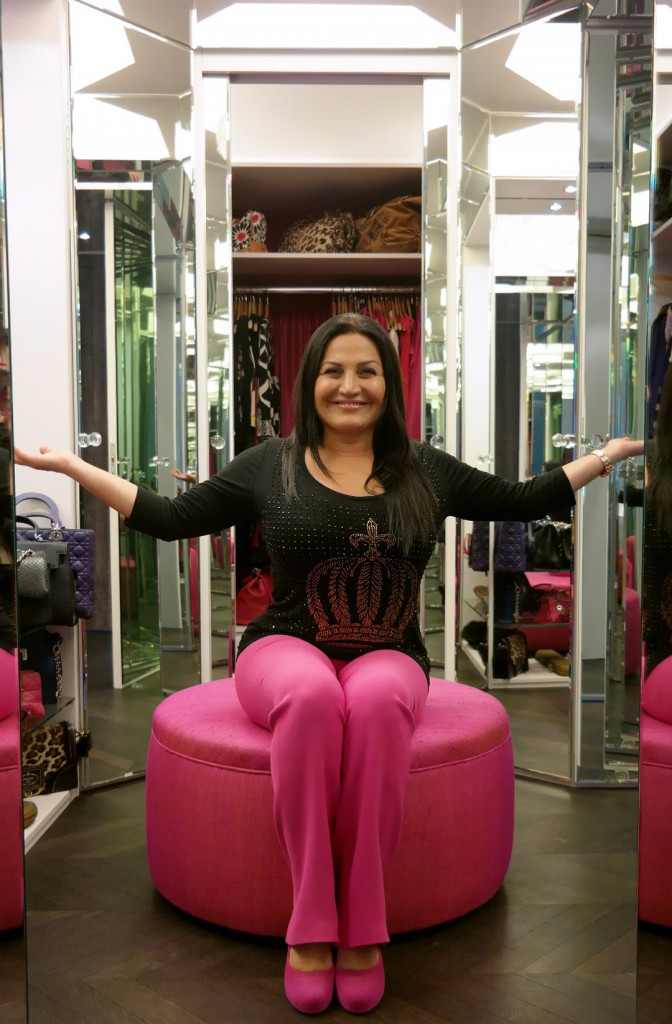 MyStylery: Mrs Taylor, where does your proclivity for the color magenta come from? Even the logo of your firm JT Touristik is pink.
Jasmin Taylor: Pink symbolizes feminism, emotionality and is a signal color at the same time. As women eventually decide on the travel destination, the color design of the logo seems to be a logical consequence. 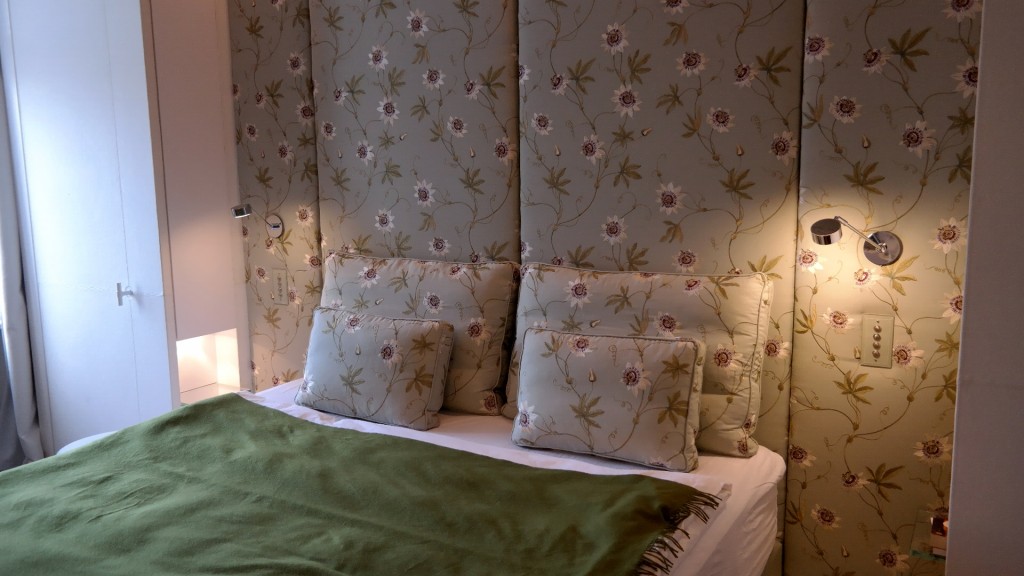 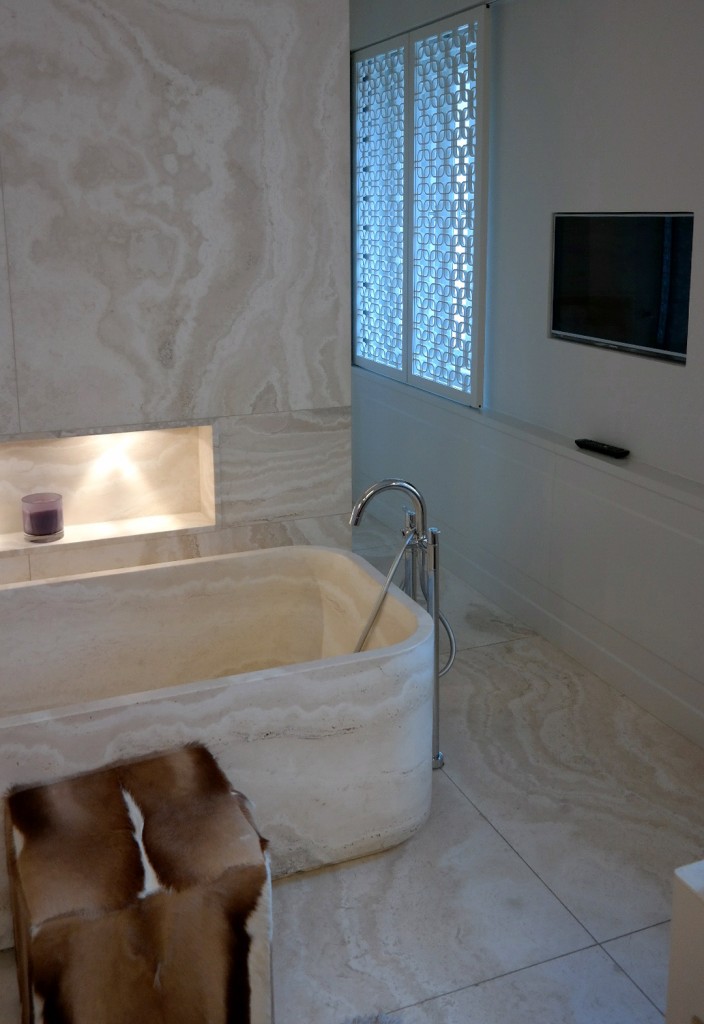 The ensuite bath of the masterbed room

MS: You studied Psychology and Economics. How did you become a travel organizer?
JT: This was more a coincidence. I knew that I wanted to create an online-company. The only things with which you could make money online around the turn of millennium were CD’s, books and travels. As is liked travelling, I decided for the touristic line. In 2002 I started as a “one-woman-show” and established JT Touristik in 2009. 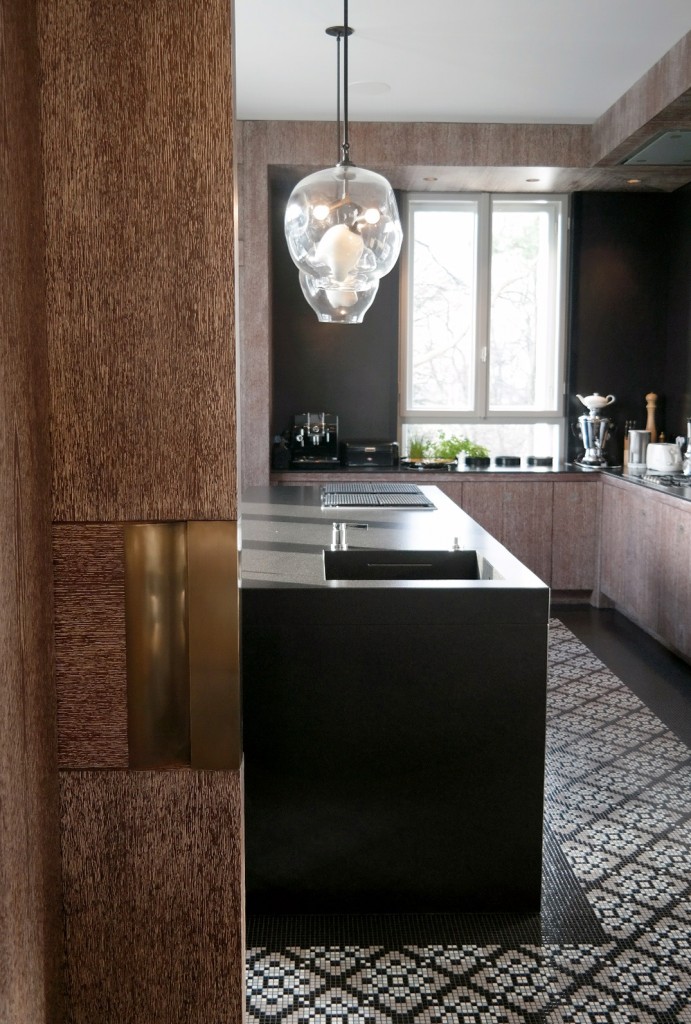 View from the dining room into the kitchen. „Terrarium“ lamp by Lindsey Adelman New York 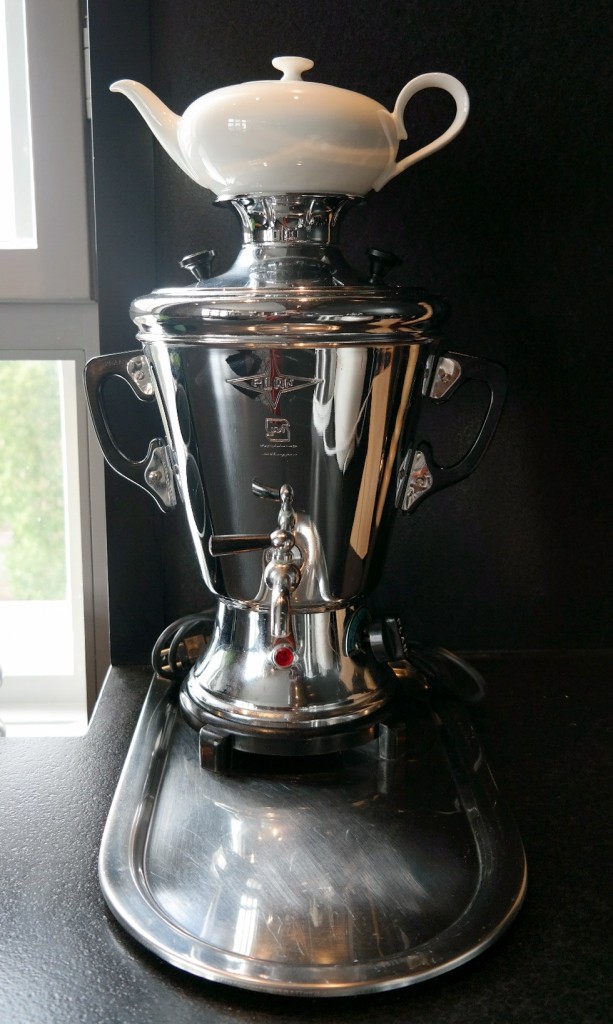 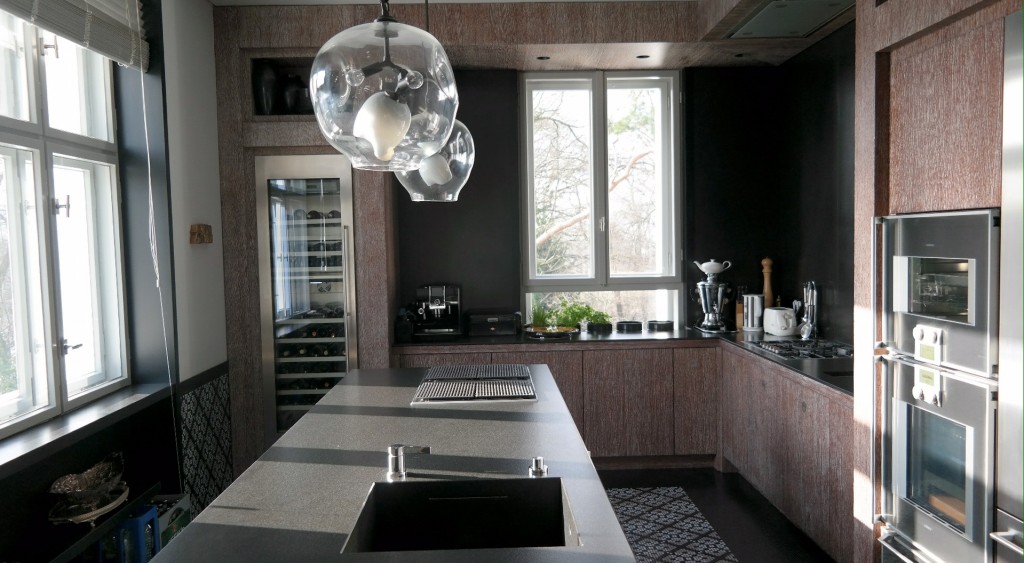 MS: The “Travel Industry Club” elected her as travel manager of the year in 2011. Her company made 150 Million Euros in the past year; she employs 60 staff members and offers travelling in 150 destinations. How did you get so successful?
JT: It’s the cost-benefit ratio, which convinces our clients. They book a five star hotel for the price of a four star house. I call this “Value for Money”. 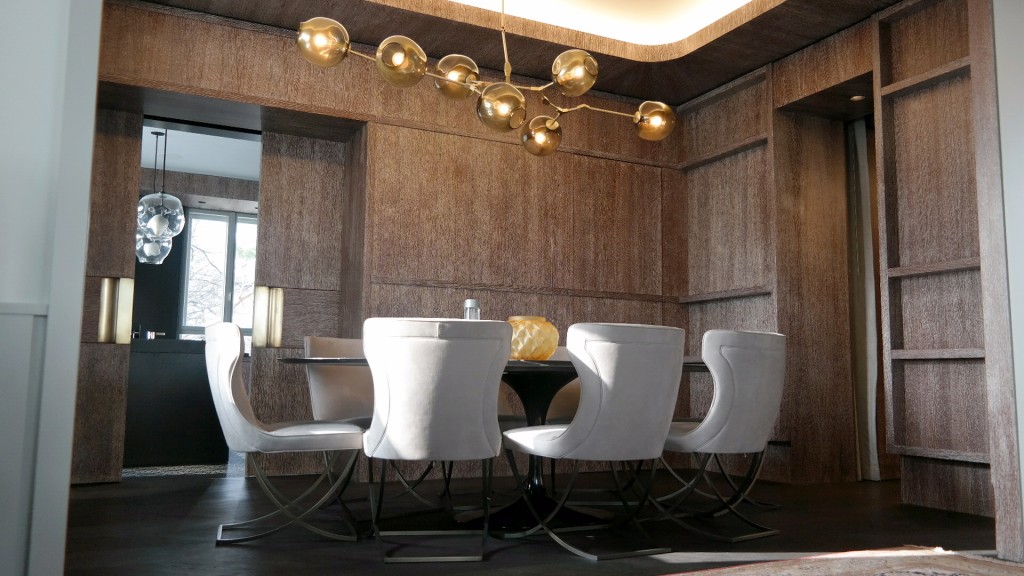 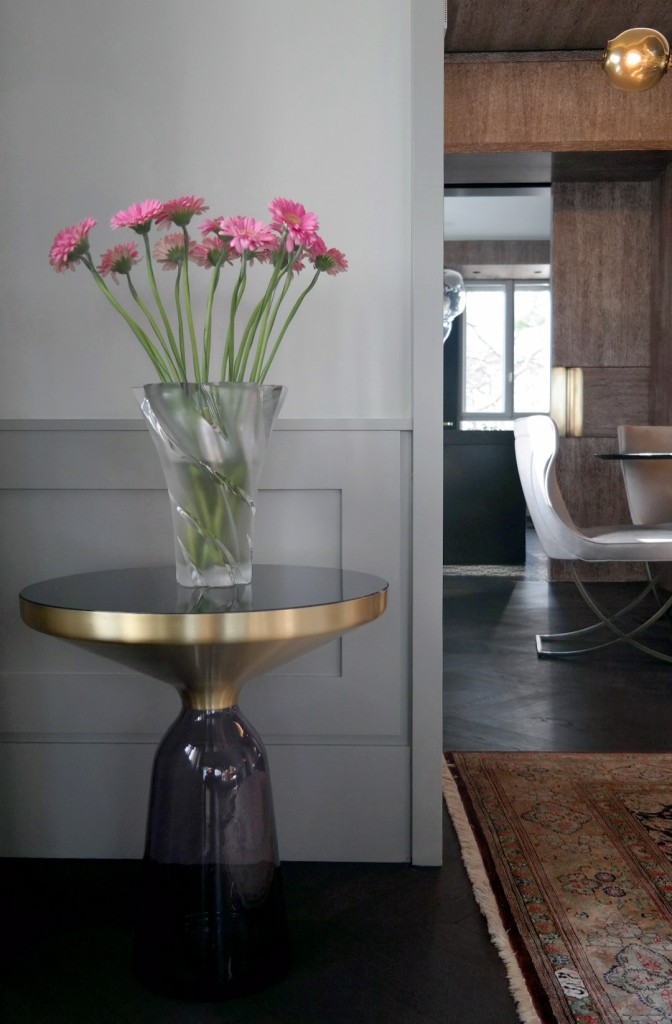 The round glass table by Sebastian Herkner for Classicon. The Gerbera bouquet is of course in Pink

MS: Berlin is your center of life. What inspired you about the city?
JT: Berlin is the only cosmopolitan city in Germany, if not even in Europe. After I even found my dream house in the capital five years ago, Berlin to me is “the place to be”. 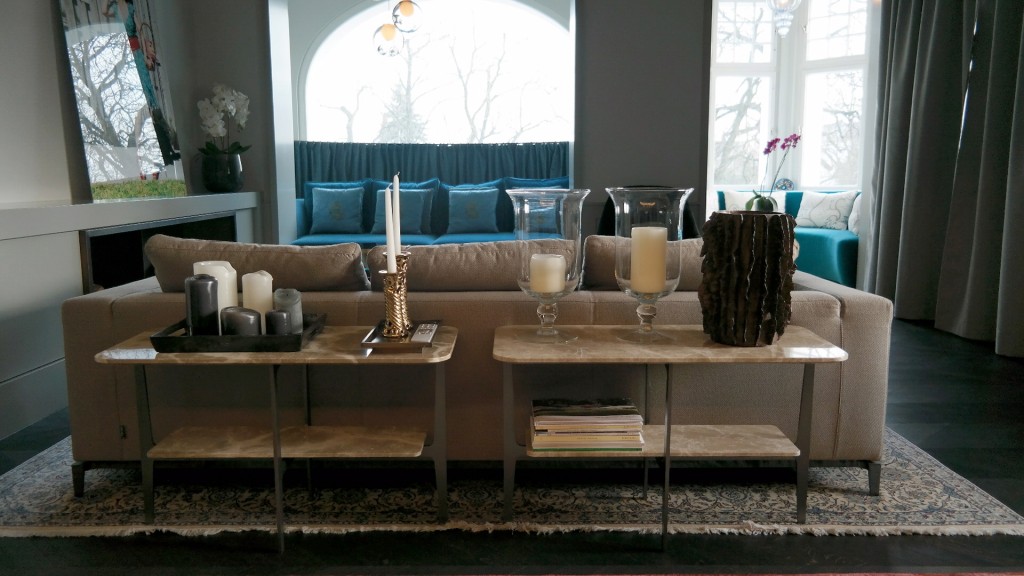 View into the livingroom: Sofas by Minotti with fabrics by Etro

MS: How do working and living in the same house work out? Isn’t a little distance missing sometimes?
JT: No, quite the contrary. I have short distances. This saves time. When I designed my private flat, I made sure that the concept of color is different to the one of the company’s rooms; even though I couldn’t completely – to my architects chagrins – quit pink. (laughs) 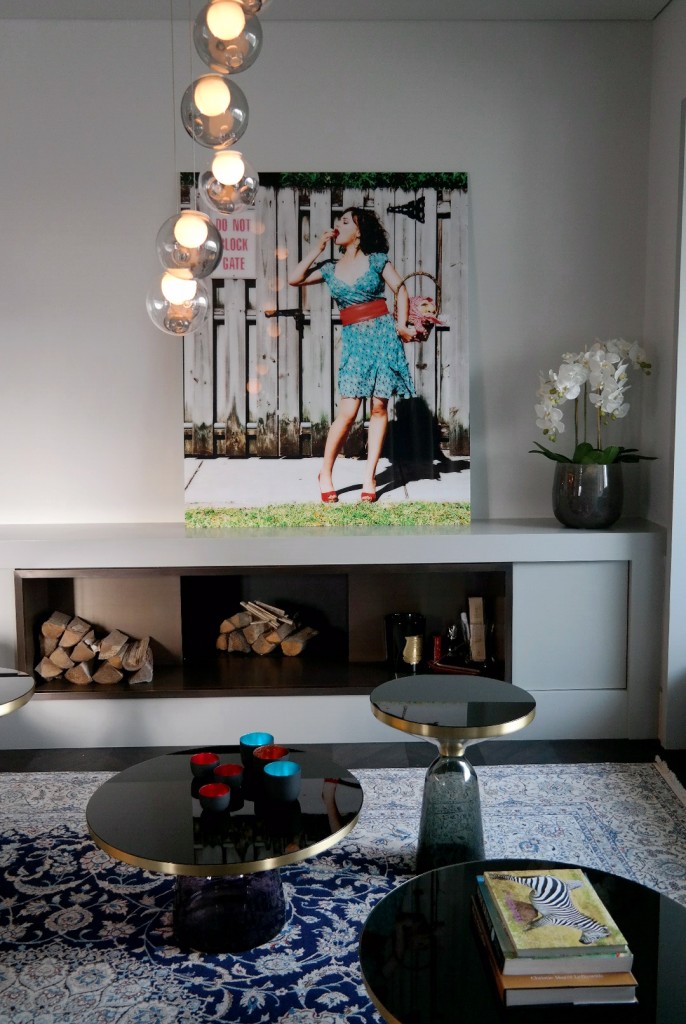 In the living room the photographic work „Don’t Block“ by Eva Hassmann (2012) above a brass fireplace. Ceiling lamp by Bocci

MS: When you bought the villa in 2010, you found yourself in ruins.
JT: Yes, the house was in a miserable state, my nephew called it “Dracula’s Villa”. The roof was open, the nature was in control, birds nested everywhere. It’s already being refurbished since five years. 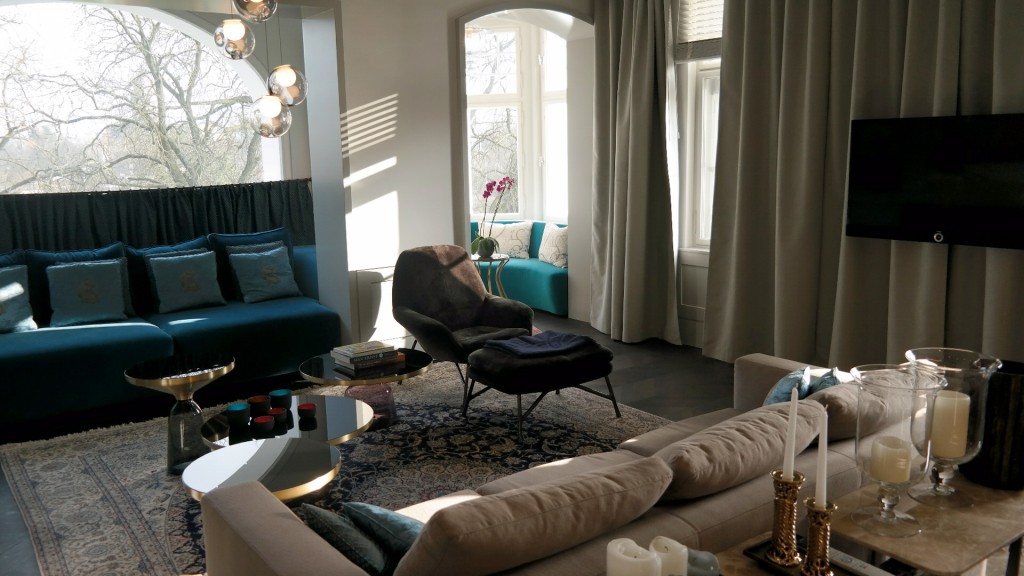 In the ancient Persian carpets, the artists have immortalized themselves by name. “A carpet is made of more than 100 million nodes,” says Jasmin Taylor. “They stand for a lifetime.” Chocolate brown lambskin chair “Prince” with pouf by Minotti 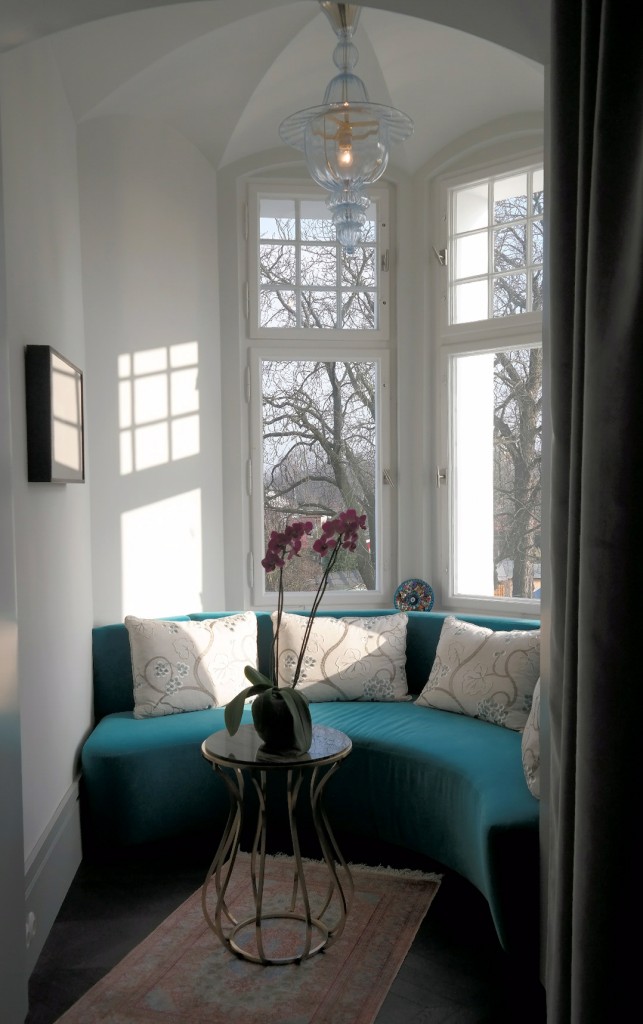 “The important thing to me are cozy sitting areas,” says Jasmin Taylor on the design of the oriel

MS: What was important to you for the interior concept?
JT: The concept I worked on together with the Berliner architect Holger Hansen and the interior designer Karim El-Barbari. It’s inspired by French Art-Deco and the Wiener Akademie in the 1930s, but interpreted modern with clear lines and luxury materials. And it was supposed to reflect upon my oriental roots, which Holger Hansen and Karim El-Barbari worked out perfectly. My father often traded in fabrics and silks, so that I already had an affinity to textiles. The antique Persian carpets were the demands for the interior design, everything else had to be fit on them, after the motto: Prussia meet Persia. The outcome was a mix of modern and classic elements, with which I am very happy. 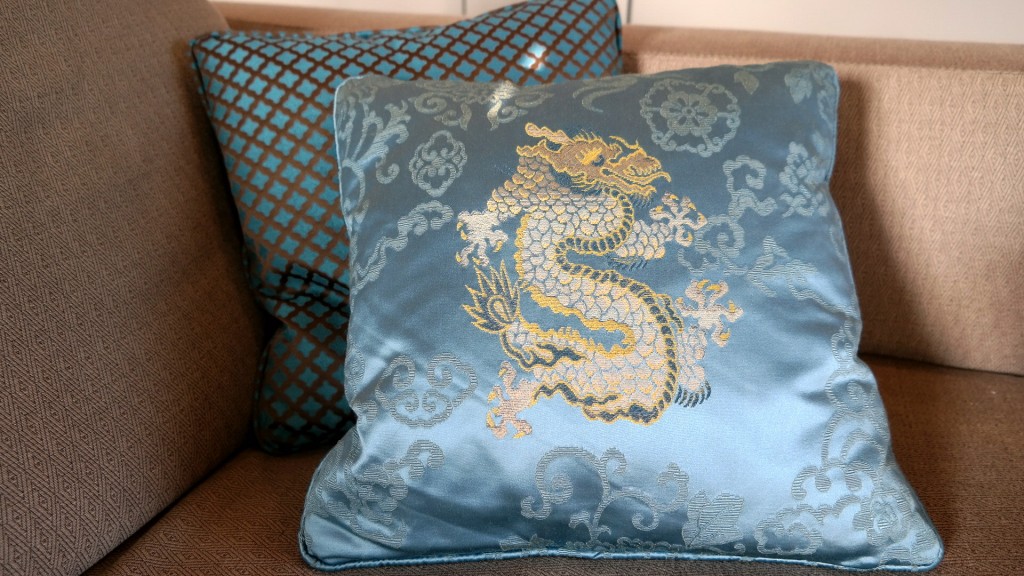 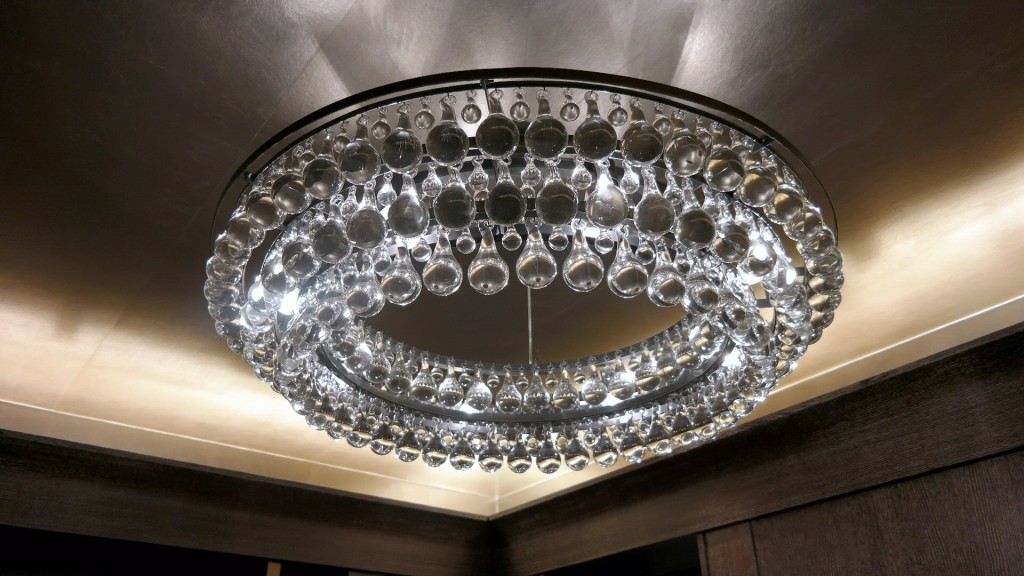 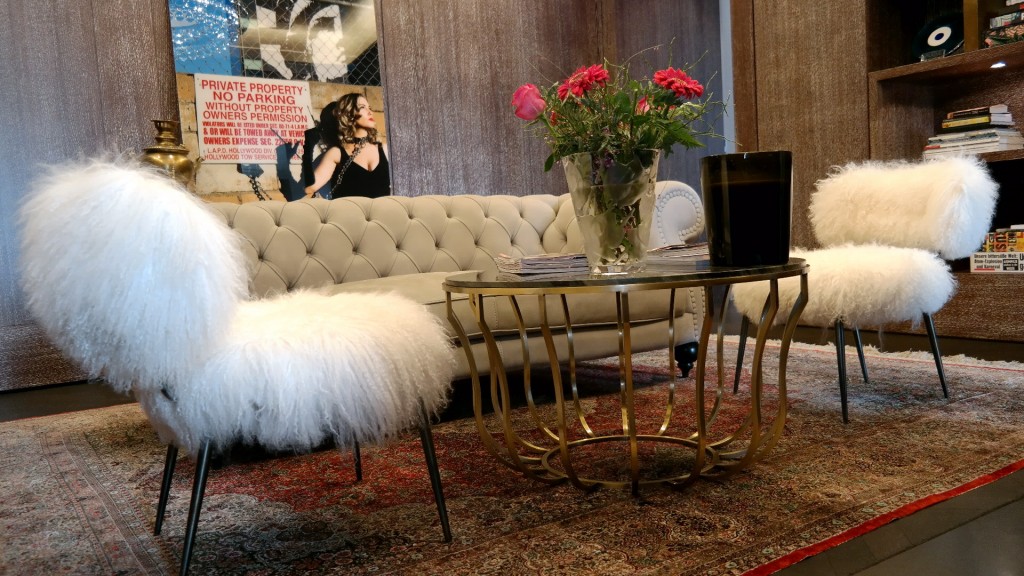 The suede sofa and the stools of Mongolian wool (design: Paola Navone) are from Baxter 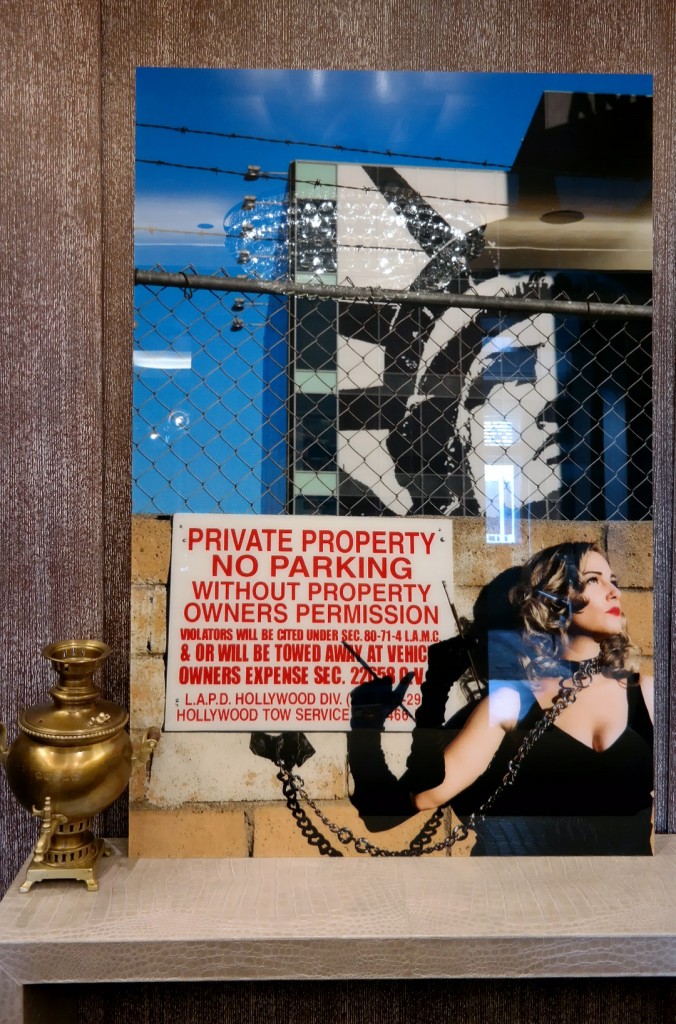 The photografic work “Private Property” by Eva Hassmann (2012), Sideboard by Fendi. The brass samovar is an heirloom of Jasmin’s grandmother

MS: Living this dream in such a dream house, are there any spare wishes?
JT: Of course I still have wishes, for example that my mother stays healthy and fit for long. A life without dreams would be miserable – no matter what one achieves. BvH 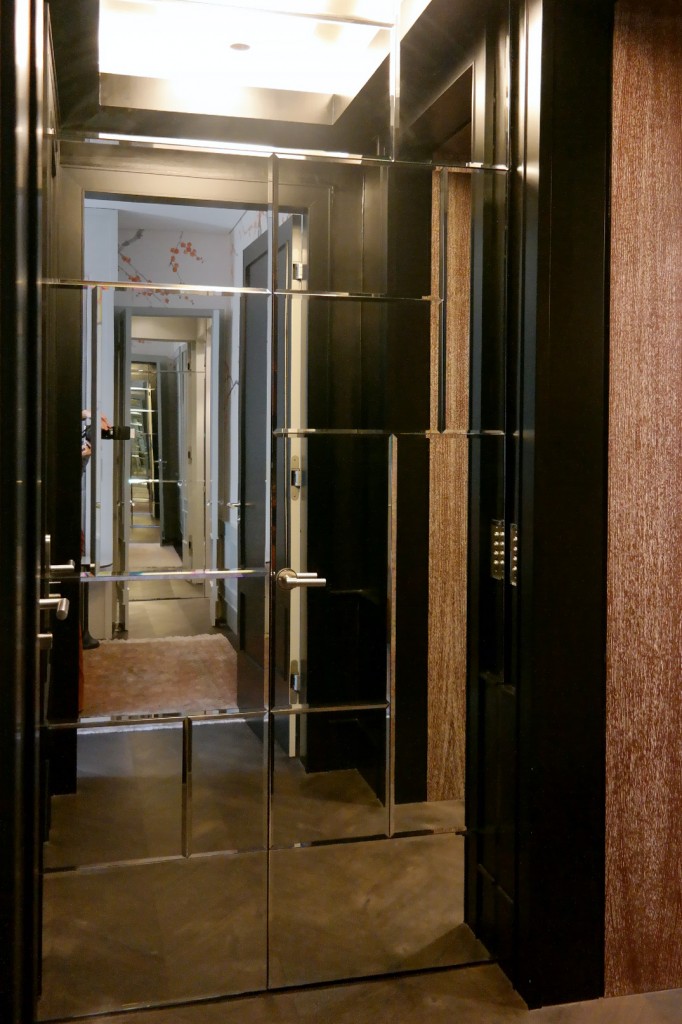 Mirrored doors are reflecting the light in the hall 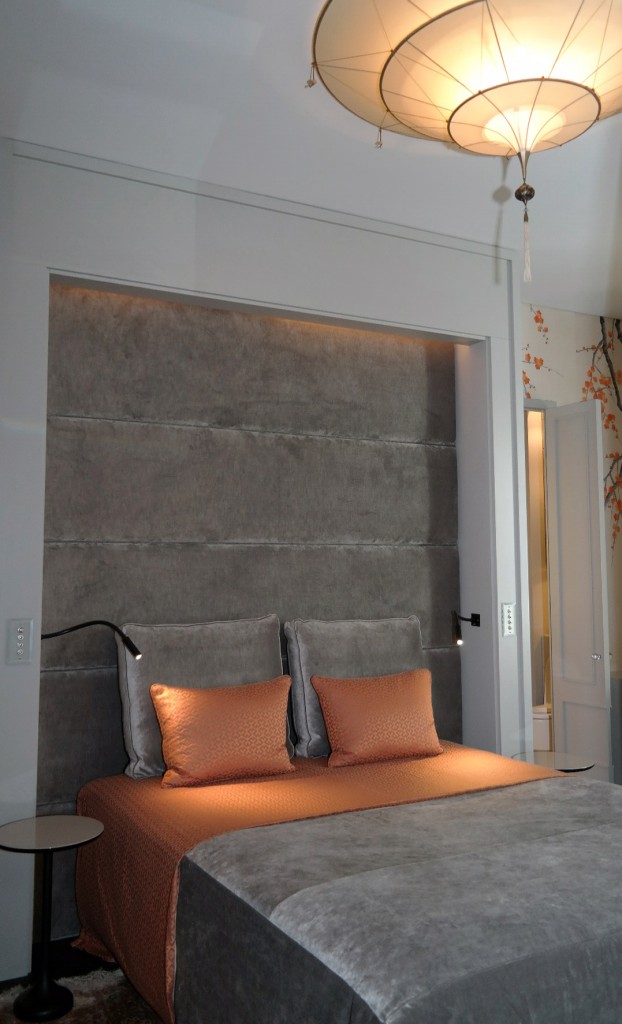 Oriental ornaments can also be found in the guest room 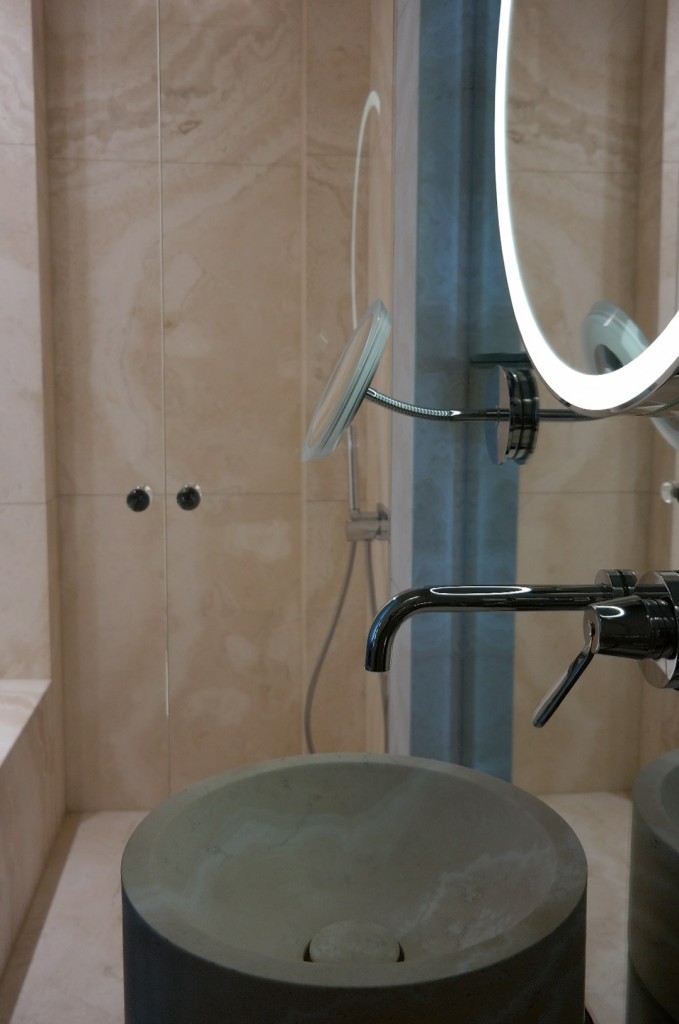 Even the guest bathroom is custom made 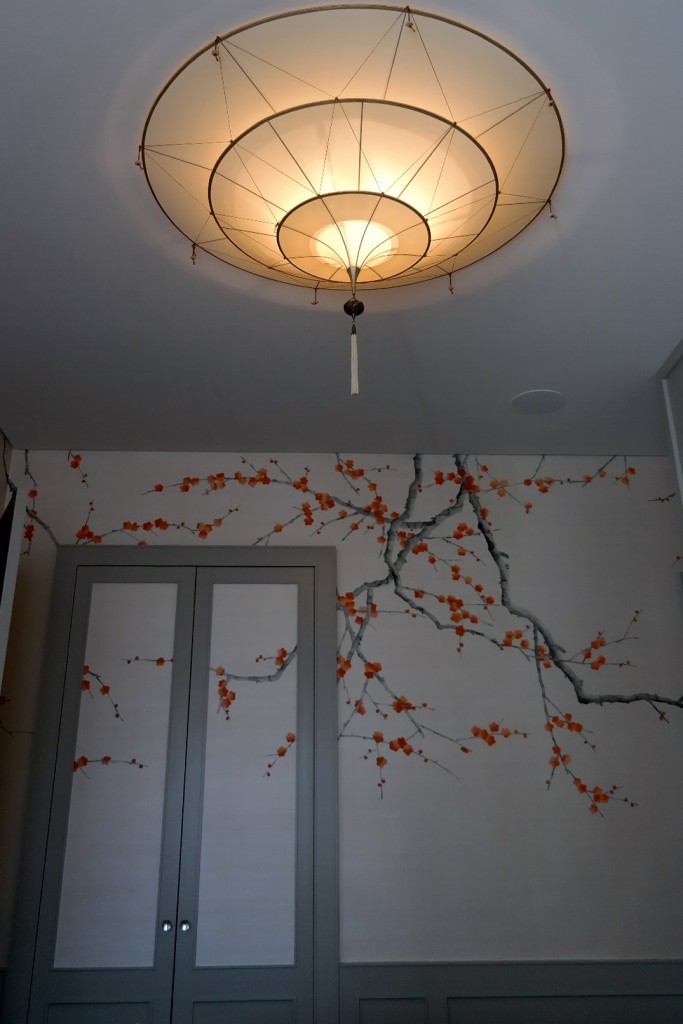 The silk tapestry is a special model of the English manufactury Degournay. Ceiling lamp “Scheherazade” made of silk by Fortuny 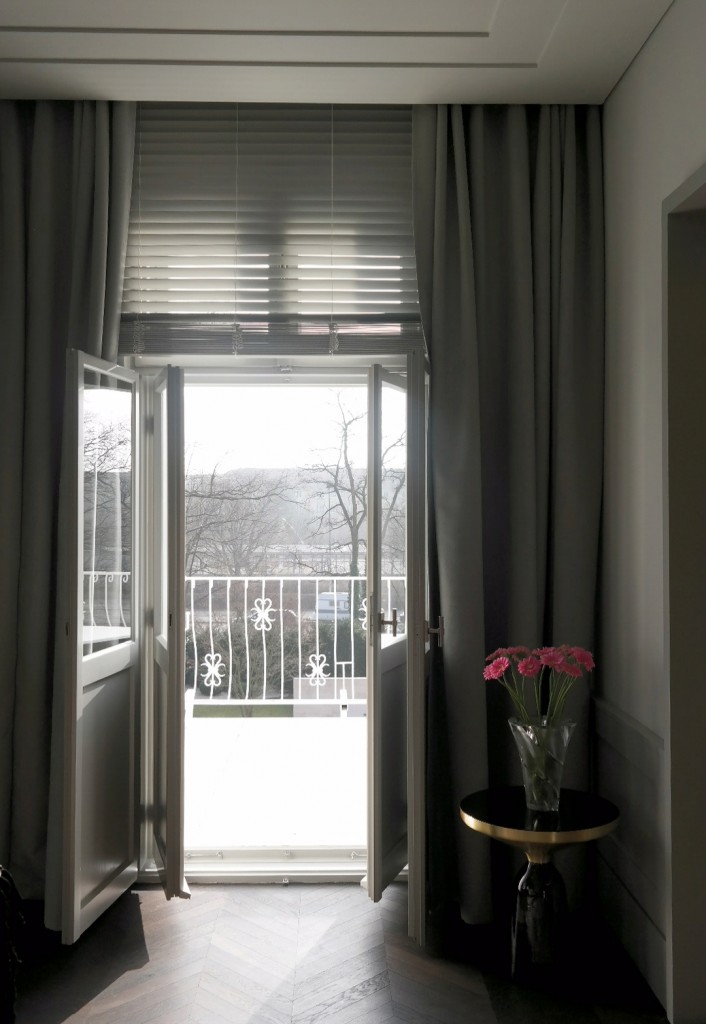 View on the terrace