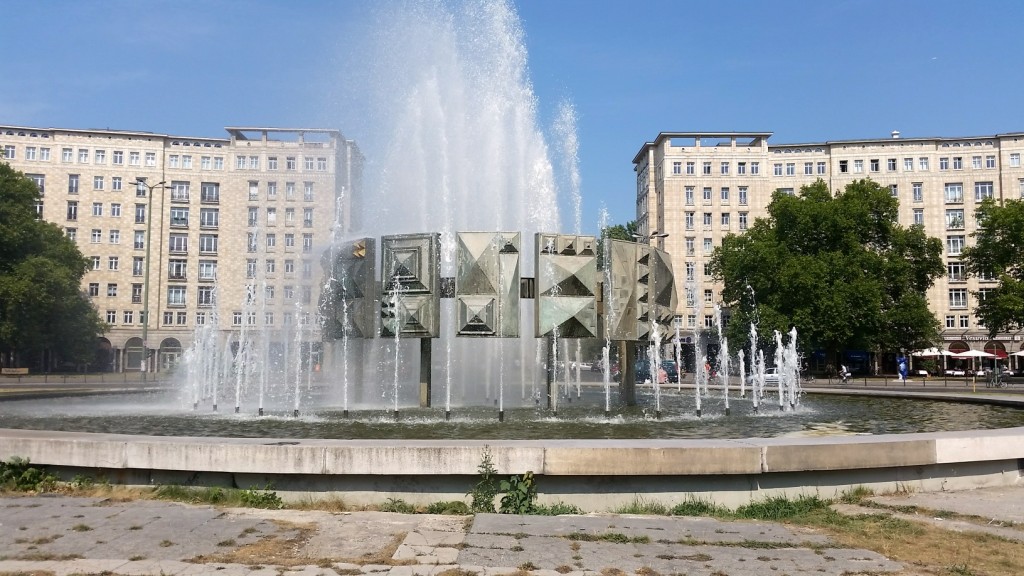 The Straußberger Platz in Berlin-Mitte

I ring the bell, the door opens and Müller welcomes me fawning. Müller is a truly cute, black-white-fury, French bulldog and is used to the current stream of visitors. Most of the guests, who are giving themselves the handle at Straußberger Platz in Berlin-Mitte, are refugees, who Mueller’s master grants his private rooms to. By now, the warm-hearted man already hosted 54 people from eleven nations in his 112 square meters design flat. “I actually have a screw loose”, describes Andreas Tölke himself and his willingness to help. “I don’t know the people. Who knows, maybe you’ll get assassinated in your sleep.” Andreas Tölke grins and sips at his glass of water. 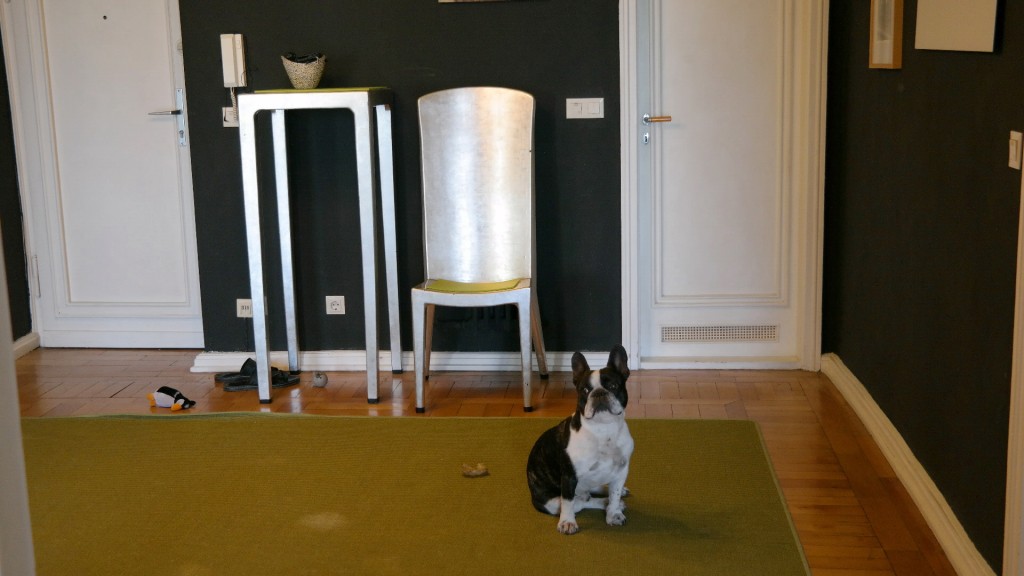 Tölke, who is a confessed dyslexic, studied social worker, experienced waiter and proven model booker earns his money nowadays as demanded journalist with portraits about people, art and architecture – inter alia for ‘Welt am Sonntag’ and the ‘Lufthansa Magazin’. The passionate writer finds interviews with actors tedious. “They already talk enough and don’t have to say something to everything”, finds Tölke, the storyteller. “Sarah Jessica Parker was one of the few exceptions, as she has something to tell. But I don’t want to ask Iris Berben, how she’s coping with her age.” 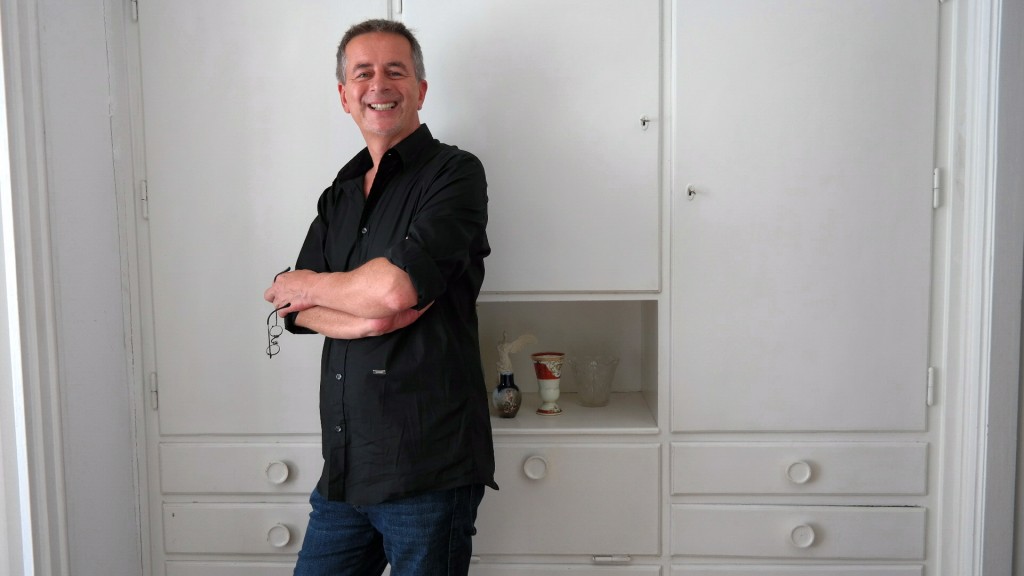 Andreas Tölke in front of the original DDR-cupboard by architect Irene Henselmann, whose husband significantly designed the Karl-Marx-Allee and besides drafted the Television Tower

When Tölke, who originally comes from the Weserbergland, moved into his apartment at Straußberger Platz ten years ago, the area was dominated by vacancy. Nobody – and certainly nobody from the East – wanted to go there. How can you actually live here? This was a question even his estate agent asked him and noticed the background noise by the steady traffic stream. You get used to everything, says Tölke. By now the rents at Straußberger Platz increased twice and there’s a long waiting list of architecture fans that would love to move into the former showcase of the DDR. The longest, connected housing ensemble of the Karl-Marx-Allee already has a landmark status for a long time. 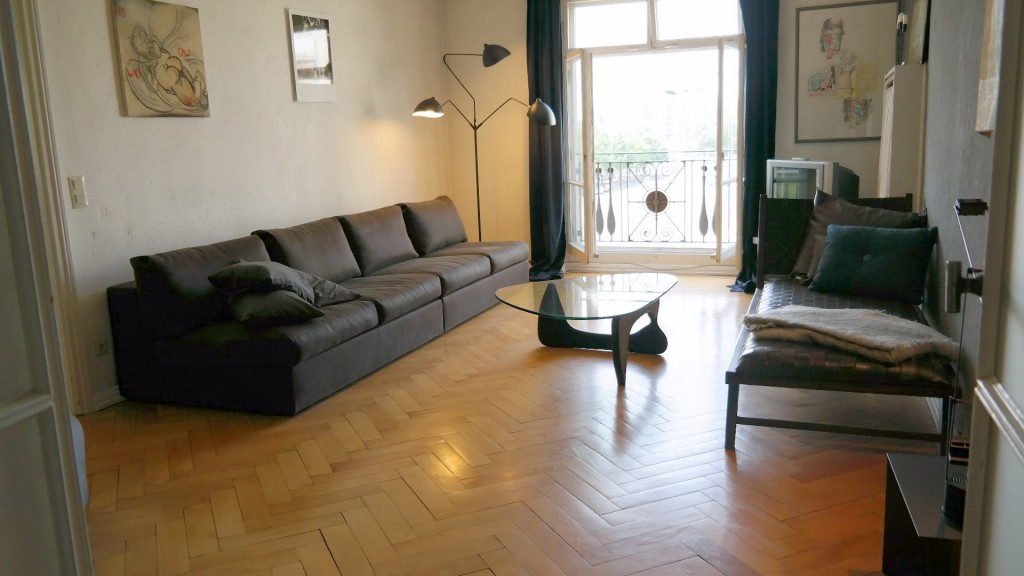 The living room: the big sofa by Armani Casa stands opposite the daybed. The floor lamp is by Serge Mouille, the table by Noguci, the pillows by Calvin Klein

Three rooms, kitchen, bathroom are the involvement of Tölke’s refugee-approved hideaway, which welcomes the guests in an entrée with a size of 18 square meters. 3 and a half meters big walls and double doors, originally obtained details like parquet flooring and Bakelite-handles: “Where does this still exist?” rejoices Tölke and pensively looks at the Berlin Television Tower, which rises directly in front of his window and looks especially attractive in the noon sun. And he admits: “For other apartments I’m definitely filthy.” 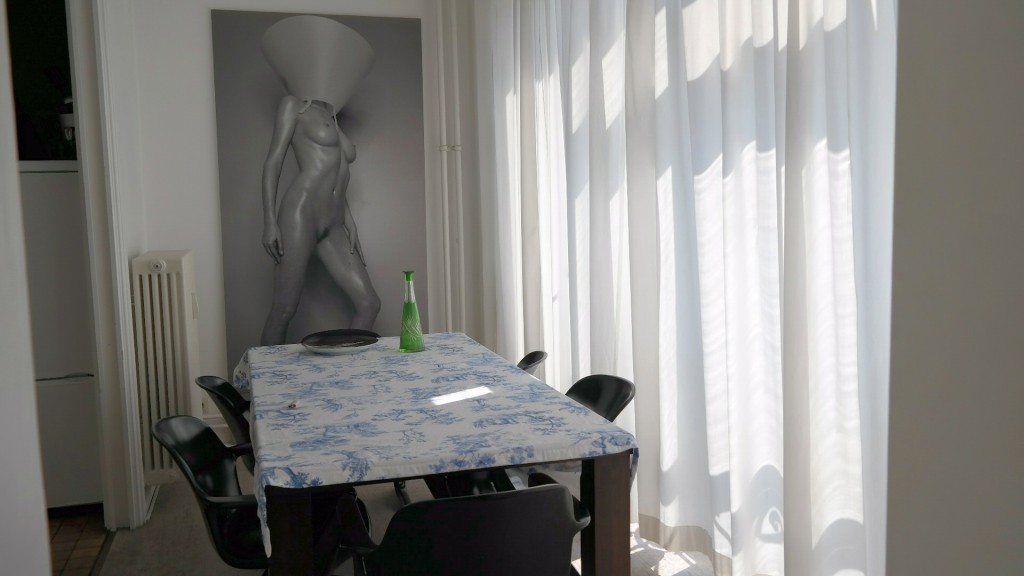 The sight of Benno Kraehahns ‘Namenloser Frauenakt’ (listless act of women) probably irritated one or another refugee: “I explained them, that here, nobody is upset with the sight of naked women.” At the kitchen table are chairs in a DDR design, a “stolen Panton-Version”. “There are no pressed table linen,” explains Tölke his men- and dog household. “And as long as I don’t have my dream table by Saarinen, the creased blanket will stay on the table!”

Tölke also fell in love with the house community that consists out of 120 neighbors. Here everybody knows everybody, one greets and one talks with each other. There’s a little exchange platform on the heating in the corridor. Things somebody doesn’t need anymore make someone else happy. From sweets to books or Christmas decorations. His hospitality towards refugees mobilized the neighborhood. Doors also open now for asylum seekers. “It works”, summarizes Tölke. “And it doesn’t cost a lot of effort and collects karma points.” BvH 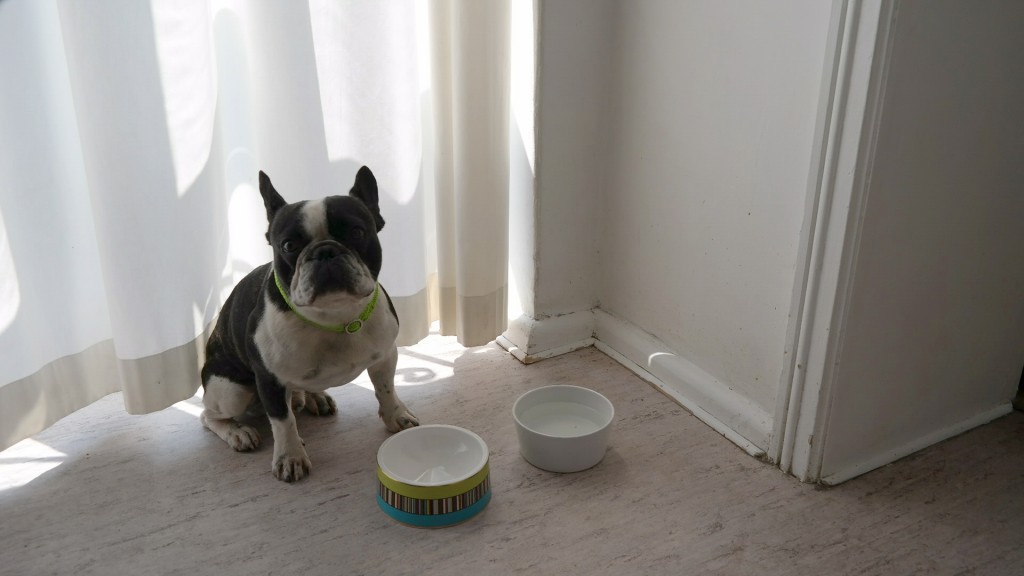 This is Müller in front of his – sad to say – empty, but therefore chic, luxury feeding bowls by the designer Paul Smith, who personally sent them to Müller 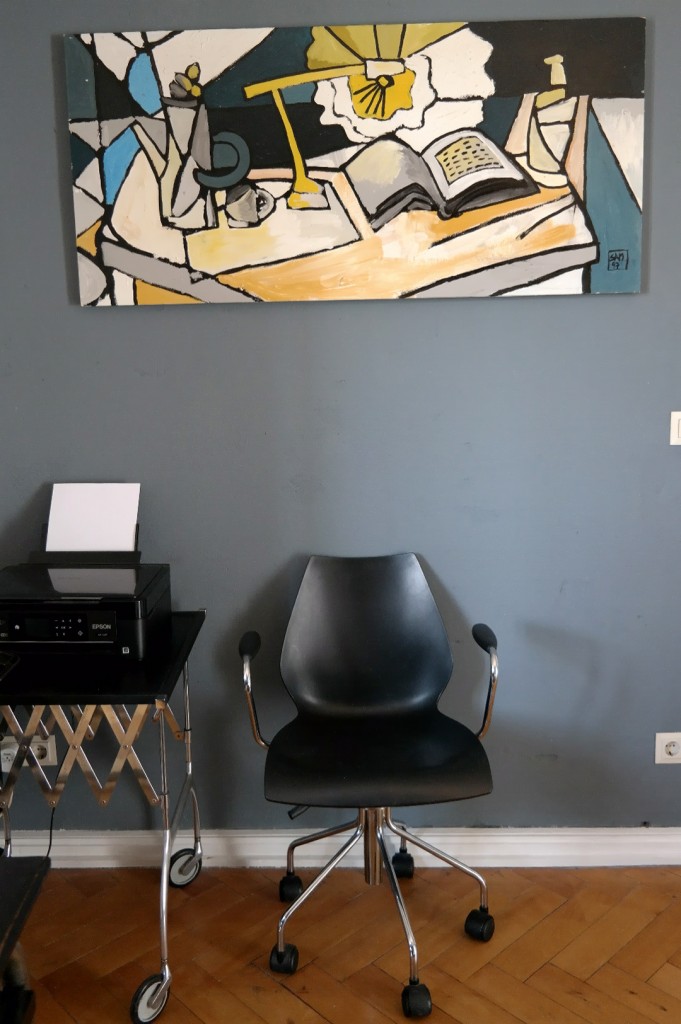 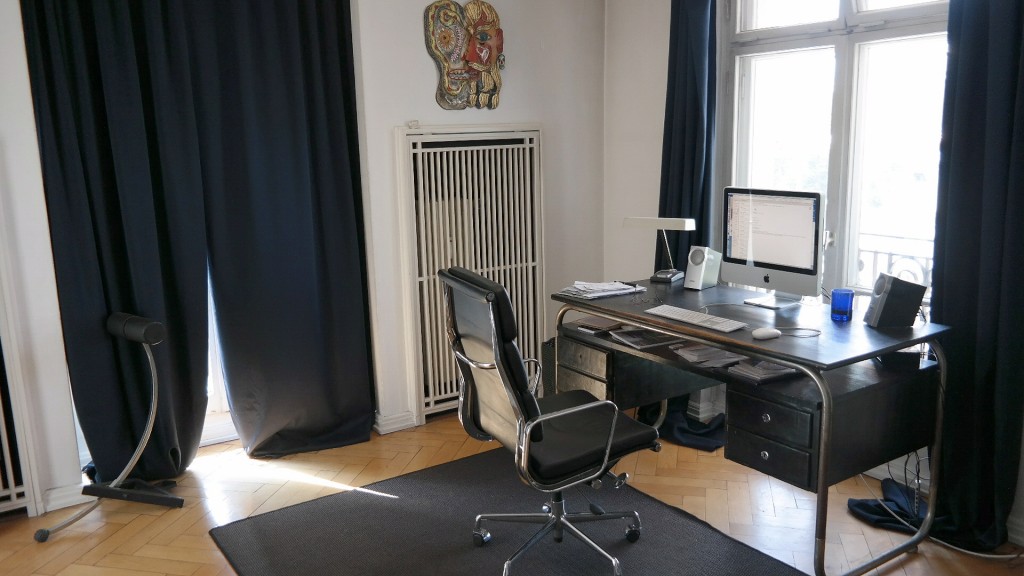 “This looks like a Bauhaus-furniture, doesn’t it?” comments Andreas Tölke on his black desk. He found the 70s lamp at a flea market, the chair ‘Softpad’ is from Eames 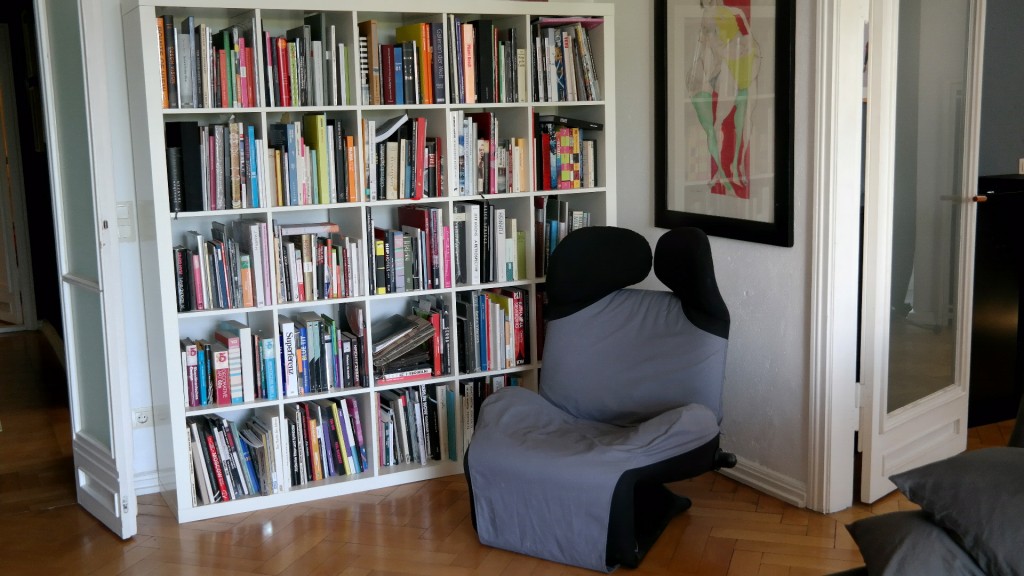 The legendary ‘Wingchair’, above an quarrel by Carla Primera 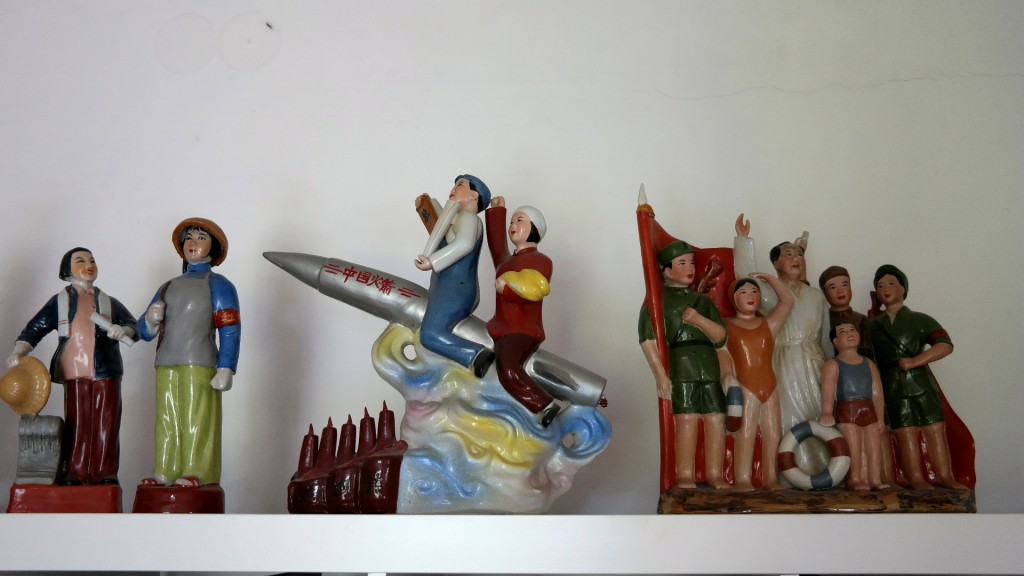 “The revolutionary trash is from China”, explains Tölke the ceramic figures. “Nowadays for sure a lot worth, but back then I got it for a very low price.” 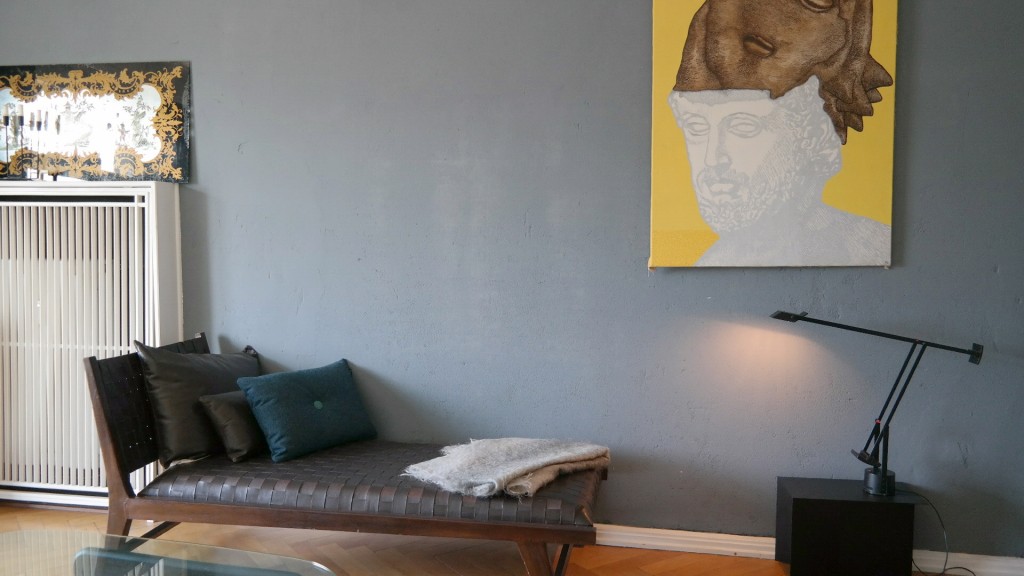 “I allow everyone onto my Recamiere – exceptionally. But only as long as I want it to happen”, says Andreas Tölke. “I have to admit: I love luxury.” Next an ‘Artemide’-lamp in front of a picture by Munoz Balda 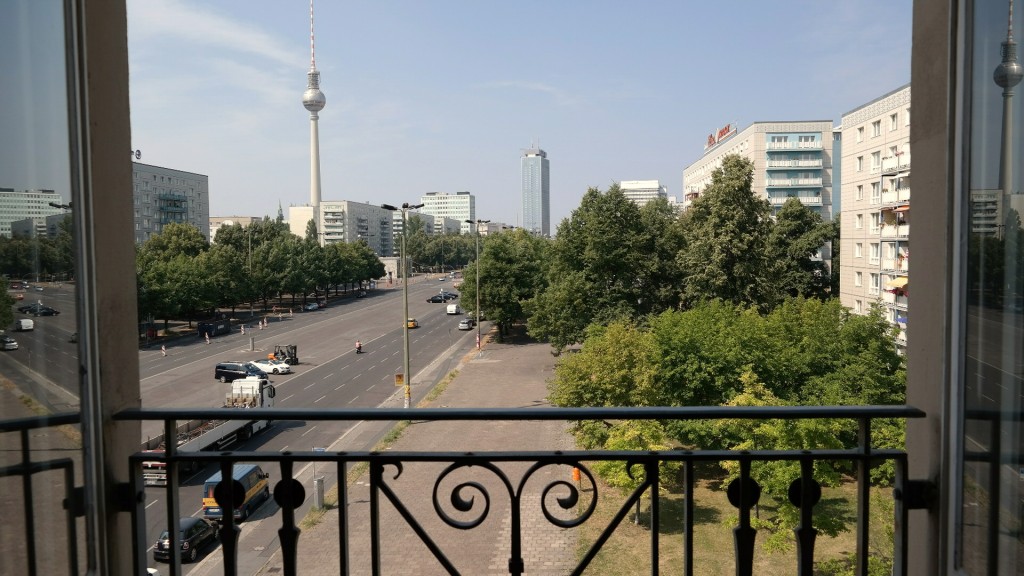 Room with a coveted view: The Berlin Television Tower 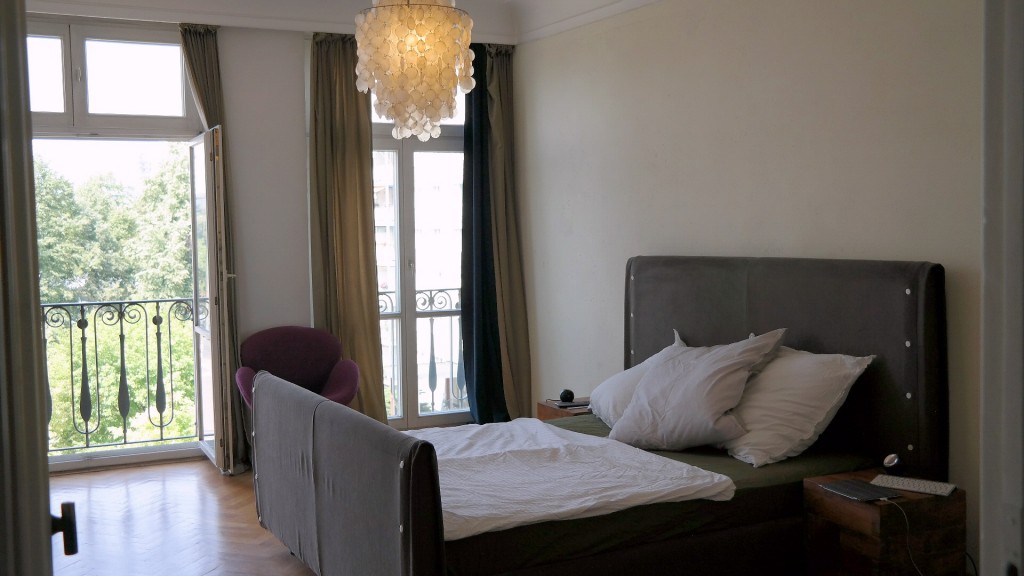 Mister Tölke and Müller bed themselves in their bedroom on a modell by Ligne Roset, the sidetables are from Lambert, the table lamps by Tobias Grau 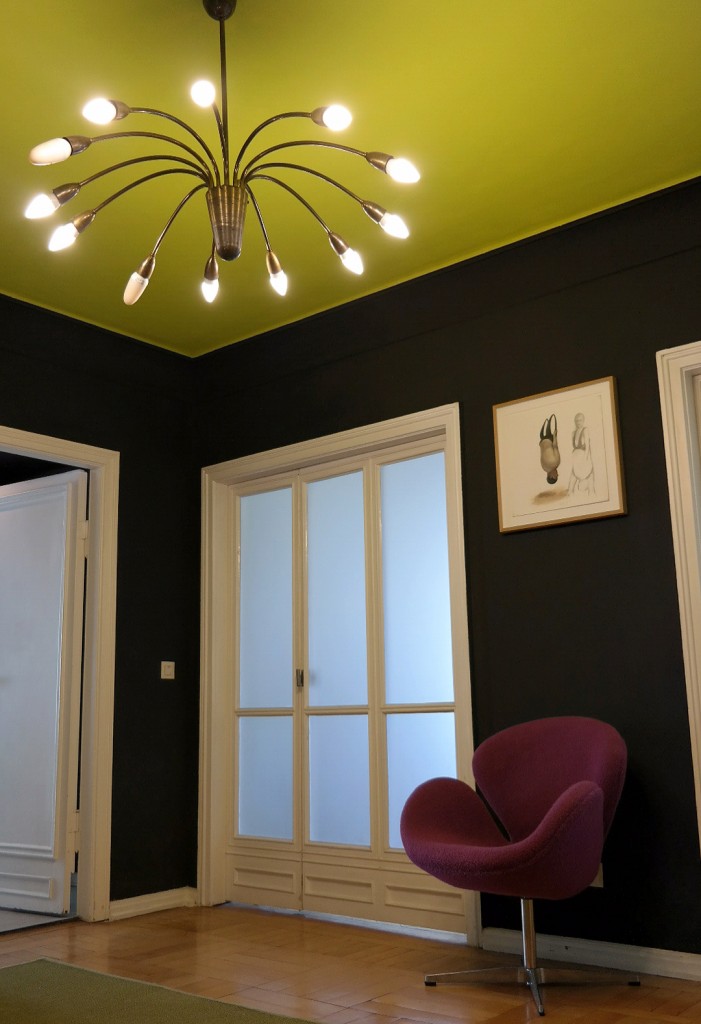 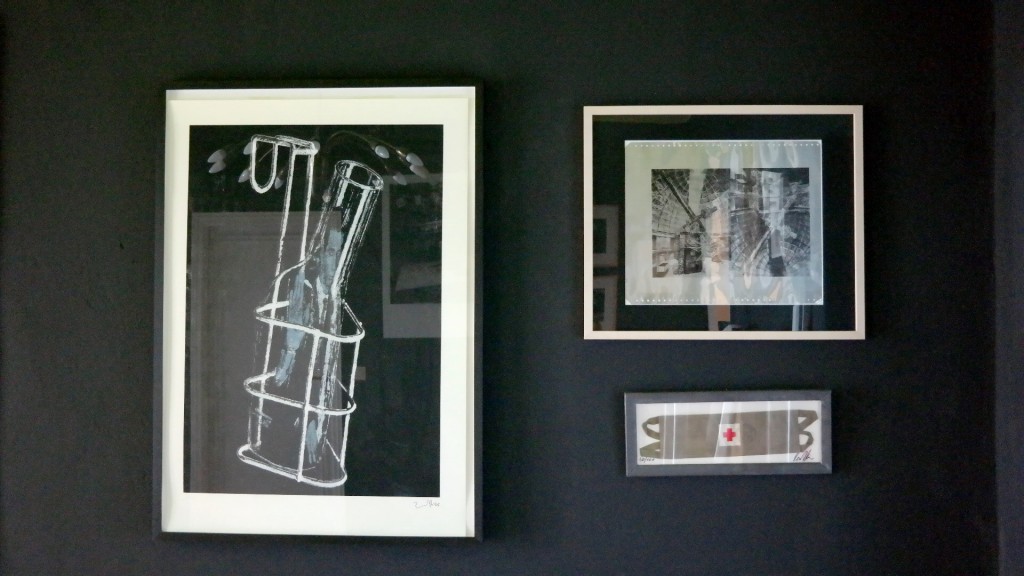 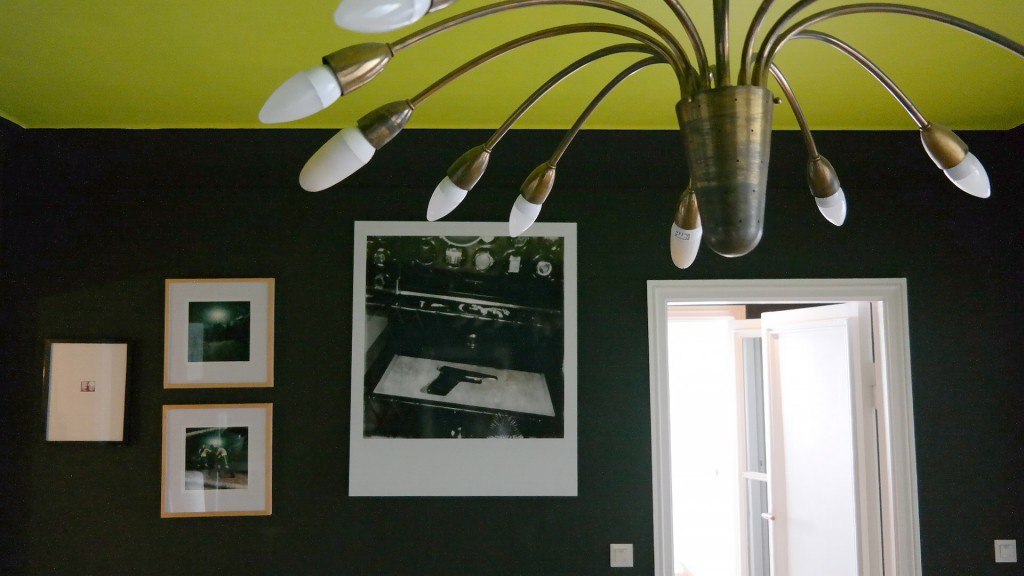 Picture with pistol right next to Oliver Mark, on its left you can see works by Uwe Arens, the 50s lamp is a discovery from Munich 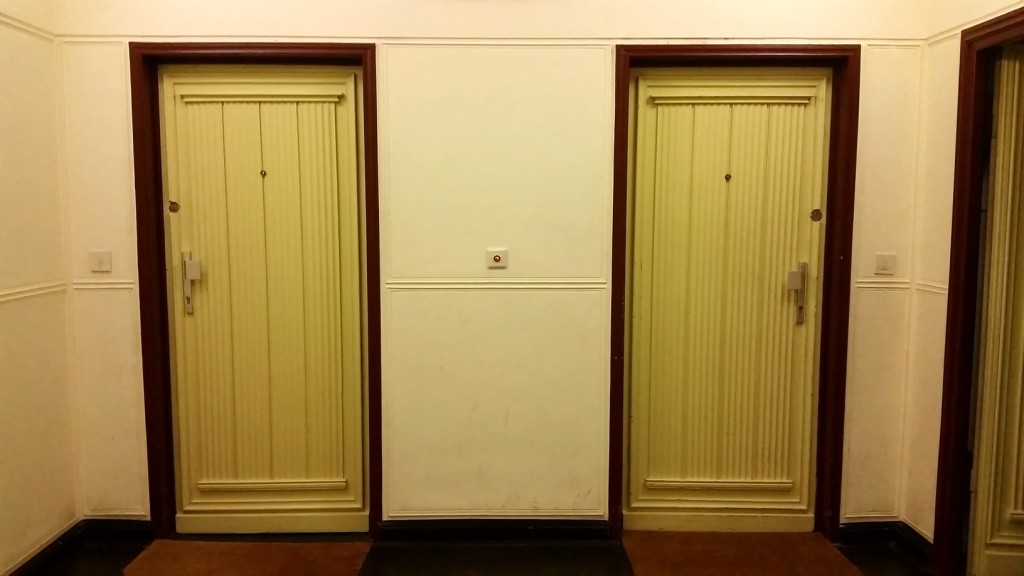