What: Hotel Sacher
Where: Vienna, Austria 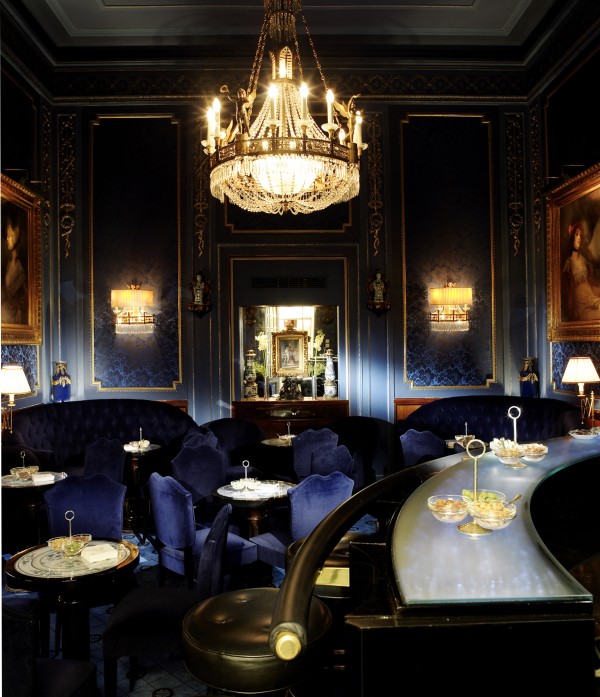 In the legendary “Blue Bar” at the Sacher Hotel, where Graham Greene got his inspirations for his famous classic novel “The Third Man”

Do you know, what the English writer Graham Greene inspired to his legendary novel “The Third Man”? A drink and a talk at the bar of the Hotel Sacher in Vienna. Here Greene met a British officer, who told him about the underground passages of Vienna. Greene was intrigued and recorded his first ideas to the homonymous movie of 1949 on a napkin. 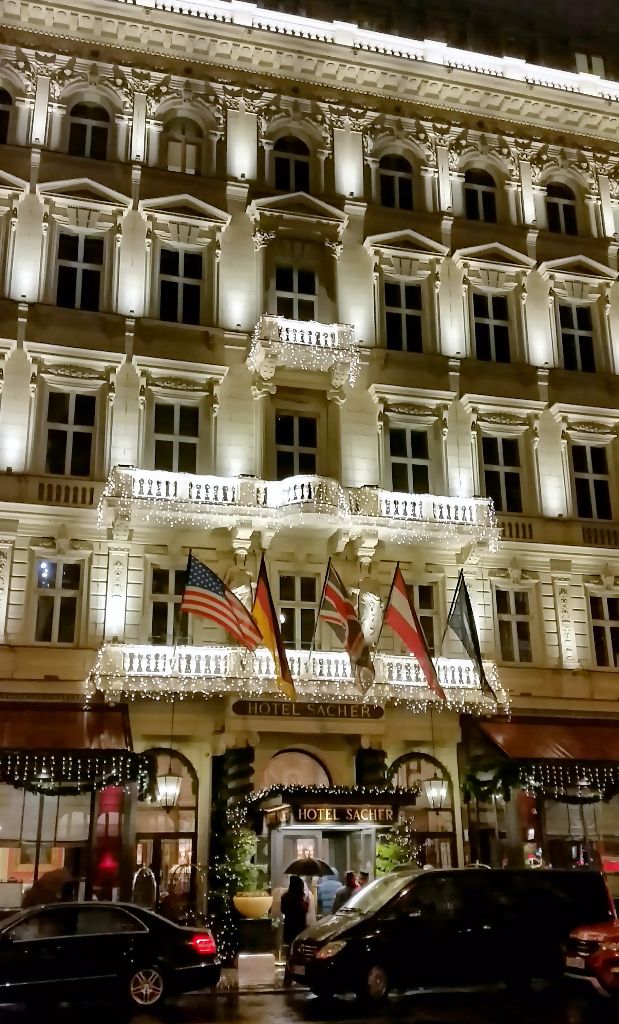 Central as it gets: The Hotel Sacher is located vis-à-vis to the opera amidst Vienna

Founded in 1876 by the Viennese restaurateur Eduard Sacher, the hotel is as before, one of the most beautiful ones in Europe. The Nobel hostel was just voted from the US travel magazine Condé Nast Traveler with the “Readers’ Choice Awards 2014” to the best hotel in Austria and thus ranks third in the world of excellent luxury hotels. 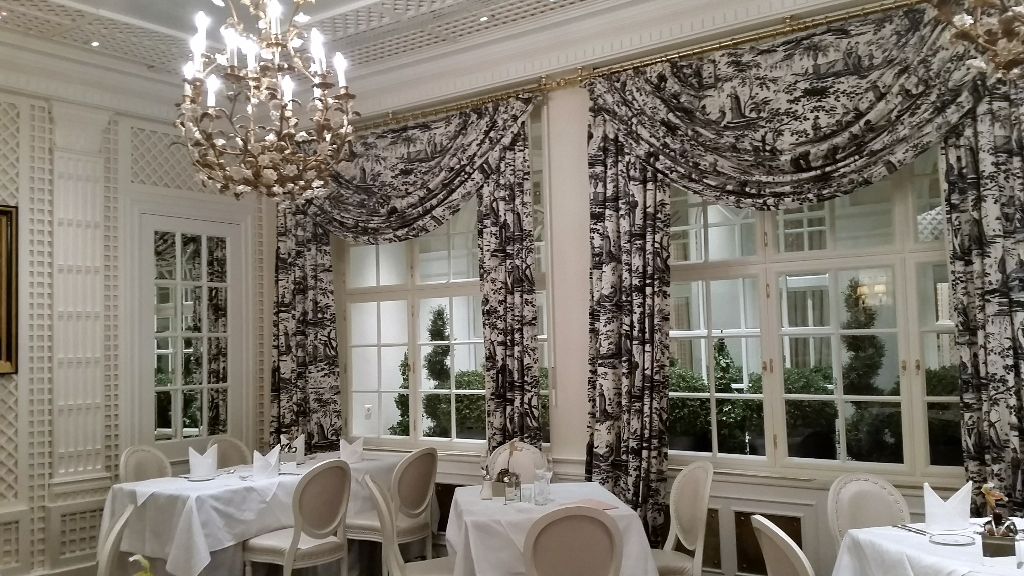 In “Salon Metternich” breakfast is served

Located amidst the Danube-metropolis near by the Vienna Opera House, crowned heads, politicians and celebrities such as the great conductor Herbert von Karajan, ballet dancer Rudolf Nureyev, Queen Elizabeth of England, US President John F. Kennedy already lodged in the five-star luxury hotel. Even John Lennon and Yoko Ono took a break in the Sacher Hotel and invited to a press conference to one of their legendary “Bagism” – actions in their hotel suite in 1969. Lying in bed, covered with nothing but a bag, the former Beatle and his wife demonstrated to world peace this way. 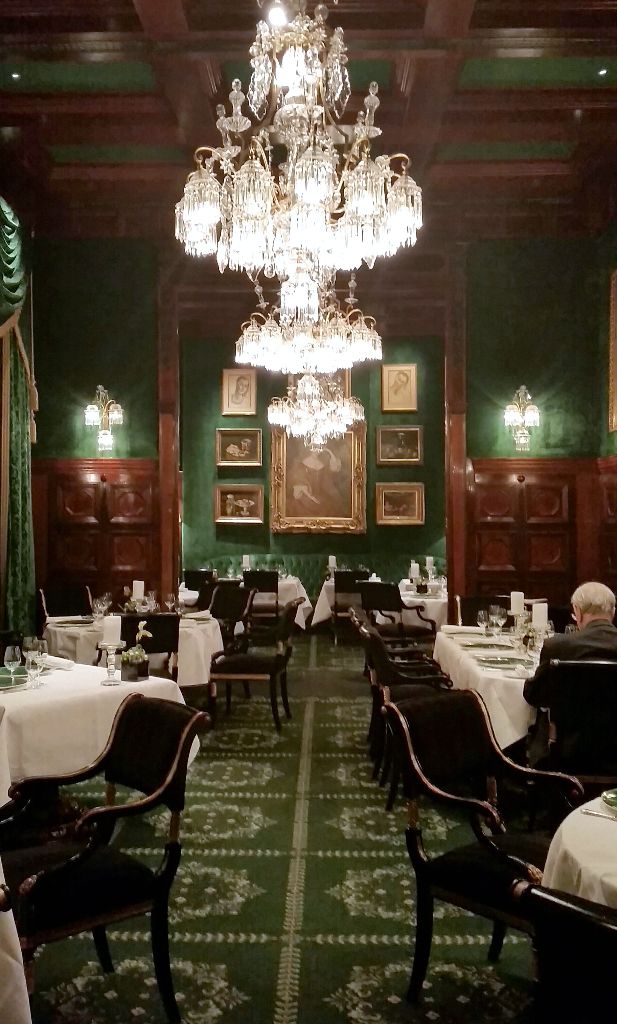 Finest food is served in the restaurant “Anna Sacher”, which was named after its founder

Since 1934, the five-star hotel and a member of “The Leading Hotels of the World”, is guided by family Gürtler that renovated the hotel completely in 2006 and now meet the criteria of the “Leading Spa” in the wellness area, too.

For whom the hotel accommodation (from 400 Euros per night) is too expensive, enjoy a piece of the famous Sacher Torte – best in the cozy hotel lobby, my favorite place. Here I enjoy the upcoming Christmas atmosphere whilst watching the other guests. My kind of pleasure! BvH 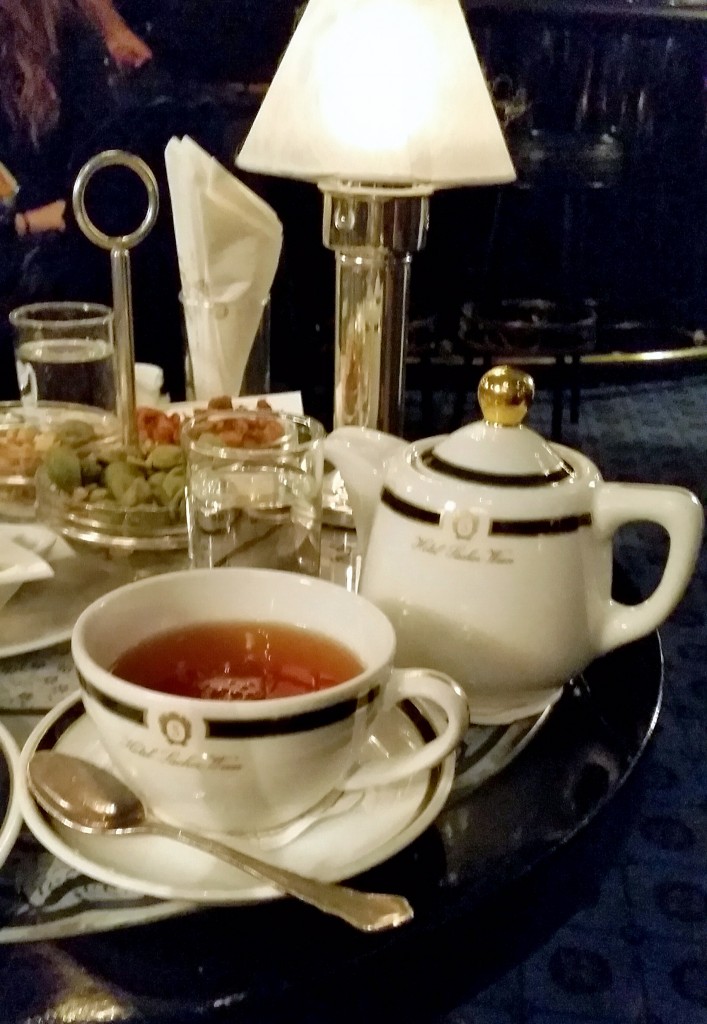 Teatime at the Hotel Sacher – here in the “Blue Bar”

So romantic: The Klösterle Inn in Lech
What: Klösterle, Inn Where: Lech, Austria Frequent Lech travelers might…