What: Alentejo coast and Comporta
Where: Portugal 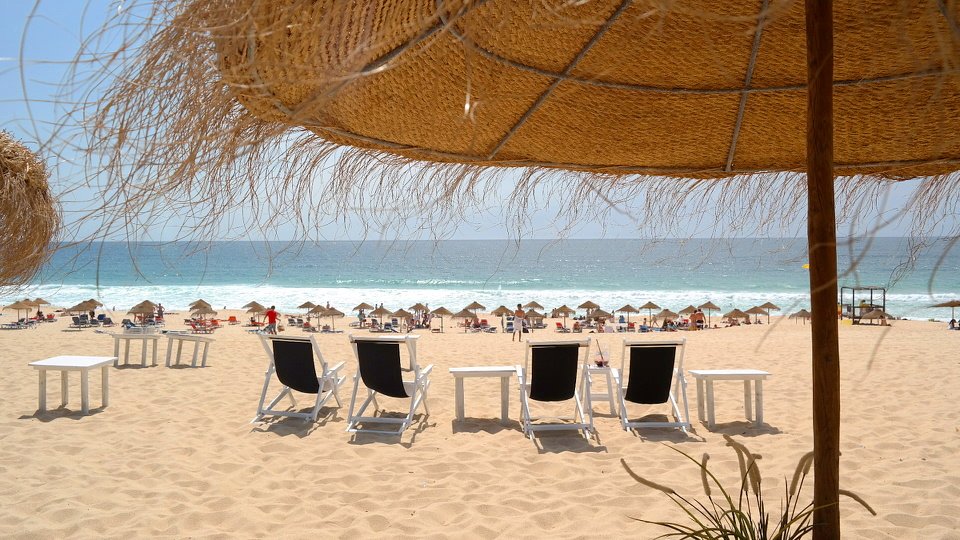 Caribbean feeling on Portugal’s Atlantic coast Alentejo, which stretches from Troia to Melides. Here you can see the dream beach Praia do Pega in Carvalhal

I must admit that last summer I was a bit limited in my enthusiasm for my favourite island Ibiza. Apart from the ever-increasing party tourism, the island has developed into a high-priced, overcrowded in-spot. Tables in the restaurant must be ordered weeks in advance. Hotel rooms during the season often cost 500 Euros and more per night. The beaches are full and the streets are congested. Equipped with tips from my Dusseldorf friend Guido, I went to Portugal instead of the Balearic Islands. More precisely to the Alentejo coast, a good hour’s drive south of Lisbon. 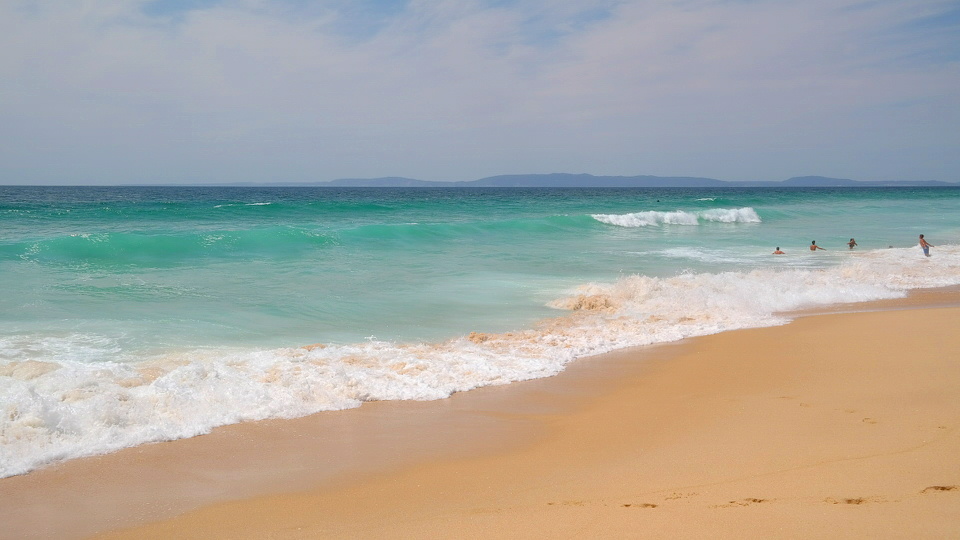 The turquoise sea, almost for me alone

First realization: They still exist, the – almost – undiscovered landscapes. Fine sandy, deserted beaches, unspoilt nature. A 60 (!) kilometre stretch of coast that was previously privately owned by Portugal’s largest banking family, Espirito Santo, and since its insolvency a few years ago has been developed gradually and under considerable environmental conditions. Whoever comes to Comporta expects NOTHING. Except pure nature. Hip nightlife, natty restaurants, glamorous luxury boutiques or award-winning seven-star hotels can’t be found in Comporta and its surroundings. Here the motto is: ociosidade relaxada – sweet and relaxed idleness. This special kind of seclusion has attracted some celebrities to the area. The painter Anselm Kiefer, shoe designer Christian Louboutin, the Cinzano family, Princess Caroline von Hannover have their latifundia in or at Comporta. Since it is known that pop star Madonna has an eye on the area, others are taking a closer look as well. 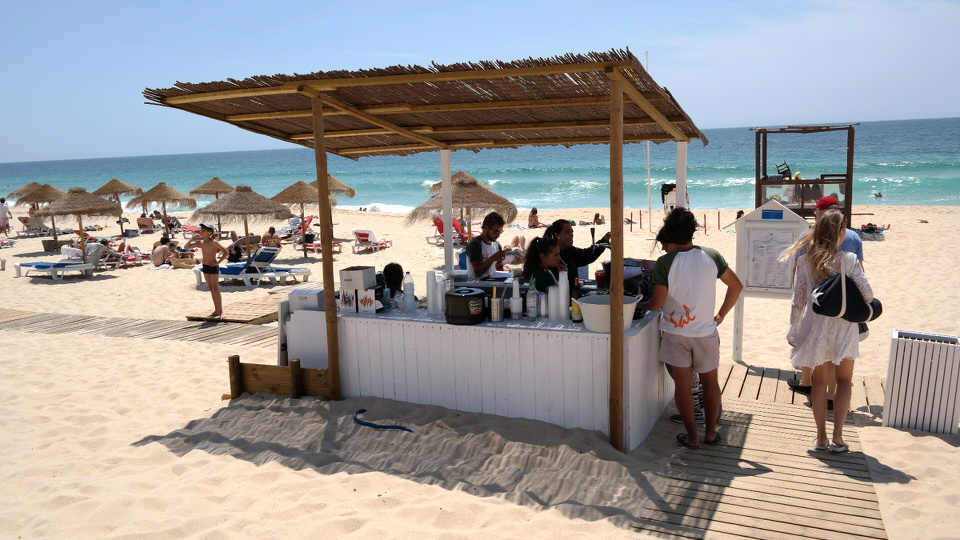 The beach bar of the restaurant Sal

These include investors who have quickly recognized the potential of Comporta and now commercialise it as the Hamptons of Europe. I don’t think the comparison is appropriate. Neither a million-dollar villa is lined up along the coast – it is not allowed to build here within a kilometre of the waterline. Still one gives something on other status symbols in Comporta. The pine forests and sandy soils remind me, as a North German, in their barrenness, rather of the North Sea island of Sylt. Passing cork oak groves, the journey from Lisbon to Comporta leads along endless rice fields in which the sky reflects and gives the impression that the rice is growing in the clouds. 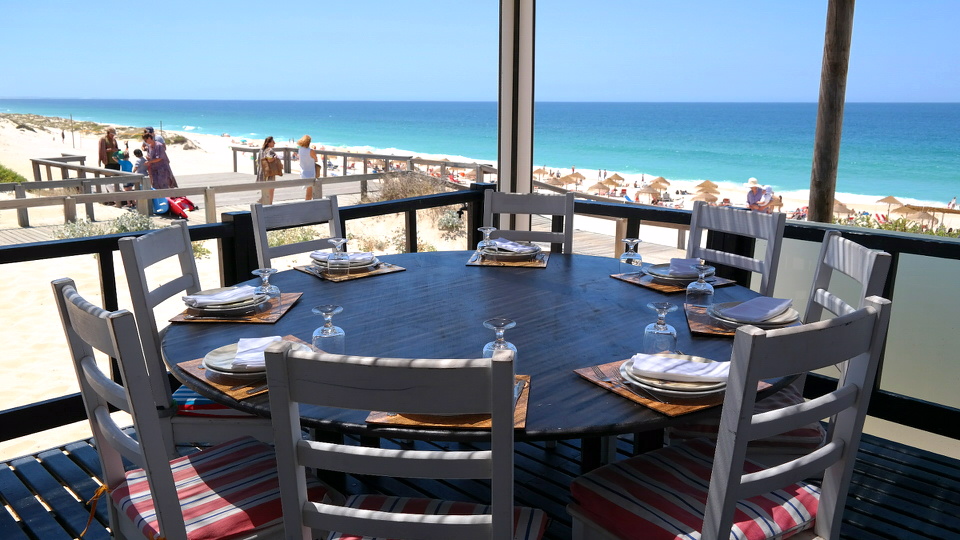 How about having lunch with a view?

At Praia do Pega in Carvahal I walk in the soft, white sand into infinity, accompanied by the surf of the Atlantic Ocean, until a wave washes me into the restaurant Sal, one of only three beach restaurants in the area. In flip flops and windbreakers you are by no means underdressed here. On the contrary. The other lunch guests don’t care. And the freshly caught sole, which is served here with lemon and delicious olive oil, certainly not at all. I sit with a fantastic view of the sea and in the midst of many French people, whole clans with whom Comporta has enjoyed great popularity since its opening. The atmosphere is relaxed, the service is especially nice, the food is great. So are the prices. In the otherwise rather inexpensive Portugal some restaurants as well as the only hotel near Comporta, the Sublime – a chic boutique hotel in the Cabana style – have already arrived in the upper segment. 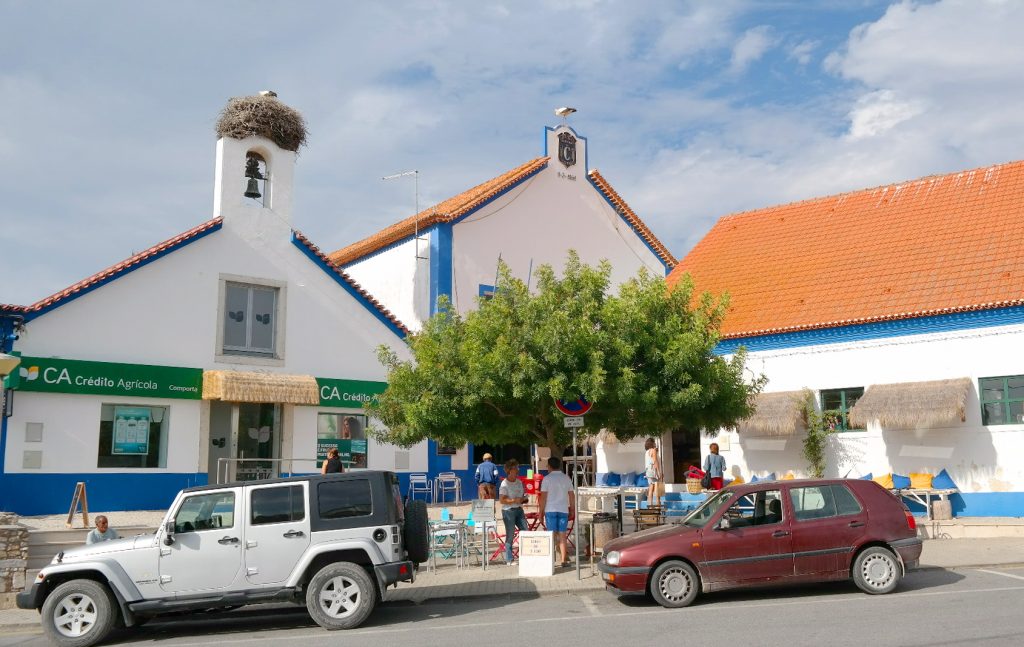 A hint of romance in Comporta, a 1,500-inhabitant village on the coast of Alentejo

But it still exists, this originality, where the village elders sit on the market square and sip their coffees, only observed by the many storks nesting here on roofs and chimneys.  In the neighbouring village of Carvahal the espresso is still available for less than one euro and in the small restaurants you don’t pay more than five or six euros for a meal. You communicate with the older villagers with a smile and sign language – if you don’t speak Portuguese. But tourism is on the rise. In Café Eucaylptus Pastelaria, where the French interior icon Jacques Grange also likes to stop by for an espresso, I watch the landlady’s granddaughter. She counts the change in perfect English on the counter. The signs in Comporta are pointing to change. Hurry, before it happens.  BvH 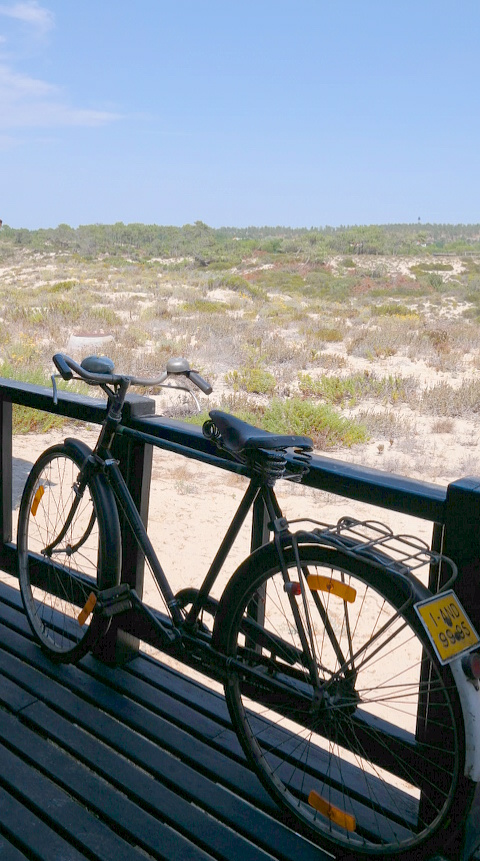 In Comporta and the surrounding area bicycles are very popular

How to get to Comporta

An hour’s drive from Lisbon to Comporta. Tip: Take the ferry from Setubal to Troia. This saves time and is also a wonderful experience. Then take the N253-1 towards Comporta. 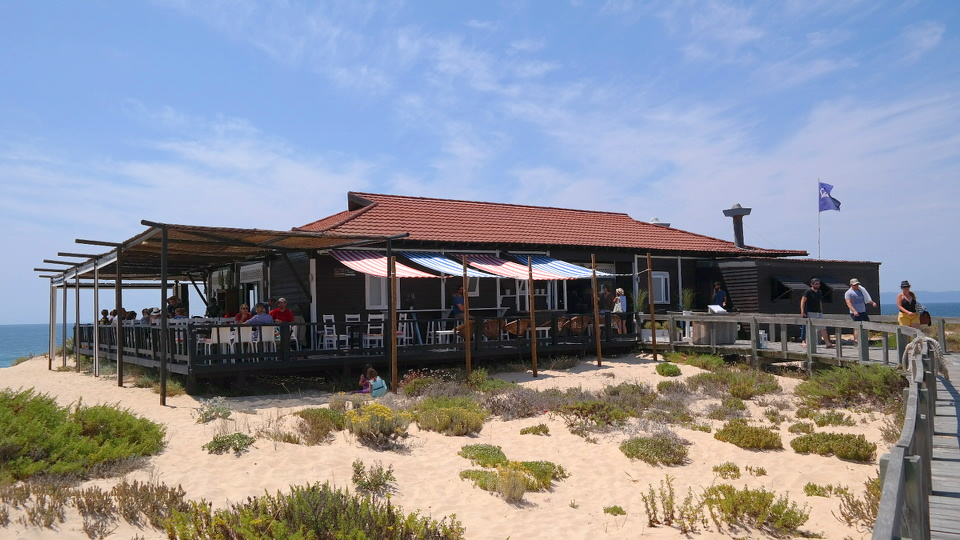 Reminds me to the restaurant Sansibar on Sylt island in Germany’s North, but infact it’s the Restaurante Sal in Carvalhal and the best address for fresh fish and delicious tapas … 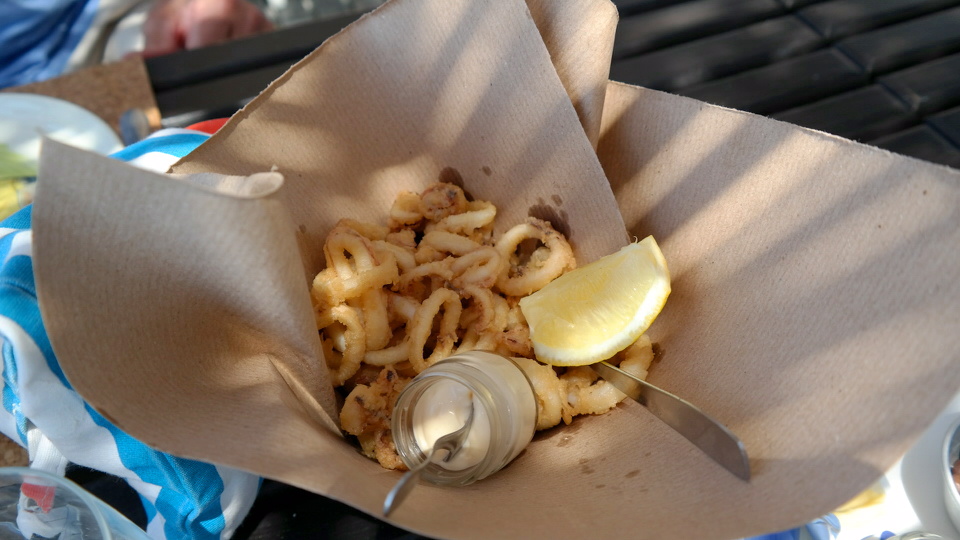 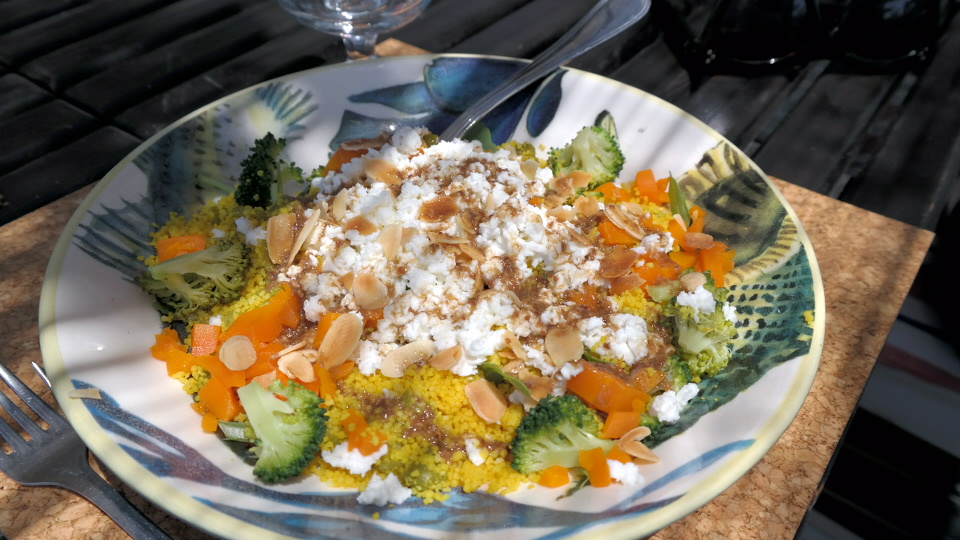 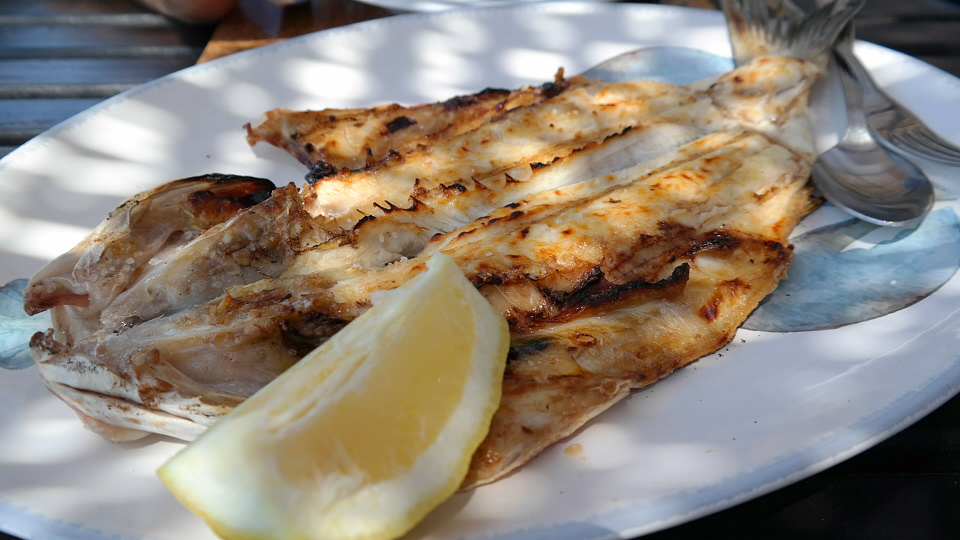 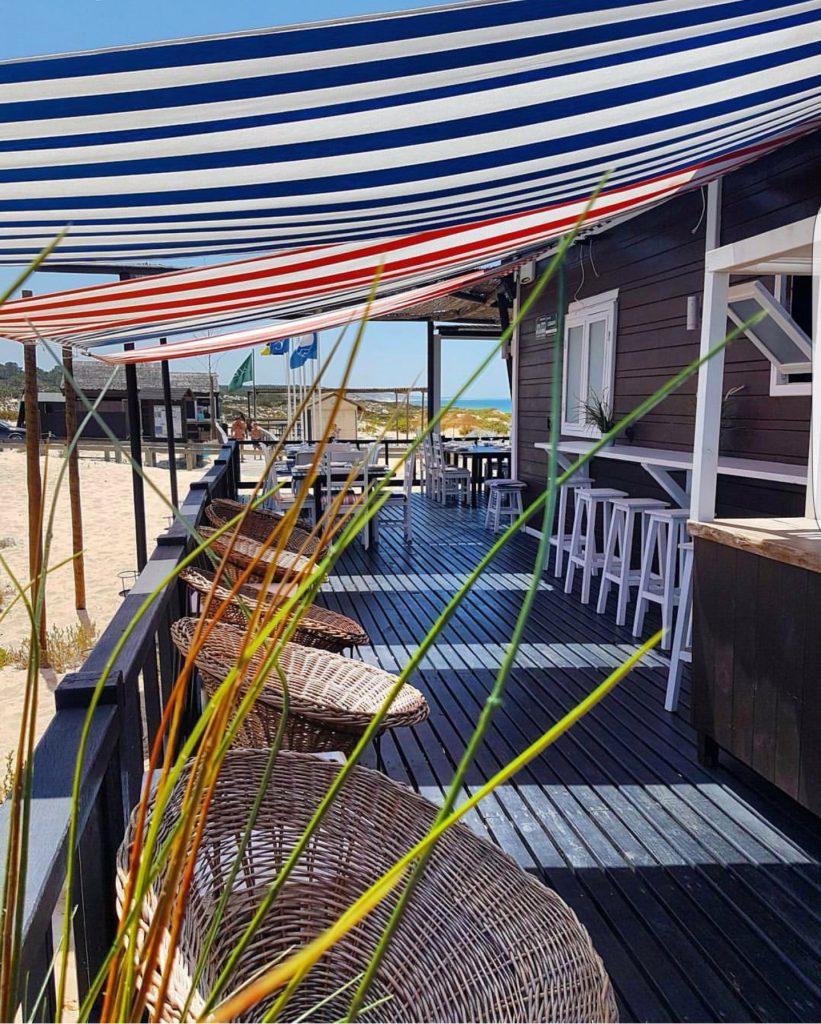 Nice, the striped awnings, right? In general, I like the interior concept in the Sal restaurant 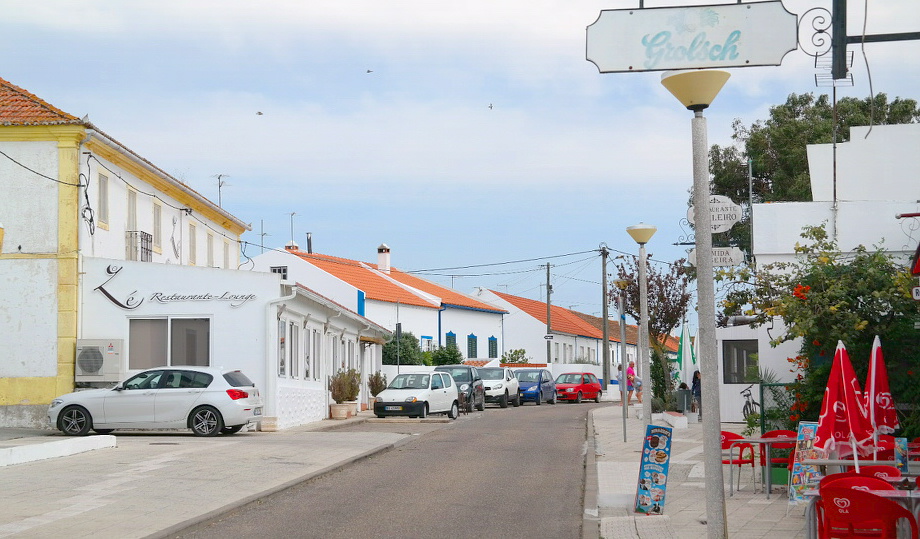 The small, white houses with the terracotta-colored roofs are very typical of the area and Comporta 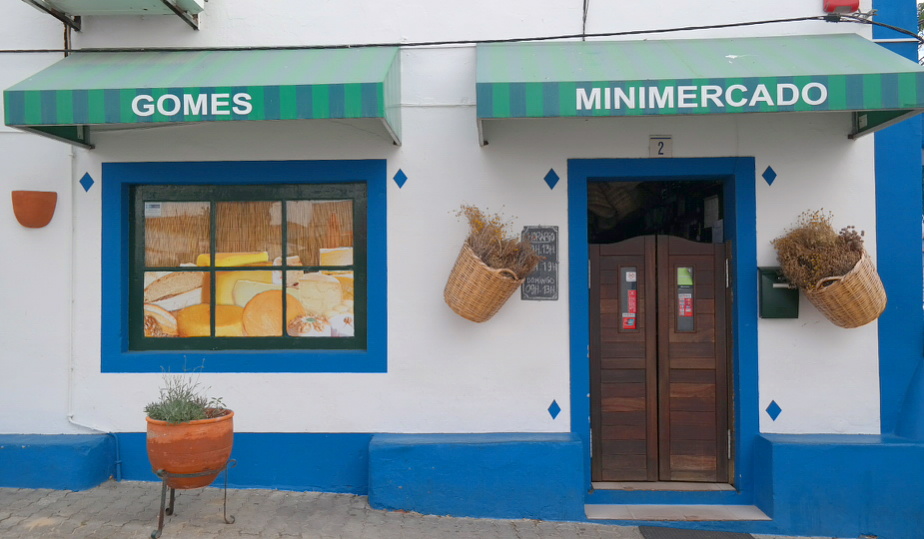 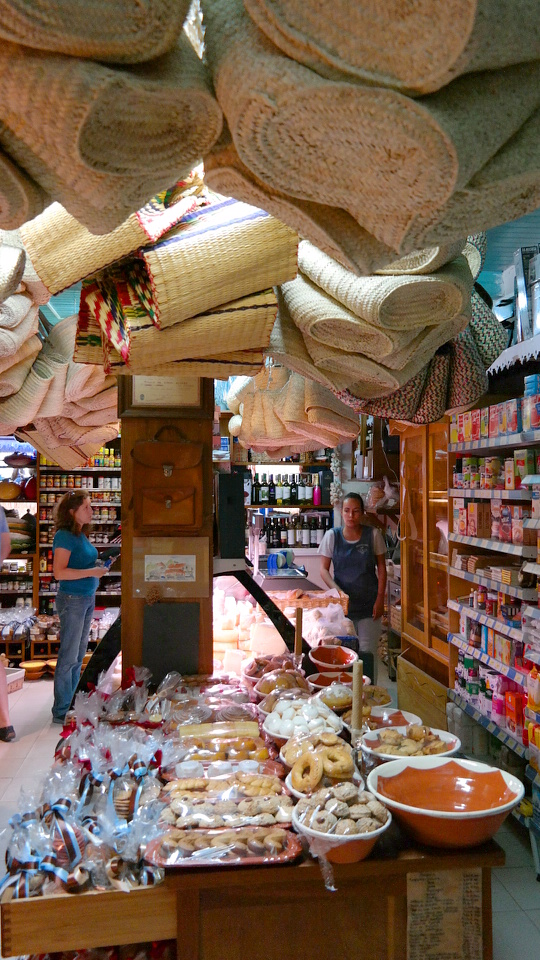 … but also wines, olives and cheeses from the area. Be sure to drop by! 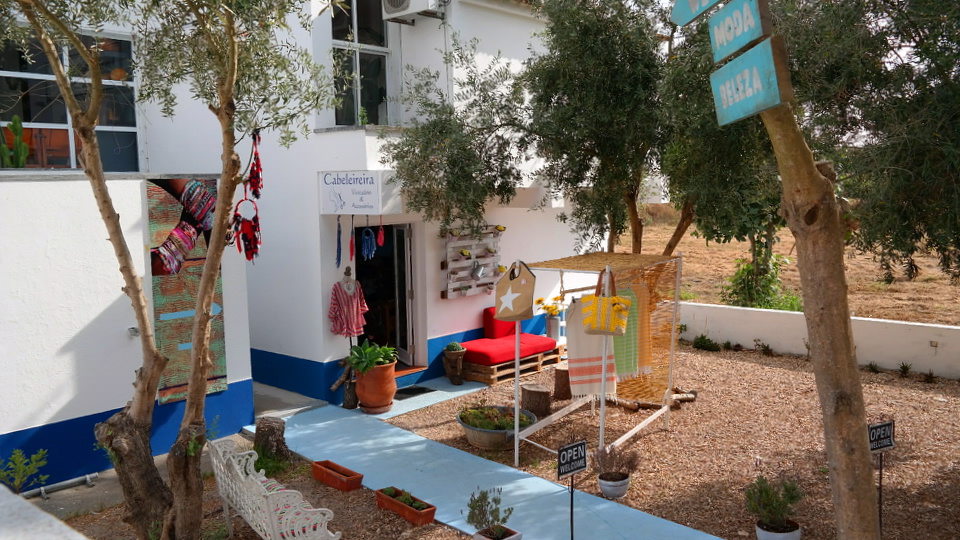 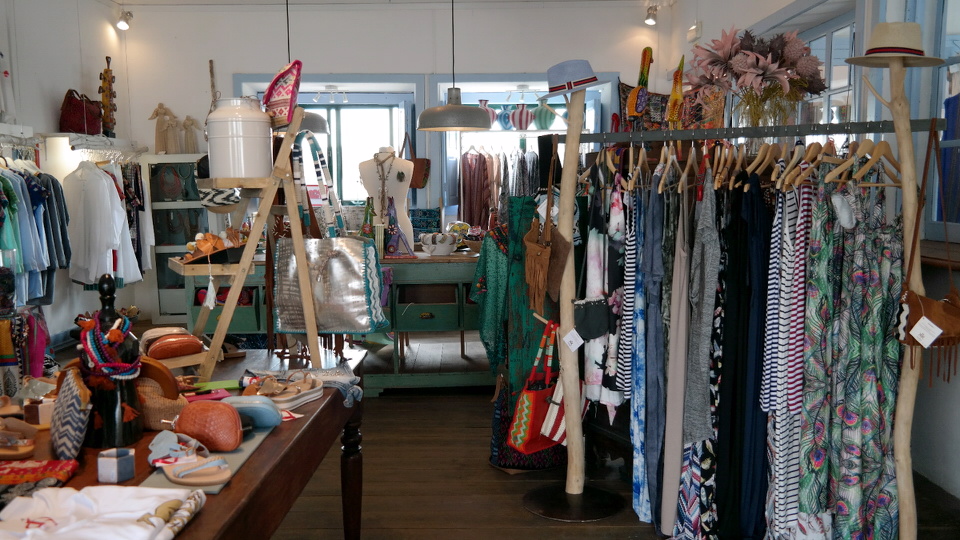 …or at Briffa, a treasure trove of clothes and accessories with mainly Portuguese brands. Here I could rummage for hours! 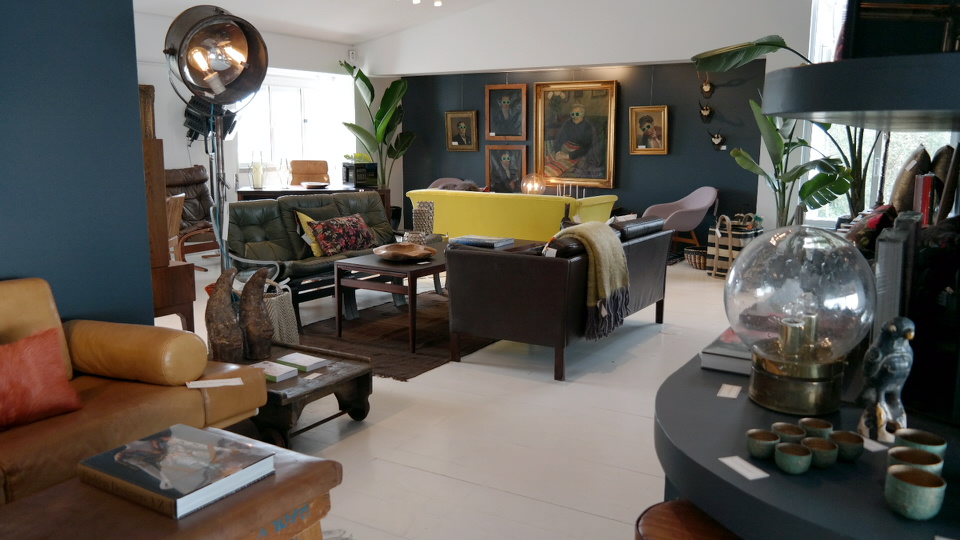 Aw, if I only had a house in Comporta! Then I would shop furniture & Co at Vintage-Department, until I drop 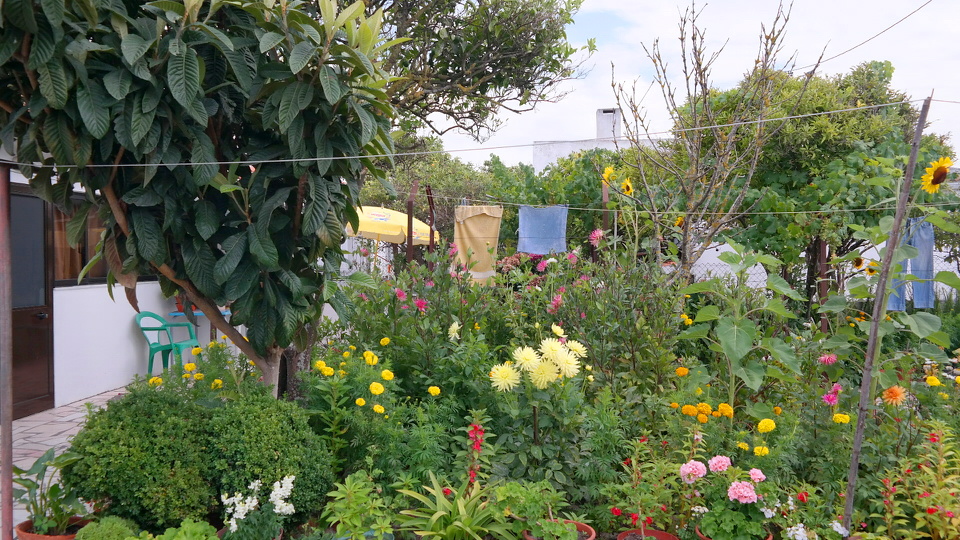 Pure romance: Clothesline over a flowerbed in the middle of Comporta village 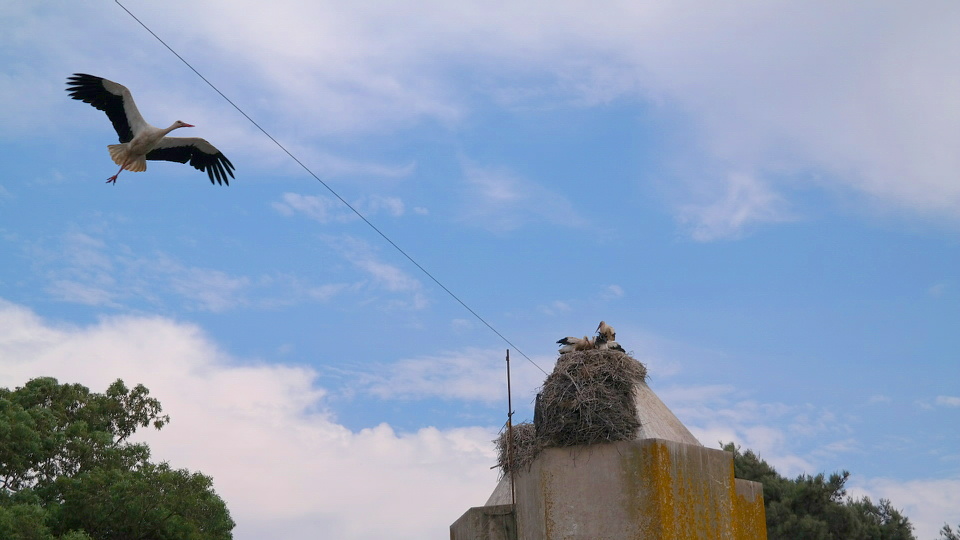 Since my last visit to Marrakech I have not seen as many storks as in Comporta. Tchau, tchau and adeus. I’ll be back…

Where to stay: Sobreiras Country Hotel or the Herdade, both in Grandola

Where to eat: Sem Porta Sublime, Cavalarica or Restaurante Museu do Arroz in Comporta

Where to shop: Ethnic chic at Manumaya, Cushions and more at Cush Cush, Pop-up Shops at Casa da Cultura, Decorations at Marta Manteros Rice – all in Comporta

Hotel Shutters on the Beach, California
Where: Los Angeles, California What: Hotel on the beach of…