What: The New Yorker – Hotel
Where: Köln 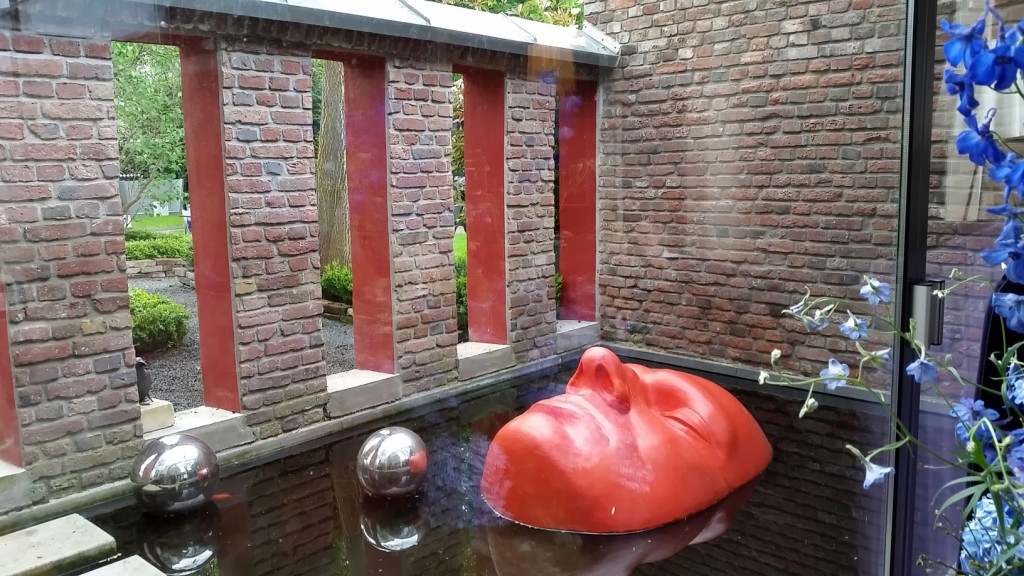 The mask originates from Stefan Rosendahl

A boutique hotel on the ‘wrong’ site of the Rhine that additionally has put its main focus on art? Well, what a peculiar combination. Precisely therefore Johannes Adams decided to set up his boutique hotel ‘New Yorker’ in Cologne-Deutz, a former industrial quarter in the late 90s, when there wasn’t even normal street lightning. The world is made for the brave, Adams thought and simply started. 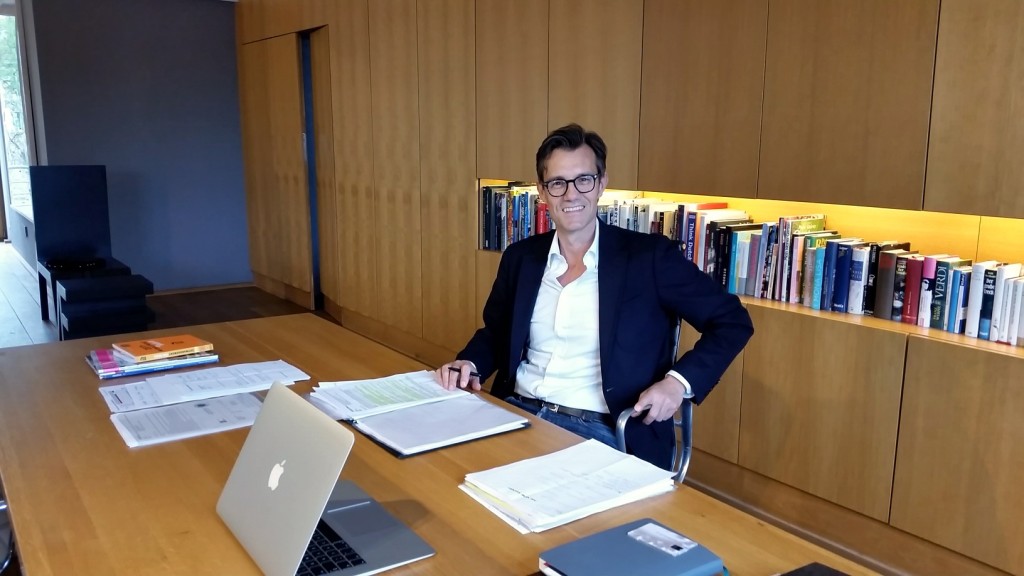 “If I invite guests for private events, I like to mix people from Dusseldorf and Cologne”, says Hotel Manager Johannes Adams. “The perfect mixture for an inspiring evening.”

The studied architect, who had lived in New York for many years always wanted to create a hotel – ‘The rough road to New York’ how an article 15 years ago had put it so adequately. As a reminder of his time in the Big Apple he has named his 40-room design hotel ‘The New Yorker’, which also includes 20 apartments as well as eight conference rooms and two event locations. And because perfectionist Adams couldn’t find the right manager, he became the hotelier himself. 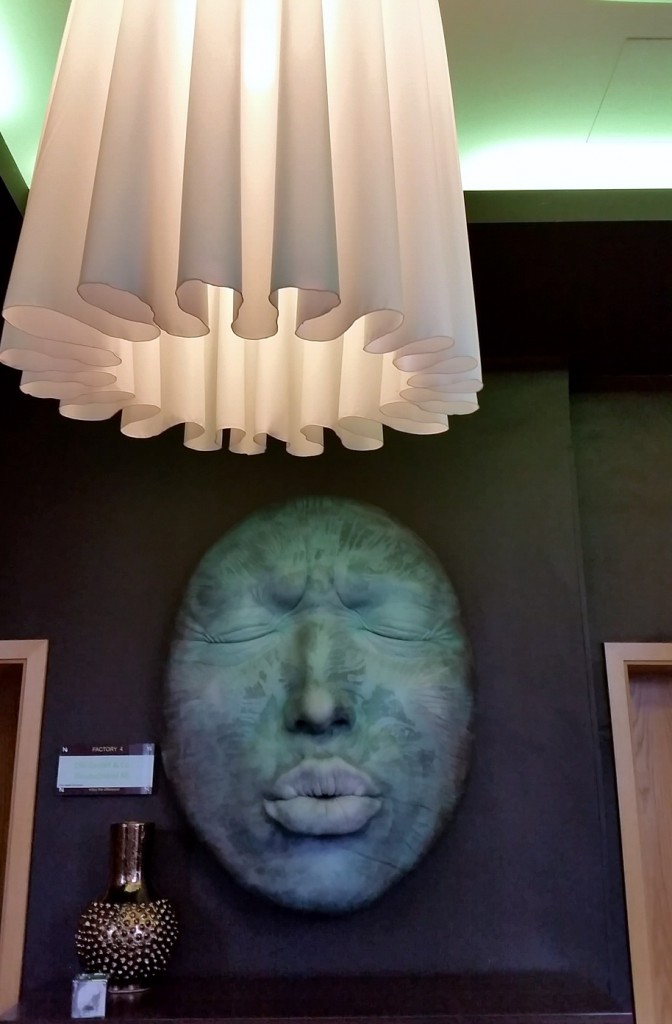 Native-born Rhinelander Johannes J. Adams was fascinated with the aura of the former factory quarter in Deutz-Mülheim right away. “Here the first four-stroke engines have been build, sugar cubes were invented, and the suspension railway developed. And we were among the first to understand the creative vibe of the quarter.” Adams explains to me. 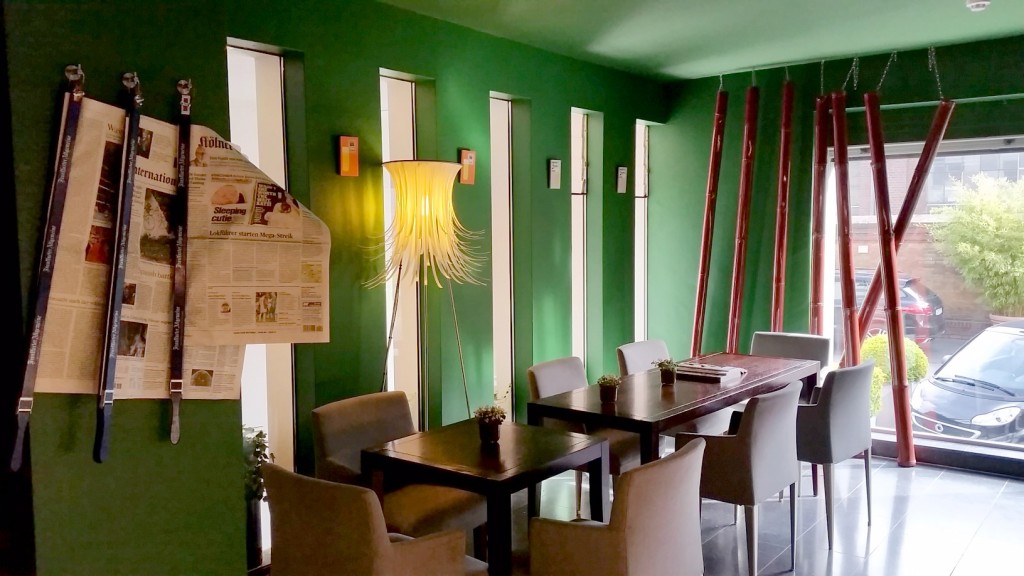 The hotel lobby in fresh green

‘Enjoy the difference’ is Johannes Adams’ credo, who lives and works in ‘tough’ Cologne. And that is how he filled the old hotel building with modern spirit: “Modernity and factory architecture is a rare combination, that no new building can authenticate.” Of course modern art mustn’t be absent! Who travels for the ‘Art Fair’ from 24th to 27th September to the Rhine and stays at the nearby ‘The New Yorker’ is well prepared when it comes to inhaling the Rhine-Metropolis’ art sense. BvH 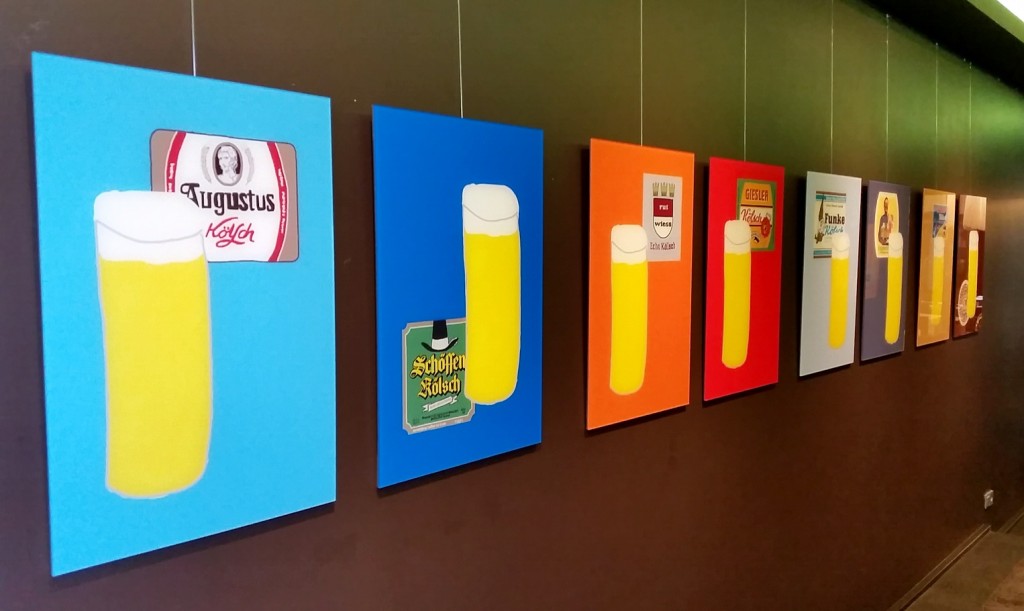 It’s all about art in ‘The New Yorker’: Beer-series ‘Kölsch’ by Thomas von Klettenberg 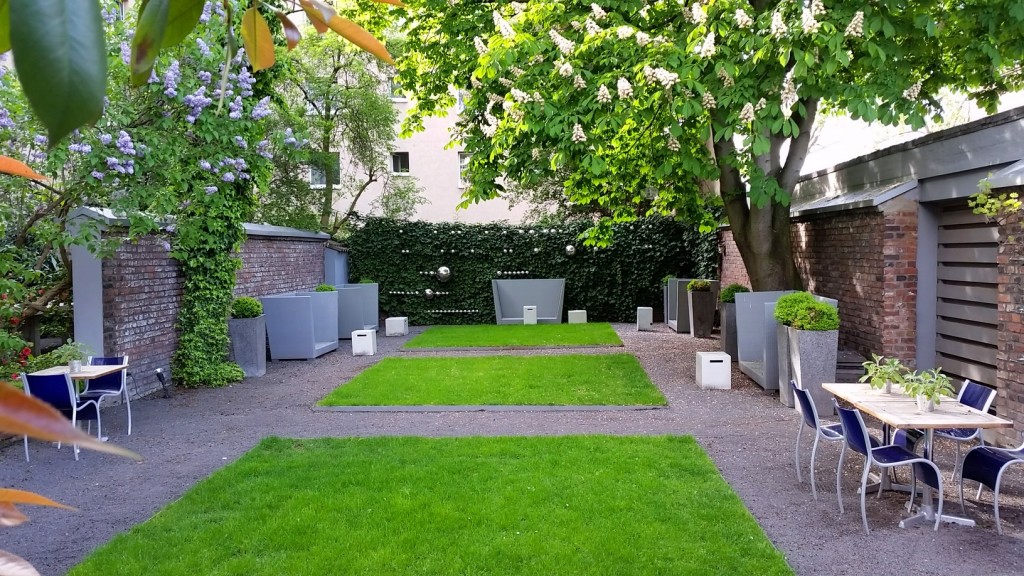 In the hotel garden, breakfast is served during the summer months … 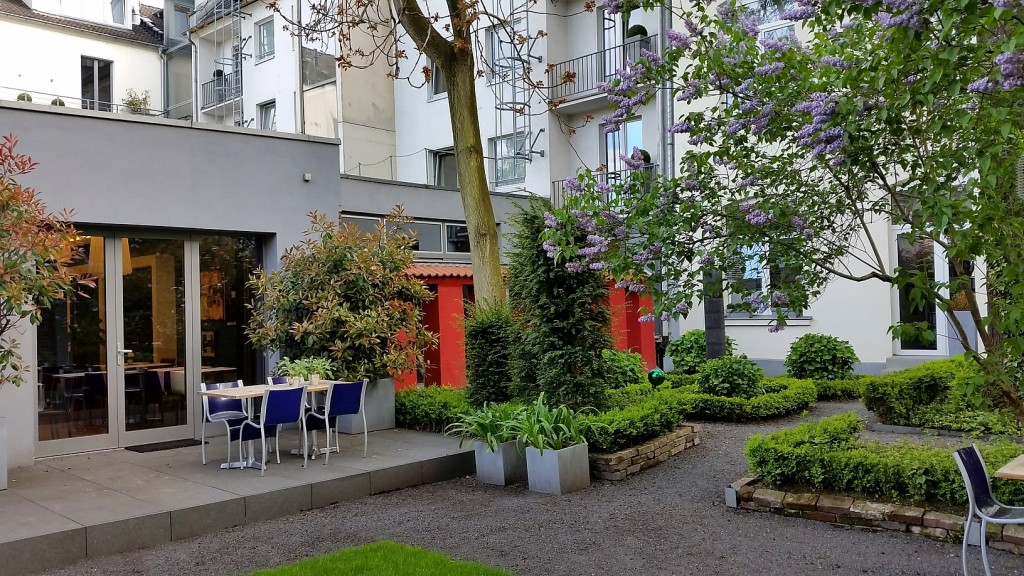 … and the flowers smell wonderfully according to each season 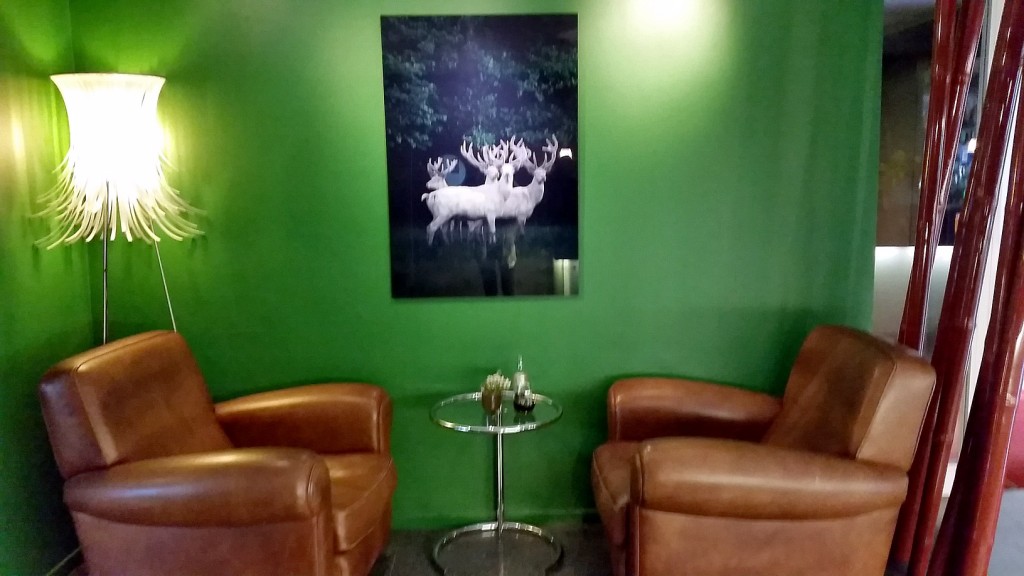 The lobby with cosy leather chairs and artwork by Frank Stöckel 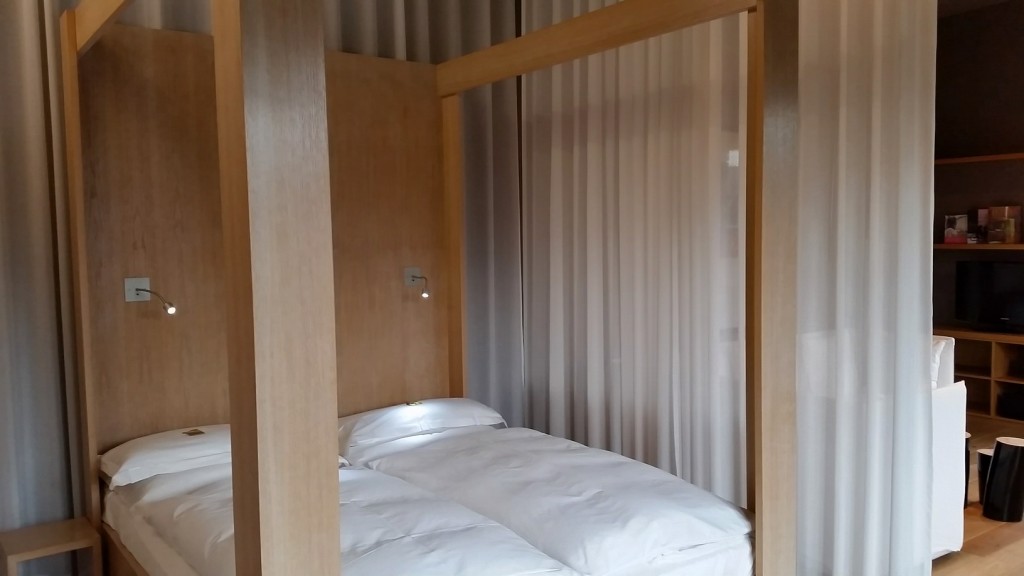 The New Yorker also has an eye for the romanticists: Suite with four-poster bed 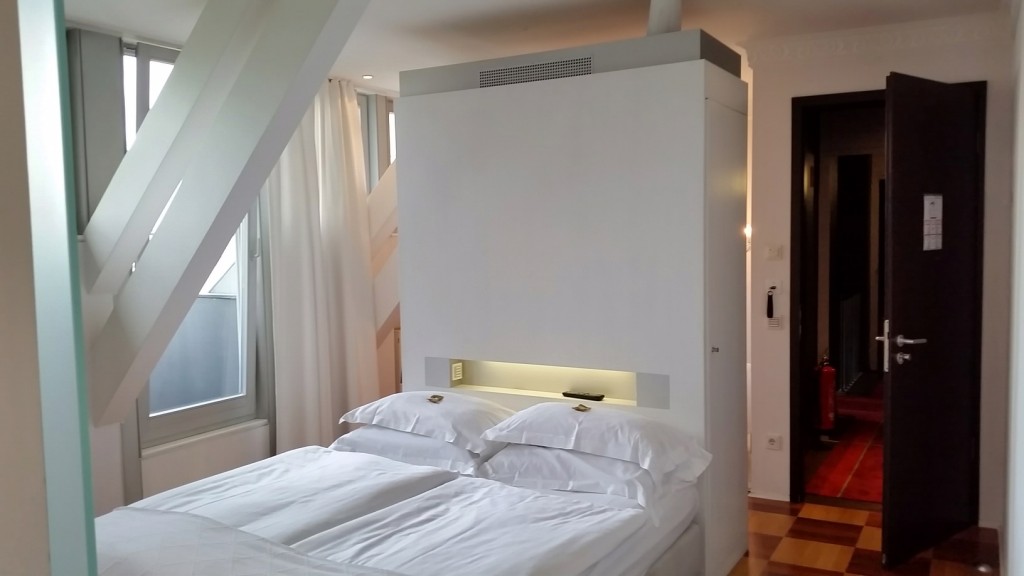 “I love contrasts – inspiring and atmospherically at the same time.” Johannes Adams explains his hotel design 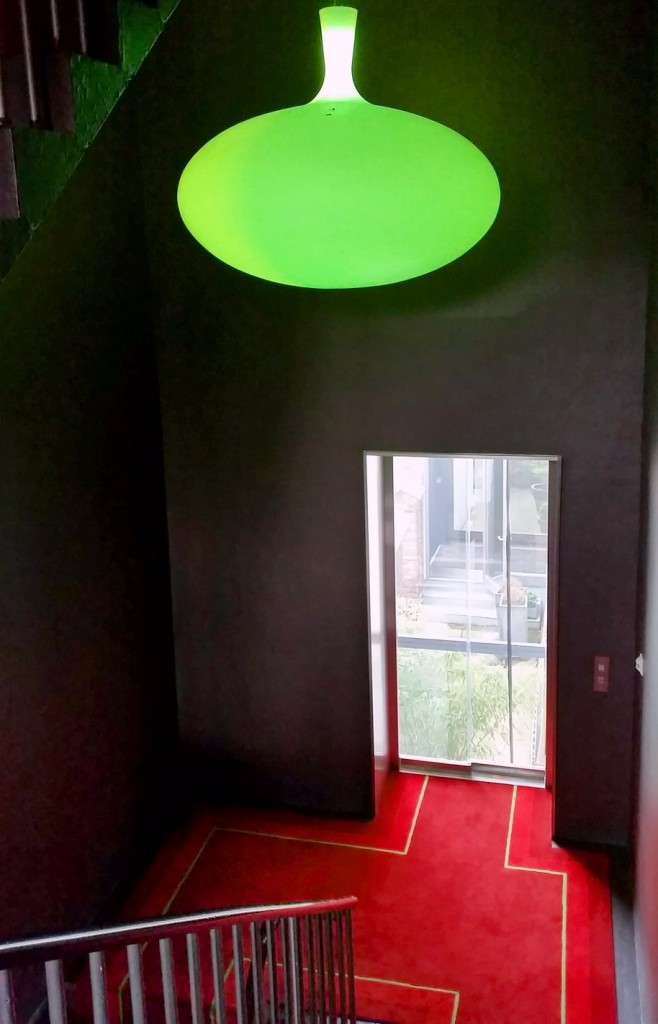 So cool: the black painted staircase with a green lamp 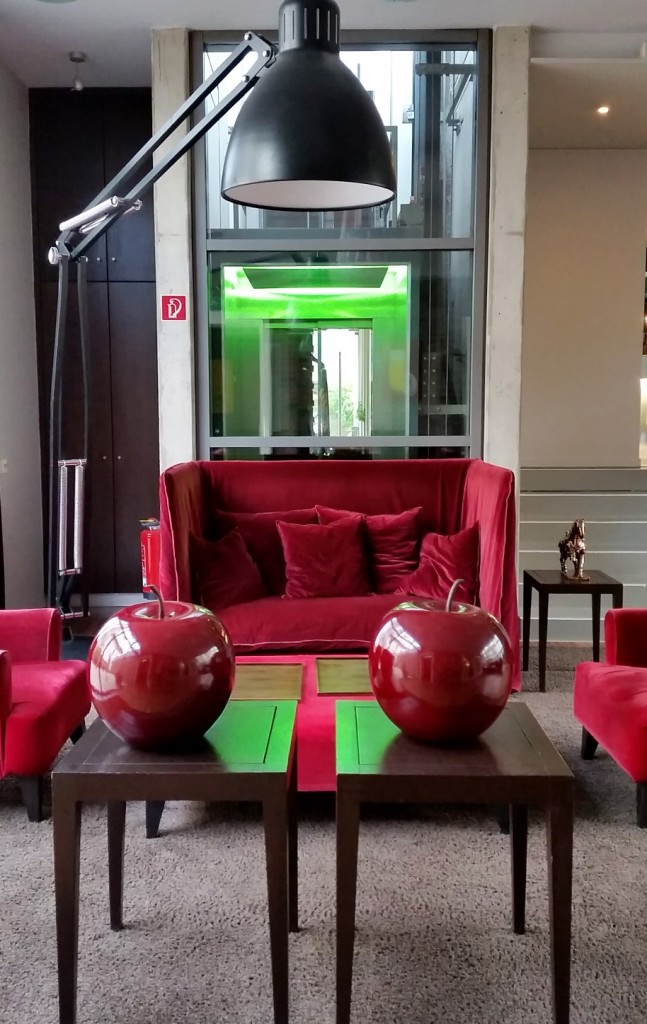 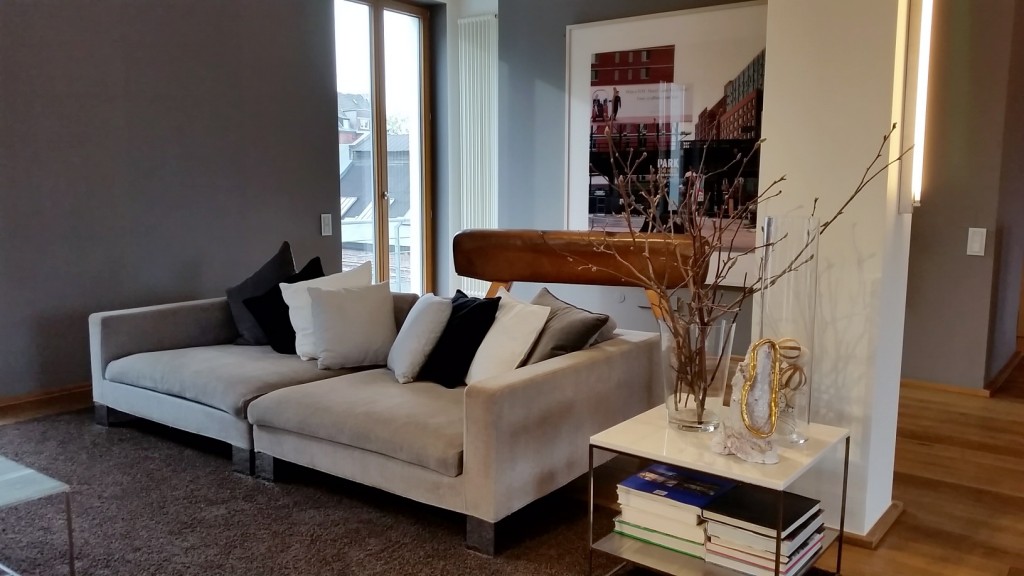 Highlight under the roof: generous event location with loft atmosphere 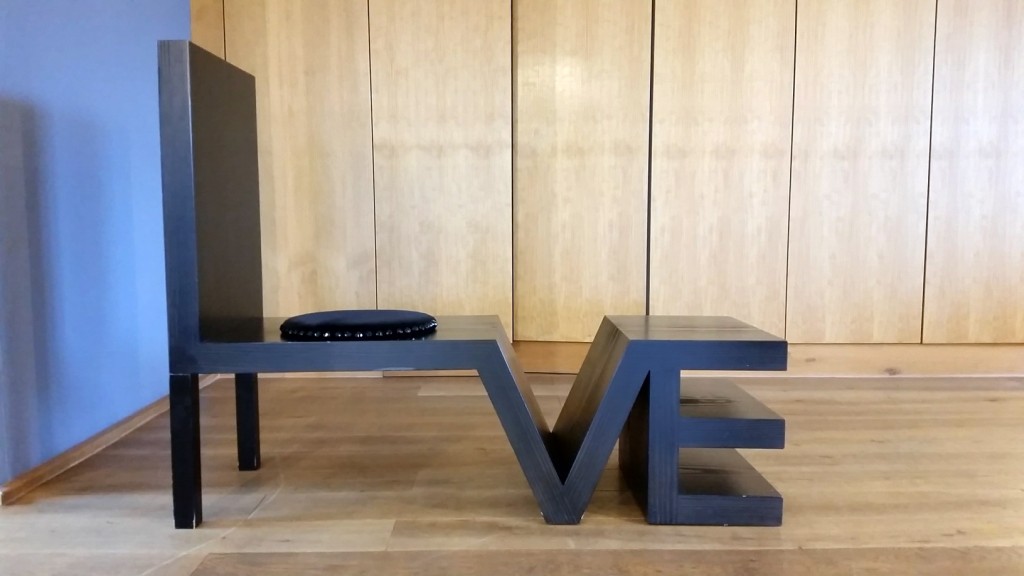 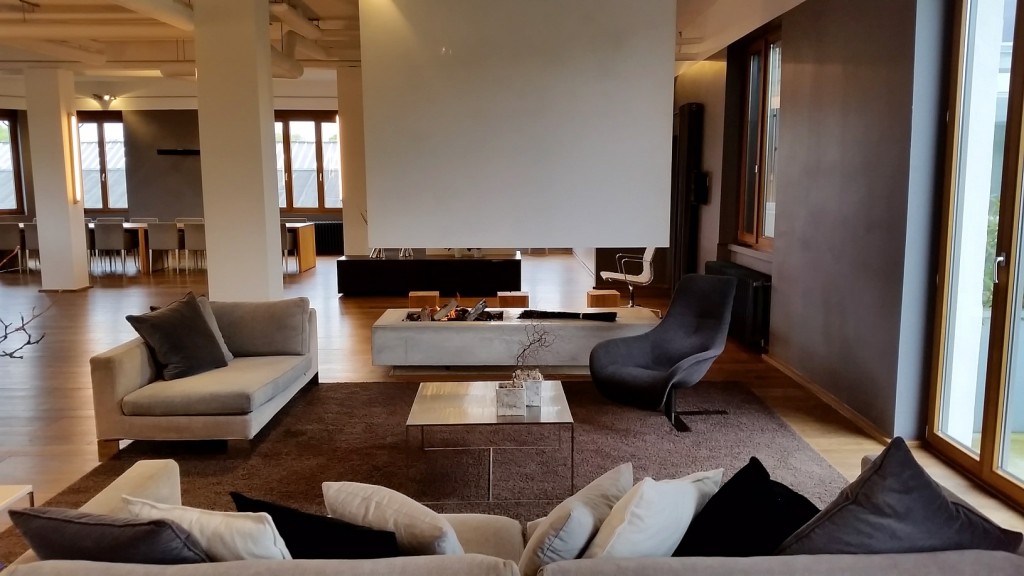 “Conservatory and fireplace divide the room”, describes Adams the loft-like atmosphere, “one can’t capture it directly.” 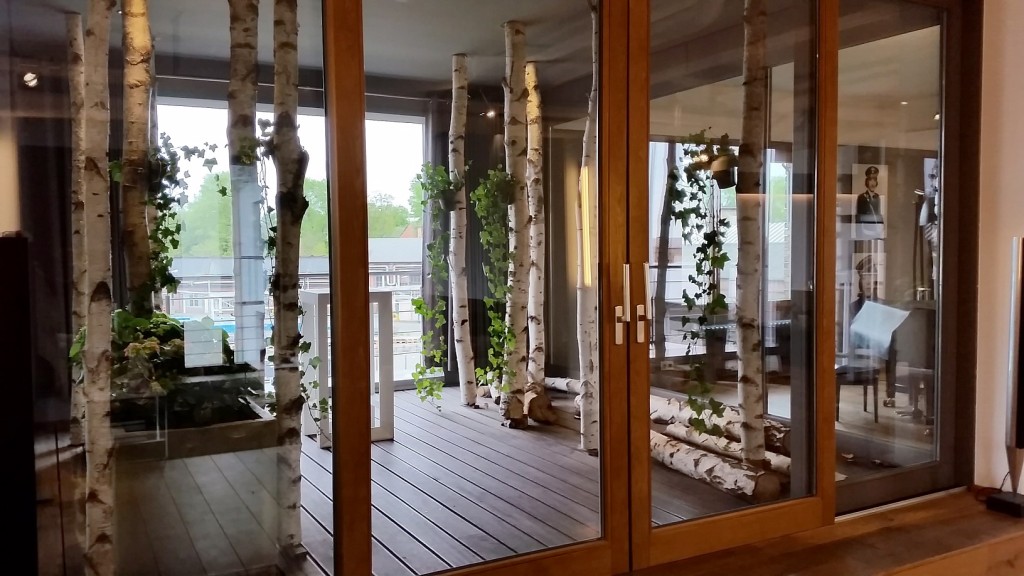 The Object ‘Birkenast‘ in the conservatory comes from artist Thomas Hackenberg 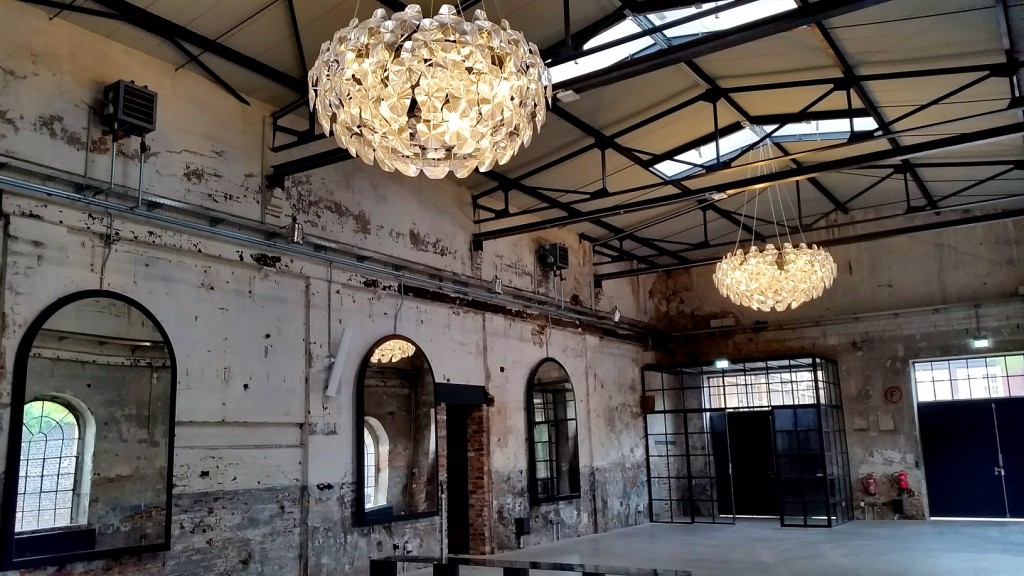 Just a stones throw away from the design hotel the old factory hall, that Johannes Adams discovered, refurbished and that since fall 2014 had become one of the coolest event locations in Cologne, is located: The ‘Harbour Club’ situated directly at the Mülheim harbour. The modern chandelier ‘Hope’ from Luceplan provides the perfect lighting 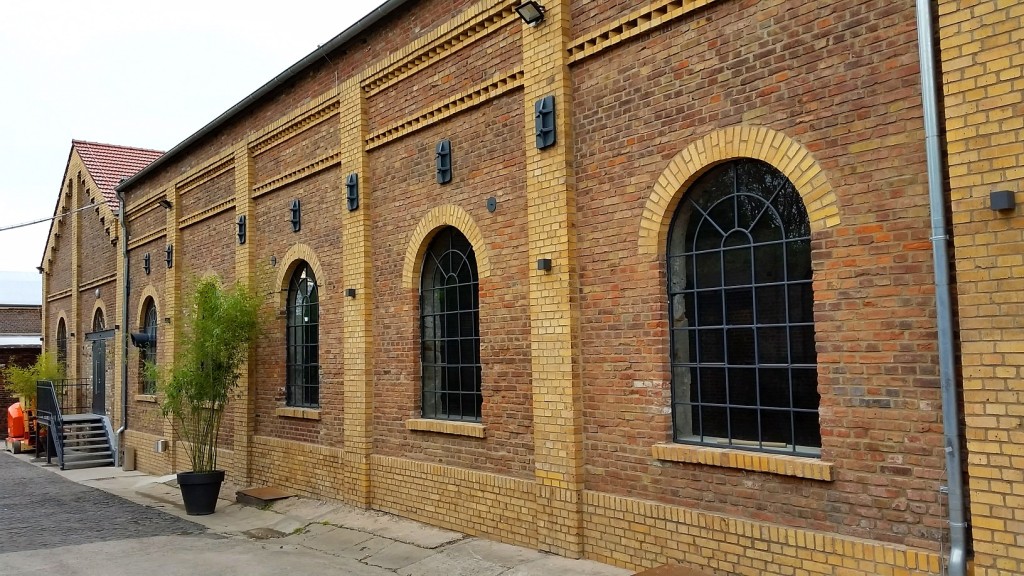 The charisma of the former factory building stayed intact after the refurbishment. In this listed hall one can celebrate on 600 square meters

Johannes Adams’ three ultimative tips for Cologne:
1.) The Bar ‘Pepe’ in the Belgian Quarter: They have the largest selection of gin.
2.) ‚Törtchen Törtchen‘ or ‚Madame Miammiam‘: For sinfully delicious Sweets.
3.) And my newly opened restaurant ‚Long Island Grill & Bar‘ with wonderful views of the Rhine and the cathedral city.

A perfect day at Lake Como
What: My personal tips for sightseeing and more Where: Lake…